Recommended for tactics fans out there. 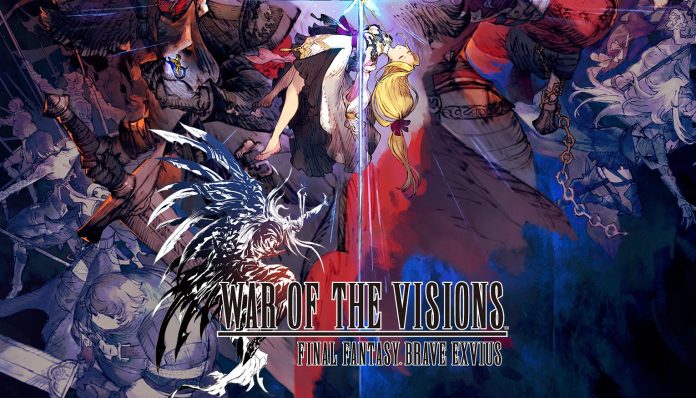 A lot of folks probably have fond memories Final Fantasy Tactics for the PS1, and I myself also loved the game, albeit in its portable FF Tactics Advance for the Gameboy Advance. While I’m not too familiar with the other spin-off FF games, I gotta admit that Tactics is a great game that I’ll definitely replay when I get the chance. Because I liked the FF Tactics a lot, I was excited when Square Enix announced that War of the Visions: Final Fantasy Brave Exvius will have an international release for our mobile devices, especially as its gameplay is reminiscent of FF Tactics (at least that’s what I got form the previews).

Now, the game has finally been released worldwide, and I got a chance to try it out. So the question is; is it worth it playing given that there are already a lot of tactical RPGs (with gacha elements) for mobile? Find out here in our review of War of the Visions!

First things first, you need around 8GB of free space on your phone to download everything, so you better free up some space. Plus, you’ll need to have a stable connection while downloading everything if you really want to play it.

Taking place in the same world as Brave Exvius, War of the Visions’ story revolves around the continent of Ardra and its surrounding kingdoms; mainly the Kingdom of Leonis. The game follows the Crown Prince of Leonis as he learn that war and conflict is inevitable when protecting what is important to him and all other stuff that unfolds. With the help of Visions, he can summon the physical manifestation of great warriors to aid the party in battle.

The story is told through cutscenes played before each mission. These scenes are quite interesting as they come fully voiced and have detailed character sprites. There’s also the option of choosing between English and Japanese voices, a really nice option which I rarely seen in mobile games. 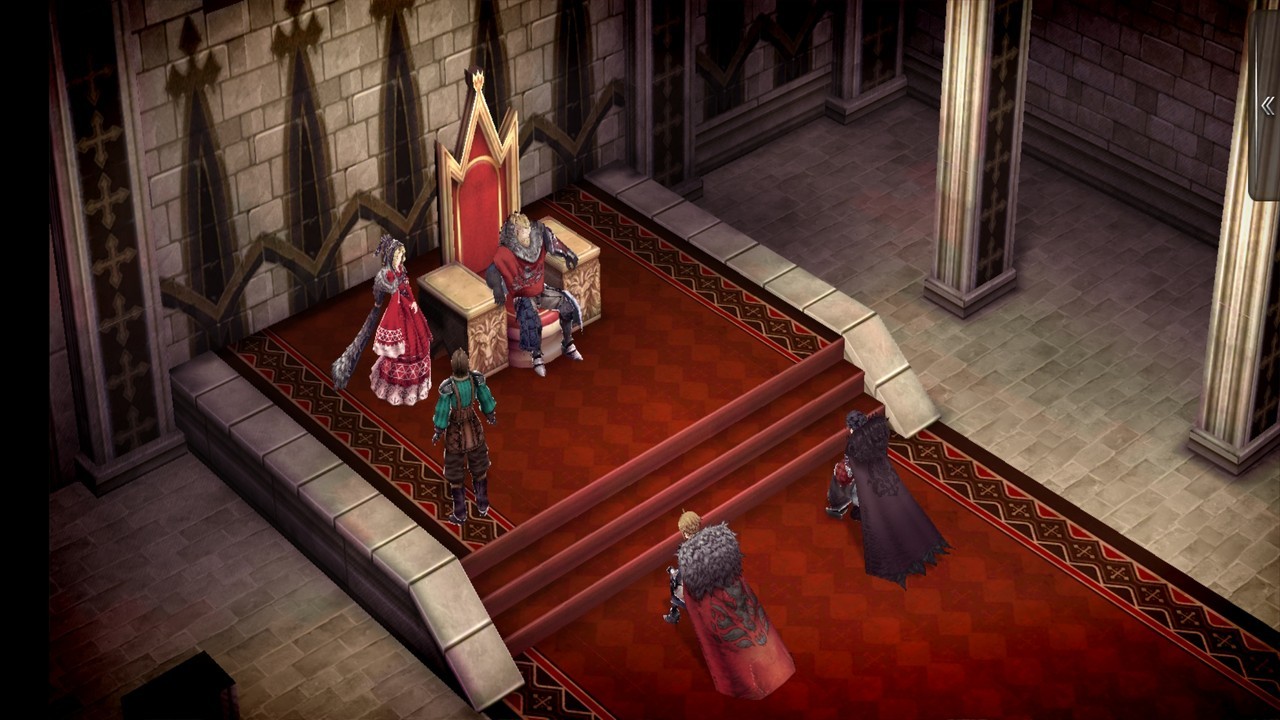 As for gameplay, War of the Visions takes the grid-to-grid gameplay of FF Tactics complete with a lot of mechanics on the side such as elemental weaknesses, attack resistance, chain damage, elemental chain damage, and Summons; not to mention that there’s also high ground and unit affinity to consider. There’s just a lot of mechanics to keep in mind which you can use to get the advantage in battle, or get screwed over if you forget. There’s definitely a lot to take in at the start, luckily everything can be learned through the Beginner Hall, a tutorial stage which is highly recommended for everyone to finish as it informs the players about the mechanics and gives rewards upon completion. 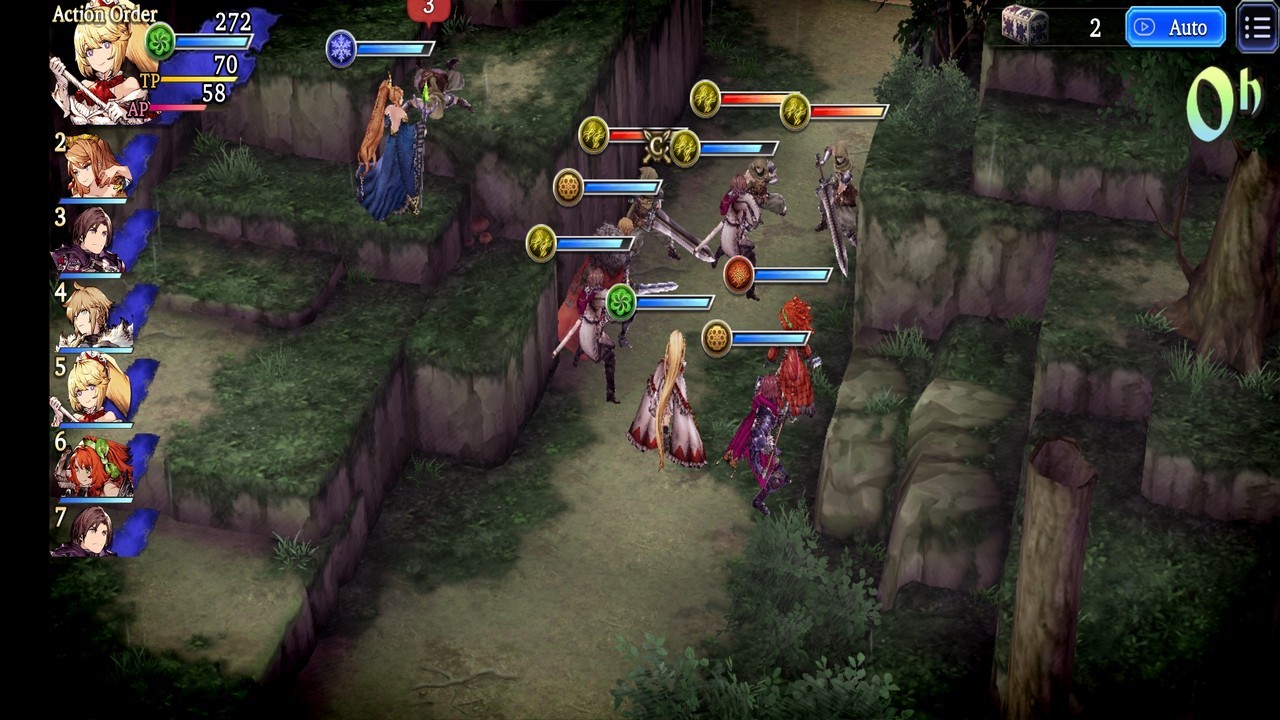 The combat is a bit complicated as there’s just a ton of stuff to consider. Basically, each turn you can either cast a spell or do normal attack. Depending on the spell, each require a certain casting time (turns) before it can be launched. Meanwhile, normal attacks can build up damage by doing consecutive attacks on the same target; attacking at the side or on the back of an enemy can also fill up the summoning gauge faster.

There are also Summons which can have devastating effects on your enemies while delivering unique effects to the battlefield, like Ifrit who blazes foes in his wake while increasing fire characters attack. Aside from being powerfuls, Summons are fun to watch as they come with cool cinematics; though I gotta admit I do skip them at some points as some of them are really lengthy.

While the battle system is pretty engaging, the downside is that each stage can really feel just the same thing, which kinda sucks specially when farming a certain material. Fortunately, you can set the battle in auto so the CPU will take care of everything, though it’s only recommended if you are confident enough that your team can handle enemies their own. You can also use skip tickets to skip the whole thing and gain the same rewards at the end of the stage. 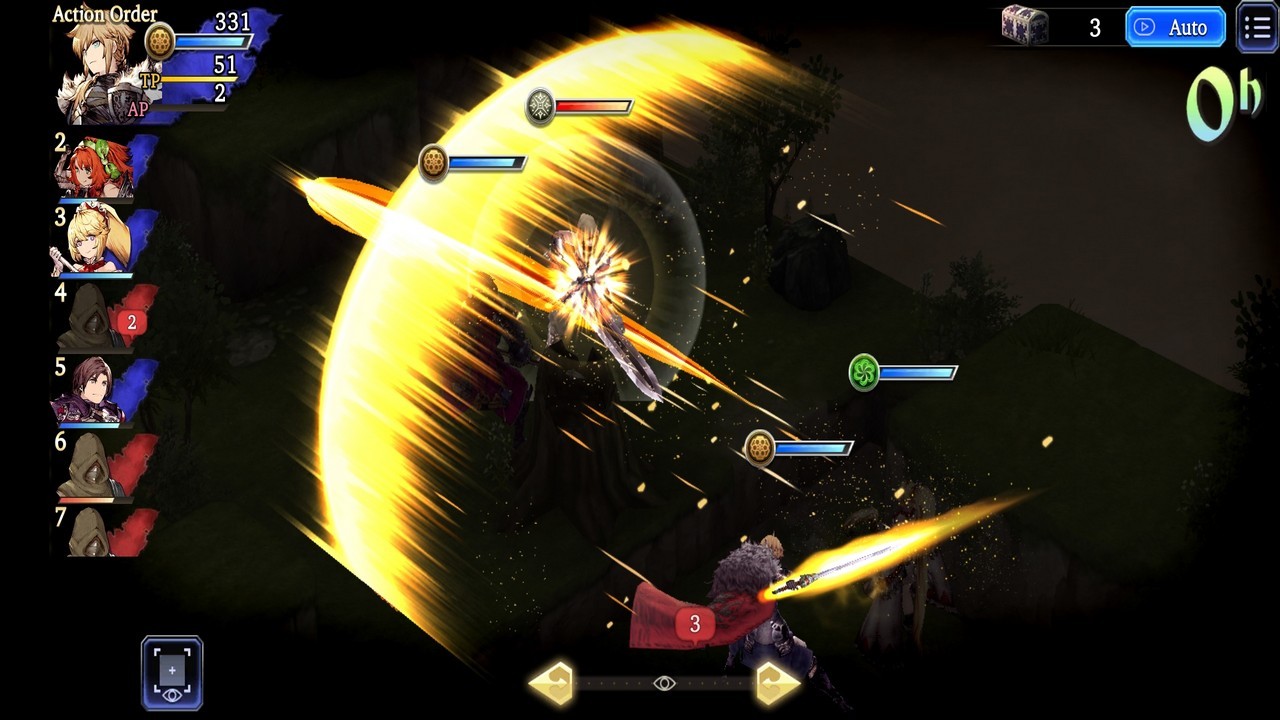 You can get a ton of items and experience on the the single player campaign, but you can also try your raising skills or team line up to their limit with Multiplayer. Though if you’re coming form the single player mode, prepare for a challenge as PVP is quite difficult; I recommend doing a bit of a research and putting more effort into making the best team that you can. You should also hope for a bit of luck in getting new units because the best units can be gained through the gacha pull. If you’ve been playing a lot of mobile games like Honkai Impact 3rd, Azur Lane, and FGO, then you should know how much luck you need to get a good pull.

Thankfully, War of the Visions gives you a lot of chances to make those pulls like with the everyday free pull or a video summon that lets you do 3 free pulls each day provided that you watch the entire ad. If you are really keen on getting the best characters in the fastest way possible, you can always whale and spend some real world money. Either way, as with most gacha games, it is always up to you on how you want to get ahead. 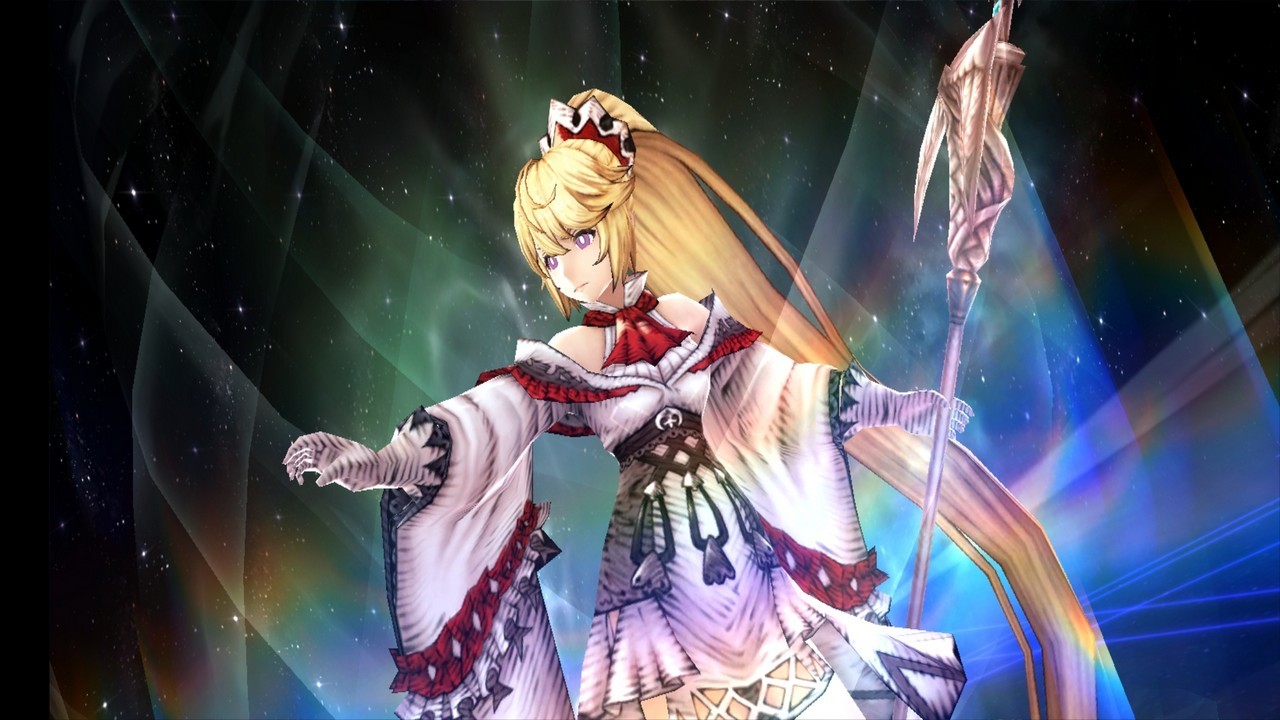 War of the Visions: Final Fantasy Brave Exvius is actually a pretty good tactical game for mobile. Despite its rather complicated gameplay and tiring farming for free-to-play players, it can be really entertaining to play in a long run, provided you are fine with gacha titles. Even if you won’t touch multiplayer, its single player campaign alone will give most gamers enough content for hours upon hours of gameplay.

Previous article
‘Game of Thrones Beyond the Wall’ now available on Android
Next article
Which PSN Region should you buy the FF7 Remake in? | Pinoy Gamer Guide

A wonderful homage to the original Tactics game, War of the Visions is easy to love thanks to its wonderful visuals and comprehensive story campaign . Although it can be really tiring to grind as a free-to-play player, and having good luck in the gacha is all but required for multiplayer, War of the Visions offers enough content to satisfy. War of the Visions: Final Fantasy Brave Exvius Review | More than your average gacha game