An exciting collaboration is happening right now in the block “battle royale” game Tetris 99. As if the game wasn’t as intense and competitive enough, it looks like the fast-paced game wants to tone it down a little and add a little Animal Crossing: New Horizons into the mix! 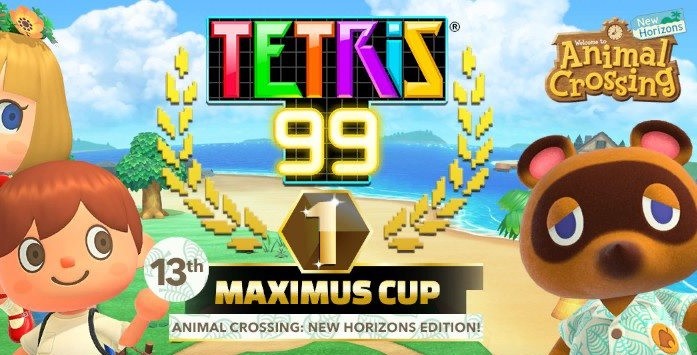 During the game’s 13th “Maximus Cup” event, players are encouraged to participate and join in on the action. 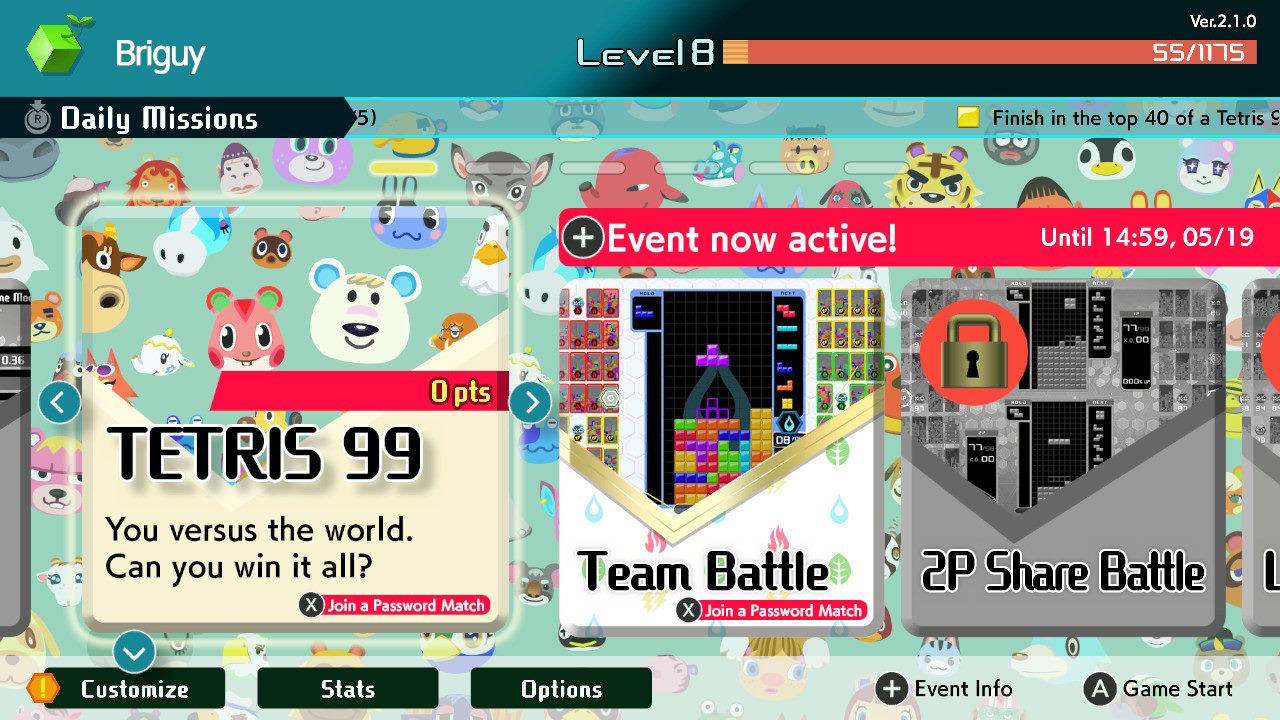 Why would you join you may ask? Well there’s a sweet incentive when you jump in the game’s Tetris 99 mode. 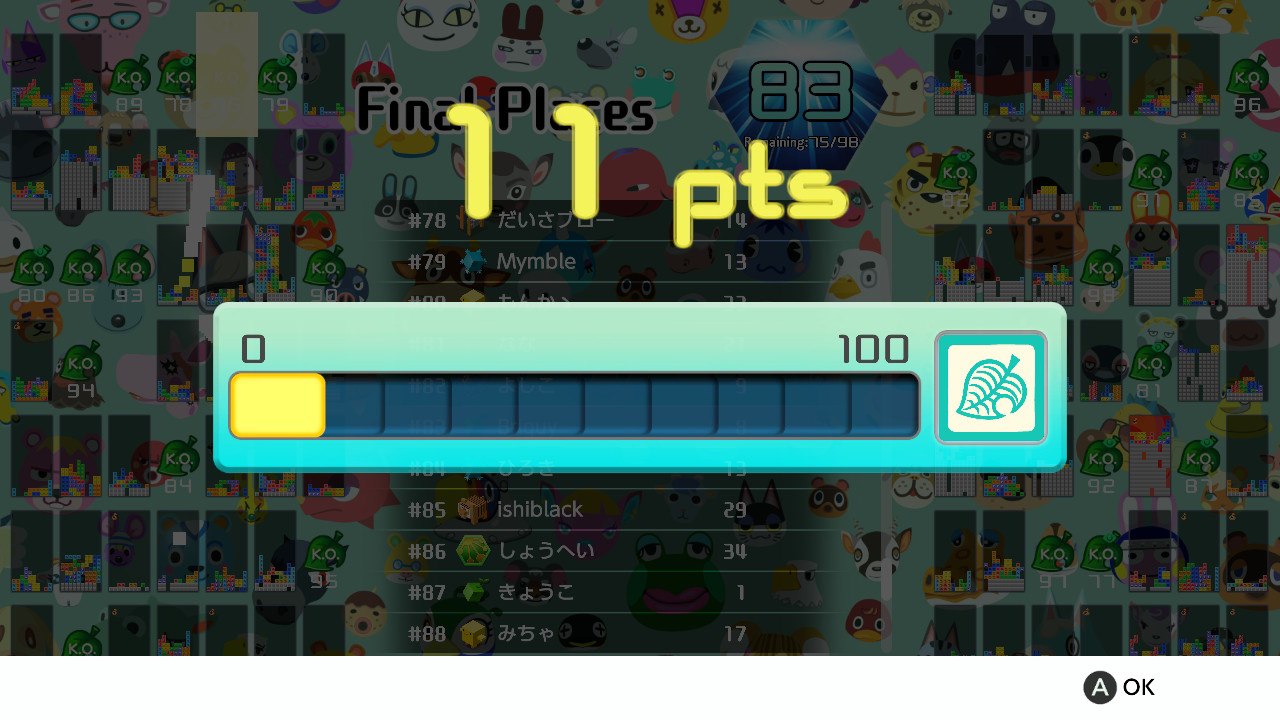 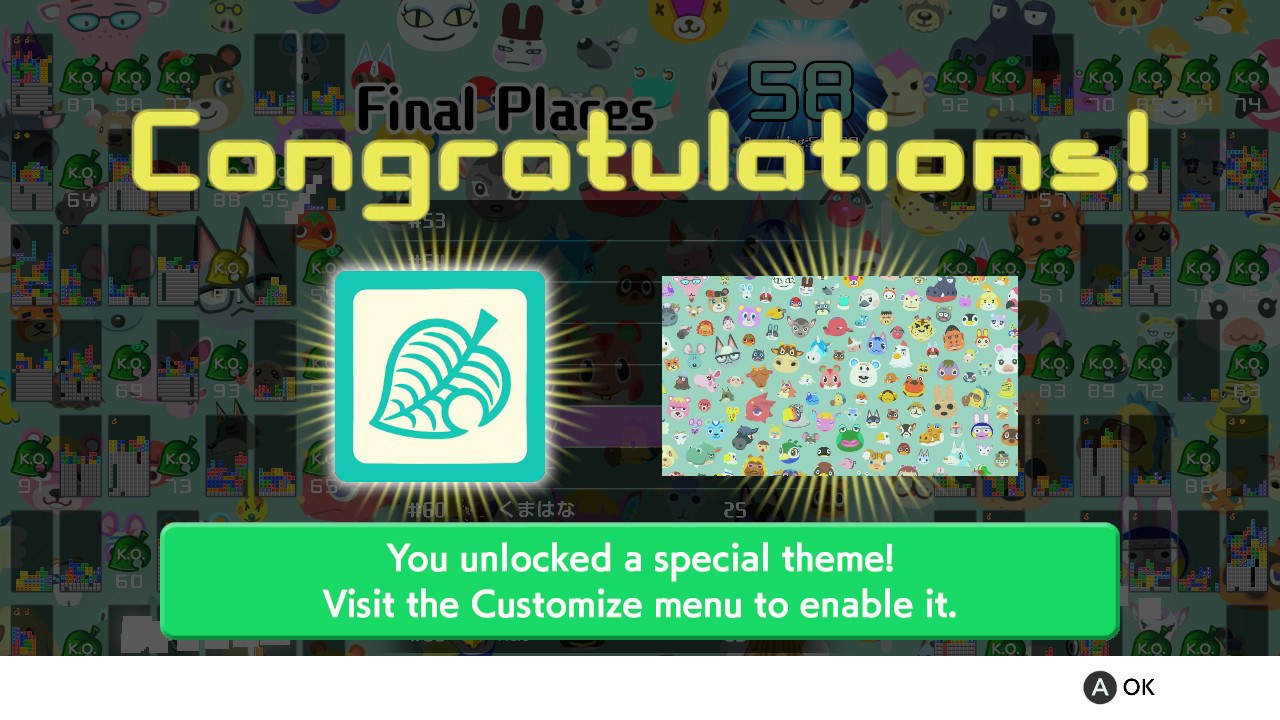 Just by playing the game you will get a certain amount of points depending on your placement and when you reach 100 points, you will get an exclusive theme, icon, music and sound bytes coming from Animal Crossing New: Horizons! Sweet! I really dig the background and the laid-back tone ACNH gives to Tetris 99, though I wouldn’t say that it dials the tension down as the game is naturally stressful enough, its still a wonderful addition to the game.

The game is no stranger to collaborations. Before there was a Fire Emblem: Three Houses partnership that gave the players with the same incentives just mentioned.

If you know me, I’m a sucker for these collaborations and it gives me a great reason to play more. The event is ongoing right now from May 15 to May 18, 2020 so drop everything and get to it!

- Advertisement -
Previous article
A ‘League of Legends: Wild Rift’ Alpha Test is coming to the Philippines
Next article
2K and Firaxis give us a first look at Lady Six Sky of the Maya in Civilization VI