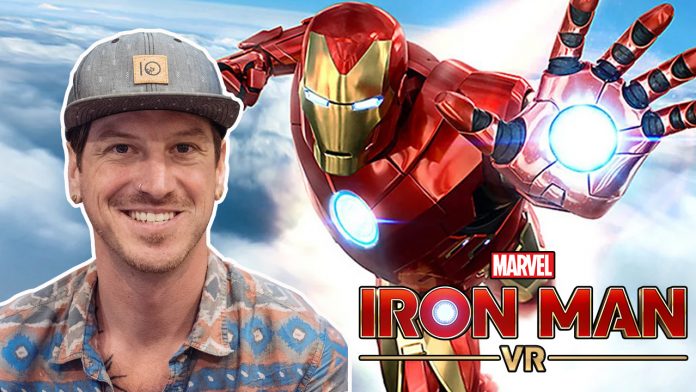 As of this moment, Iron Man VR has just gone GOLD and is ready for its scheduled release. While the official release of Iron Man VR is slated for July 3, 2020, the demo of the game is freely accessible in the PSN Store. If you are one of the people who took the time to try it out then you will know that this game is one of the very few TRULY impressive VR titles out there as it goes BEYOND the typical shooting gallery / rail-car experiences that VR games usually go for. Iron Man VR not only features a full 360 degrees of motion and flight but it also seemingly pulls off the golden objective of a Superhero Game – making you feel like YOU are the said hero. Those that nail that objective usually go on to be milestone titles of gaming as you’ve seen with the Batman Arkham Franchise and Marvel’s Spider-Man.

Today, UnGeek along with other international media got the chance to chat with Ryan Darcey, Game Designer of Camouflaj, the team behind Iron Man VR. Given this chance, we really wanted to get to know more about the gameplay experience of Iron Man VR especially since VR titles haven’t had a lot of successes throughout the years. “The first thing we focused on as a team was ensuring we nailed FLIGHT… We knew if we couldn’t make that happen, it wasn’t worth making the game. Solving the locomotion aspects of VR is one of the most challenging aspects. Hence the first thing we did was look at the source material – look at Iron Man.” says Darcey. After detailing it even more, he revealed that it was with the movies where they were able to get inspiration to see how he moves, flies, use his thrusters, and the Iron Man hub that Tony sees when wearing the helmet. “It’s really one of the standout features in the game. The ability to have the full 360 aerial freedom is critical to FEELING like Iron Man. Iron Man is almost a perfect match for VR in the way the helm and hud translate into the visor… in the way that the thrusters translate to the MOVE controllers. What you see in the demo today is how… many many iterations later that adds the comfort and control that allows players to say ‘I AM IRON MAN’ which is a lot of what we’ve been seeing on streams and hearing on the Reddit threads. That’s the ultimate goal – to make the player feel like they ARE Iron Man.”

Now despite them using the movies as a core inspiration for the game, the game actually is a separate canon from both the comics and the movie which is interesting when you think about how they could’ve used either as a strong template as well as a jump-off point for interest as they’d be working with an already established universe. Game Fever asked about this and Ryan Darcey reveals that it was mostly about Freedom. “I much prefer that because it allows us the freedom to take inspiration from the film and from the comics and pull what we want… that we like that will crack this experience specifically for VR. We get to choose what locations the players get to travel to in the game and ensure that those locations work well with flying around. And also what characters will be in the game.” But if you REALLY need an anchor point or a reference towards what the story can be, Ryan did mention that the story was influenced by the Demon in a Bottle series.

“That’s the ultimate goal – to make the player feel like they ARE Iron Man.”

So yes. Not ONLY is this a VR Game with fun gameplay, this also has a good story narrative. “We attacked the game from both directions (gameplay and narrative). The core combat loop starts evolving across the entire campaign as well as the narrative. It’s very limited as to what I can say about the narrative… but as far as how the gameplay evolves, you definitely get a nice solid slice of what the game has to offer in the demo. But the way we start mixing it up is by introducing new environments, new iconic Marvel locations and set pieces and new weapons that you unlock and upgrade over the course of the campaign and introducing new enemies that are unique and challenge the player in different ways… We’re really confident that we delivered (across) an 8-10 hour campaign and we’re taking what’s really fun and awesome about the demo and we’re continuing to push that high quality across the entire campaign by ensuring that there’s a constant ‘upping the ante’ in the gameplay and new things for the player to master and explore.”

With all that said, we really can’t wait to get our hands on the full game and take on the full experience and we highly recommend that you do so as well when the game comes out. We could very well be looking at another gold standard for VR games told through the lens of one of Marvel’s most charismatic and beloved superheroes of all time.

- Advertisement -
Previous article
Sony PlayStation’s ‘Days of Play’ is back in Asia with a lineup of great deals!
Next article
Harvest Moon: One World announced for the PS4