Just as powerful as the Pro! 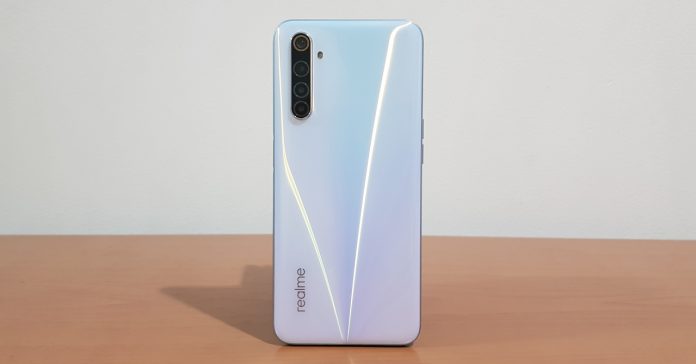 Alongside the 6 Pro, realme also launched the realme 6, another mid-range smartphone that’s a bit more affordable than its Pro counterpart, all without sacrificing important features. Similar to the Pro, the realme 6 has a 90Hz refresh rate display, making it one of the most affordable high refresh rate phones we’ve seen.

Of course, the realme 6 does not share everything with the Pro model. For one, the 6 has a Helio G90T instead of a Snapdragon 720G processor. The realme 6 also lacks a secondary selfie camera, as well as a dedicated telephoto shooter. In spite of these differences, I still think the realme 6 is just as good a deal as the Pro.

Find out why here in our full review of the realme 6! 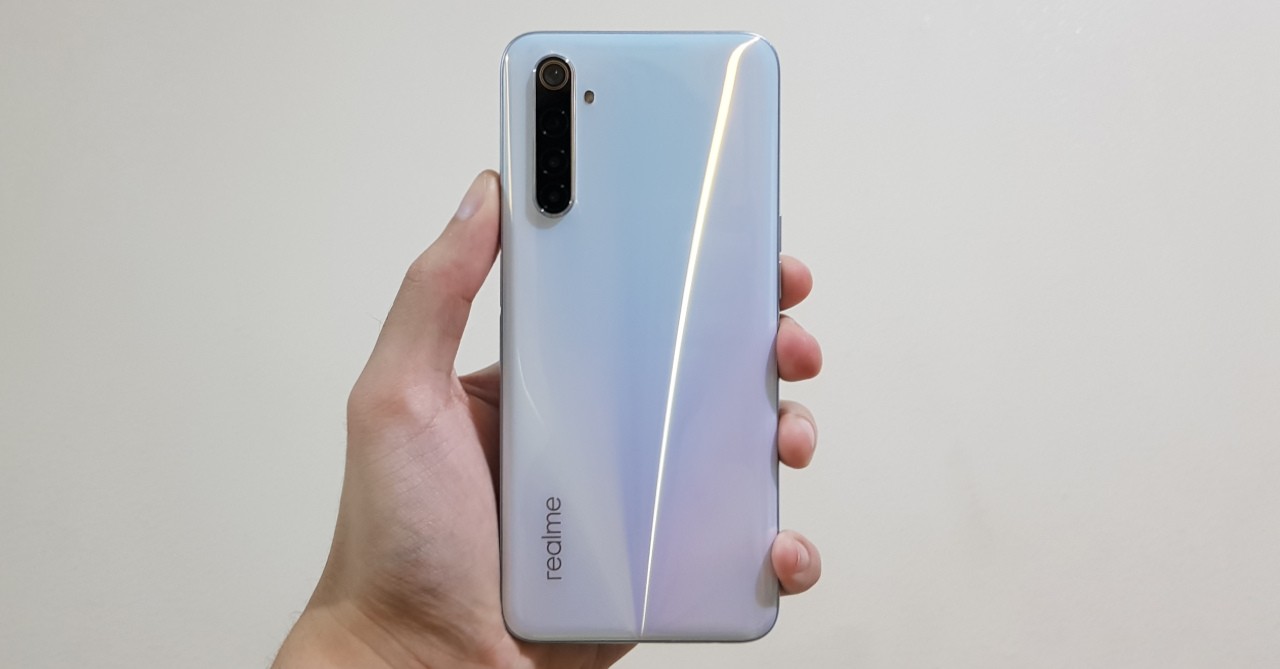 Since it arrived in the Philippines in 2018, realme has consistently released great-looking smartphones with unique designs. The realme 6 continues this trend as it has an attention-grabbing design at the back thanks to a unique light refraction effect. As for its material, the realme 6’s back looks very much like glass, but it’s actually made of a plastic material. 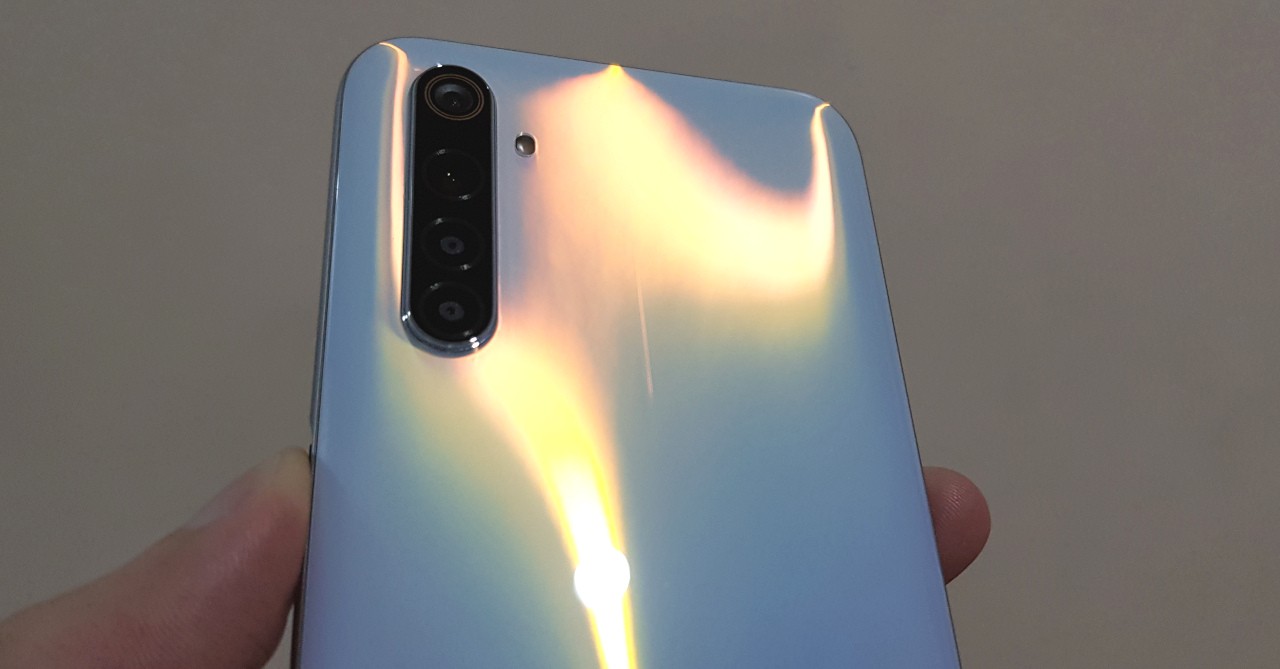 While it looks and feel great in the hand, I did run into a problem with the realme 6’s back. Even though I didn’t handle the phone roughly, nor did I drop it accidentally, I found that the realme 6 scratches quite easily (notice the scratch at the middle in the image above). Because of this, I’d recommend using a case with the realme 6; good thing it comes with one in the box. 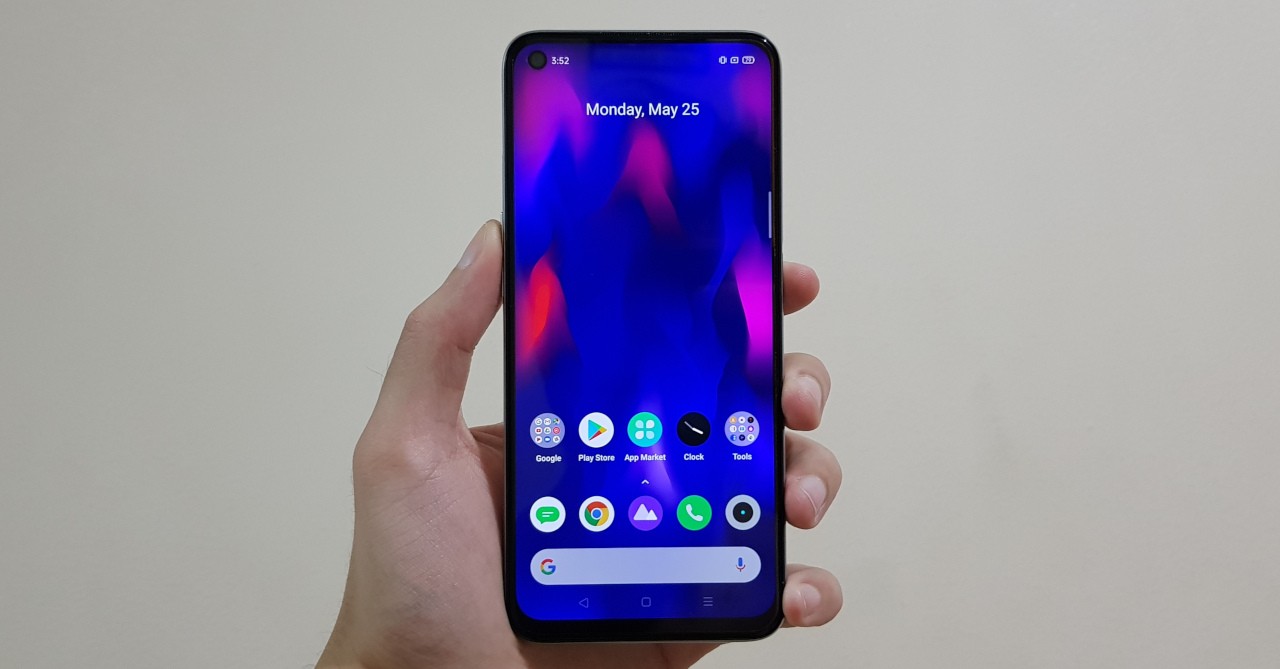 While the back may have scratched easily for me, this wouldn’t be a problem from the front thanks to Corning Gorilla Glass 3 that protects the realme 6’s 6.5-inch 90Hz refresh rate display. Aside from being scratch-resistant, the realme 6’s display looks nice thanks to its the slim bezels and the tiny holepunch notch at the upper left. 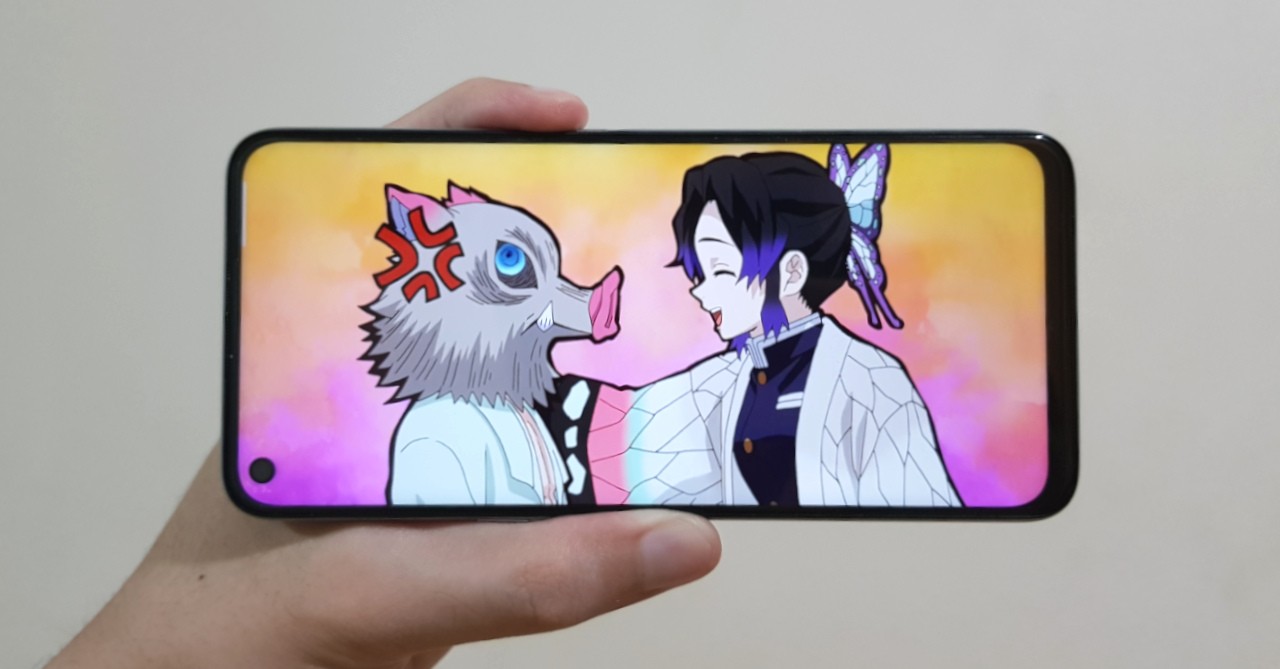 The realme 6’s large size, FHD+ resolution, and good color output make it a great device for binge-watching. While it’s not an AMOLED panel, the realme 6’s display should be bright and vibrant enough for most users. So if you love watching anime, movies, or TV shows, the realme 6 is definitely a fitting partner for your video-viewing needs.

Take note though, if you’re going to binge-watch on the realme 6, having headphones or an external speaker is recommended. Sure, the phone’s onboard speaker can work in a pinch as it gets decently loud, quality isn’t the best as audio sounds a bit tinny and harsh, especially at max volume.

The realme 6 is powered by a MediaTek Helio G90T processor, another new chipset made specifically for gaming. In my gaming test, the realme 6 delivered great results.

Compared to the realme 6 Pro, I found that the realme 6 matched the Pro’s performance in the games I tried out. This means the Helio G90T-equipped realme 6 is (likely) just as powerful as the Snapdragon 720G-powered 6 Pro. I was expecting the realme 6 Pro to perform noticeably better, but it turns out, they’re both equally great for mobile gaming.

Compared to the Pro, the realme 6 doesn’t have a dedicated telephoto shooter, nor does it have an ultra-wide camera selfie cam. Even without these aforementioned cameras, the realme 6 still takes good photos in its own right.

The 8MP ultra-wide of the realme 6 captures images with roughly similar quality as the 6 Pro. The realme 6’s ultra-wide captures good photos in daytime, but low light images take a noticeable dip in quality.

The macro camera is also nothing spectacular. While it can make for creative photos, it performs just as well as the macro shooters in previous realme smartphones.

If you love taking selfies or photos, the realme 6 won’t disappoint. The phone’s 16MP selfie shooter takes quality selfies that are social media-ready. As for portraits, the realme 6 captures portrait shots with a fairly natural background blur effect thanks to the dedicated 2MP depth sensor. 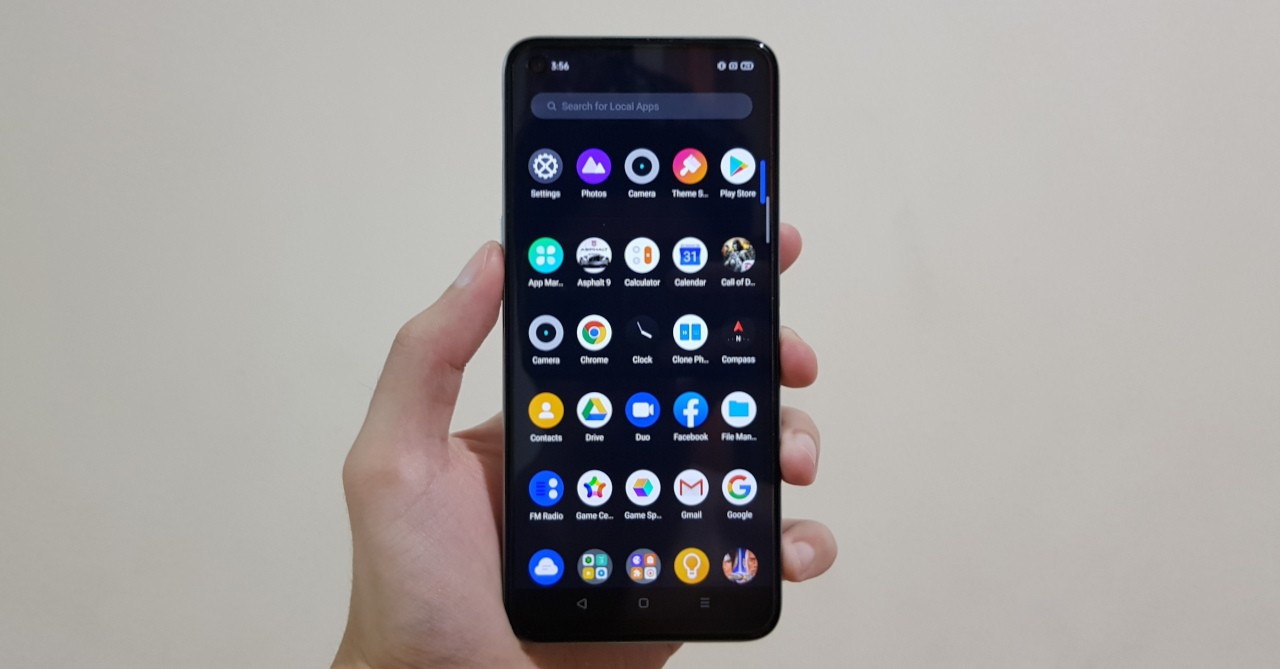 For everyday use, the realme 6 is an excellent phone. Thanks to the capable Helio G90T processor, the realme 6 was fast and snappy, even when switching and running multiple apps. The fast 90Hz refresh rate also helped a lot in making the phone feel incredibly fluid to use.

While the 90Hz refresh rate display may seem like a feature that will result in a short battery life, I was pleasantly surprised to find out that the realme 6 is able to last for over a day with medium-heavy use on a single charge, even with the display set to 90Hz. While you’ll probably be able to drain the battery faster than I did, the phone does come with VOOC flash charge support for quick charging.

Similar to the 6 Pro, the realme 6 has a Type-C port, and a responsive side-mounted fingerprint scanner. Finally, the phone runs on the latest Android 10 with realme UI, a user interface with various nifty features such as a system-wide dark mode. 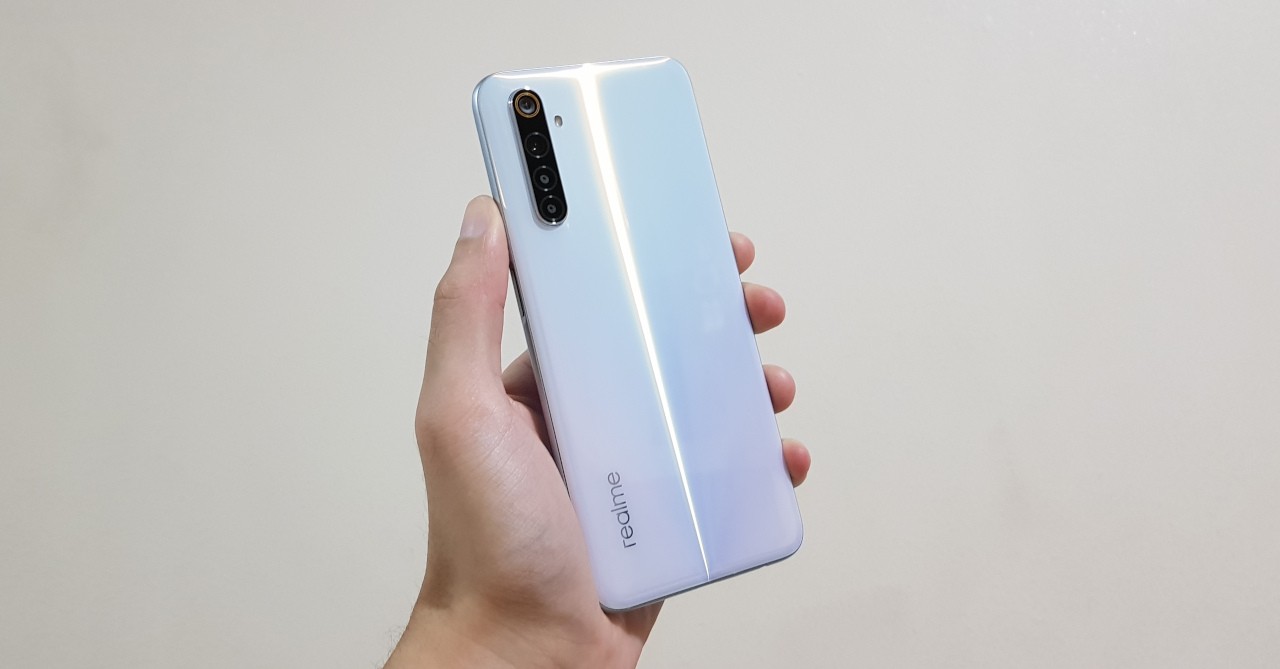 While it may not have all the bells and whistles of the Pro, the realme 6 is still one of the best smartphone deals you can get, especially considering that its price starts at only PHP 11,990. At this price point, not only will you get a powerful processor for gaming (that performs just as well as the 6 Pro), you’ll also get a good set of cameras and a 90Hz refresh rate display.

The only problem that I ran into was that the phone’s back may scratch quite easily. Though it helps that the phone comes with a case inside the box, making this issue is far from a deal-breaker.

Overall, if smoothness and gaming performance is your priority, the realme 6 is a great choice!

Previous article
Geek Lifestyle Review: realme 6 Pro
Next article
Here are the games confirmed to release on the PS5 so far

Thanks to its great gaming performance and capable set of cameras, the realme 6 is one of the best mid-range deals right now. Plus, it's easily one of the most affordable smarphones with a 90Hz refresh rate display that's available right now. Geek Lifestyle Review: realme 6