Legends of Runeterra Review | Not just the luck of the draw

A card game that's well worth checking out! 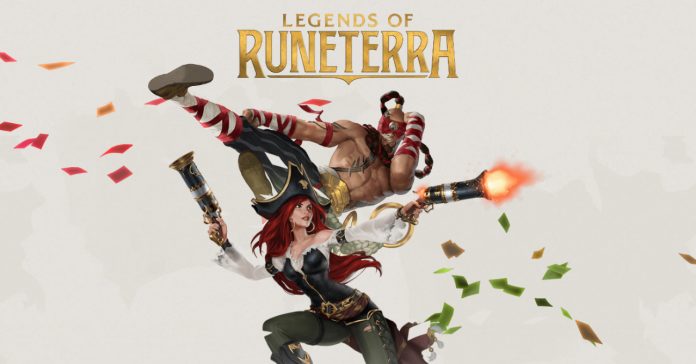 Riot Games has been around for a decade now, and the chances are you’re still playing League of Legends. While LoL is still lots of fun to play, sometimes it just gets tiring, especially when you get burned out by a bad losing streak. If you need a game to take your mind off things, but still want to play something in the LoL universe, Riot’s latest game might be the perfect solution!

Legends of Runeterra is Riot’s newest title, and it’s a collectible card game (CCG) that features LoL champions; plus, it also further explores the world and lore of League of Legends.

As expected from Riot, Legends of Runeterra is a quality game with lots of polish. But is it fun and engaging enough to survive in the competitive CCG scene? Find out here in our review!

No, it’s not Rocket Science 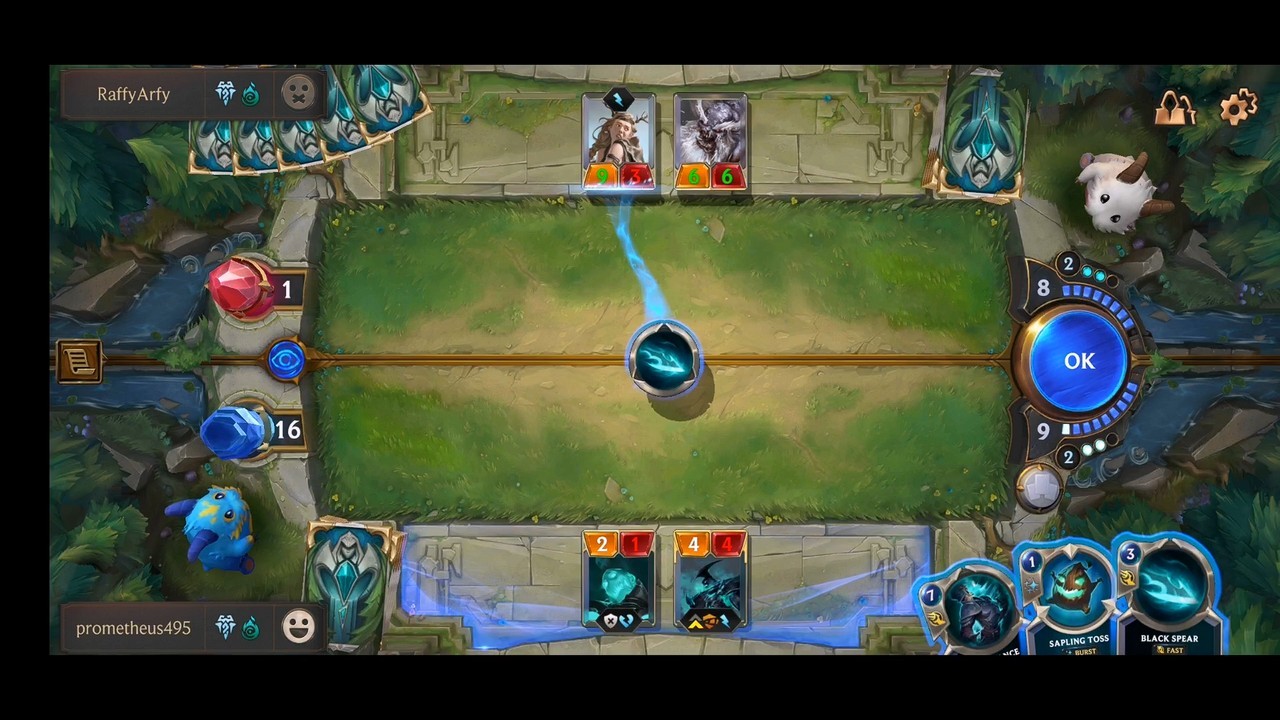 At its core, Legends of Runeterra works similarly to other card games in that the main goal is to reduce an opponent’s HP to 0. Though when you add in all of the game’ mechanics, some people might find the gameplay quite complicated at first. Runeterra does need some getting used to, especially because of all of the unique terms that come with each card; not to mention the flow of action that each players can do in every turn. The good thing is that the basics are explained by Lux in a tutorial that’s quite easy to follow, though there are some aspects in the game which you can only discover yourself. So if you want to thrive and flourish in the rank ladder, proper understanding of the game mechanics is a must, and you can only do so by practice. 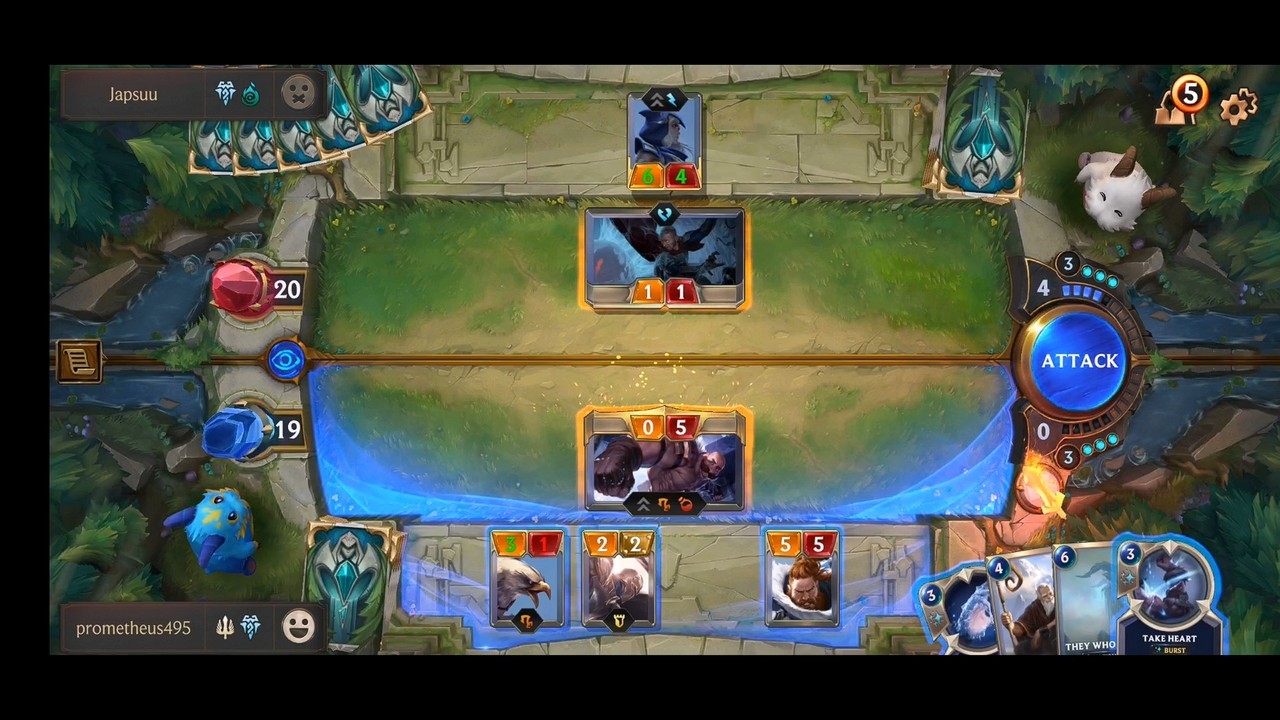 If you’re familiar with Magic the Gathering or Duel Masters, you’ll likely catch on quite easily. For instance, you can find some similar terms or abilities between MTG and Runeterra like Elusive cards that can attack the player directly and can only be blocked by another Elusive unit (likely inspired by Flying units). Then there’s the Overwhelm ability which deals excess damage to a blocking player, an ability that’s quite similar to Trample. While the critical use of Mana (from games like Duel Masters) for casting spells and summoning units also occurs here, the twist is that unused Mana on each round are stored (Max 3) that can be used to cast a spell on the next round. 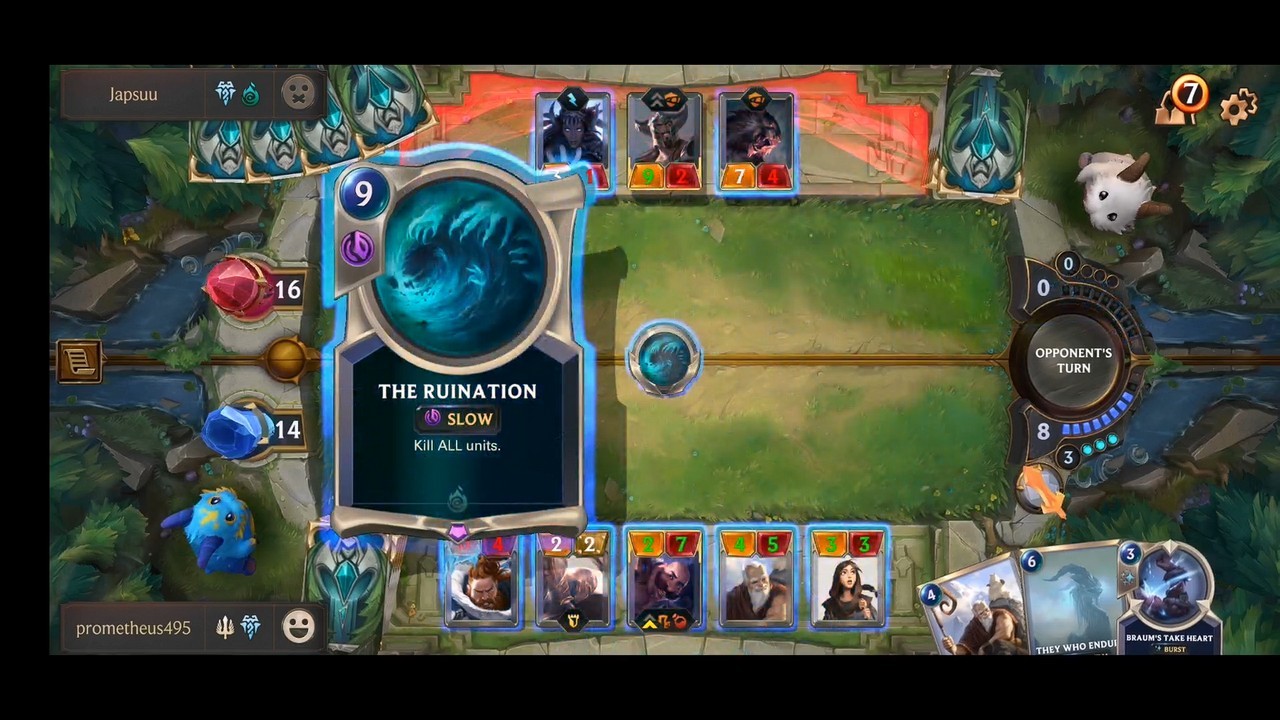 Much like in other card games, each player has their own dedicated turn, but each turn will have back-and-forth attack/defend phases. How it works is that for every action like summoning or casting a spell, the opposing player is able to respond. Actions alternate between each player as long as they have Mana to spend to summon a unit or cast a spell. This means players must think carefully before they make their move as the enemy can counter your moves and wipe out your board, even if it’s not even their “turn” yet.

Now lets talk about Unit cards, the cards that primarily inhabit the playing field. These cards are used to deal primarily to damage or block damage from the opponent. Unit cards are summoned in the field by consuming Mana. The number of Mana required for the summoning of a unit is indicated above the card. One thing that you have to note is that you cannot use the excess Mana stored to summon units as it is exclusively used to cast spell cards.

Again, if you’re familiar with MTG, these units have their own strength and toughness indicated by the number below. These numbers indicate the exact damage that they can deal and how much damage these unit can take. But unlike in MTG, they retain whatever damage they took from an attack. Speaking of effects, much like I mentioned above, each unit card might come with a unique ability or term.

Unit cards are also separated by two categories: Champion and Follower. Follower units are the common folks of your deck while Champion cards are the same familiar champion from LoL. What makes them unique from the follower units is that they can level up and gain additional effects and higher. Each champion card has a unique way of leveling up; some are simple enough to achieve in one turn while others may take some time. You can have multiple copies of followers in the field, but you can only have one copy of a Champion unit on the board. Any extra copy in your hand will transform into a designated spell card of that champion, and will revert back once the unit dies.

Mechanics aside, every single card in the game is well drawn, and what makes them even better is that there are bits of information about the game’s lore in their vanilla text. Another cool thing I like is that certain champions or followers have unique interactions when they meet on the board. Some of these interactions are deadly serious, while others are just hilarious.

One thing that you also have to keep in mind is spell cards which have their own casting speed that are categorized as Slow, Fast, and Burst. Slow spells can only be cast outside of combat and they give time for the opposing player to respond. Fast spells meanwhile, act similarly to Slow spells, but they can be used in response to other action. Finally, Burst spells resolve immediately, not giving any chance for the other player, not to metiont hat they do not consume the turn player’s action phase.

The Bounty of the Determined 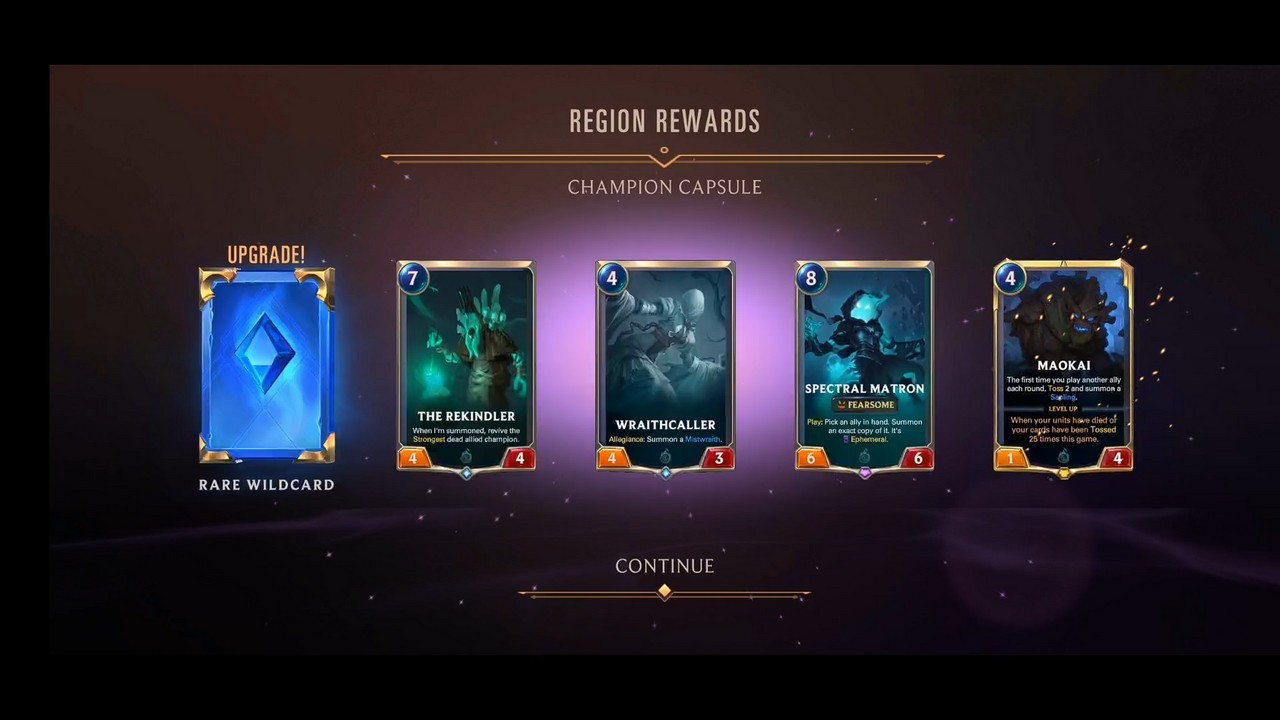 After finishing the prologue (or if you managed to save up enough shards), you can finally build your own deck. Rewards can be obtained through the in-game reward ladder where you choose between which region of cards you want to progress to gain rewards. But it is always an option to pay real world money to get ahead and buy the necessary cards for your deck or buy a new card back and board. Thankfully, this is all optional and most of the cards can be gained through the reward ladder. In my time with the game, I was surprised by how friendly it is for F2P players compared to other CCGs. 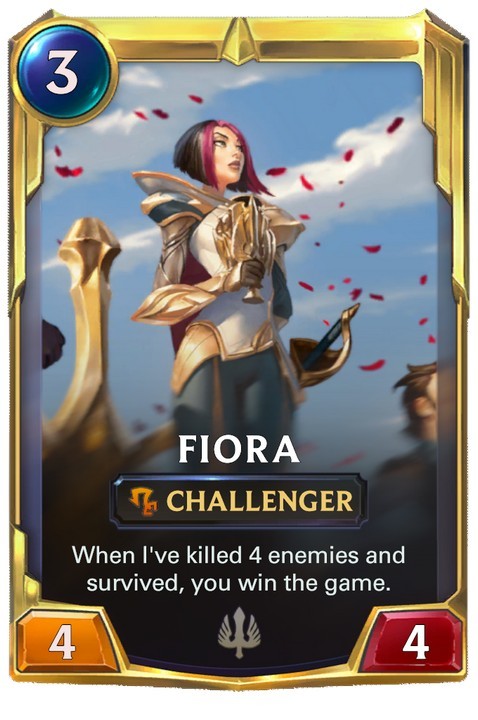 Although there are a couple of problems like the fact that some cards are just too broken. Like a spell card that grants a unit buff “I can’t take damage or die” for the whole game. The only way to counter the affected unit is to either counter the spell itself or recall the unit; the bad news is that not all decks can run the necessary cards to do the counter as a deck can only be comprised of one or two regions/factions. So if you find yourself in a situation like that, you are pretty much screwed. But hey this is a card game so we should expect this kind of shenanigans every now and then.

Legends of Runeterra is a great CCG! It takes some inspiration from other popular card games, all while giving it some unique, LoL-inspired twists. Players that are already familiar with the characters and lore of Runeterra will definitely find the game incredibly interesting. Meanwhile, both newcomers and card game enthusiasts alike will definitely find themselves occupied for a long run thanks to its fun and fairly innovative mechanics.

Although there are microtransactions in the game, these are entirely optional and the progression is rewarding enough (at least for me), making it quite friendly for F2P players. Despite the lack of a good counter to the current top deck in this Meta or that some cards are rather broken, these issues are far from deal breakers. Overall, if you’re itching to play a new card game, Legends of Runeterra is definitely worth playing! And yes, I believe Runeterra has a bright future ahead of it, even in the highly-competitive card game genre.

Previous article
ASUS launches its latest lineup of gaming monitors in the Philippines
Next article
WATCH: In-Depth Look at Ghost of Tsushima Gameplay

Thanks to interesting mechanics and polished gameplay, Legends of Runeterra is a great online collectible card game that should be fun for LoL fans, CCG enthusiasts, and even newbies to the genre. Best of all, the game is fairly F2P friendly, at least compared to other card games. Legends of Runeterra Review | Not just the luck of the draw