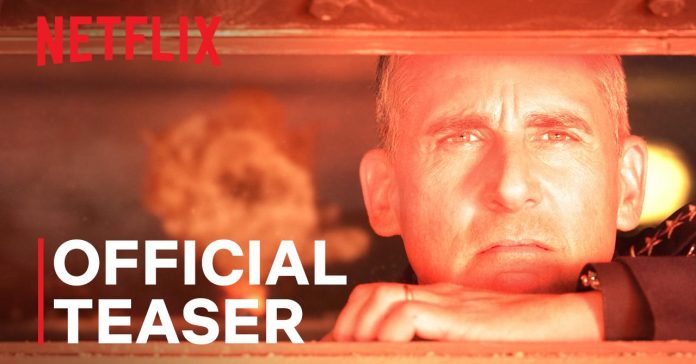 Announced back in 2019, Netflix has recently released a teaser trailer for Space Force, an interesting new series starring Steve Carell. If you’re a fan of Carell’s other work such as The Office, you’ll probably love Space Force!

Watch the trailer for the upcoming Netflix series here:

Space Force is a comedy series that’s based on the real-life Space Force that US President Donald Trump recently launched. The series is described by Netflix as:

“A decorated pilot with dreams of running the Air Force, four-star general Mark R. Naird (Steve Carell) is thrown for a loop when he finds himself tapped to lead the newly formed sixth branch of the US Armed Forces: Space Force. Skeptical but dedicated, Mark uproots his family and moves to a remote base in Colorado where he and a colorful team of scientists and “Spacemen” are tasked by the White House with getting American boots on the moon (again) in a hurry and achieving total space dominance. From co-creators Carell and Greg Daniels (The Office), SPACE FORCE  is a new kind of workplace comedy, where the stakes are sky high and the ambitions even higher. John Malkovich, Diana Silvers, Tawny Newsome, Ben Schwartz also star, alongside co-stars Lisa Kudrow, Jimmy O. Yang, Noah Emmerich, Alex Sparrow and Don Lake. Howard Klein/3Arts (The Office) serves as executive producer, as well.”

Space Force will stream on Netflix starting May 29, 2020. Watch it when it goes live at www.netflix.com/SpaceForce.

- Advertisement -
Previous article
These Top Editing Apps for the Huawei MatePad Pro will keep your creative juices flowing while at home
Next article
Here are the Top 10 anime from Kyoto Animation, according to fans