The best of the series so far. 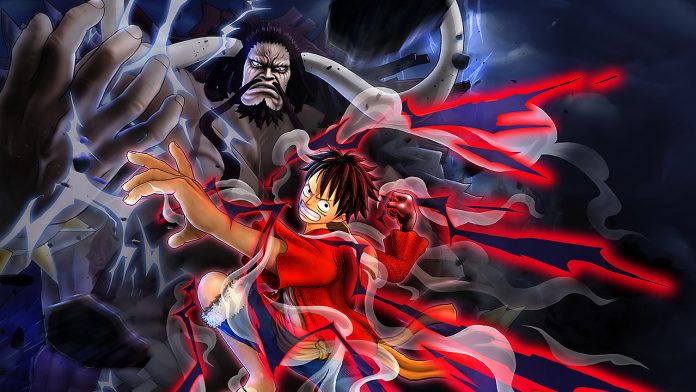 The musou game genre is kind of a guilty pleasure of sorts. While there isn’t usually a lot of depth or complexity to them, there’s just something enjoyable about being able to beat up thousands of enemies on a giant map with just one character using a range of incredibly flashy moves. That becomes doubly true when the character you’re using is someone you’re familiar with or a big fan of.

For the unfamiliar, musou games are beat ‘em up, hack and slash games popularized by Omega Force and their Dynasty Warriors franchise. Simply put, musou games place players in humongous maps to fight hundreds or thousands of enemies. Most of the enemies in a musou game are incredibly weak so the character’s large and flashy attacks are usually able to take out dozens of them in just a few moves, which serves as the genre’s main appeal.

The genre has seen a wide plethora of titles over the years, from Dynasty Warriors sequels and spin-offs (such as Samurai Warriors and Warriors Orochi) to featuring other video game franchises (such as Zelda and Dragon Quest) and popular anime/manga series. 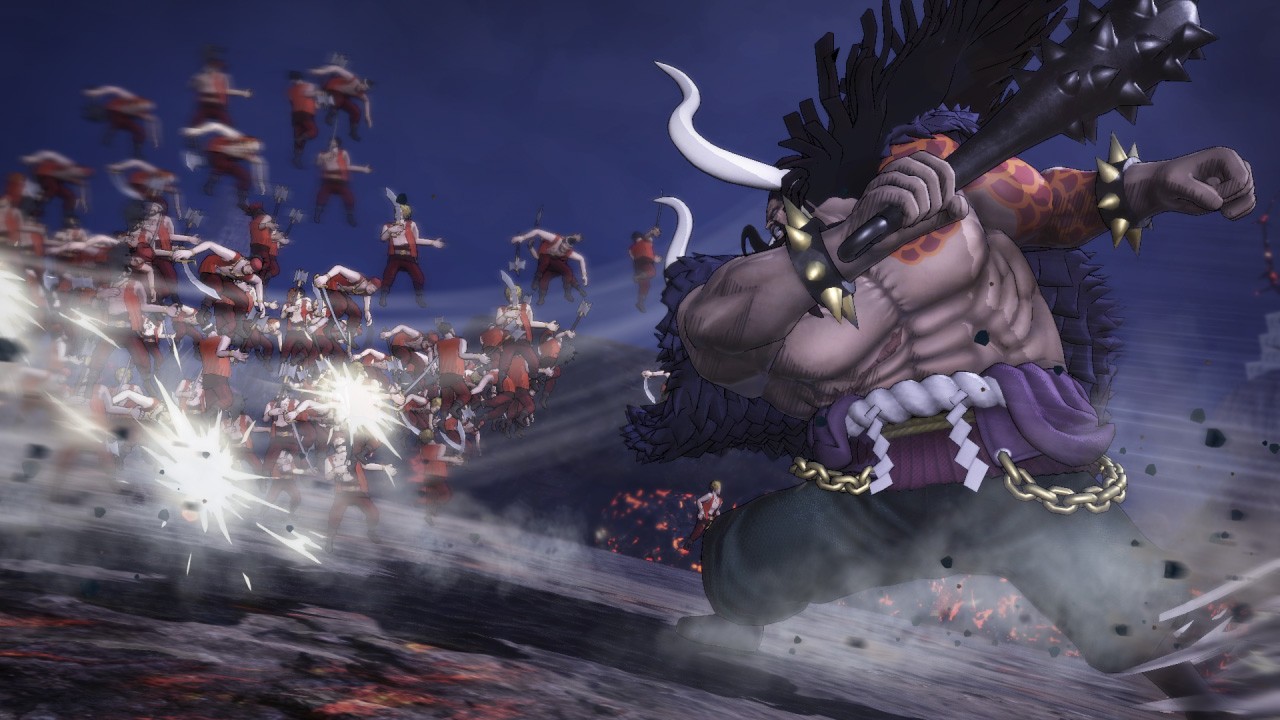 So Much Story, So Little Time

One Piece: Pirate Warriors 3 featured significantly more playable arcs, although each one only had one mission. On the other hand, Pirate Warriors 4 only covers a handful of arcs but most of its main featured arcs are played across several stages. To be specific, Pirate Warriors 4’s story mode, called the Dramatic Log, mainly covers the Alabasta, Enies Lobby, and Marineford arcs as well as the three new previously mentioned arcs. 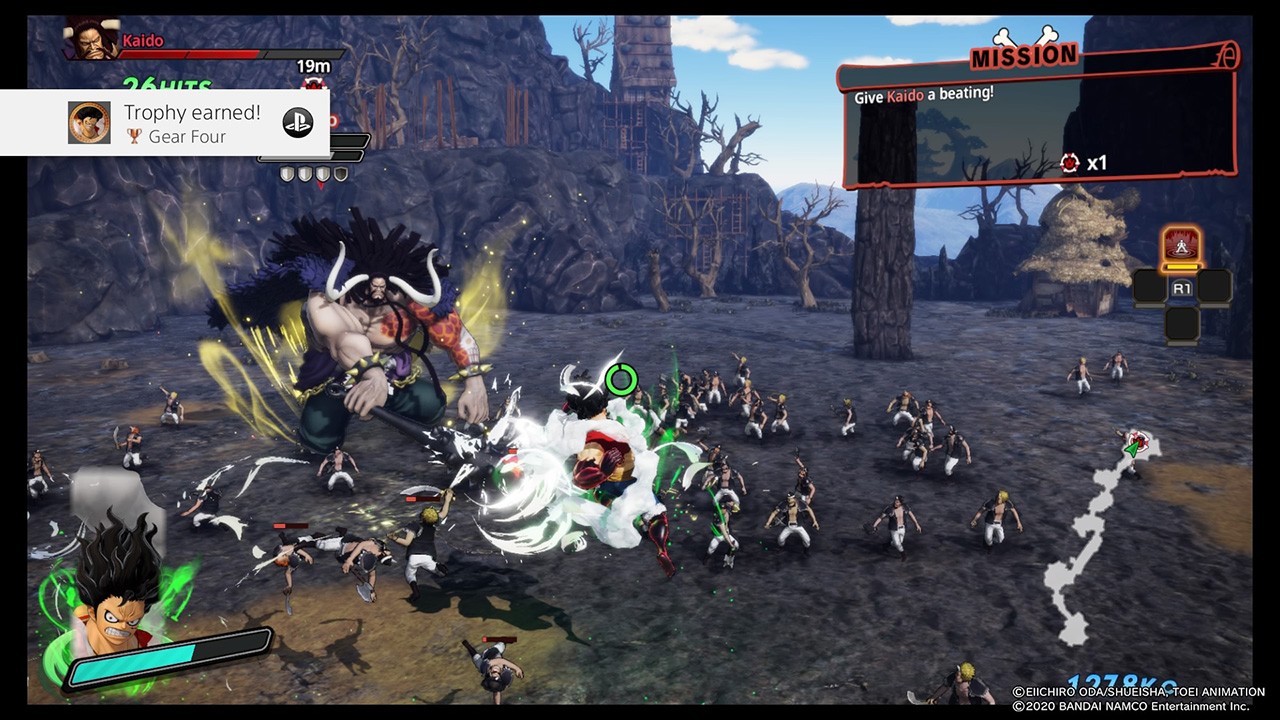 The rest of the anime/manga’s story is featured using pre-rendered cutscenes covering most of the series’ story and its most iconic moments. The game also features in-game cutscenes during missions that also help tell the story of the current mission or arc. The cutscenes do make it quite easy to gain at least a minimal amount of knowledge of the non-playable story arcs to make the game still mostly make sense to those unfamiliar with the source material.

Each of the game’s Dramatic Log missions will have either one or a few select characters available to use, depending on who is present and relevant to that point in the story. But you’ll also be able to replay the same missions with any of the playable characters you’ve unlocked in the game’s Free Log mode. Unlocking more characters requires you to either reach a certain point in the Dramatig Log or complete certain objectives.

While the Dramatic Log clocks in at only around 15 hours depending on how fast you go through each mission, the game offers a whole lot more hours to play through with its aforementioned Free Log as well as its Treasure Log, which are basically challenge missions you can complete for even more rewards. There’s also the split-screen co-op or four-player online multiplayer to experience for those who are interested in wreaking havoc with their friends. 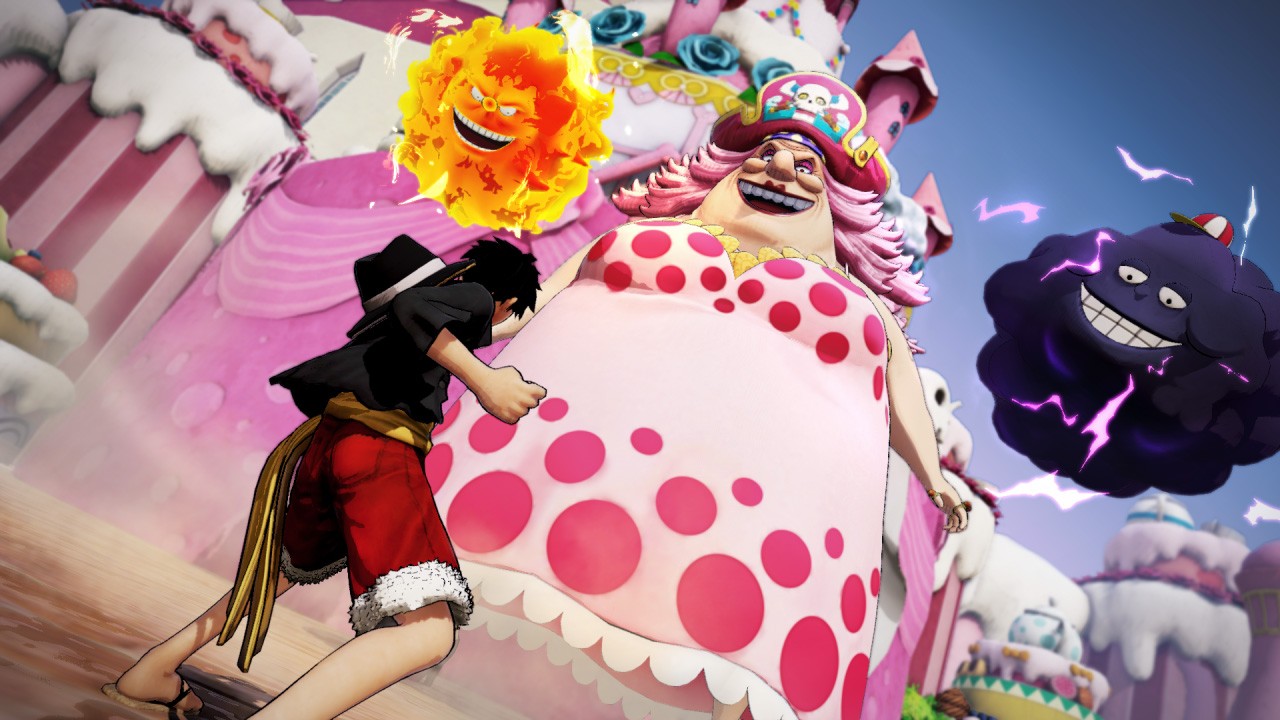 Moving to a Higher Gear (Fourth)

Given the number of arcs Pirate Warriors 4 covers, it isn’t surprising that it features a rather large roster of playable characters from the anime/manga. Each character features their own unique set of flashy moves that are easily able to beat up and knock away dozens of enemies at a time. You’ll not only have access to the typical standard and heavy attacks but also four unique skills with their own cooldown/reset meters.

The most significant addition Pirate Warriors 4 has made to the series though is air combat, which allows you to transition your ground combos into air combos or attacks by jumping mid-combo. Some characters, such as the aforementioned Sky types, are more proficient in air combat than others. Characters like Marco are able to stay in the air for a lot longer with insanely long combo strings while Whitebeard, for example, only has singular attacks in the air. 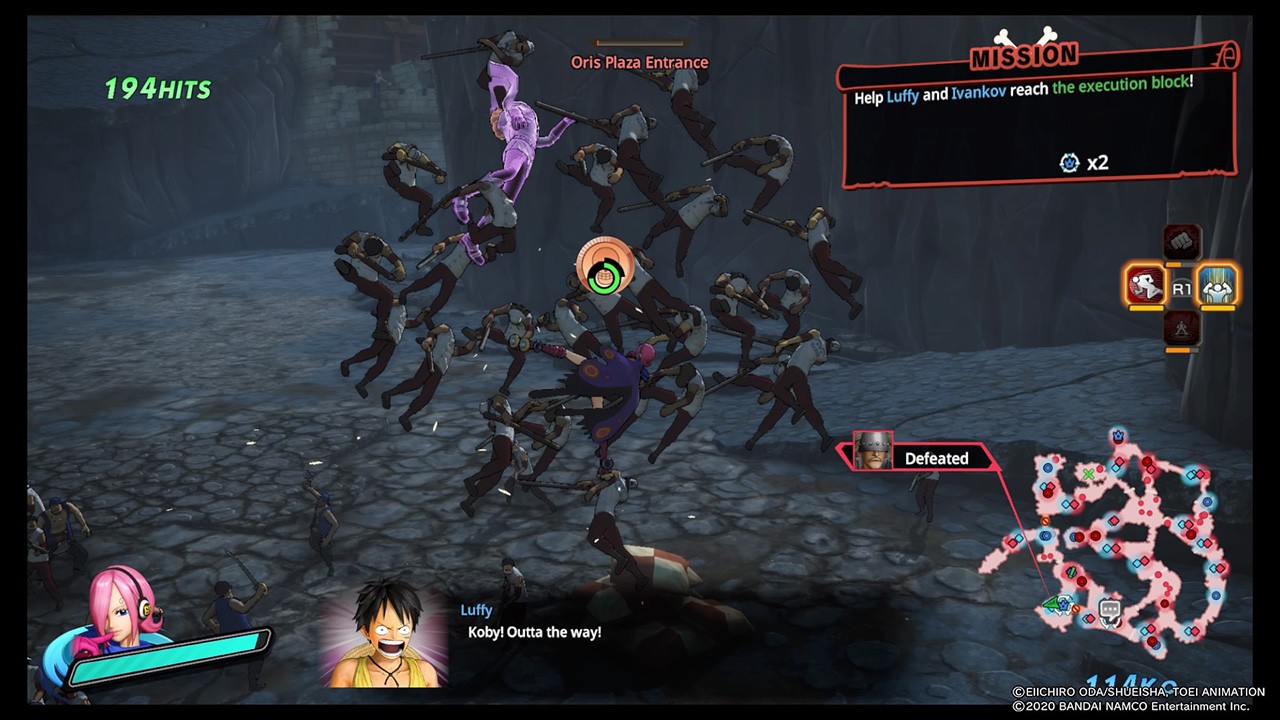 The combat in Pirate Warriors 4, while relatively simple and straightforward, is extremely satisfying and you really get a sense of how powerful each of the characters are as you execute combos and special moves on both hordes of enemies as well as bosses. And the large variety of experiences you have available due to the game’s large roster of unique and interesting characters multiplies the combat’s enjoyment exponentially.

One Piece: Pirate Warriors 4 isn’t the most deep or complex game out there but what it does offer is a whole lot of sheer and over-the-top enjoyment. From One Piece’s story and the game’s combat, there’s a whole lot of great things to experience in Pirate Warriors 4. It’s definitely one of the best musou games Omega Force has come out with so far and can definitely be appreciated by both One Piece or musou fans alike.