This new R6 Siege event is live now until May 19! 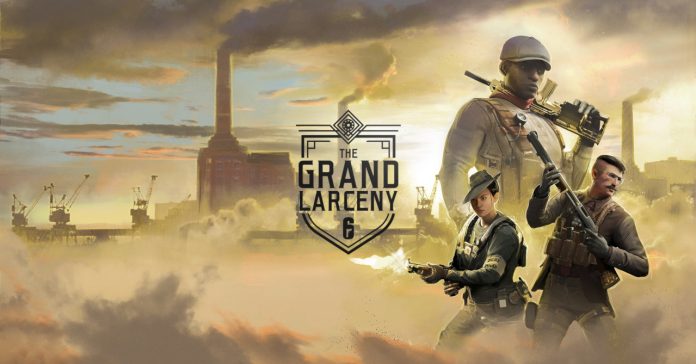 Ubisoft recently announced that ‘The Grand Larceny‘ is now live in Rainbow Six Siege. The Grand Larceny is the first in-game event for R6 Siege’s Year 5 Season 1, and it brings an all-new game-mode as well as a 31 new items.

The new game mode in The Grand Larceny is called ‘The Stolen Goods’, and it’s a 5v5 mode that’s inspired by the British mob of the 1920s. The Stolen Goods is played in the old Hereford map, but with a 1920s England theme.

Gameplay-wise, The Stolen Goods is very different from a standard game of Siege in that there are no hostages, no areas to secure, and no bombs to defuse either. And becuase it’s set in the 1920s, Attackers won’t have access to drones. Instead, Attackers must open Safeboxes scattered across the map while Defenders must protect them. The Attackers win when they open a certain amount of Safeboxes, or defeat all of the Defenders. Aside from unique objectives, The Stolen Goods mode also promises “an amount of destruction never seen in Rainbow Six Siege.”

For this game mode, most Operators will be unlocked, except for the following: Glaz, Nomad, Buck, Montagne, Blitz, Caveira, Kali, Clash, Blackbeard, Lion, IQ,  Tachanka, Recruit, Twitch, and Mozzie. For the playable Operators, each will be equipped with a main shotgun that’s customized with the event’s weapon skins.

These items are available in The Grand Larceny pack, which can be obtained by completing special Event Challenges, or by purchasing them for 300 R6 Credits or 12500 Renown each. The Roaring Riches Bundle, which includes the Deco Artistry signature weapon skin and the Crafted Six charm will also be available during the event’s run.

The Grand Larceny event is live now until May 19, 2020. To learn more, visit: https://rainbow6.com/grandlarceny.