Check this out, Star Wars fans! 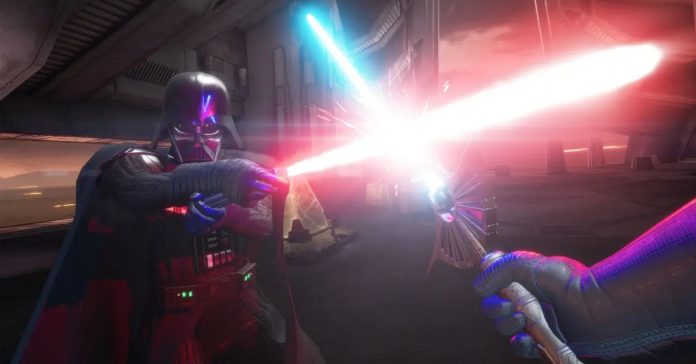 Not familiar with the game? Vader Immortal is a three-part virtual reality experience that’s more of an interactive narrative than a traditional video game. The game’s events take place in between Revenge of the Sith and A New Hope, and heavily features the iconic Star Wars villain, Darth Vader. Though Vader isn’t the game’s player character; instead, players will take on the role of a smuggler recruited by Vader himself.

The first episode of Vader Immortal is described as:

“Step inside a galaxy far, far away with Vader Immortal: Episode I. You are a smuggler operating near Mustafar, the fiery world Darth Vader calls home. When you are unexpectedly pulled out of hyperspace, you find yourself uncovering an ancient mystery at the behest of the Sith Lord himself. With the help of your droid companion, ZO-E3, you’ll navigate the dangers of the fortress, hone your lightsaber skills, and meet new characters along the way as you discover what Vader is up to.”

While the game is more of a cinematic adventure (it’s even written by screenwriter David S. Goyer), Vader Immortal is not just a walking sim in VR. Vader Immortal will challenge players with various combat situations, including lightsaber battles!

- Advertisement -
Previous article
Studio Ghibli is now offering virtual tours of the Ghibli Museum for free
Next article
Yakuza: Like a Dragon might be releasing on PC via Steam soon