Watch it now on Netflix!

A Whisker Away is a magical (literally) drama-romance anime movie from Studio Colorido, Toho Animation, and Twin Engine that was supposed to be released on the big screen last June 5, 2020 but was put off due to COVID-19 pandemic. Later on, it was sold to Netflix for its release and now, roughly 2 weeks later, we get to enjoy this adorable piece of anime magic. Let’s check it out!

Do note that the following review is filled with spoilers, so please consider this to be your SPOILER WARNING before you continue!

The movie revolves mainly around Miyo Sasaki (mostly referred to as Muge – Miss Ultra Gaga & Enigmatic), the female protagonist who deals with a lot of family issues as she’s been abandoned by her mother and has been living with her new stepmother. To escape from this cruel reality, she is given a mask by a shady Mask Seller during a festival which gives her the ability to turn into a cat when worn. While she was in her cat form, she sees her classmate, Hinode Kento. Being an animal lover, Hinode shows cat-Muge a gentleness and kindness that made her instantly fall in love with him. He then bestows her the name Taro (in her cat-form) in honor of his beloved dog.

Muge is now compelled to try and get close to Hinode as much as possible while she’s in human form. She keeps on bugging him and expressing her affection by greeting him with her infamous “Hinode Sunrise Attack” but he just keeps on ignoring her. Seeing the difference between the way he treats Taro and Muge, she decides to just keep on transforming into a cat to spend more time with Hinode and get more affection. Eventually, even Hinode starts to notice similarities between Taro and Muge as he slowly realizes that both have the same scent as well as the same leg injury. Meanwhile at home, Muge’s stepmother, Kaoru, starts to notice that she’s been sneaking out of their house. Kaoru repeatedly tries strengthen the bond between her and Muge but each attempt falls short as Muge actively avoids her by keeping a smile on her face and telling Kaoru that everything is fine. 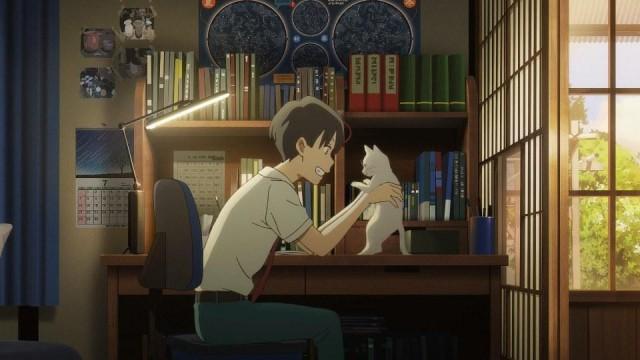 Things take a huge turn when Muge gets embarrassed by a classmate who snatches a private letter from her that she made to cheer up Hinode. The letter is read out loud to their entire class which drives Muge to tears and sends her running. At home, Kaoru tries to talk to her to cheer her up and encourages her to be true to herself and express what she truly feels. A dejected Muge fails to heed any of this and just explodes with all her emotions. She decides to transform into Taro and runs away, finally deciding that she doesn’t want to be human again and would rather just stay as a cat where she can feel love and affection. A human mask then falls off her face and the Mask Seller appears to get the mask so that Muge will stay as a cat for the rest of her life. 3 days later, a fake Muge appears.

The rest of the movie is about realizing that there’s so much more in life than pain, disappointment, rejection, and abandonment. Muge and Hinode go on an adventure to retrieve her human mask to turn her back into a human before it becomes too late. In doing so, they realize their feelings for each other and appreciate the life that they have.

What the Movie was Really About 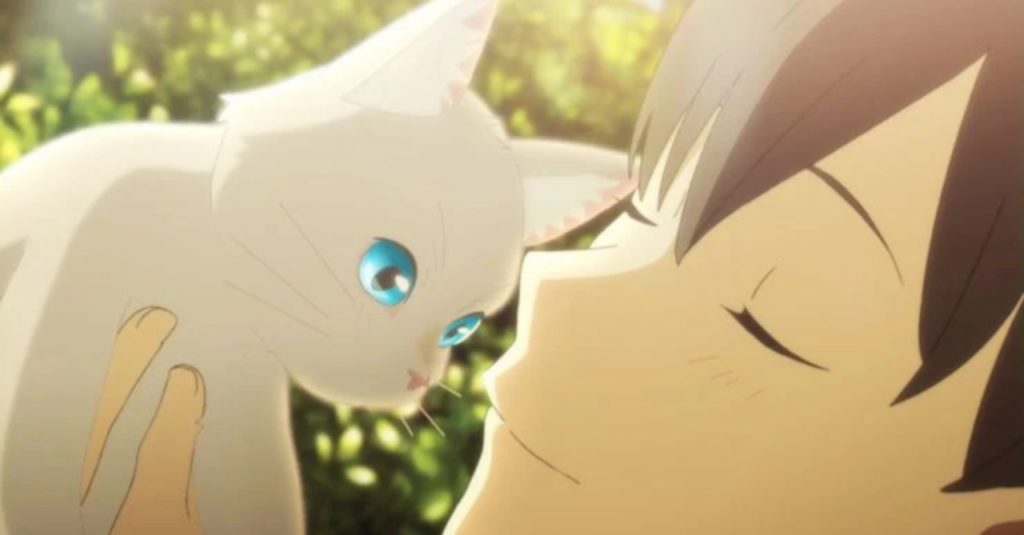 Yes, the movie was about love but there’s so much more to it than that. The movie also tackles depression – bottling up all the negative emotions and putting up a totally different facade in front of everyone. I think the cat mask is such a great piece of symbolism in the movie. Muge had to wear a cat mask to escape her depressing human life to find the love and affection that she’s been deprived of. The mask is a metaphor for what she has been doing all her life, she had always been wearing a fake smile in front of her friends and family to hide the ugly emotions that has been eating her up ever since her mother abandoned her.

Just like people in real life who are suffering from depression, others are not able to see what they truly think and feel because they are keeping it by themselves and makes them think that everything is alright. She was craving for love which she only experienced from Hinode by transforming into a cat. Most people who are suffering from depression have a desire to disappear from the world they are living in and are looking for that sweet escape from reality where there’s no negativity, pain, and suffering. The Cat Island is like the “Other World” or “The Life After Death” where the former humans made a terrible decision of choosing the life as a cat (metaphor for taking their own lives) instead of living as a human. But by her temporary disappearance and visit in the Cat Island where she met fellow cats who where formerly human, she was able to see how much people love and value her for who she is, she was able to see life in a better perspective.

As an animal lover who owns 3 cats, I was able to relate and enjoy that the movie has shown the love of an owner to their pets, that animals have feelings too and can reciprocate the affection that is poured to them. I love the hidden messages in the story, the friendship between Yori and Muge that shows a true friend can see right through your mask and knows the real you. Some parts of it made me giggle like a little girl and some parts really touched my heart and made me tear up. The art and the music in this movie is also a great treat for everyone.

However, Muge’s character is kind of hard to relate to, especially for those people who have not experienced depression or any traumatizing events. A Whisker Away is a good movie, but not the kind of anime movie that will make you hold your breath or bring you at the edge of your seat–it’s a kind of movie that is story-driven and needs your full attention to relate to the characters. Don’t expect a light-hearted theme for this movie, but it’s also not too heavy in drama, I could say that it has a really nice combination of both.

A Whisker Away is now streaming on Netflix!

Previous article
Unboxing The Last of Us Part 2 ‘Ellie Edition’
Next article
Apex Legends is coming to the Nintendo Switch!

A Whisker Away is a purrfectly pawesome movie that can be enjoyed by people of all ages. It's about a girl who turns into a cat to get to know her crush, and struggles into making a decision of staying as a human or become a cat for the rest of her life.A Whisker Away Movie Review | A Look at Depression and the Masks We Wear