There's a laptop for everyone in Acer's new lineup. 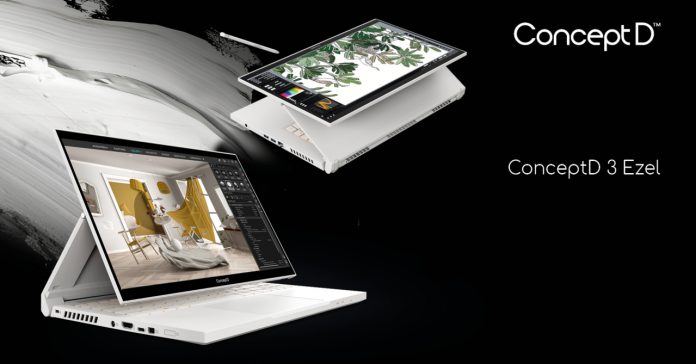 Aside from unveiling its new line of gaming laptops/desktops and accessories, Acer also announced new consumer laptops for 2020 at the recent Next @Acer livestream. 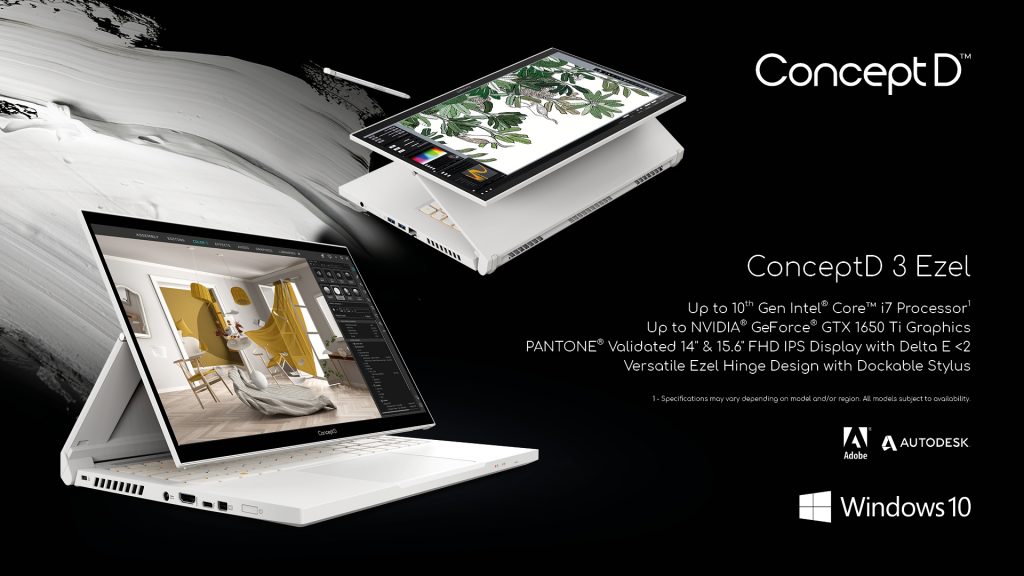 One of the highlight consumer laptops from Acer’s launch is the ConceptD 3 Ezel, a convertible notebook designed for artists and creatives. The main feature of the ConceptD 3 Ezel is the unique Ezel hinge which lets users draw on the notebook’s large 14/15.6-inch touch display. Powering the notebook is up to an Intel Core i7, and up to a GTX 1650 Ti. 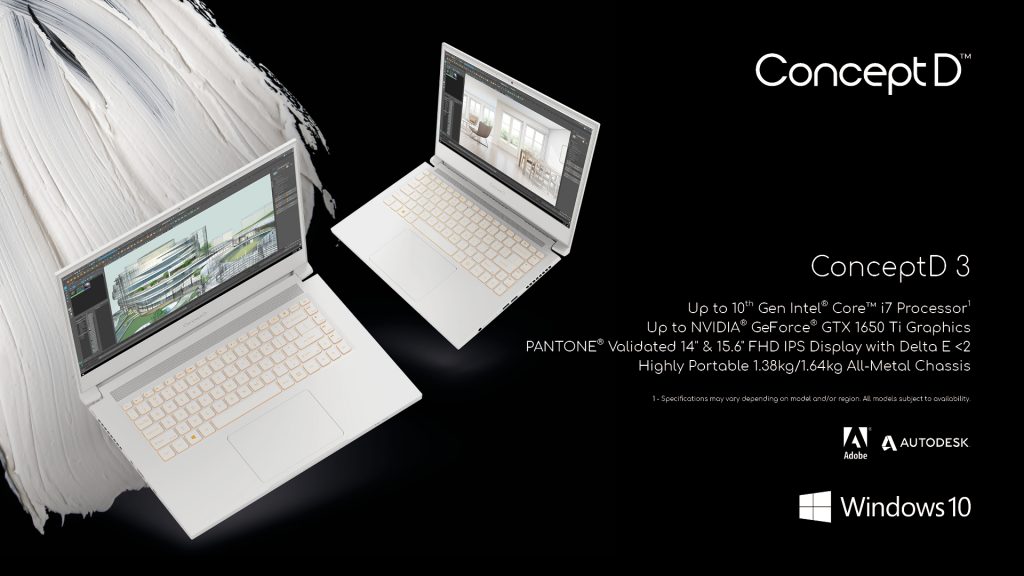 Alongside the Ezel is the ConceptD 3 notebook, a high-performance laptop that features a stylish design as well as powerful internals, including an Intel Core i7 processor and up to a GTX 1650Ti GPU. The laptop also has either a 14 or a 15.6-inch FHD display that’s Pantone validated, making it a good match for content creators. 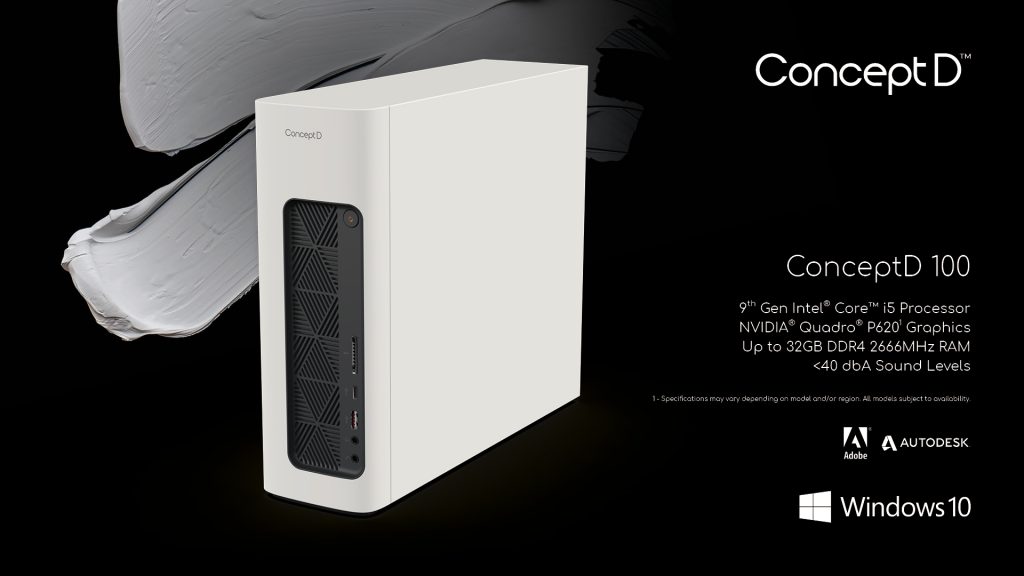 Up next, we have the ConceptD 100 desktop, a small PC that’s ideal for graphics-intensive 2D design and entry-level 3D CAD modeling. The Concept D 100 features a 9th gen Intel Core i5 processor, an NVIDIA Quadro P620 GPU, and up to 32GB of DDR4 memory.

The desktop is also complemented by the ConceptD CP5, CP3, and CM3 Monitors.

Pricing for the ConceptD devices in USD/EUR are:

PH pricing and availability will be announced soon,.

Alongside the ConceptD series, Acer also unveiled the Enduro line, a series of rugged laptops and tablets that are designed for durability, portability, and performance. 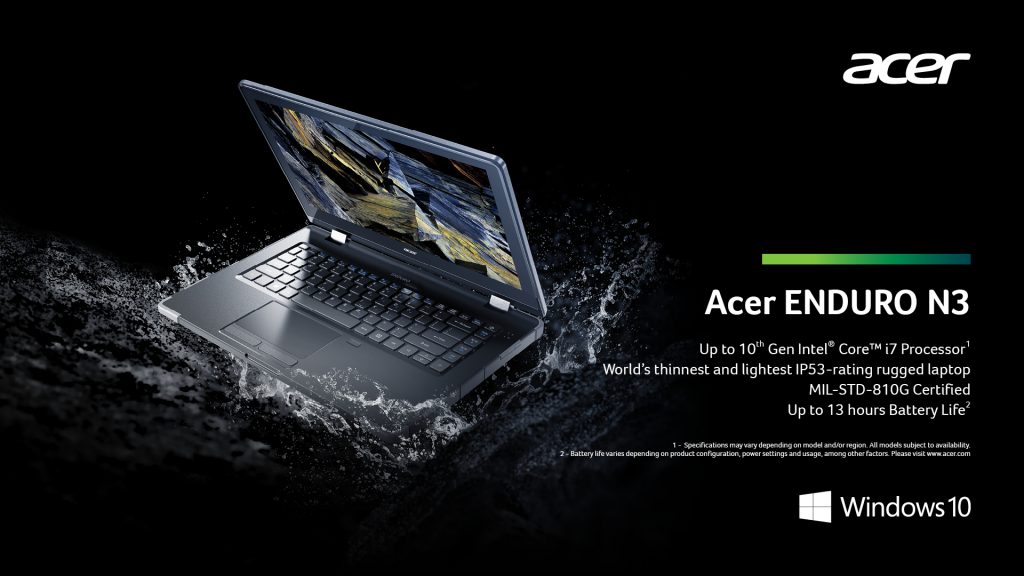 For the Enduro laptops, we have the Enduro N3 and N7. The N3 packs a 10th Gen Intel Core i7 processor, 32 GB of DDR4 RAM, and an optional NVIDIA® GeForce® MX230 discrete GPU and 512 GB PCle Gen3 NVMe SSD. Meanwhile, the N7 features a quad-core 8th Gen Intel® Core™ i5 CPU, as well as with dual batteries: one hot-swappable battery with a long 10-hour life and another built-in bridge battery. Both the N3 and N7 MIL-STD 810G certified for drop resistance, and IP53/IP65 water resistant respectively. 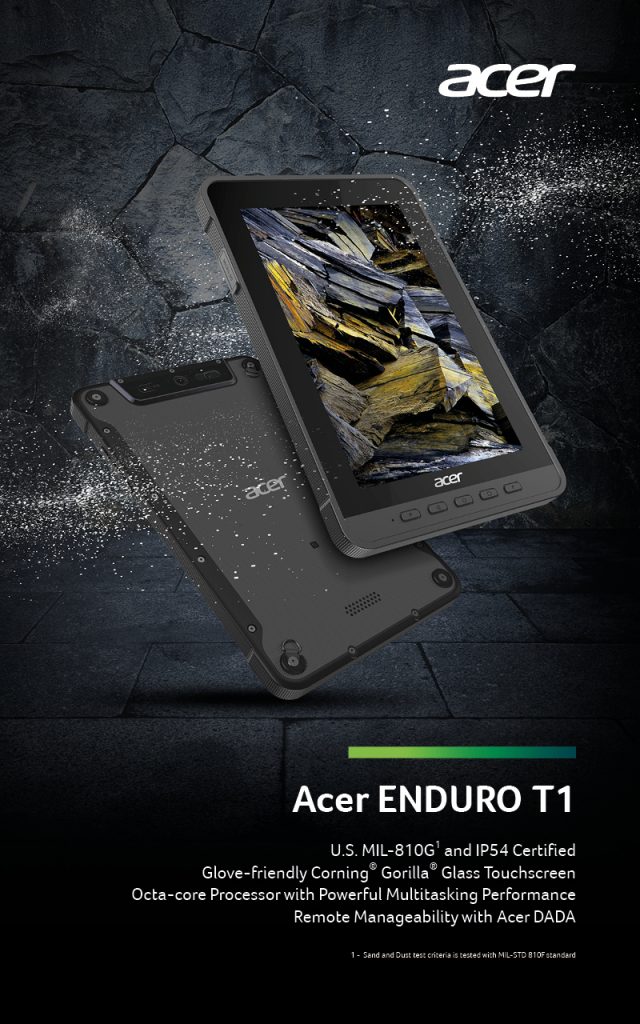 For the tablets, we have the Enduro T1 and T5. Both are 10-inch Windows tablets, with the T1 having a an Intel Celeron processor and 64 GB of eMMC storage, while the T5 has a 7th Gen Intel Core m3 processor and a swappable battery. The Enduro T1 also comes in an 8-inch Android tablet version. All Enduro tablets have MIL-STD 810G certifications, as well as IP65 and IP54 water resistance for the T5 and T1 respectively.

Pricing and availability for the Enduro series in the Philippines will be announced soon. 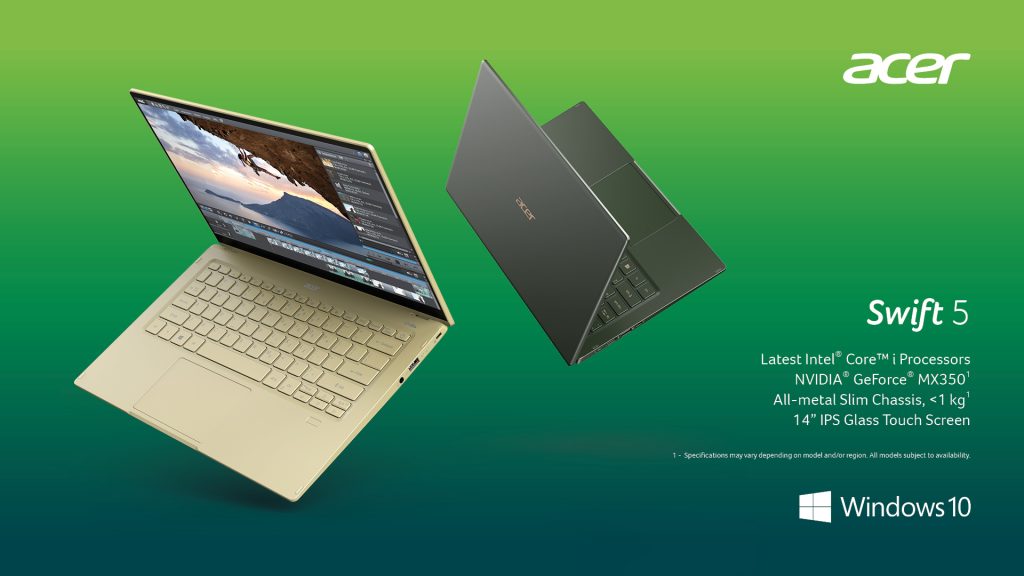 Next we have the Acer Swift 5, an ultra-thin notebook that weighs less than 1kg and packs the latest Intel Core i processor, an NVIDIA GeForce MX350 GPU, and a 14-inch IPS glass touch display. The Swift 5 also has an all-day battery that features fast-charging–a 30-minute charge can give users four hours of use.

The Acer Swift 5 will be available in North America in October starting at USD 999.99. PH pricing and availability will be announced in the future. 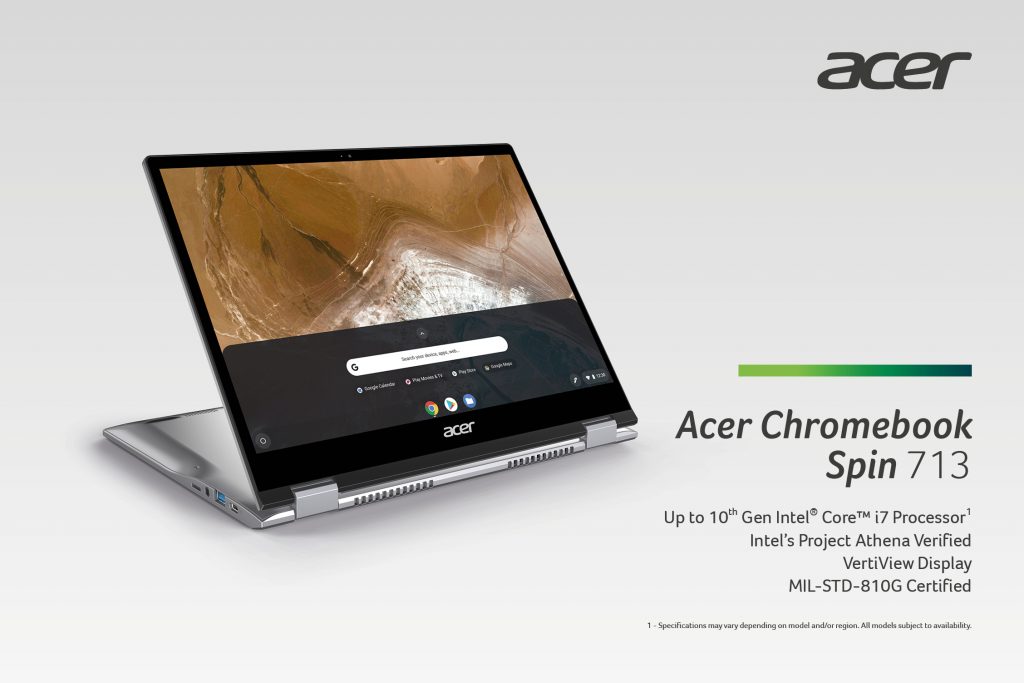 Finally, we have the Acer Chromebook Spin 713, a convertible Chromebook Co-engineered and verified as part of Intel’s Project Athena. Running on Chrome OS, the Chromebook Spin 713 features a 2k 13.5-inch VertiView display, and packs up to a 10th gen Intel Core i7 processor. As it’s verified as part of Project Athena, the Spin 713 “provides exceptional performance and enables premium productivity for business professionals,” according to Josh Newman, Vice President, Client Computing Group at Intel.

The Acer Chromebook Spin 713 (CP713-2W) will be available in North America in July starting at USD 629.99. PH pricing and availability will be announced at a later date.

For the full list of new Acer devices, visit: https://www.acer.com/ac/en/PH/content/new-products-2020.