Including refreshed Predator/Nitro gaming laptops, and many more! 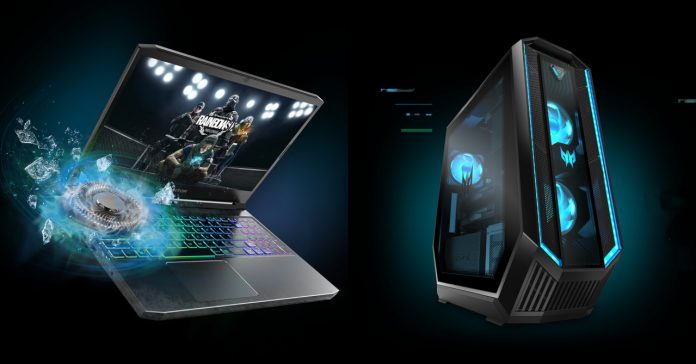 During the recent Next @Acer livestream, Acer unveiled a wide range of new devices, including refreshes and brand-new products in its Predator gaming line. Among the revealed devices include laptops, desktops, monitors, and accessories. 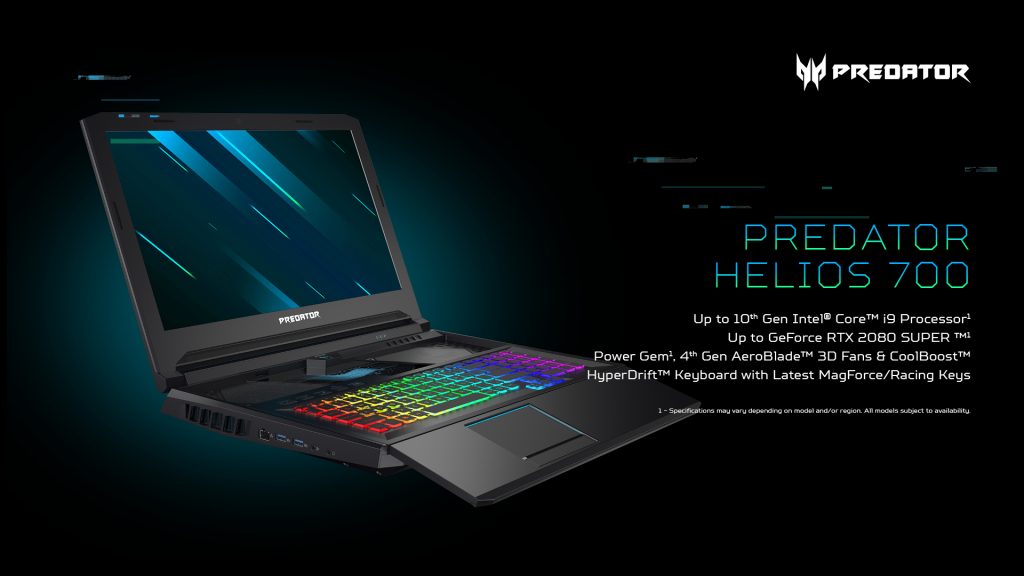 First up, we have the refreshed Predator Helios 700, the most powerful laptop in Acer’s Predator lineup. The Helios 700 packs a 17.3-inch 144Hz IPS dipslay, up to an Intel Core i9 processor, up to an RTX 2080 Super GPU, and it’s equipped with a Aeroblade 3D Fans and CoolBoost technology for powerful cooling. Plus, the laptop has a HyperDrift keyboard with Racing Keys that are designed for increased precision, especially for racing games . 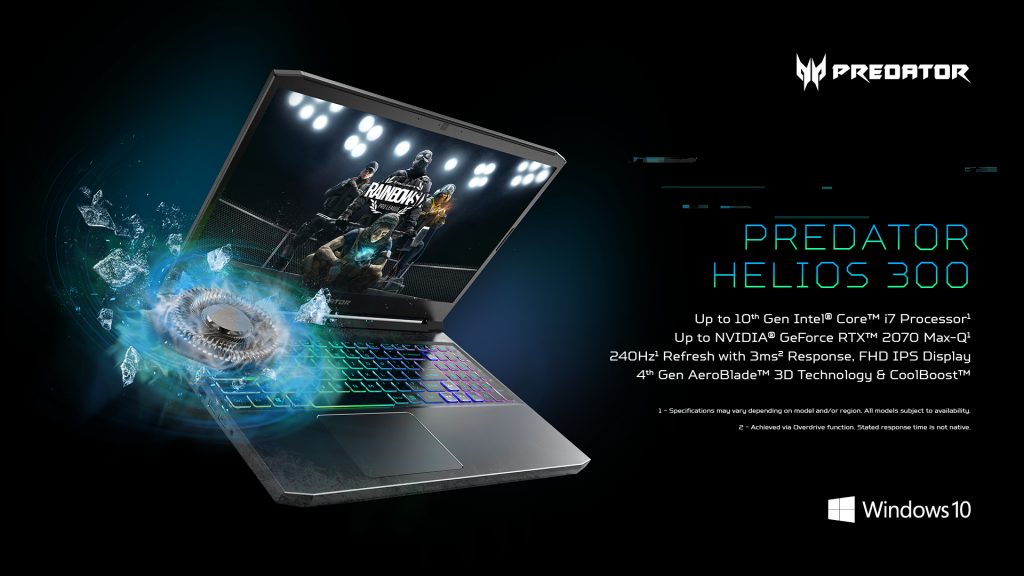 The Predator Helios 300 meanwhile, is an update to the previous Helio 300 and packs a up to an Intel Core i7 processor, up to an RTX 2070 Max-Q, a 240Hz 15.6-inchd display, and AeroBlade + CoolBoost technology. 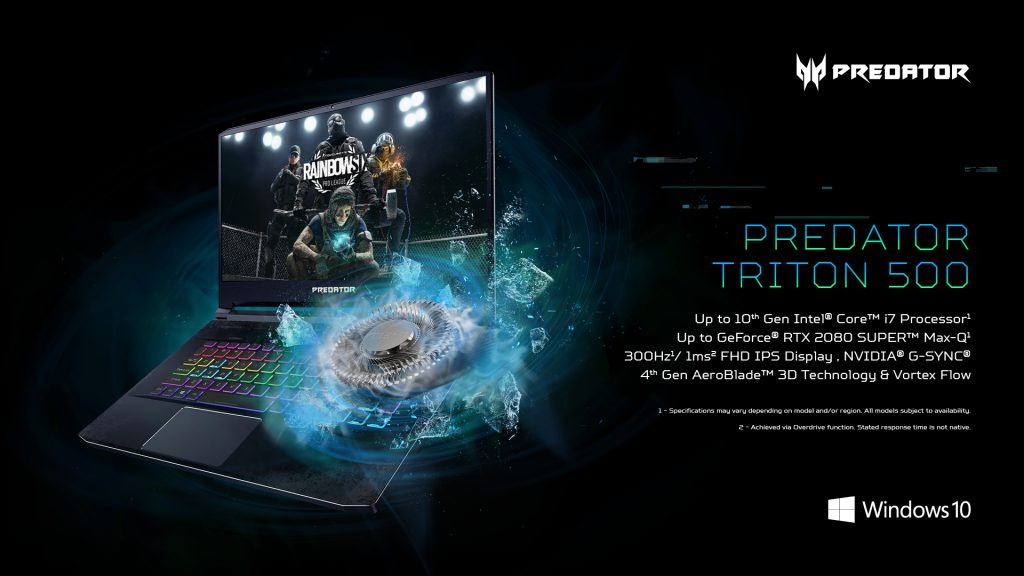 Rounding out the Predator laptop lineup is the refreshed Triton 500. This gaming notebook has a slim build, all while having powerful internals such as up to an Intel Core i7, up to an RTX 2080 Super Max-Q, a 300Hz 15.6-inch display, and AeroBlade + Vortex Flow cooling technology. 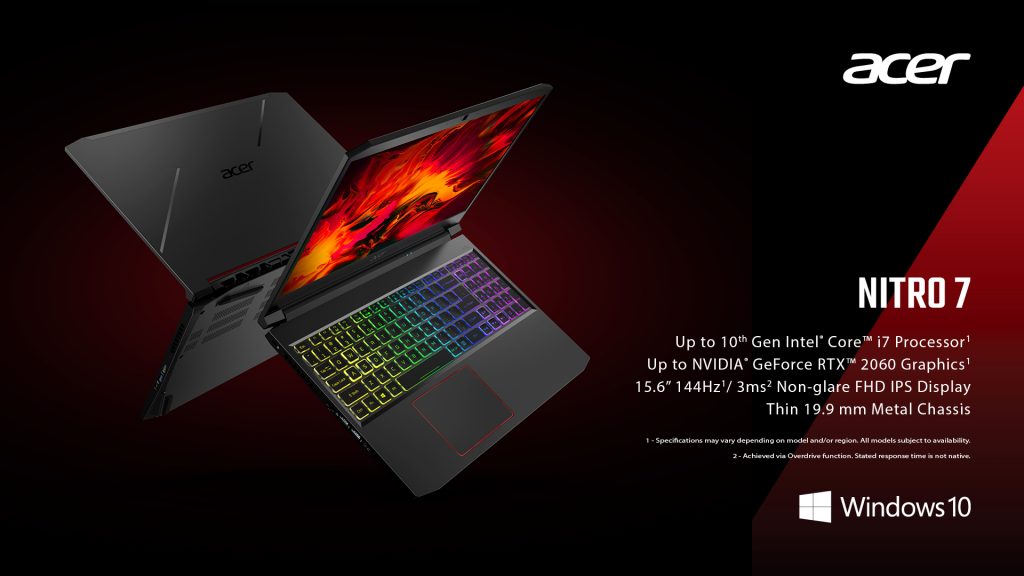 Finally for laptops, we have the Nitro 7, gaming notebook that packs up to an Intel Core i7 CPU, up to an RTX 2060 GPU, a 15.6-inch 144Hz display, and Acer CoolBoost technology, all while having a thin and light chassis.

These Acer gaming laptops will be available soon in the Philippines, with pricing to be announced at a later date. Though here are the prices of the laptops in the US: 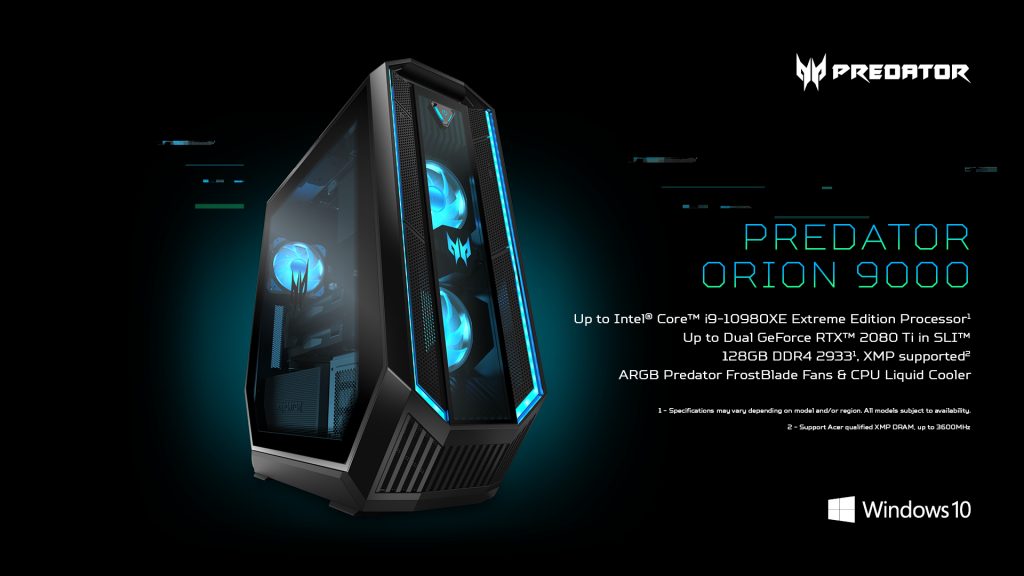 The highlight of Acer’s gaming desktops are the Predator Orion 9000 and Orion 3000. The Orion 9000 is the highest end model, and it packs up to an Intel Core i9 processor, up to dual RTX 2080 Tis in SLI, up to 128GB of RAM, and Predator ForstBlade Fans with a CPU liquid cooler.

The Orion 3000 meanwhile, is a mid-sized tower rig that features a 10th Gen Intel Core i7 processor, an RTX 2070 SUPER GPU, up to 64GB of RAM, and two Predator FrostBlade fans. 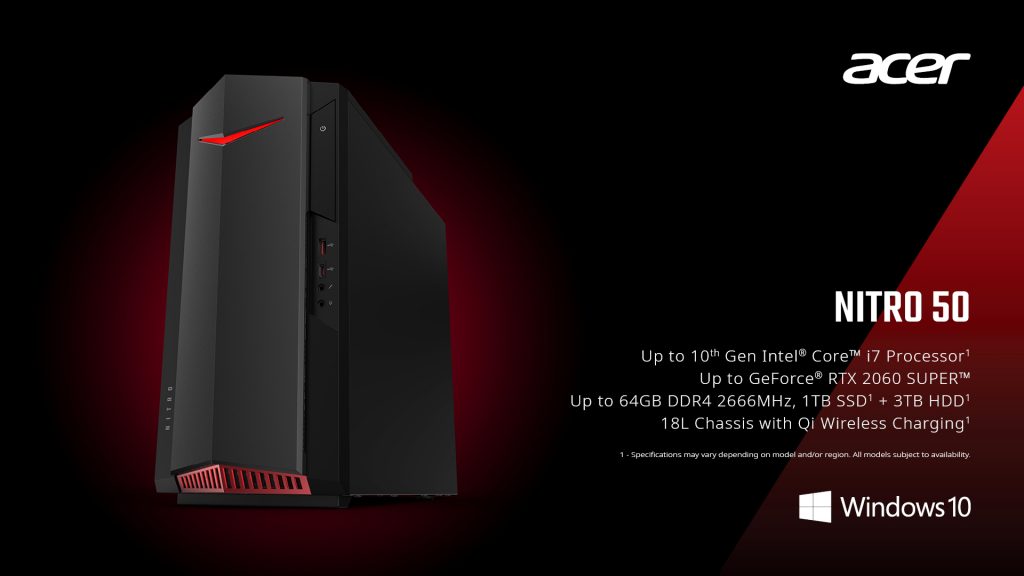 For gamers on the lookout for a more budget-friendly rig, the Nitro 50 was also revealed by Acer recently. This desktop PC comes with up to an Intel Core i7 CPU, up to an RTX 2060 GPU, and up to 64GB of RAM, all while having an 18-liter chassis that can fit under desks easily.

Pricing and availability in the Philippines for the Acer gaming desktops will be revealed soon. Though here are the prices for the desktops in the US/EU:

Finally, we have the new Acer gaming displays and accessories. The Predator displays shown during the launch event include the Predator X25 and the Predator XB3. The X25 is a 24.5-inch 1920 x 1080 montior with a fast 360 Hz refresh rate. Meanwhile, the XB3 comes in 31.5-inch, 27-inch, and 24.5-inch variants, all of which are G-SYNC Compatible, with up to 240 Hz refresh rates and up to 4K UHD resolution.

PH Pricing and availability of these displays and accessories will be revealed soon. Meanwhile, here are the prices of the XB3 and Cestus 350 in USD: