Try it out now until Sunday, June 21! 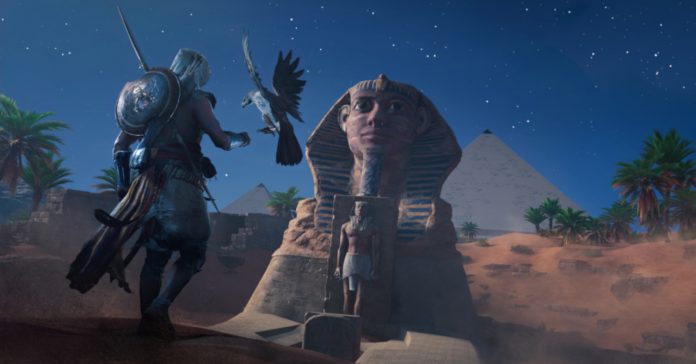 While the Assassin’s Creed titles have always been positively received, Assassin’s Creed Origins is arguably the game that breathed new life into the series. Set in Ancient Egypt, AC Origins had a massive world to explore, as well as a revised combat system that redefined what an Assassin’s Creed game can be. In fact, Origins set a new tone for the series, which was definitely seen in AC Odyssey, and likely in the upcoming AC Valhalla.

In case you haven’t played Origins, now is the perfect time to do so! Ubisoft announced that Assassin’s Creed Origins will be free to play on PC this weekend via Uplay. The game will be free from today, June 19 until June 21, 2020. While a weekend may not be enough to finish the game, Ubisoft did confirm that progress from the free weekend will carry over when you purchase the game.

AC Origins is described by Ubisoft as:

“Set in Ancient Egypt, Assassin’s Creed Origins takes place during a mysterious and crucial period that shapes civilization. Playing as Bayek, protector of Egypt and one of the first Assassins, players will plunge into a living, systemic open world and discover secrets behind the Great Pyramids, forgotten myths, the last pharaohs and – engraved in long-lost hieroglyphics – the origin story of the Assassin’s Brotherhood.”