Attack on Titan Season 4 gets an action-packed new trailer

The series' final season will air in Fall 2020. 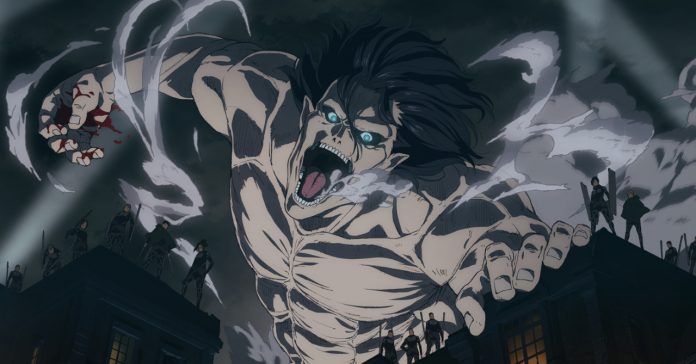 With the final season of the hit anime series Attack on Titan airing later this year, the first trailer for the series’ last season has just been released, and it’s an action-packed preview of what to expect!

Check out the first trailer for Attack on Titan Season 4 here:

Based on the trailer, the fourth season of Attack on Titan will have tons of titan action, and will be just as dark as the previous seasons. Even though the trailer did not reveal much regarding the story, if the action is any indication, season four of the series will definitely be a must-watch!

In case you haven’t followed the series that much recently; yes, the fourth season of Attack on Titan is the series’ last season. Aside from the anime series ending soon, series creator Hajime Isayama also plans on ending the Attack on Titan manga sometime in 2020. Here’s hoping both the anime and manga have satisfying endings.

Alongside the trailer, we also have a new key visual for Attack on Titan season four:

While the first three seasons of Attack on Titan was made by Wit Studio (as subsidiary of Production IG), the fourth season of the series is made instead by the anime studio MAPPA, the studio behind Yuri on Ice and Kakegurui xx. Even with the change in studio, there should be no drop in animation quality, at least based on the new trailer.

- Advertisement -
Previous articleGet up to 29% off on select realme devices during the Lazada 6.6 Bounce Back Sale
Next articleFree Fire’s latest update brings Clash Squad – Ranked Season 1, a new hero, and more