Bandai Namco delays the launch of ‘Tales of Arise’

The game was originally set to launch this year. 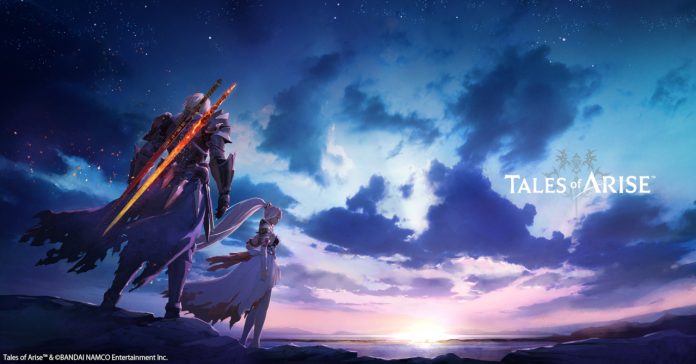 Originally set to release sometime this year, Bandai Namco Entertainment has announced that the release date of ‘Tales of Arise’ has been delayed indefinitely. The delay was said to be due to the “ambitious nature of the project” and the developers’ goal of giving the game breathtaking visuals.

Regarding the delay, Tales of Arise producer Yusuke Tomizawa released the following statement:

“As you may have already seen in media stories and in social media channels, we have made the decision to delay the launch timing of “Tales of Arise”, the latest title in the “Tales of” series.

The goal for Tales of Arise is to provide a familiar but innovative gameplay experience to fans of the series, while pushing the technological envelope to deliver a high level graphical quality to impress both long-time players and those who have never played a Tales of game. Development on the title has moved steadily forward in 2020 as we overcame challenges along the way.

While COVID-19 has affected some aspects of the development, we’ve done our best to adapt to the situation and have implemented remote development capabilities for our team.

However, we will need more time to achieve the quality and provide the gorgeous gaming experience we envision for our players, and therefore we decided to delay the launch timing for Tales of Arise.

A new launch window update will be provided once we have more details to share.”

In case you’re unfamiliar, Tales of Arise is the latest upcoming title in the long-running “Tales of” RPG series. Tales of Arise is an action-RPG that retains the core combat system of previous Tales of games, all while having new additions that enhance gameplay. Tales of Arise also promises to be a game with incredible graphics, as this is the first Tales of game that is fully-developed for current-gen consoles.

Tales of Arise will release on PS4, Xbox One, and PC.

- Advertisement -
Previous articleThe OPPO A92 is now available in the Philippines
Next articlePokemon Go Grandpa is back, and now he has 64 smartphones