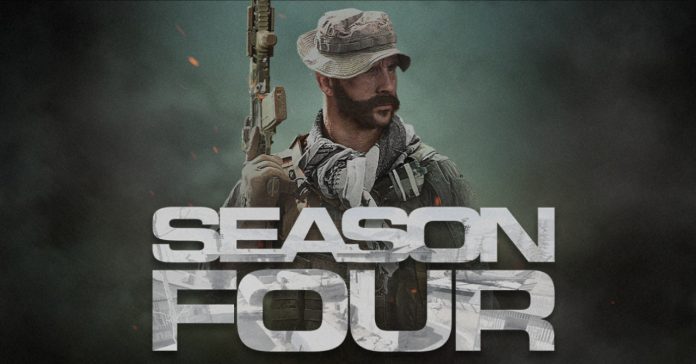 Season Four of Call of Duy: Modern Warfare and Warzone has just been released, and it brings lots of goodies, including game modes, weapons, and many more. For Modern Warfare, season four brings a new multiplayer map, Ground War battlefield, Gunfight Map, and many other modes. Meanwhile, Warzone got new modes, maps, and weapons, along with a content rich Battle Pass.

First up, here are the three new maps in Modern Warfare Season four:

Meanwhile, here are the three big in-match updates to Warzone in season four:

Finally, the new season four Battle Pass features two new weapons–the Fennec SMG (Tier 15) and the CR-56 AMAX assault rifle (Tier 31), both of which can be earned for free. Meawnhile, players who buy the Battle Pass will get a new Operator in Captain Price, as well as a lot more rewards.

To learn more about Season 4, visit the following links: