If you're a fan of cyberpunk and tactical strategy, best to keep Delphyq in sight. 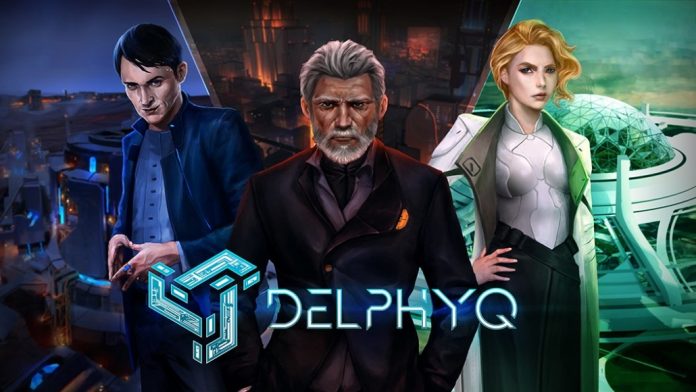 I’ve been a fan of isometric tactical games ever since I tried out Divinity Original Sin. Specifically, isometric tactical games provide a way for me to really sit down and think on my thinking chair and plot out my next few moves. The feeling of executing a series of moves in the most advantageous manner amidst all opposition is phenomenal. So, I was very excited when this assignment landed on my lap!

Delphyq is an isometric, tactical, RTWP (Real Time With Pause) game involving a squad of futuristic soldiers or mercenaries fighting out in a cyberpunk world. The game is developed by Beyond Red Wave Arts and designed by Raymond Onglengco; and yes, this was created by a mostly Pinoy development team.

To be honest, despite being in early development, the game is such a refreshing breath of fresh air. There are a few things I want to talk about, but the most important thing is gameplay. But before I even delve deep into that, can we appreciate how gorgeous the game looks even at this early stage of development? We actually got ourselves an early Alpha build and already it looks spectacular.

Right off the bat, it’s very clear where the inspiration came from. For me personally, the game is like an incredible mix of XCom, Shadow Tactics (or Path of Exile), and Shadowrun. You have access to soldiers with different classes that perform a variety of roles such as healers, supports, assaults, snipers, and assassins.

Like XCom, the units are also, for the most part, dispensable. So proper positioning and tactics is going to be key for a game like this. And also like XCom, it’s pretty freaking hard. The developer even said that in their playtesting, no one has completed the tutorial unscathed. And true enough, a few of my soldiers got knocked unconscious during my first run. Unlike XCom though, you have information already of where the enemy will be placed. But it’s not like that’s gonna help much…

Like Shadow Tactics, it’s also RTWP. With RTWP, you must be strategic in the placement, actions, and most importantly, the timing of your units. Sending the units too soon for a flank, and you won’t have the fire support of your more long-range units for backup.

Me attempting a sneaky-sneak but I forgot to turn off sprinting and their position so they rushed forward too early. Don’t be like me.

Shadowrun is mentioned here because I have a soft spot for futuristic cyberpunk genres. Games like Shadowrun, Deus Ex, Transistor, etc all capture that aesthetic that I just love. The music also needs to be mentioned, as that fast-paced industrial syth bop really makes your adrenaline rise during gameplay, and underscores the intensity of the fights.

Me attempting for a flanking shot, but the enemy died too fast lol

These clips are only for the first stage of the tutorial, but the second stage offers far more enemies and more strategically worse placements of engagement. I only just finished the tutorial, but by the end of it, my hand was shaking from the tense movements and an hour had already passed. More of these please!

That said, this game is still in alpha or beta stages. As you can see below…

There’s also issues still about UX, and the story isn’t very fleshed out yet. But!

If you’re a fan of any of the games I mentioned; or if you’re a fan of cyberpunk, tactics, and RTWP games, I highly recommend to keep this in your sights and follow their development. Or better yet, try out the demo for yourself and see what I mean. According to the developers, they’re targeting sometime in the third quarter of the year to release the game. Personally, I can’t wait to get my hands on this and play till the end.