They're playing real songs in game! 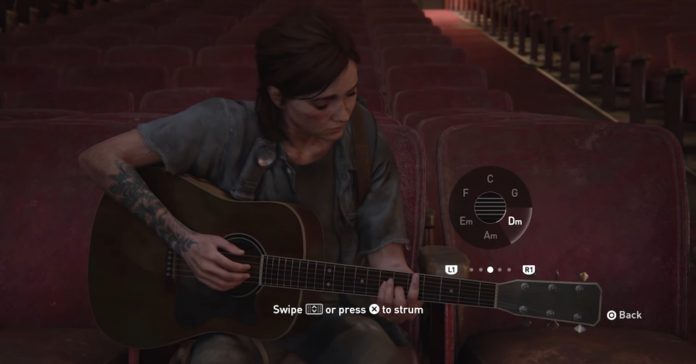 In The Last of Us Part 2, Ellie has learned to play the guitar. Though instead of just showing players that she can via cutscenes, the game features an interesting guitar-playing mini-game. While it may seem simple at first, it’s actually quite deep as you can play pick specific chords to strum or even pick.

While most players can just follow the prompts in the mini-game, a number of fans have mastered the mini-game well enough to play real songs in it! Check out some of the awesome covers that we found online:

"The Last El Bimbo"Jamming session with Ellie BuendiaCheck my other covers in my Youtube Channel:https://www.youtube.com/c/SalkindYT

This is a cover of “Ang Huling El Bimbo” complete with some vocals to match. Noticed the clever caption?

Here’s another Filipino song cover, this time of the song “Ako’s Sayo At Ika’y Akin Lamang.” Not gonna lie, the guy can sing!

Even Ashley Gosiengfiao got in on the action with a cover of the song “Sa Aking Pagpikit” by Midnight Meetings. In case you didn’t know, Ashley is the lead singer of the band!

Aside from these awesome covers of Filipino songs, check out some more awesome in-game song covers from Twitter:

Eyyy!, I made Ellie play Canon in D🎸🎵🎶. .
This guitar feature in game is so cool, never expected that this will be a thing😊 Thank you game!#TheLastofUsPartll #TheLastofUsPart2 @Neil_Druckmann @TheVulcanSalute pic.twitter.com/6CLHoe0Muc

heres some Take Me To Church by @Hozier on the ingame guitar in #TheLastofUsPart2 #TLOU2 @Neil_Druckmann pic.twitter.com/NKBgYvV36A

Some fans even went a bit crazy with their covers:

The Last of Us Part 2 is out now exclusively on the PlayStation 4.