Brought to you by Fulcrum Esports. 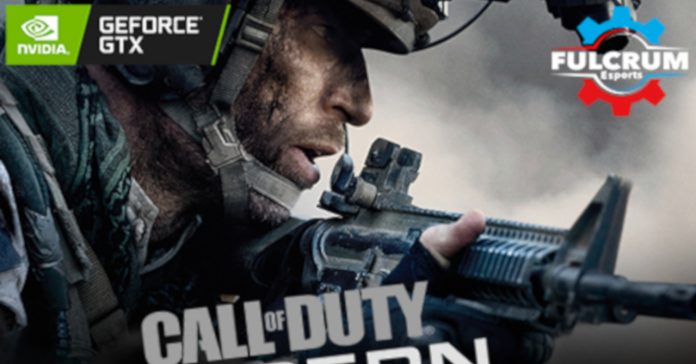 The tournament is designed to engage and develop the Nvidia GeForce and Call of Duty: Modern Warfare communities here in the Philippines. Nvidia is partnering with Fulcrum Esports to handle the online tournament. The tournament is an open platform tournament, meaning PC, PlayStation, and Xbox gamers are going head to head in the upcoming tournament.

The Tournament is scheduled to run this June, and there are 4 Match days. Selected matches of each tournament dates will be streamed lived on the different social media platforms of Nvidia and Fulcrum Esports. The tournament format will be a best of three (Bo3) single elimination bracket. The final match will be a Best of Five (Bo5) match. 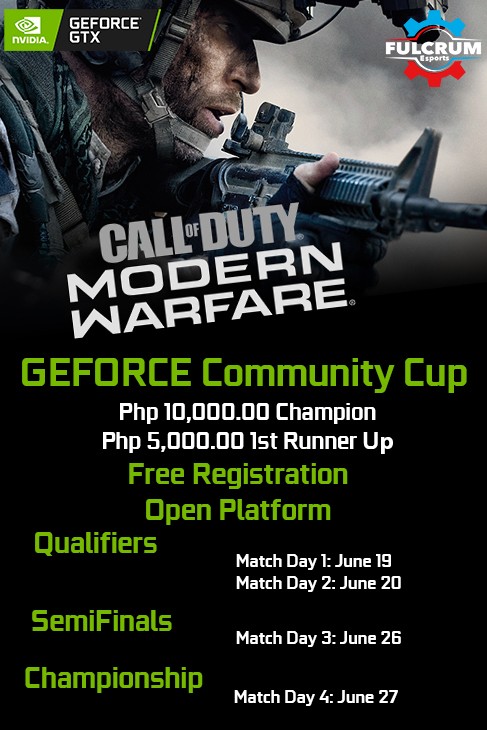 The GeForce Community Cup 2020 is a 5 versus 5 team fight limited to 16 teams. The teams are as follows:

The champions of the GeForce Day Call of Duty: Modern Warfare tournament champion Reflex1ty Gaming joins the tournament. Will they be able to defend their championship or a new team will come up and take their crown?

For the Complete Rules of the tournament click here