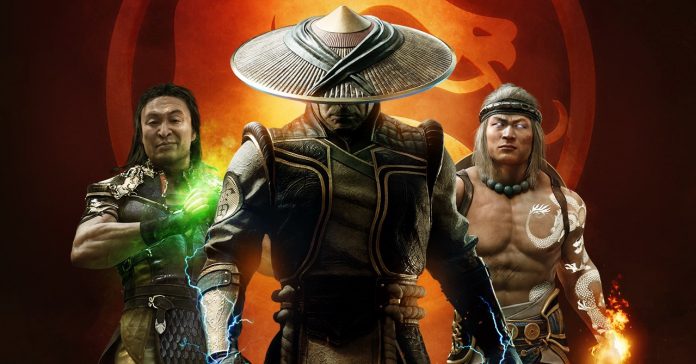 Priced at HKD 468, or roughly around PHP 3,000, you’re actually getting a lot of bang for your buck. Not only are you getting the base game, but you’re getting the expansion and the DLC pack, as well.

The Aftermath story picks up exactly where base Mortal Kombat 11 story ends, so it’s tricky to talk about specific plot elements without spoiling the base MK11 story, but essentially, Aftermath follows Nightwolf, Fujin, and Shang Tsung embarking on a quest that has something to do with altering the timeline and/or timelines. 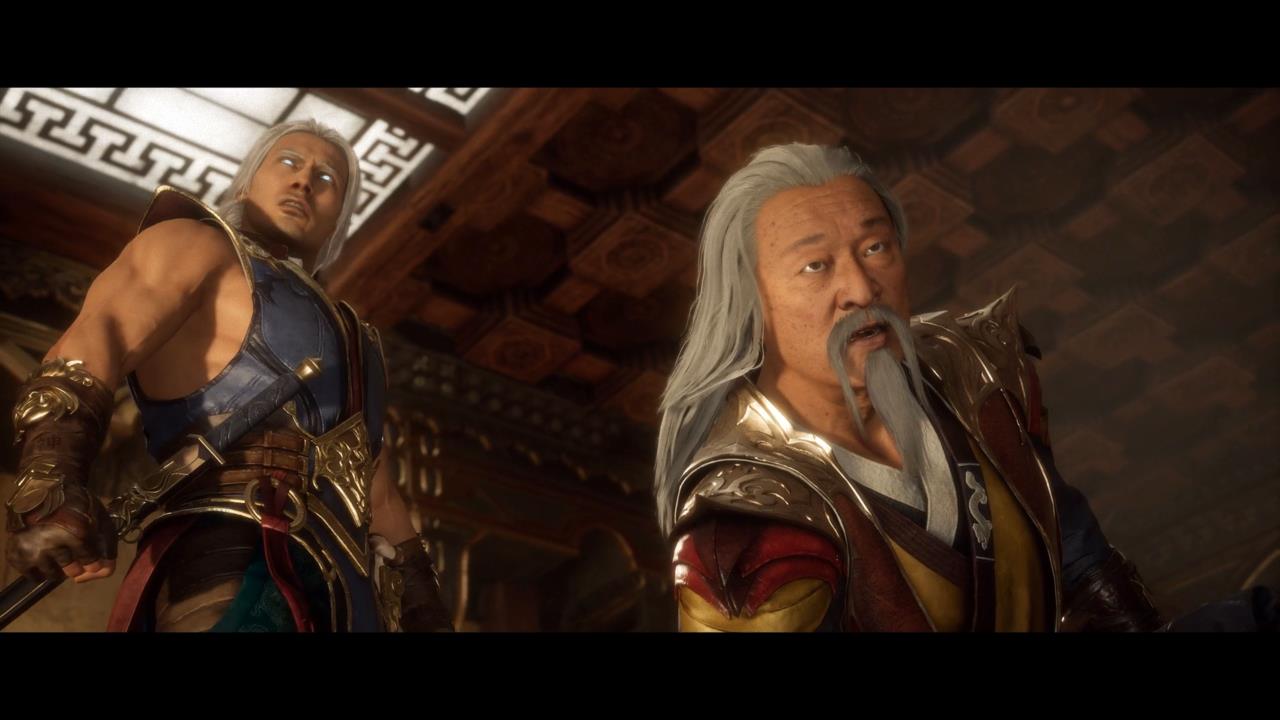 The plot points feel like they came straight out of a comic book with elements of time bending, face turns, hell turns, betrayals, and counter-betrayals. You’ll always be on the edge, always questioning the motives of all the players right until the end.

The production value on Mortal Kombat’s single-player story mode has been amazing, especially in the last few Mortal Kombat titles, and Aftermath is no exception. If you’re afraid that the expansion won’t live up to the original MK11 story, then you can lay your fears to rest — Aftermath is every bit as crazy and colorful.

Shang Tsung and Fujin are the breakout stars in the campaign. Shang Tsung just oozes style and charisma. He captures and commands my attention in every single scene he’s in. And Fujin is a complete and total badass.

The animation and voice acting on all fronts are just top-notch. Every fight scene, especially the ones with Shang Tsung, make MK11 Aftermath feel like an amazing kung-fu flick – one where you get to fill in the fight scenes. 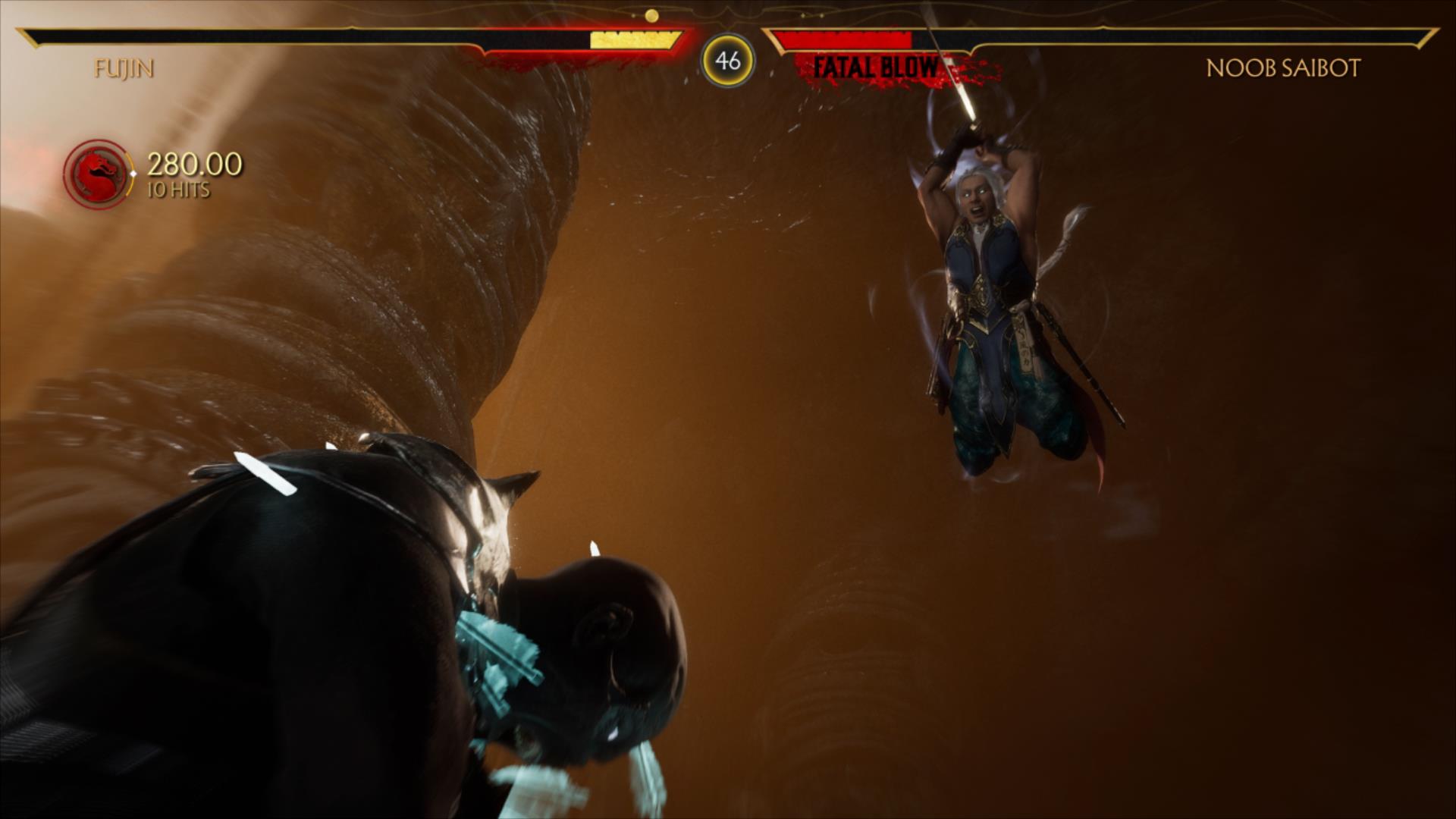 At the end of it, there’s something interesting that’s gonna happen, but I’ll try not to spoil it for you. You’re gonna have to play through it to find out. 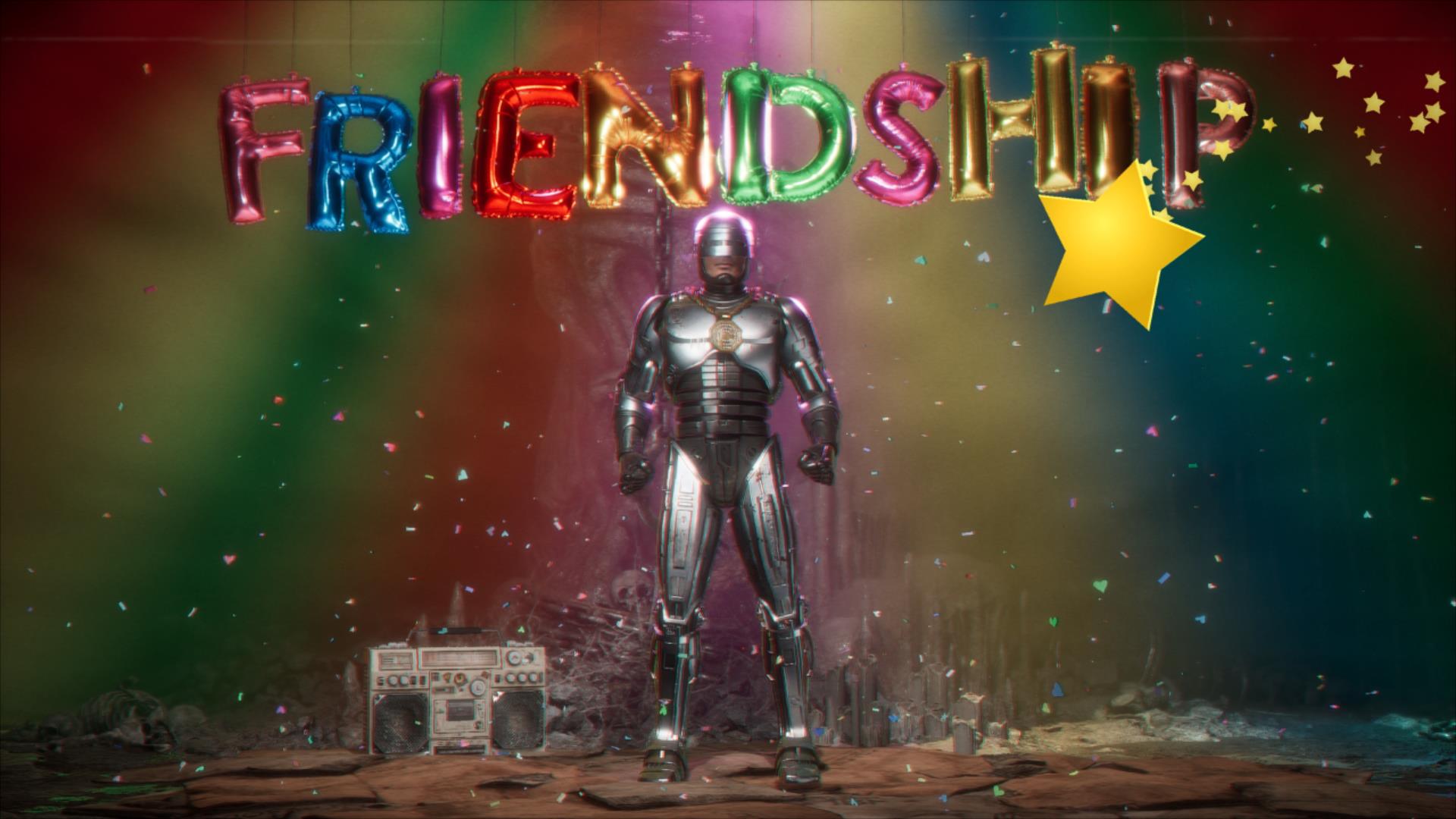 One of the many additions of the Aftermath content update is a returning fan-favorite feature, Friendships. They are all incredibly well-animated, with some being better than the others. Personally, I find Jax, RoboCop, and Johnny Cage’s Friendship animations to be the best.

There are returning stages, too, such as Klassic Dead Pool and Soul Chamber, and that means players have access to new stage Fatalities.

All the new match finishers and stages are part of a free content update. You don’t have to buy Aftermath if you have the base game. 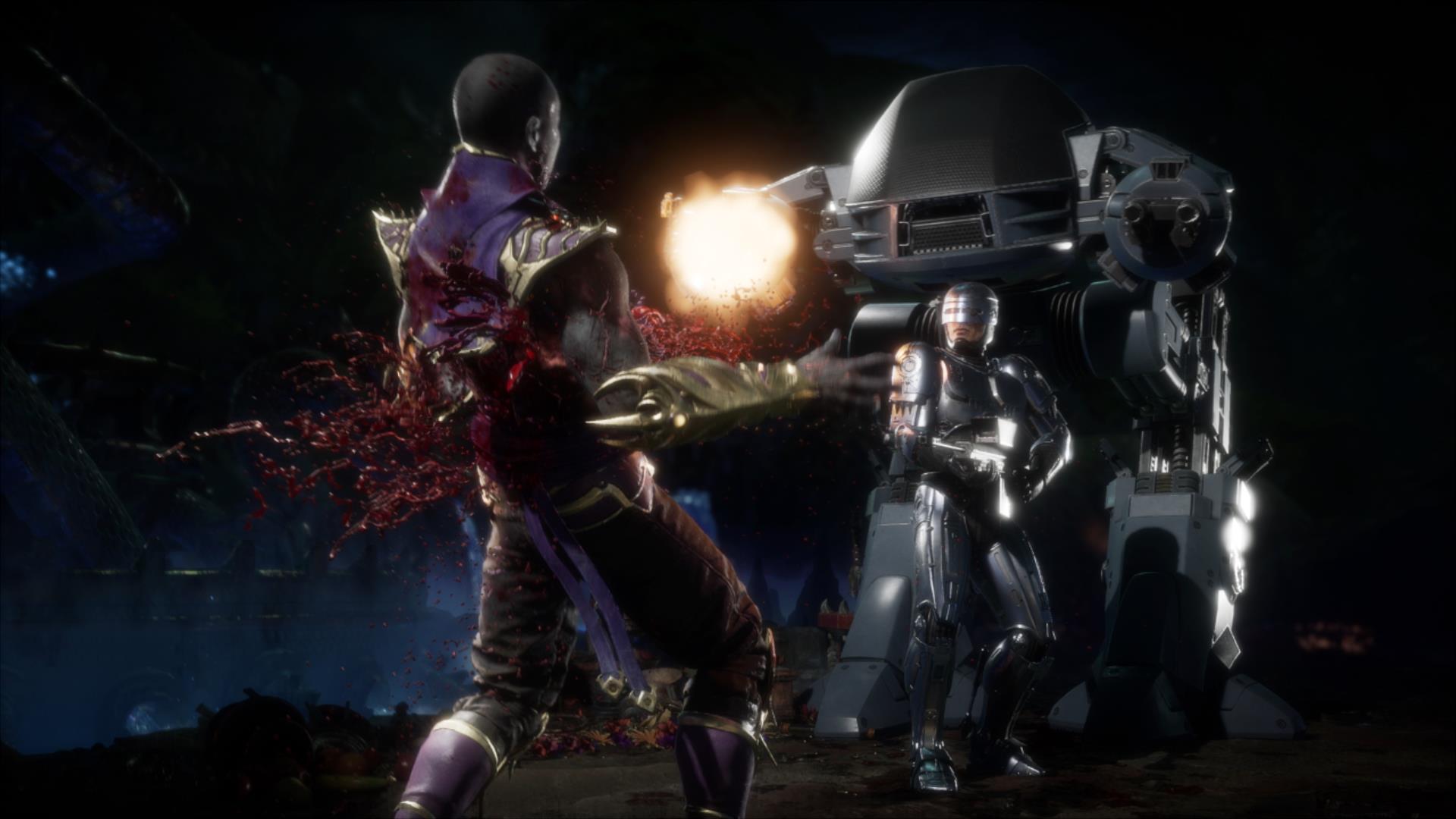 My one chief complaint with match finishers, with the sole exception of Mercy, is that they don’t really add anything to the gameplay. They look great, and they’re animated very well, but after you’ve seen them a couple of dozen times, they get old. If you watch pro matches or tournaments, they just choose to end games with a normal move. It’s quicker, which means you get to start the next set that much faster. Finishers are only really used to end sets. 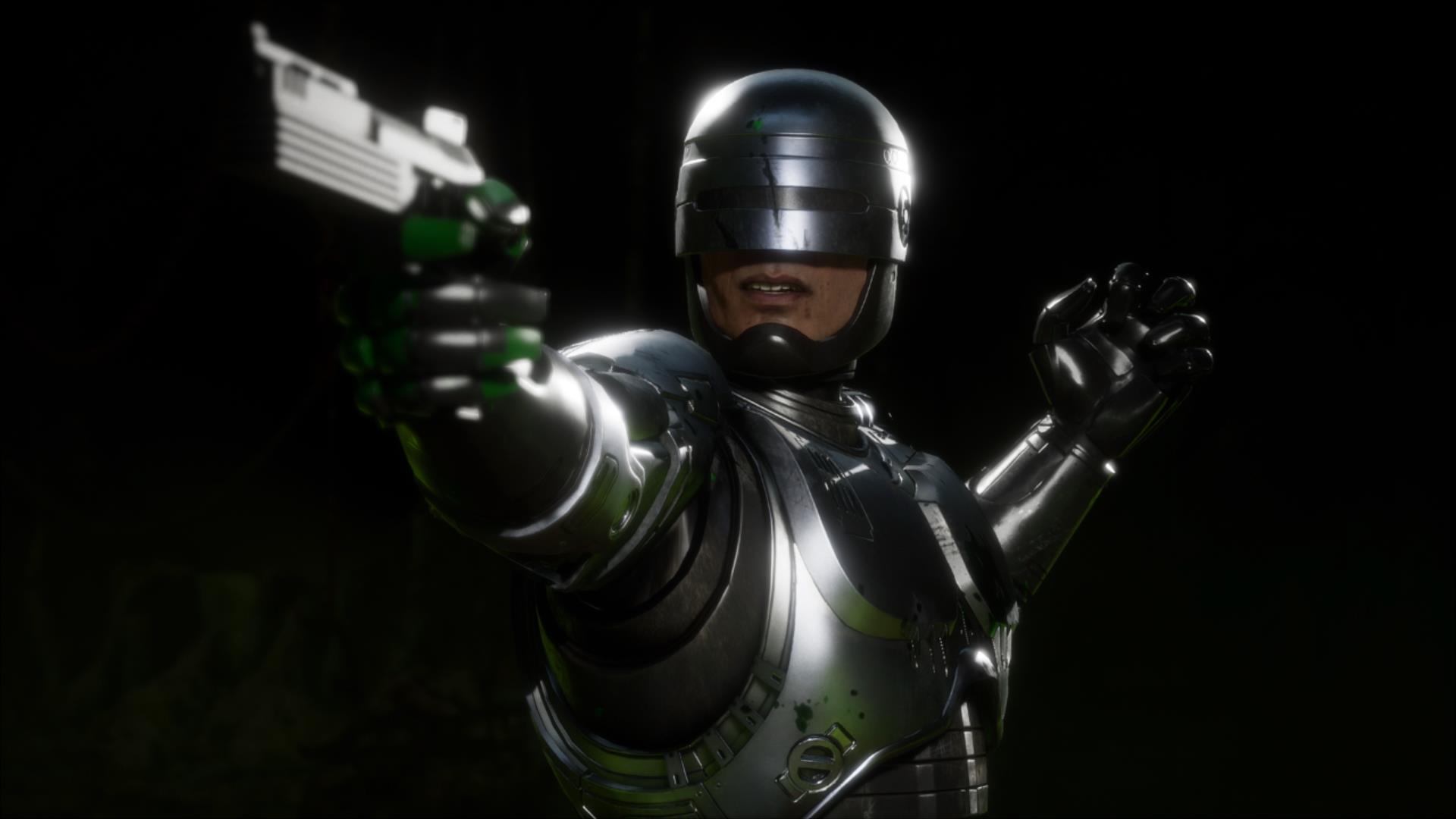 Part man, part machine – all cop, RoboCop makes his Mortal Kombat debut as a part of the MK11 Aftermath bundle. And man oh man, he looks amazing. It’s like he was pulled straight out of the movies. A lot of his voice lines and interactions with the other Kombatants are direct references to the movies. “Bad languages makes for bad feelings.”

Almost all characters on MK11 have some kind of ranged attack, but RoboCop is a zoner through and through. His kit allows him to control space and keep his opponent at bay with a number of projectiles and counter-attacks. Mortal Kombat zoning gameplay is a known scrub-killer. If you’re a beginner and you have trouble dealing with projectile spam, you’re gonna have a  bad time against RoboCop. 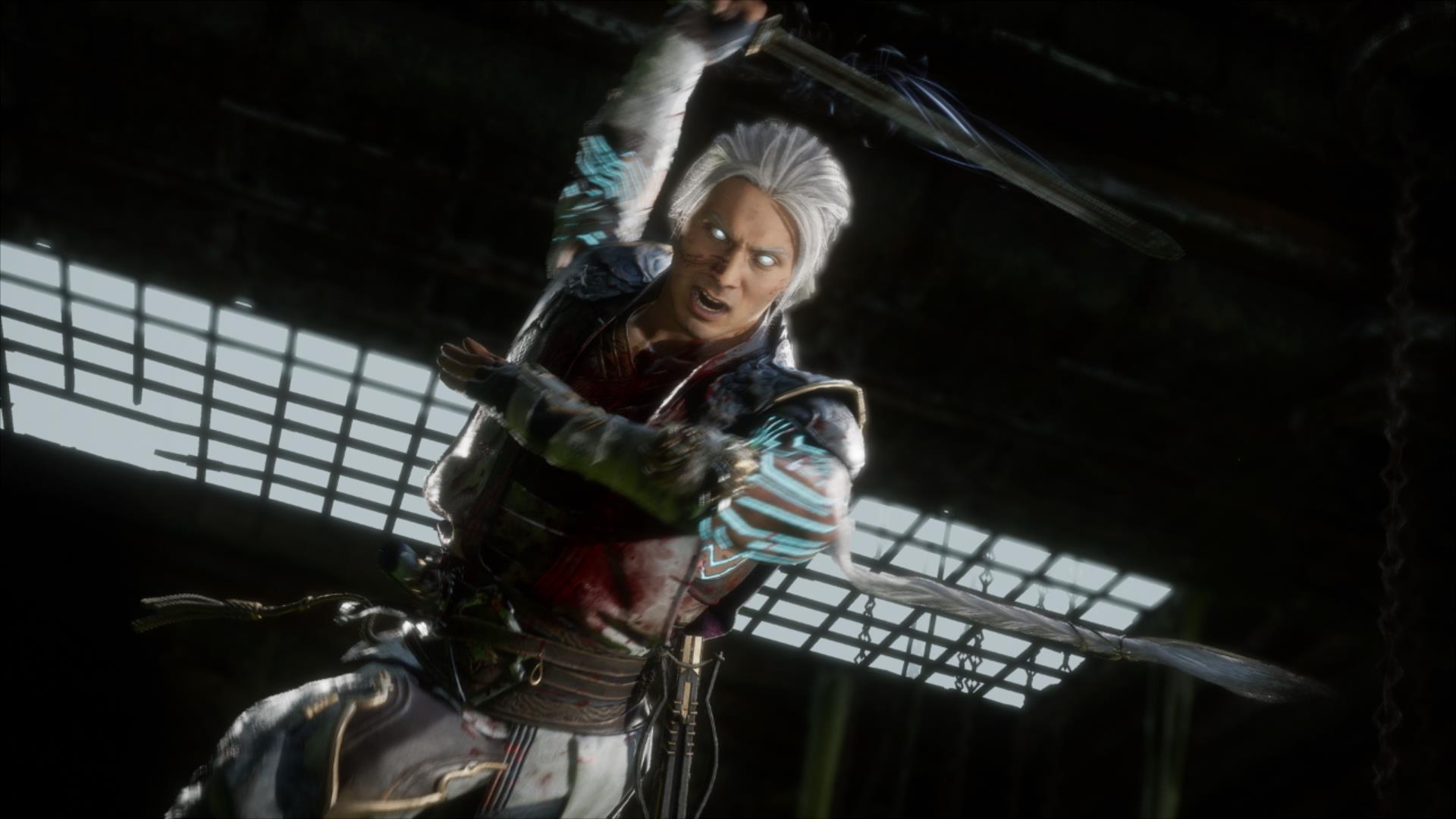 Fujin, the wind god, is one of the three DLC characters of Aftermath.

Fujin is a little more difficult to play than usual. His combos are a little bit more complex than most, but his neutral game is his true strength. Fujin has some fast, far-reaching normals, and a lot of mobility tools, which lets him dominate in the neutral. 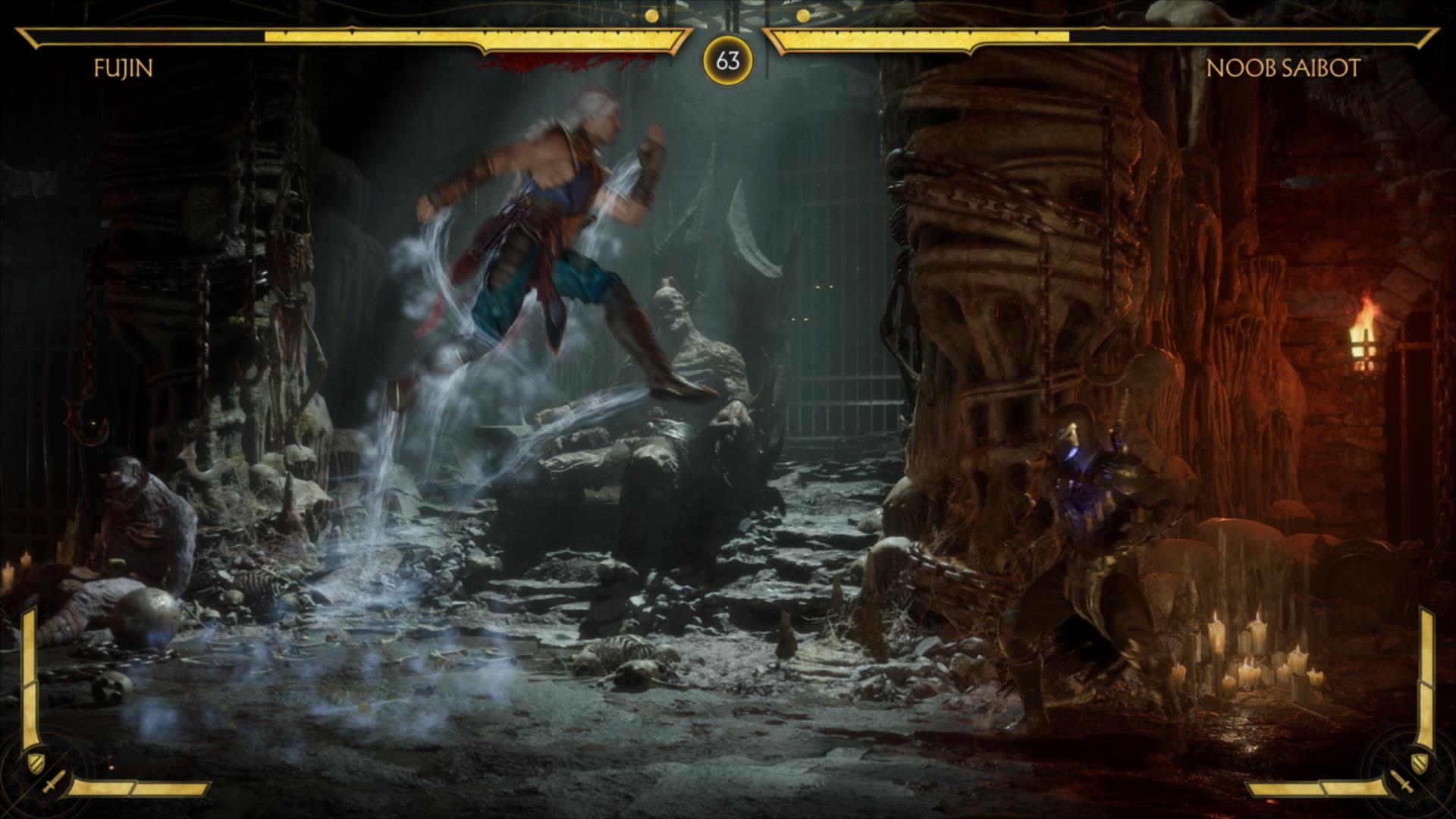 Even though a lot of characters in Mortal Kombat 11 have great mobility tools, they’re nowhere near as versatile or as safe as Fujin’s. Fujin has movement tools that are both evasive and offensive. He’s a bit more advanced to play though, so if you’re a beginner, he’ll take a bit more practice to master. 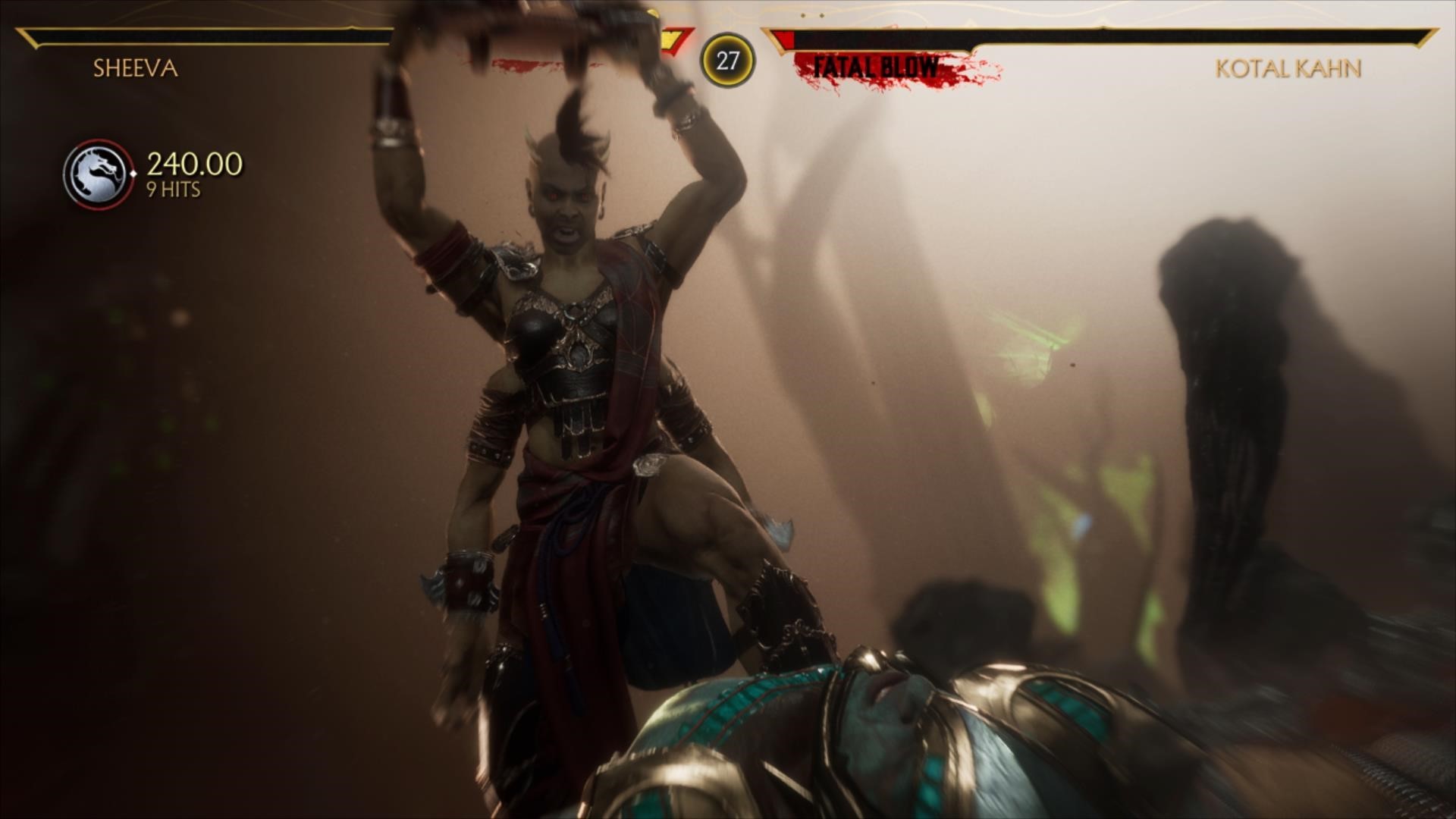 The Queen of the Shokan, Sheeva makes her return as the last DLC character of Aftermath.

She plays a little bit like her Mortal Kombat (2011) iteration, although with much stubbier normals. It was so weird to me that a lot of her neutral attacks had very little range. She makes up for it by her strong grappling game. If you’re in range of her four stubby arms, you’re in range to get grabbed.

If you don’t have vanilla MK11, you’d be more than getting your money’s worth with the Mortal Kombat 11: Aftermath Kollection. You get everything on Mortal Kombat 11, including previous DLC characters including Spawn and Joker, 4-ish hours of extra single-player story, 3 new characters, and all the new stages and features. It’s the perfect jumping-on point for new Mortal Kombat players.

Previous articleUse PayMaya to get the best deals at the Lazada 6.6 Bounce Back Sale
Next articleViu is now available on Huawei devices via the AppGallery 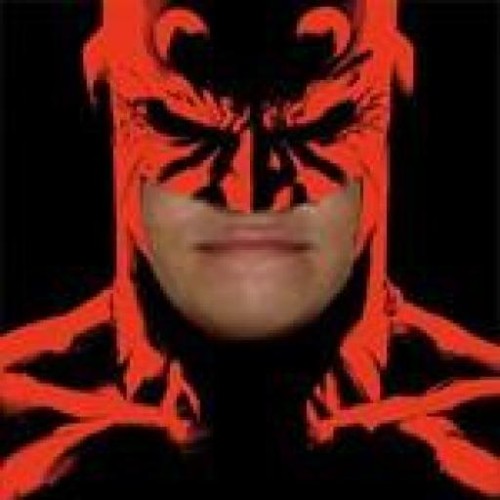