Overcooked is free this week on the Epic Games Store

Get this fun (and infuriating) local co-op game now! 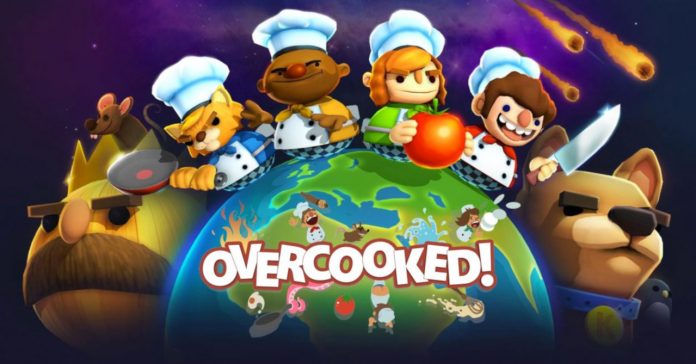 Not familiar with the game? Overcooked is described as:

“Overcooked is a chaotic couch co-op cooking game for one to four players. Working as a team, you and your fellow chefs must prepare, cook and serve up a variety of tasty orders before the baying customers storm out in a huff. Sharpen your knives and dust off your chef’s whites, there isn’t mushroom for error and the steaks are high in these crazy kitchens!”

When you start playing Overcooked, it’ll seem simple at first. But make no mistake, Overcooked gets incredibly hectic fast, especially when you’re playing with four players. Once orders pile up and you and your team struggle to keep up, you better be ready. Overcooked is a true test of any friendship or relationship; you have been warned.

Overcooked was originally released back in 2016 on PC, PS4, and Xbox One, followed by a Switch version in 2017. The game was a big hit, so much so that the game even received a sequel in 2018.

Download Overcooked this week on the Epic Games Store.

- Advertisement -
Previous articleFallout Shelter Online is now available on Android and iOS
Next articleUse PayMaya to get the best deals at the Lazada 6.6 Bounce Back Sale