Including Ellie figures, apparel, and many more! 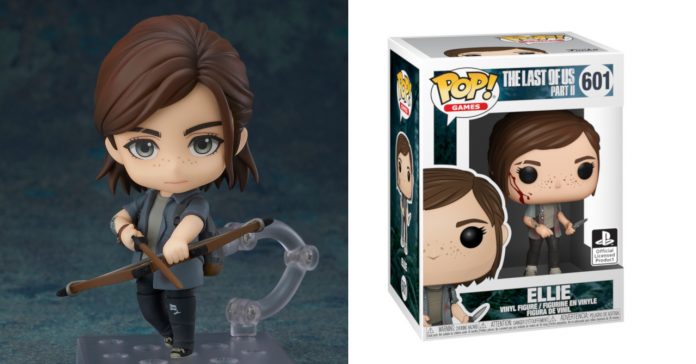 To celebrate the release of The Last of Us Part II, PlayStation has unveiled a new lineup of TLOU2 merchandise, including various figures of main character Ellie, as well as apparel, acessories, and more.

Among all the new merchandise revealed, the Nendoroid Ellie is probably my favorite. This chibi-style posable figure of Ellie features two face plates, as well as four of Ellie’s weapons in the game; including a machete, a bow and arrow, a pistol, and a brick.

The Nendoroid Ellie will release in December 2020, and is available for pre-order now in Good Smile Company partner retailers, including Hubbyte and Onegai Onii-chan. The figure is priced at around PHP 2000 in both stores.

Up next, we have another figure of Ellie, this time a Funko POP. This Funko POP sees Ellie with a bit of blood on her face (possibly fresh from an enemy encounter) all while clutching her trusty switchblade.

The Ellie Funko POP is now available for pre-order via stores such as Hobbiestock Collectibles, with the figure priced at PHP 595.

Another cute line of figures is The Last of Us Tubbz Cosplay Ducks Collection. This lineup features Ellie, Joel, Tess, and a Clicker, all in rubber duck form! Each figure is priced at USD 12.99 (around PHP 651) and is available now at the Numskull website.

Aside from the figures, there are a lot more TLOU2 merchandise, including t-shirts, a jacket, a backpack, and many more. There are event The Last of Us-inspired guitars, including a one-to-one recreation of Ellie’s guitar.

Check out all of the new TLOU2 merchandise HERE.