Pokemon Go Grandpa is back, and now he has 64 smartphones 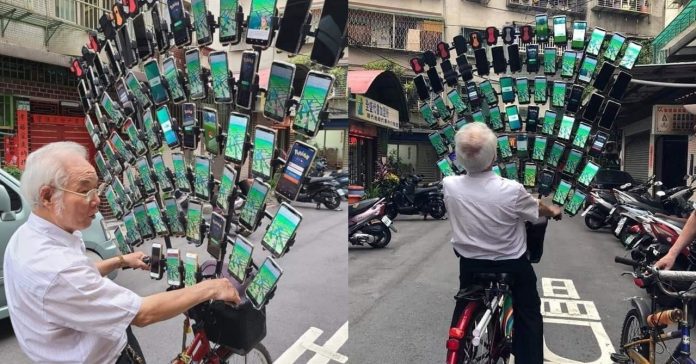 Back in 2018, Gramps upgraded his rig to 22 smartphones. Now, two years after, Pokemon Go Grandpa uses 64 smartphones to catch Pokemon!

Firstly, that’s definitely the craziest (and best) Pokemon Go setup we’ve ever seen. Though we can’t imagine how difficult it is to actually ride a bike with 64 phones mounted on the front. Not to mention how tough it is to monitor all 64 phones while out and about. Still, if there’s anyone that can pull off a contraption like this, it’s Pokemon Go Grandpa. We definitely admire his dedication to catching them all!

Given how Granpda keeps on adding more and more phones to his setup, we won’t be surprised if he starts using 100 phones to catch Pokemon Go by 2021.

Source: yanwu via The Verge