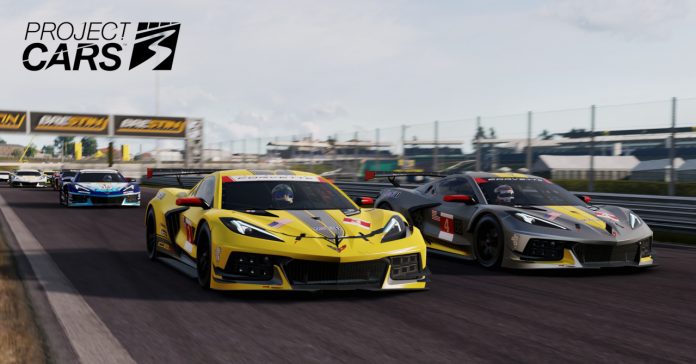 Bandai Namco Entertainment and Slightly Mad Studios have recently revealed Project CARS 3, the latest installment in the Project CARS racing simulation series. This new Project CARS game will announced in a new reveal trailer, which you can watch here:

Project CARS 3 promises to be even bigger than its predecessor, with over 200 road/race cars, 140 global circuits, and 4-season all-weather racing. Alongside these cars and tracks, the game is also introducing a Career Mode where players must upgrade their cars with authentic performance parts that will affect handling and power. As you may have guessed, the player’s goal in Career Mode is to climb up to the top of the racing world.

While the game should still satisfy serious racing sim fans, Slightly Mad Studios stated that they’ve made this latest Project CARS entry the “most accessible entry in the franchise’s history to cater for all drivers no matter their skill level.”

“It’s been quite a journey watching the Project CARS franchise go from strength to strength these last five years, and we’re delighted to finally lift the wrap on Project CARS 3,” said Ian Bell, founder and CEO, Slightly Mad Studios. “While realism and authenticity continue to be at the core of the franchise, we’ve added a host of new options to ensure that Project CARS 3 is also the most accessible game in the franchise’s history. We really couldn’t be more excited to show off our new Project CARS game to both fans of the franchise and those who are ready to experience racing at its very best.”

Project CARS 3 releases on PS4, Xbox One, and PC in Summer 2020. For more info on the game, as well as other titles from Bandai Namco Entertainment Asia, visit: https://www.bandainamcoent.asia