The game releases on July 10! 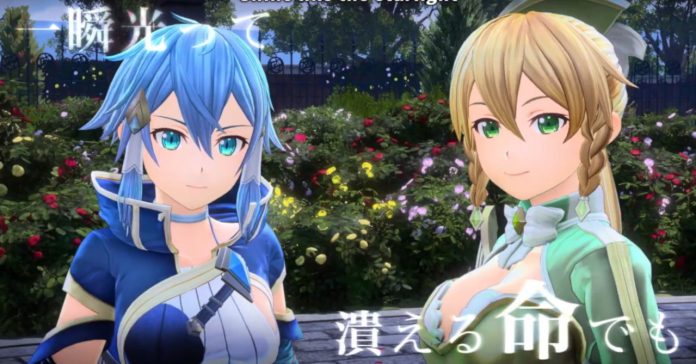 With the release of Sword Art Online Alicization Lycoris coming up in just a few weeks, Bandai Namco released a new trailer for the game, and it confirms that several fan-favorite SAO characters will appear in the game!

So yes, iconic SAO characters Sinon, Leafa, Lisbeth, and Silica will be part of the latest Sword Art Online game. These four heroines will help Kirito on his journey through the Underworld. Not only will they appear in cutscenes though, players will also be able to add them to their party!

In case you’re unfamiliar, Sword Art Online Alicization Lycoris is an upcoming Action-RPG in the ever-popular Sword Art Online. The game is described by Bandai Namco as:

“Based on the season 3 of the anime adaptation, the franchises biggest story arc, SWORD ART ONLINE Alicization Lycoris features a stirring story faithful to the original anime, supervised by the renowned author Reki Kawahara. SWORD ART ONLINE Alicization Lycoris embrace the medieval-fantasy world of the Alicization arc – where players are able to wield great swords, meet knights and come face-to-face with mythical creatures.”

Sword Art Online Alicization Lycoris releases for the PS4, Xbox One, and PC via Steam on July 10, 2020. The game was originally set to release on May 22, but the game’s release date was moved due to the COVID-19 pandemic.