No, you won't be able to eat this. 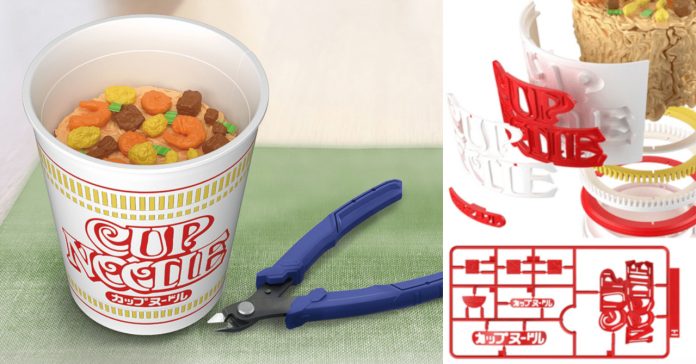 Bandai recently announced that it has teamed up with Nissin to release a Cup Noodle model kit. This kit is a 1:1 plastic model of the iconic Japanese Cup Noodle, and it’s a near-perfect recreation of the beloved cup ramen.

While it would’ve been easy for Bandai to release a basic Cup Noodle model kit, they basically pulled out all the stops for this one. Inside the kit is an accurately-sized bunch of noodles, as well as the exact amount of toppings found in actual Cup Noodles. From pictures, it looks so good that we actually want to put some hot water and it eat it after three minutes!

To announce this new model kit, Bandai released an absolutely epic video which you can watch here: