Wild Rift: How it compares to LoL and Mobile Legends

The new champion in mobile MOBA? 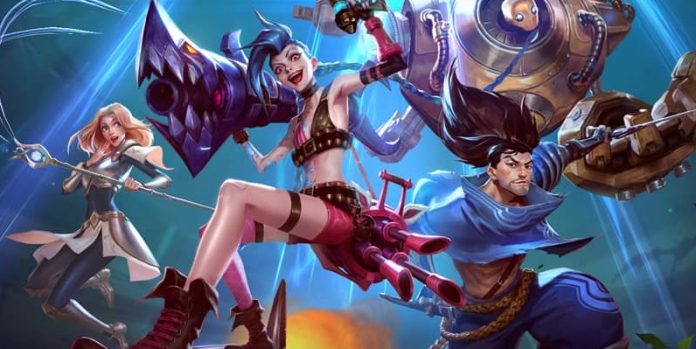 The Alpha testing for Riot Games’ much-awaited MOBA League of Legends: Wild Rift is out now for a select number of players, and as early as now based on my initial playthrough I can say that things are really looking great for this game!

A bit of background before we dive in on the details, though I have played a bit of League of Legends and DOTA 2 on the PC, I did not dive into it as much like other MOBA enthusiasts. Not to the game’s fault but rather I came at a point in my life that I cannot simply keep up with my friends playing long matches until the ungodly hours in the morning.

This is where another game called Mobile Legends: Bang Bang changed my view on things, as they let me have the same competitive experience on the PC but now I can get it in bite-sized chunks anywhere using my mobile phone. It is the same here with Wild Rift and I’m sure you’ll be hearing and reading a lot of drawn comparisons between the two, so treat this both as an initial impressions for the game at the same time checking out what’s different between this both League of Legends for the PC and ML:BB. Here we go.

Coming from PC League of Legends

If you came in expecting this to be a complete port of League of Legends for the palm of your hand, then let me break it to you hard – it is not and most likely will never be a 1:1 port. What they did in Wild Rift is completely revamped most of the core elements of the game to make this one its own beast for mobile.

Perhaps the biggest change is the game’s map. Originally called the Summoner’s Rift on the PC, here in mobile it is now called Wild Rift, taking from the namesake’s title. But it goes more than just a simple name change, the overall layout looks to be symmetrical (mirrored) for both you and the opponent, at the same I noticed that they lessened the number of turrets dishing back at you – particularly on the home base called the Nexus. Those towers seems to have lesser health that its PC counterpart, keeping on the idea of a faster game.

If you played League of Legends on the PC, you pretty much know that these games can take awhile to finish with sessions clocking in at around 45 minutes to an hour on average. A small part of this is because of the games “level cap” which stops at around 18. Here in Wild Rift your champion caps at level 15 which effectively quickens the pace of the game. On average I was clocking in at 15-20 minutes per game, really perfect for those sweet escapes.

Speaking of Champions, when the game finally launches it is reported that the game gives you 41 characters to mess around with, and expect a steady flow of them to roll out at a scheduled clip.

For those wondering, from the get-go the alpha test gave a total of 13 Champions to toy with (5 automatically unlocked). Other heroes roll out get just by leveling up and purchased using Blue Motes, a resource in the game.

As you might expect, a lot of these Champions got a rework to comply with the touch controls of your smartphone using a dual control stick scheme, which is basically “left” for movement and “right” for aiming. With overlay buttons at the ride side for their appropriate skills. There are also auto targeting options for both minions and human opponents.

Runes from what I observed are automatically unlocked at the start, before the match you can select up to 4    of these, with some of these runes activating when you reach a certain level. These runes further the customization of your champion, giving them stat bonuses and/or added effects during a match

The items/ equipment seems to be lesser here as well which allows for quicker decision-making so that you can be more focused on the action in the map. I also like the fact that like in ML, there are pre-made loadouts readily available. These come really handy when choosing a new hero, as you can tinker these setups down the line as you see fit.

Here are some points to consider when you are coming from Mobile Legends: Bang Bang, which is arguably the game’s fiercest competitor in Asia. Though both games stick to the idea of a faster and more accessible MOBA fill, there are really some gameplay differences that can separate these two and provide a more varied experience.

The obvious and major key point on Wild Rift is the map itself, as mentioned there is still a top, mid and bottom lane like in ML but from what I noticed, both the lanes and jungle area feels radically different and looks to favor a specific Champion or class – adding another layer in strategy and meta. This can be similar in ML with the initial 1-3-1, with marksmen or tanks usually positioning in mid and adjusting as needed. Here in the game I was constantly signaled (as a tank) to go top, looks like they knew that I came from ML, hahaha.

That being said, laning strats are drastically different now so keep that in mind coming in to Wild Rift. 1-3-1 is NOT the gold standard here.

Speaking of specializing your character, before a match in Mobile Legends you can choose a certain spell that will be available for you for duration of the match, effects of each spell greatly varies like healing or moving faster for a few seconds. These are also present in Wild Rift but instead of 1 spell in ML, you can now choose 2, furthering the customization factor a bit more.

XP For Mobile Legends, unless you or a teamate is wearing a “mask”, both Gold and XP are shared with the nearby heroes who contributed. In Wild Rift, what I noticed in the alpha is that to get the majority of the Gold you need to have the last hit on the creeps. On the other hand XP looks to be shared even if you didn’t get the final blow.

Mobile Legends (also in Arena of Valor) made buying equipment very streamlined and faster with its “shop anywhere, anytime” mechanic. Wild Rift seems to rid of this and provide a more old-school feel where you can only purchase stuff at your home base.

Runes are similar to Emblems in ML with the idea of setting up a particular build or playstyle for your champion. In the Alpha test it looks to be that the runes are all available but don’t have an upgrage system (Yet? I still have to dig deep into this). But from what I saw, every rune is selectable but activate when you reach a certain level. This is opposed to the “leveling up” mechanic in ML:BB, which require both gold and magic dust to further specialize your character.

And that’s about what I can gather (for now, I am still enjoying my time in the Rift). There’s actually plenty more here that I want for you to discover on your own when you get your hands on this. But having both played Mobile Legends: Bang Bang and League of Legends: Wild Rift, I can safely say that they can both go hand-in-hand in the mobile MOBA gaming scene. I’m really looking forward to seeing more of this as the game grows but for now color me impressed at Riot Games’ signature polish that really shows at this Alpha testing.

League of Legends: Wild Rift was tested on the Realme 6.