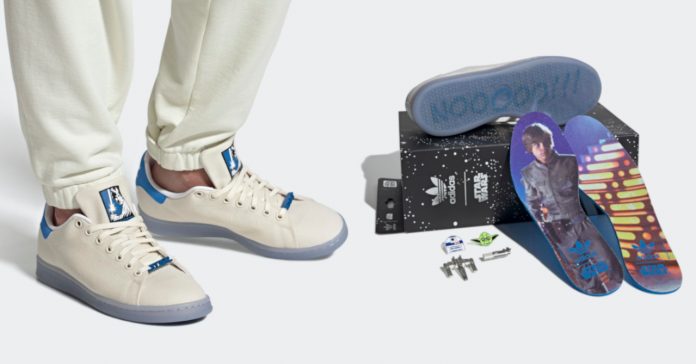 Unlike the ‘Lightsaber’ basketball sneaker line which had bright and eye-catching colors, the ‘Luke Skywalker’ Stan Smith is a cleaner pair with a white-and-blue colorway. Specifically, the pair has a primarily white leather upper, with a blue patch on the back, a reference to Luke’s blue lightsaber (originally Anakin’s saber). The pair also has a translucent blue cupsole, an image of Luke Skywalker at the tongue (instead of Stan Smith), and ‘Star’ and ‘Wars’ on the laces.

The sneakers also include ‘Nooooo!!!‘ on the outsole, a reference to Luke’s reaction when he found out that Darth Vader is his father. Another detail is the iconic scene in Cloud City on the sockliner. Finally, the sneakers will come with pins of R2-D2, Yoda, an X-Wing, and Luke/Anakin’s lightsaber. 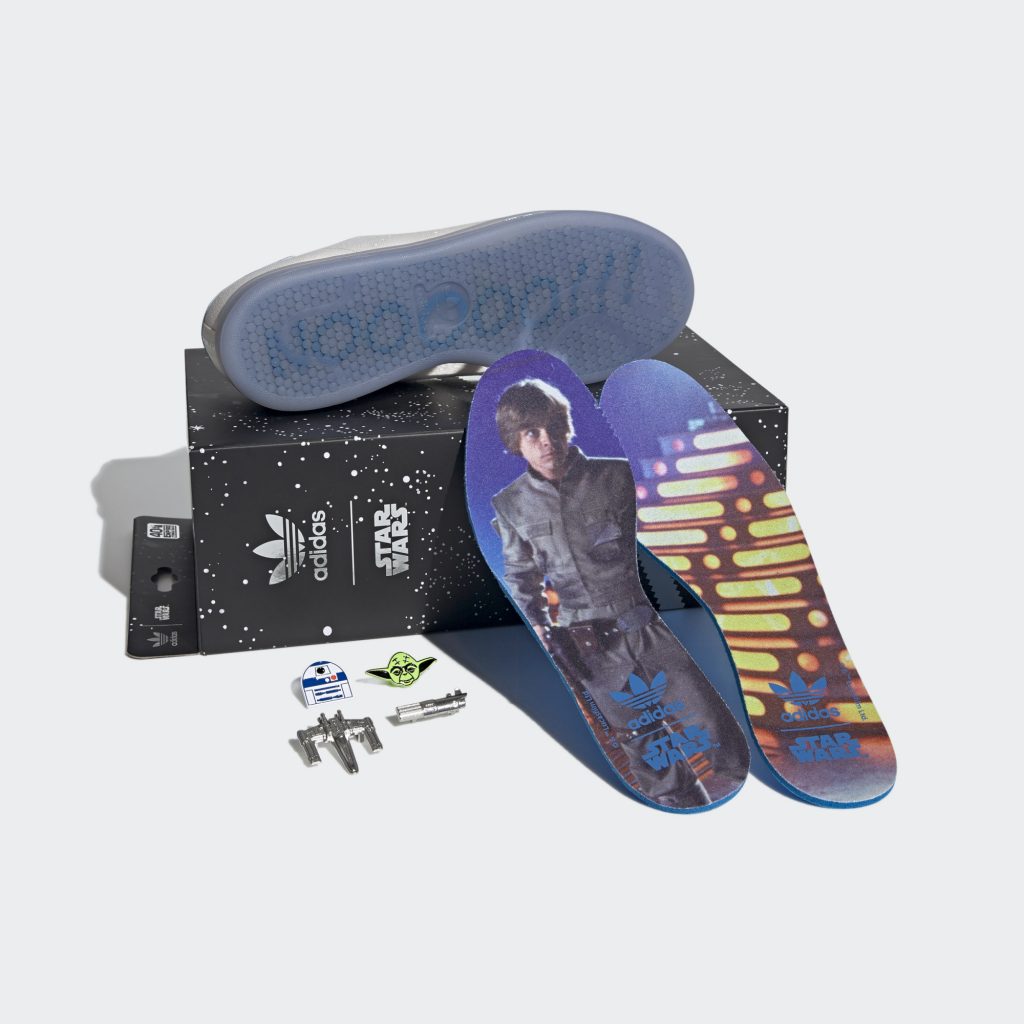 The Addias ‘Luke Skywalker’ Stan Smiths will be released in the US on July 23, 2020, with an SRP of USD 120 (around PHP 5,924). The pair will be available on the official Adidas online store. There’s no word yet on a PH release though.

- Advertisement -
Previous articleThe Ghost of Tsushima official soundtrack is streaming now on Spotify
Next articleIt’s a Bargain! Get great deals on Gundam Barbatos and more at Shopee’s Gundam Sale!