The specs also look quite promising! 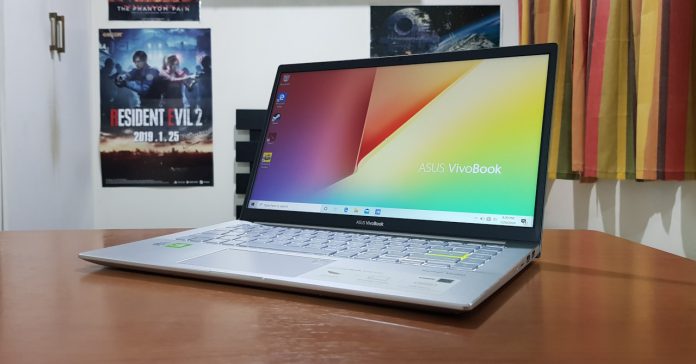 A few days ago, ASUS announced that it will launch its new lineup of VivoBook S laptops in the Philippines. Consisting of the VivoBook S14 (S433) and the S15 (S533), these new notebooks are designed for the youth as they both have eye-catching colors, as well as capable hardware.

While the laptops will launch in the Philippines on the 31st of July, we recently got our hands on a VivoBook S14 (S433) to give it a bit of a test run a bit before the official launch event. We’ve only had this unit for a couple of days, but from what we’ve seen so far, we’re impressed. 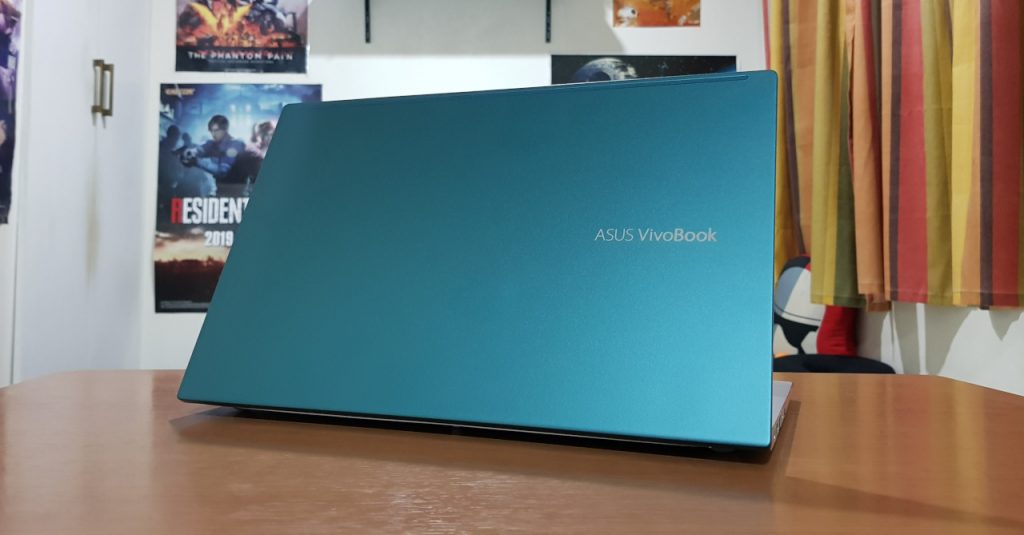 The first thing that will likely catch your attention is the VivoBook’s design. Thanks to its textured metal chassis and bright colorway (our unit comes in the Gaia Green color), the new VivoBook S14 looks and feels quite premium, impressive for a laptop that will probably release with a price tag that won’t break the bank (at least based on previous pricing for VivoBook S laptops).

The VivoBook S14 isn’t green all over as the laptop’s bottom half has a brushed metallic look. It’s far from boring though, especially as it features a neon-colored enter key, adding a bit of flair to the laptop’s overall design. 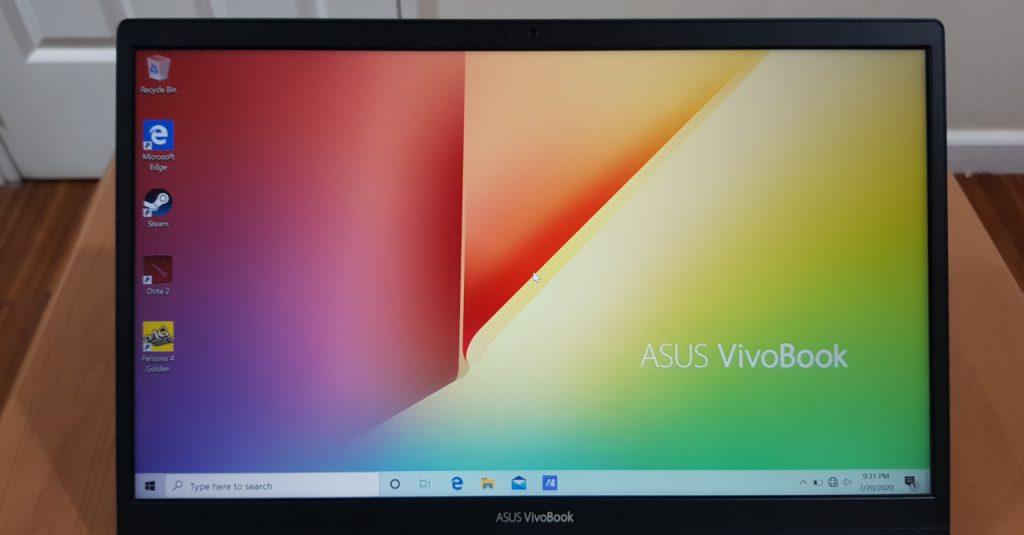 Aside from its great design, the VivoBook S14’s NanoEdge display is also quite a looker. This laptop’s display has a 14-inch diagonal, a Full HD (1920 x 1080) resolution, and thin bezels for an 85% screen-to-body ratio. The display doesn’t just look good though, it’s also great for media playback; at least, that’s what I think after watching a couple of music videos and anime episodes in my initial test. 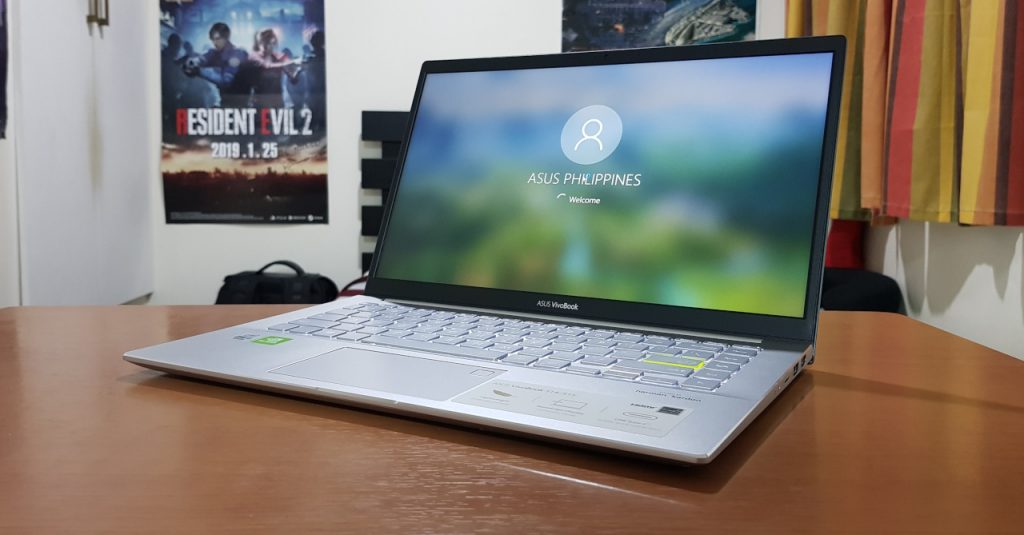 Having a good-looking design and a sharp display is great and all, but I can’t recommend a laptop if it doesn’t have good specs. Thankfully, the VivoBook S14 (S433) has some good hardware. Powering the S14 is up to a 10th-gen Intel Core i7 CPU, up to an NVIDIA MX350 GPU, 8GB of RAM, and 512GB of SSD storage. On paper, this is a good set of specs for an all-around laptop, though of course, we’ll have to test it out before we give out our final verdict.

Another important aspect of a laptop is I/O, and the VivoBook S14 does not disappoint in that regard. At the right side of the laptop, we have 2 USB Type-A ports and a microSD card reader. Meanwhile, on the left we have an HDMI port, another USB Type-A port, a USB Type-C port, and a 3.5mm headphone/mic combo jack. With an increasing number of laptops opting only for Type-C ports and nothing else, it’s good to see that the VivoBook S14 still has a fair number if connectivity options; having an HDMI port and microSD card reader is always welcome. 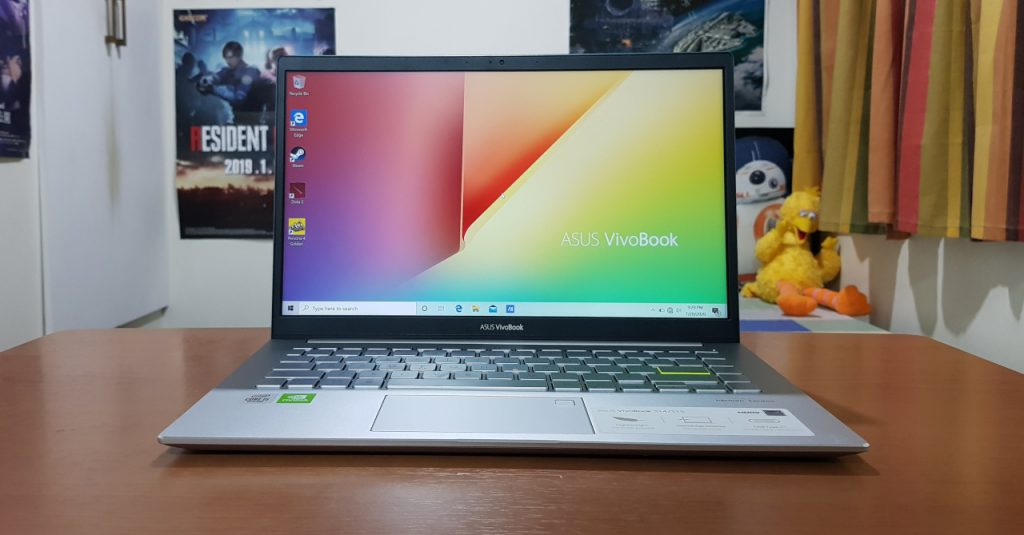 From our quick time with the VivoBook S14, we can definitely say that it’s a promising laptop that looks like a perfect fit for all-around use. If you’re, say a college student or an office worker, the VivoBook will likely have enough power under the hood for what you need. Plus, the VivoBook S14 is quite a stylish laptop with a number of color options, meaning you can choose which S14 fits your personal style the most.