Is Ghost of Tsushima worth playing in Kurosawa mode? Here’s what the devs have to say

The game's black-and-white mode makes for a unique experience. 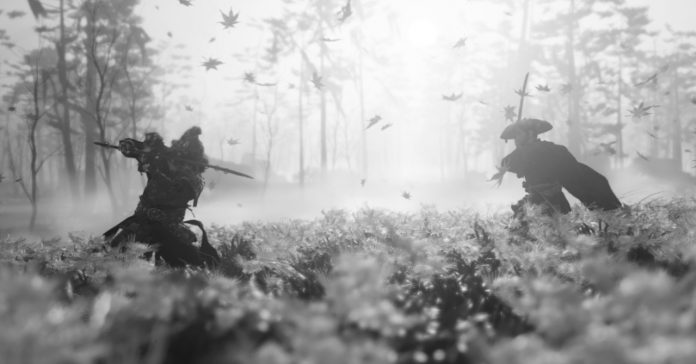 One of the most impressive aspects of Ghost of Tsushima is its graphics. The game just looks incredibly gorgeous, and that’s thanks in large part to its bold use of colors, from bright red autumn leaves to seas of white and green pampas grasslands. But the game also includes a visual setting called ‘Kurosawa mode’ which turns the game black-and-white, adds a film grain effect, and makes the game sound a bit muffled (in tribute to legendary director Akira Kurosawa). This mode gives the game a more cinematic flair that’s reminiscent of classic samurai flicks from the 50s and 60s. 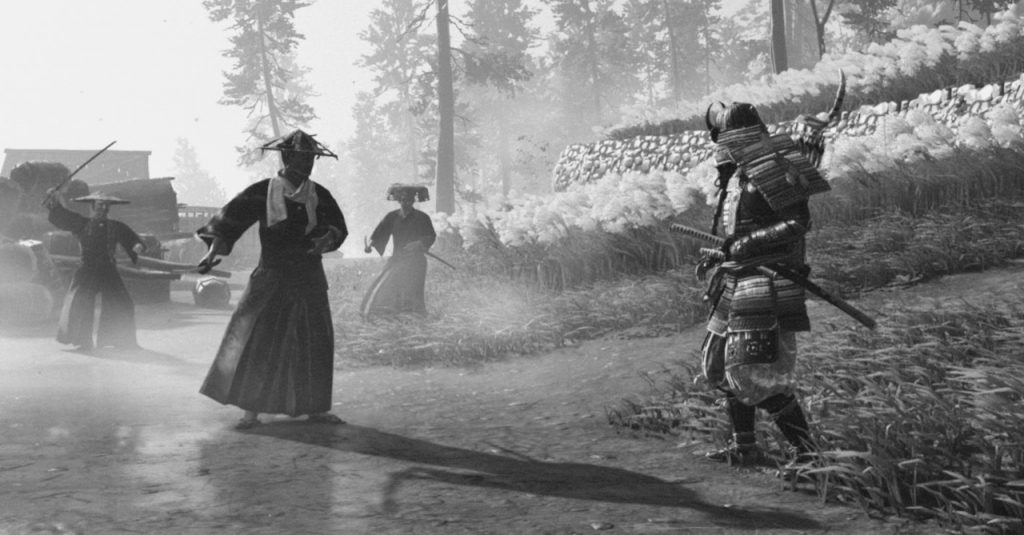 While it’s a cool visual mode, I wondered if it was worth using for someone’s first playthrough. After all, playing in a black-and-white game mode means you won’t be able to see the game’s vibrant colors. So this is exactly what I asked when I had a chance to ask some questions to Tsushima’s Art/Creative Director Jason Connell and Environment Art lead Joanna Wang.

When asked if Kurosawa mode is recommended for a first playthrough, here’s what Connell said:

“I totally recommend that players pick the one that they want to [use] the most. I love the colors in our game, I’m very proud of what Joanna’s team and everybody has been able to create. But for the black and white mode, if you’re a big samurai cinema fan, I think it’s a fun one to start with. “

There you have it, Kurosawa mode is a ‘fun’ mode to start with for big samurai cinema fans; and I’ll have to agree. While I played through most of the game in the standard color mode (as I also love the game’s colors), I did play a couple of hours in Kurosawa mode, and I had a great time. 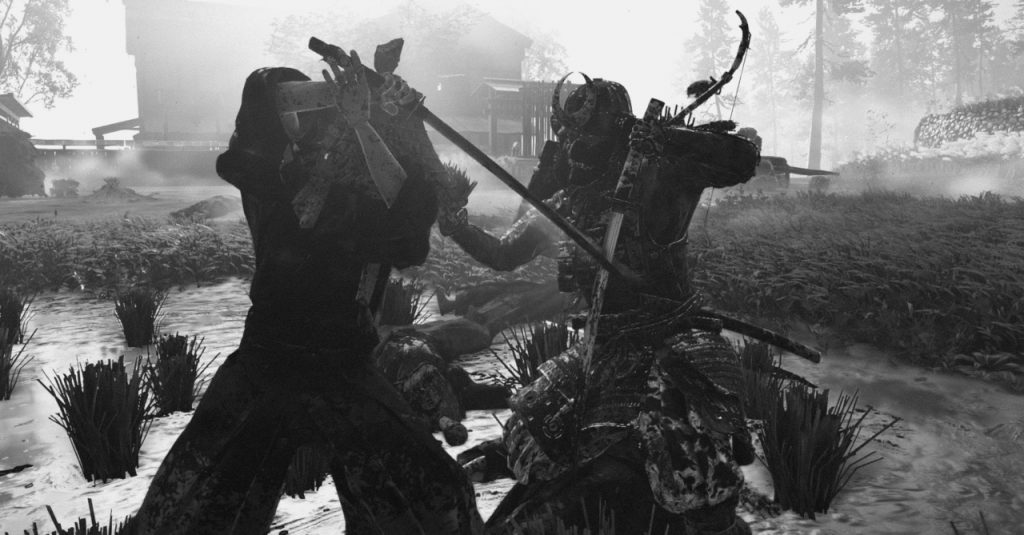 As someone who watched several older samurai films prior to playing Tsushima (such as Seven Samurai and Harakiri), Kurosawa mode was a definite treat. In this mode, Ghost of Tsushima felt like a playable classic samurai movie. There were some challenges in playing in this mode though, like how it’s a bit more difficult to determine if you can block or must dodge enemy attacks (as their ‘tells’ are color-coded). There’s also the fact that it’s a bit more difficult to see if you’re in low health as compared to the standard color mode. Despite these, Kurosawa mode is still very much a fun mode to play; in a way, you can think of these “issues” as an added layer of challenge. 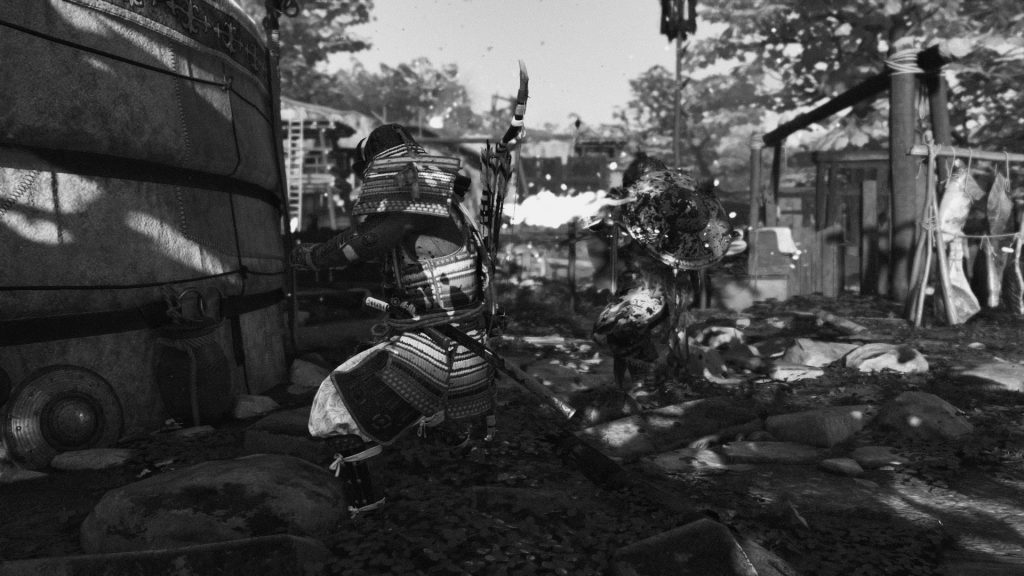 Even with Kurosawa mode’s lack of color. I found that it was just as stunning visually as the color version. In my chat with the Sucker Punch devs, I learned that the game’s bold colors actually made Kurosawa mode better.

“We did a lot of the actual material study in the real world, what color value they are, how shiny they should be, and how rough the surface should be. We did a lot of those studies, so when we were making the game, one of the goals is to make everything accurate as much as possible like our lighting, so when you switch to a different [color] mode, it should all work,” said Wang.

“Joanna’s totally right, the better that you make the color version of the game, frankly, when you do the black and white version, it actually benefits from the beautiful, bold colors because it’s actually using that as a source,” added Connell. 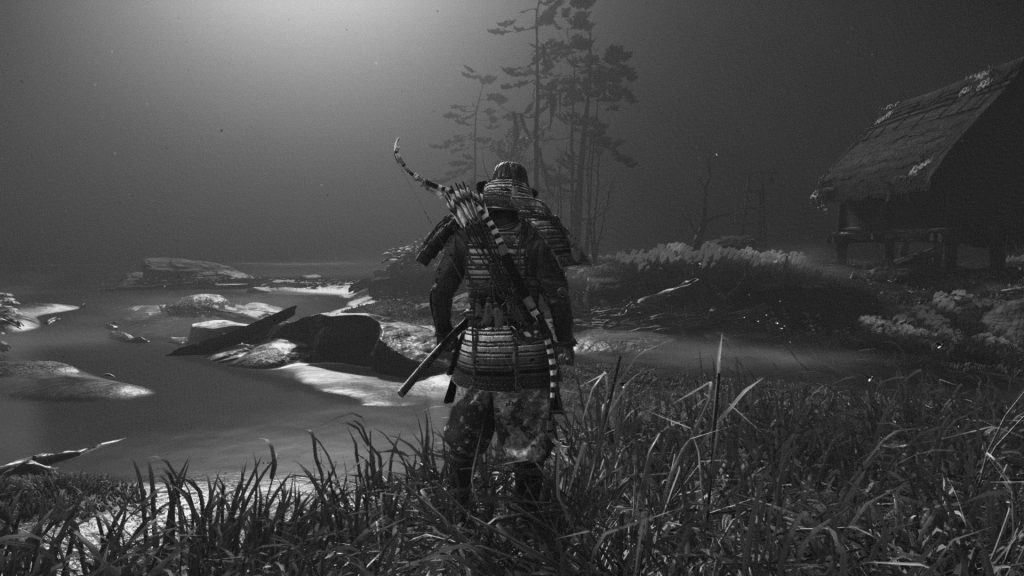 While the game’s colors made the creation of Kurosawa mode easier, the whole process of creating this visual setting was still a challenge overall. To make the mode as reminiscent of Samurai film classics, the developers had to go through lots of references.

“The way that we created the black and white is, it took a lot of references from Kurosawa films and we had to match the blacks and the whites, so there’s a big process behind it to try and make sure that it’s close as possible. There’s no magic number or magic filter for it because our game is massive, and you can go in areas where it’s a dense forest, sometimes its sunny, sometimes it’s rainy, sometimes there’s a lightning storm, sometimes you’re inside. So we had to look at a ton of film that has all of these aspects and then try to match it because our game takes you to so many places,” said Connell. 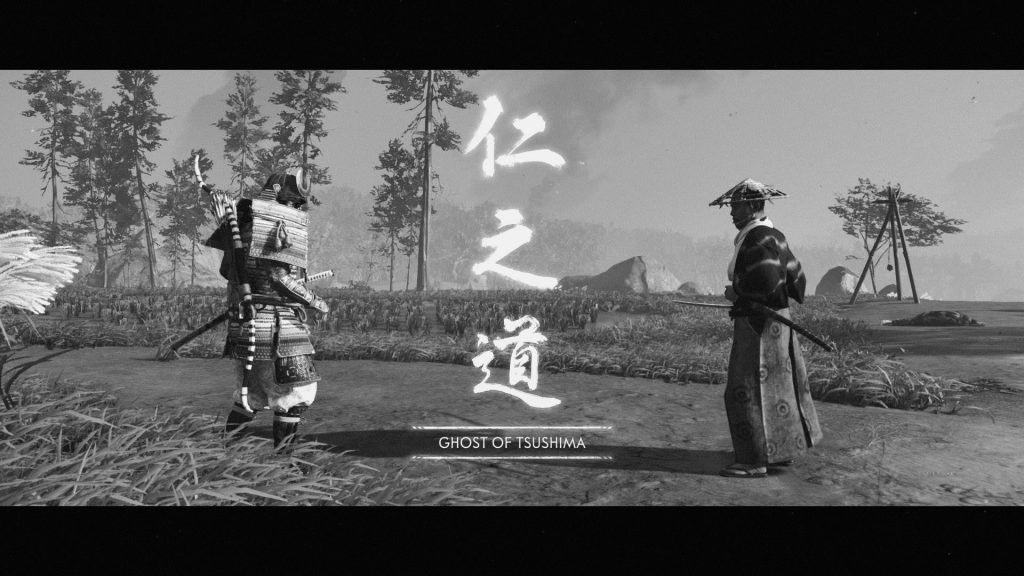 Thanks to the effort that Sucker Punch Productions put in, Ghost of Tsushima’s Kurosawa mode is a great way to experience the game, especially if you’re a samurai cinema buff. Though even if you’re not familiar with samurai classics, Kurosawa mode is still well worth trying. After all, even if you select Kurosawa mode at the start of the game, you can easily switch to the game’s color mode in the settings. Thanks to this, you can pretty much switch between the color and black-and-white modes whenever you please.

Ghost of Tsushima releases exclusively for the PS4 on July 17, 2020.

- Advertisement -
Previous articleGhost of Tsushima Review | A Step Above Your Standard Open World
Next articleThe samurai films that inspired Ghost of Tsushima, according to Sucker Punch