A good phone for those with tight budgets. 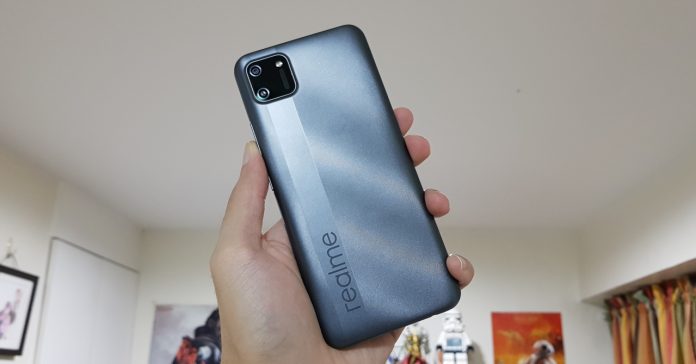 Just two weeks after launching the flagship X3 SuperZoom in the Philippines, realme is back with another smartphone, and this time it’s one of the brand’s most affordable yet! 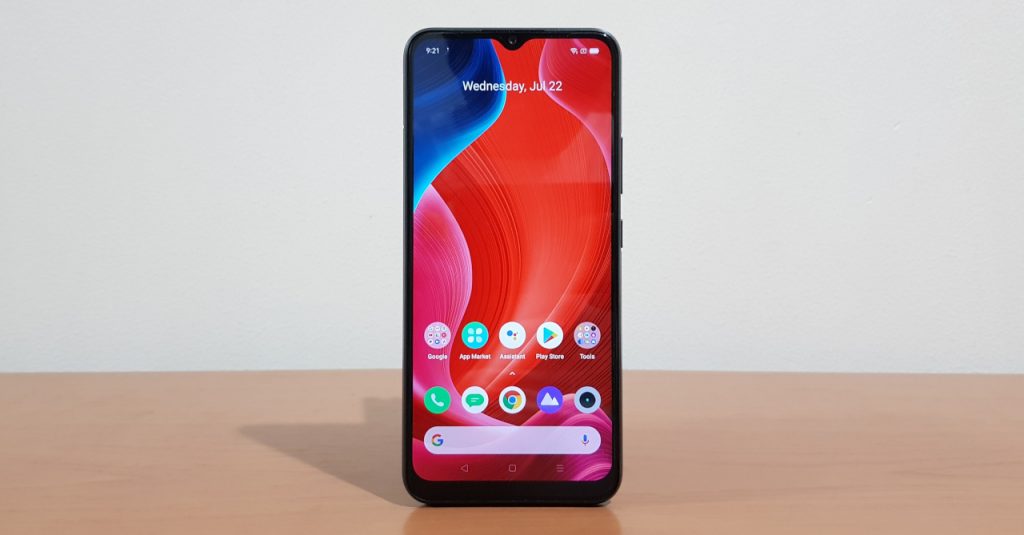 As the latest phone in realme’s C series, the C11 has an incredibly affordable price tag that’s under PHP 5k–that’s even cheaper than the realme C3 which was released earlier this year. Of course, you might wonder what realme had to sacrifice to attain such a low price tag. For one, this phone only has two cameras instead of three; not to mention only having 2GB of RAM. In spite of this though, the realme C11 promises snappy performance thanks to its new Helio G35 processor.

So is the new C-series phone a good budget contender? Find out here in our full review of the realme C11! 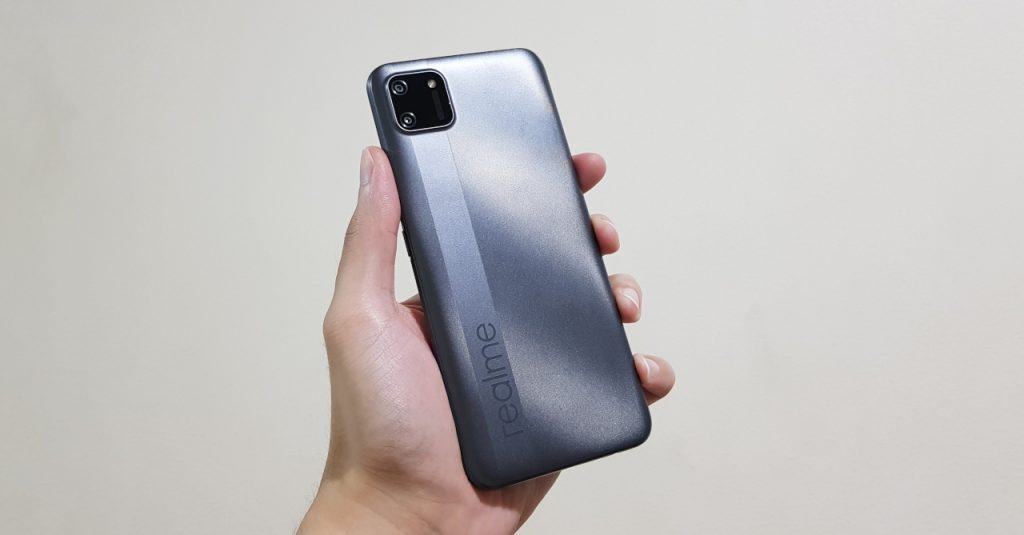 As a budget phone, the realme C11 has a plasticky build that I wouldn’t call premium. What I can say though is that it feels quite nice and grippy in the hand thanks to the matte finish on the sides, as well as the textured back.

While it may look plain at first, the realme C11 has two features design elements that make it unique compared to other realme phones. For one, it features a squarer camera module instead of a more standard one used in most other realme smartphones. Another is that it has a big realme logo on the lower left side which is highly visible in direct light. Large realme logo aside, the C11 is a more subtly-designed phone, which isn’t a bad thing in my opinion. 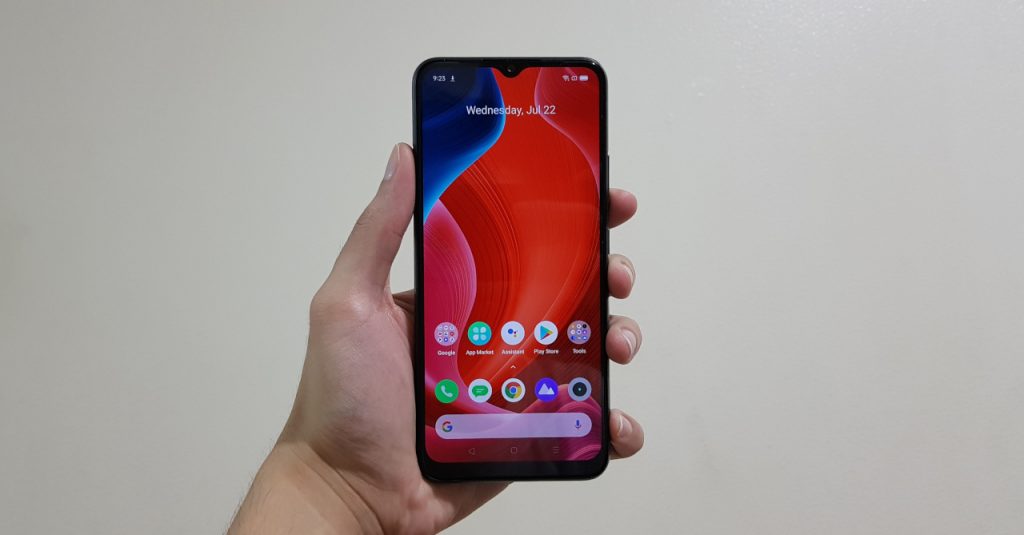 At the front, you can see the realme C11’s 6.5-inch display which has fairly thin bezels and a small waterdrop notch at the top. While it may not look unique given that this look has become quite standard now even in the budget segment, the C11 still has the edge in terms of size. While other budget phones pack smaller screens, the C11’s display is as big as most of today’s midrange phones. 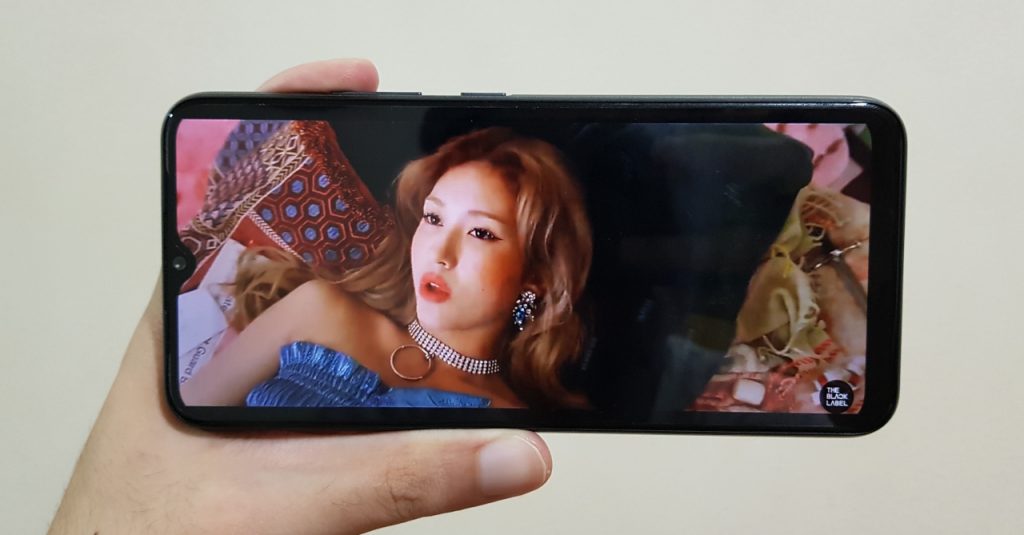 Speaking of the display, the realme C11’s 6.5-inch screen has an HD+ 720 x 1560 display that is decent enough for binge-watching, even if it’s not the sharpest smartphone screen out there. Movies/TV shows can look a bit blurry on the C11’s display, but the quality is acceptable given its budget price tag. If you prefer watching more anime though, the C11 is a good option for its SRP as anime series look a bit better on its screen (in my opinion at least).

As we always say, headphones or external speakers (via the 3.5mm headphone jack or Bluetooth) are recommended if you plan on binge-watching shows on the C11. If you don’t have any at hand if you want to watch, the phone’s internal speaker has decent enough quality, but it lacks a bit of volume.

As mentioned above, the realme C11 is powered by a Helio G35 processor, a new SoC by MediaTek that’s designed for gaming on lower end devices.. In fact, the C11 is one of the the first Helio G35-powered smartphone to be released in the Philippines. So how is it’s gaming performance? Pretty well actually; at least for a budget device. 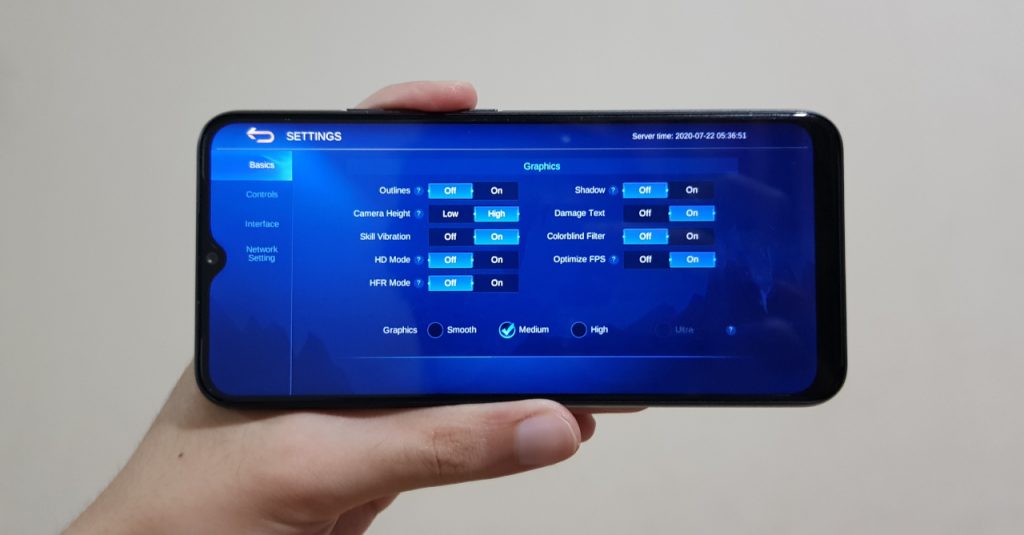 For popular titles that aren’t that hardware intensive such as Mobile Legends: Bang Bang, the realme C11 was able to run them without much trouble. Though the recommended graphics setting for Mobile Legends is Medium, so don’t expect to run your favorite titles at max settings on this phone. 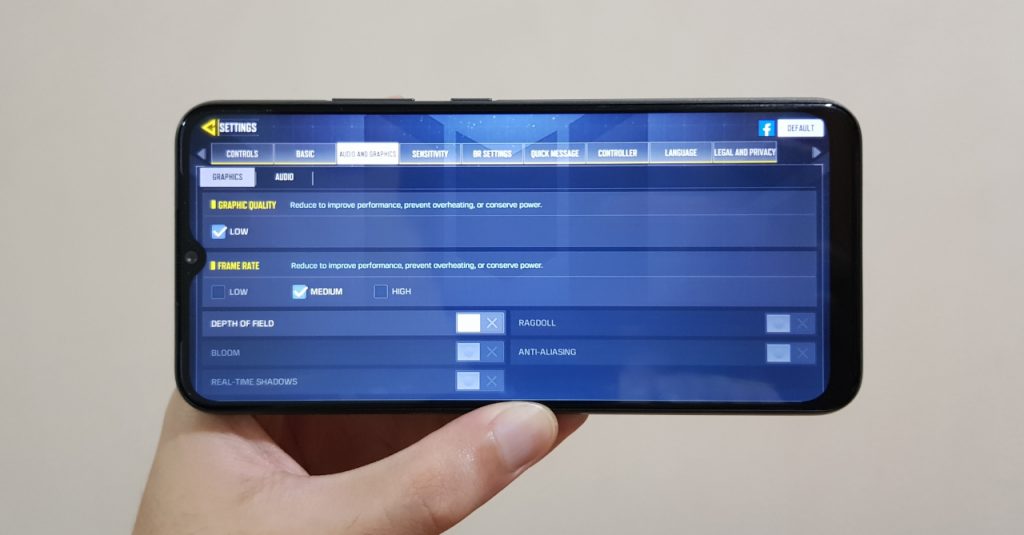 The Helio G35-powered realme C11 was also able to run more demanding titles such as Call of Duty Mobile and Asphalt 9. Though these games were only able to run at low graphics settings.

There is a catch though, the review unit we tested had 3GB of RAM. The realme C11 configuration that will release in the Philippines will only have 2GB of RAM. This means the more demanding games that we tested may struggle or may not even run on the retail C11 version.

Given that this is an sub-PHP 5k phone, the realme C11 only has a dual 13MP + 2MP depth sensor camera setup, as well as a 5MP selfie shooter at the front. The C11’s cameras do have AI capabilities, but are they enough?

In my test with the phone, I captured outdoor shots in overcast conditions, meaning there’s not as much light as I would’ve liked. Surprisingly though, the realme C11 captured pretty good photos (considering its price tag at least). Indoor photos are also of decent quality, though there is a bit of noise in these images.

At night though, the realme C11 doesn’t deliver that well. Even when using the dedicated Night Mode, low-light photos still look blurry and lacking in detail. On the flip-side, this result is still a bit better than some other budget phones I’ve tried for low-light photography.

The 2MP depth sensor works well enough to provide okay portrait shots. Finally, the 5MP selfie camera is not that bad, provided you have ample lighting of course. 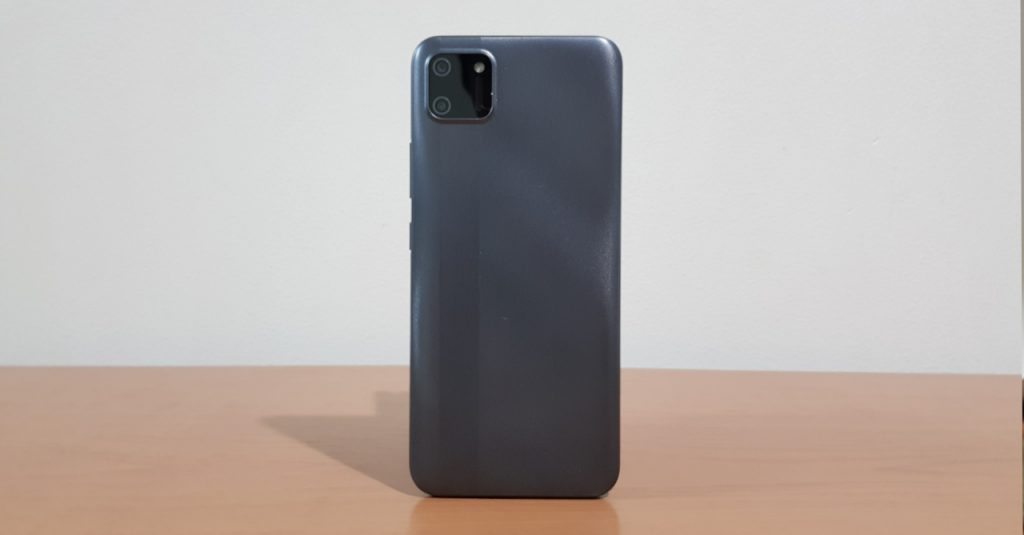 For general use, the realme C11 held up well in my test, be it using social media or productivity apps, scrolling through the app drawer, or switching between apps. In my time with the phone, I did not experience any slowdowns.

Much like in the gaming test, it’s tough to be definitively say that this phone is a great one for day-to-day use as the unit I was able to try out had 3GB of RAM. Though if you don’t open a lot of apps at the same time, 2GB of RAM might be enough to at least minimize slowdowns.

What I can say for sure though is that the realme C11 has a long battery life thanks to its 5,000mAh battery. In one charge, expect to be able to use the C11 for well over a day.

The C11 does lack a fingerprint scanner and a Type-C port though. Then again, this is a budget phone, so these omissions are very minor given its price tag. 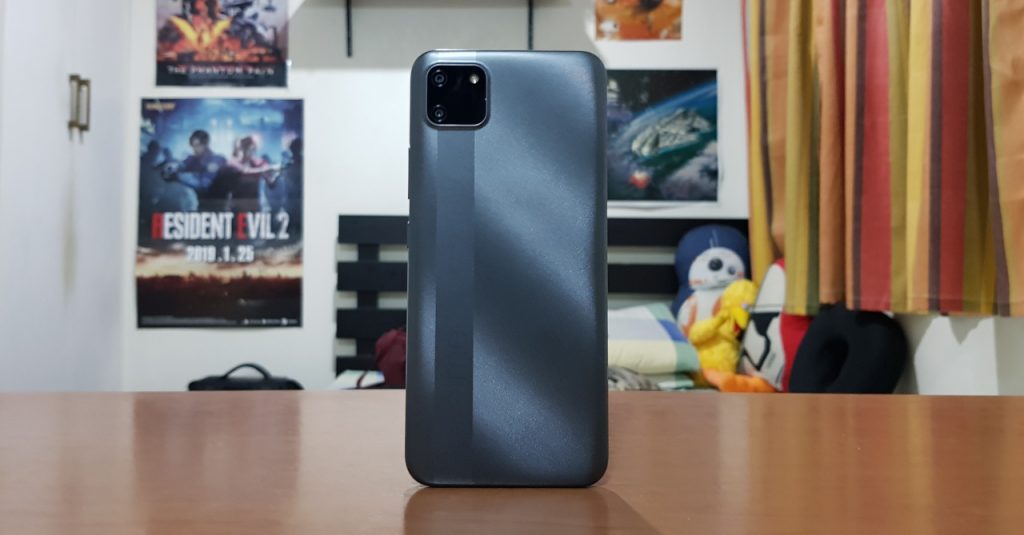 With an SRP of PHP 4,990, the realme C11 is a good option for users with very tight phone budgets. Even with some drawbacks, the realme C11’s accessible price tag makes it an option well worth considering, especially if you’re buying it as your kid’s first smartphone for example.

The realme C11 will be available in stores soon. The phone is also available now on Shopee with an extra 8% discount when you use the code GadgetZone8 upon checkout. Better hurry though, the deal is available only for today.