realme's first flagship in the Philippines is a winner! 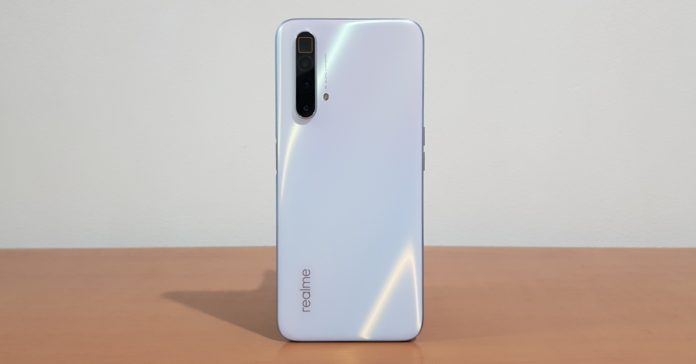 Prior to its launch, I was able to get my hands on the realme X3 SuperZoom, the first true flagship phone from realme in the Philippines. While previous realme phones such as the XT or the 6 Pro had features that can nearly match flagships, the X3 is a true high-end phone as it packs a flagship-grade processor, as well as a quad camera setup with a 5x telephoto shooter. 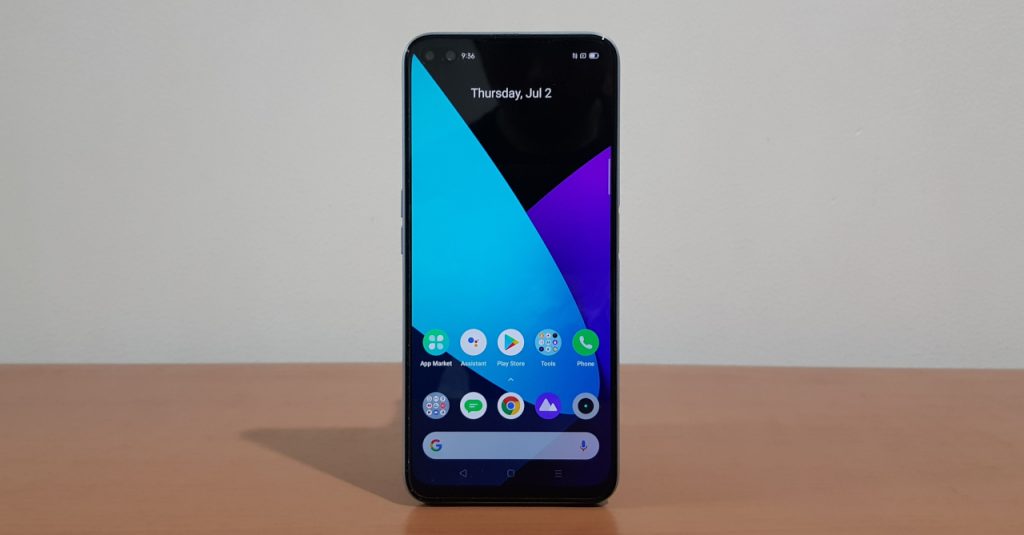 In my initial impressions of the phone, I though it was a great smartphone thanks to its combination of flagship features. Now though, I’ve had a lot more time to test out its cameras, performance, display, and more. How did it hold up? Find out here in our full realme X3 review! 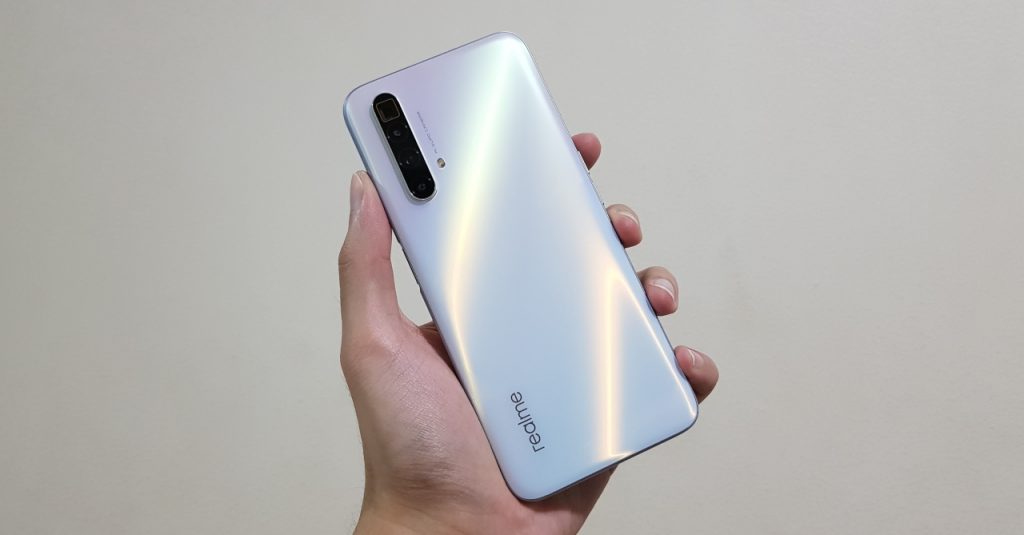 Most realme smartphones have eye-catching designs at the back, with vibrant colors and unique light effects. In my opinion, the realme X3 might just be the best I’ve seen from the brand yet. In the Arctic White colorway, the realme X3 looks stunning, especially when light bounces off the back, making for a smartphone that stands out design-wise.

While the looks of the X3’s back is great, it’s the finish that impressed me the most. Unlike other realme phones, the X3 has a matte finish, meaning it won’t be a fingerprint magnet; not to mention that the finish makes it easier to grip even without a case. 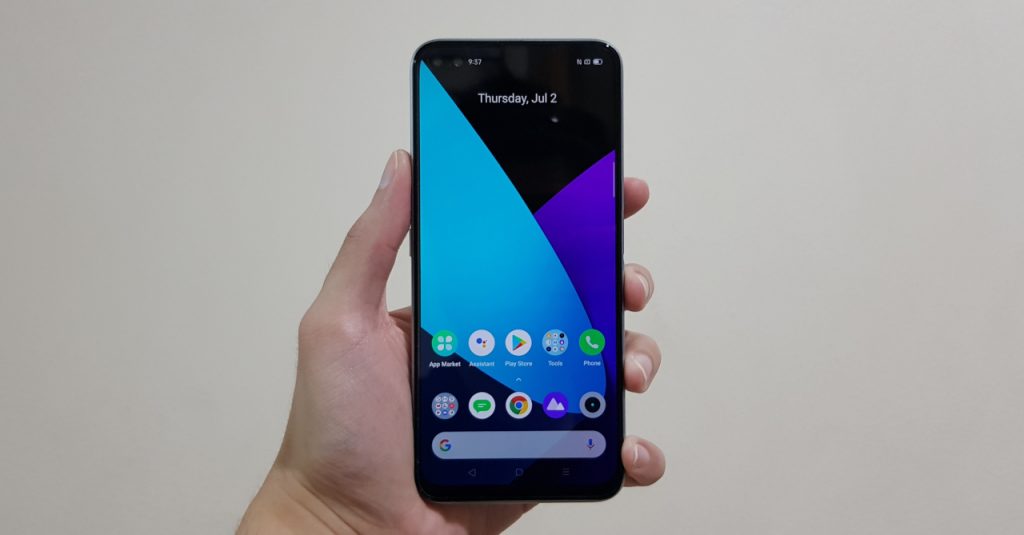 Moving to the front, we have the phone’s 6.6-inch display with minimal bezels and a holepunch notch for its dual selfie camera. With the right background (such as the default one which I used in the image above), the phone’s front looks pretty much all screen.

The X3’s display doesn’t just look good when static though, it’s even better in motion with its fast 120Hz refresh rate. Thanks to this fast refresh rate, the realme X3 feels buttery smooth in use. 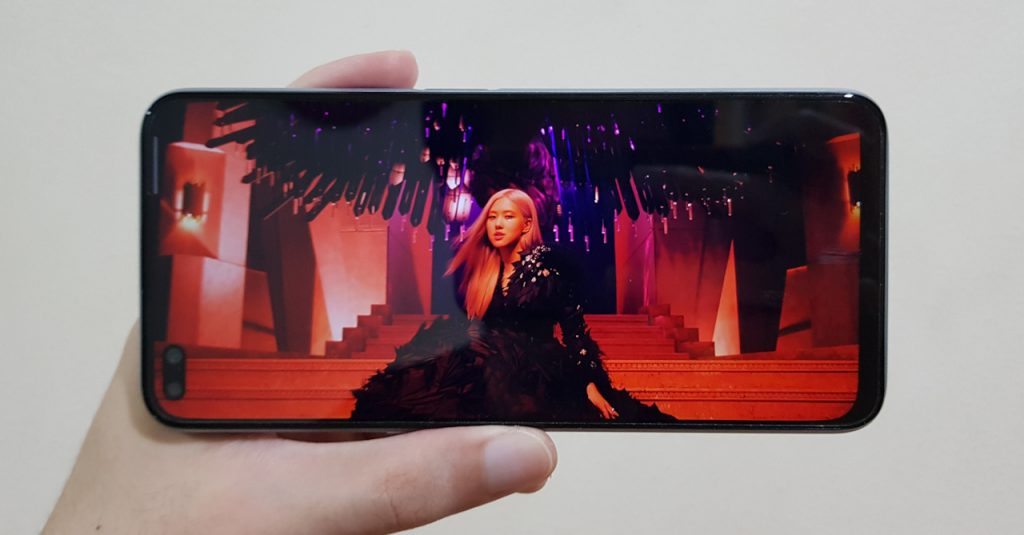 While the 120Hz refresh rate won’t exactly make an impact for binge-watching movies and shows (as most movies and shows are have up to 30FPS only), the X3’s 6.6-inch FHD+ display is still a great partner for movie/series marathons. Sure, it may not be an be an AMOLED screen, but the phone’s display can still output fairly vibrant colors which should be good enough for most users.

As for audio, the realme X3’s onboard speaker is of good quality, with audio being clear and not having much distortion even at near max volume. The only trade off is that it’s not the loudest smartphone speaker I’ve heard. If you need more volume, headphones/external speakers are recommended, which you can only connect via Bluetooth as the X3 lacks a 3.5mm headphone jack. 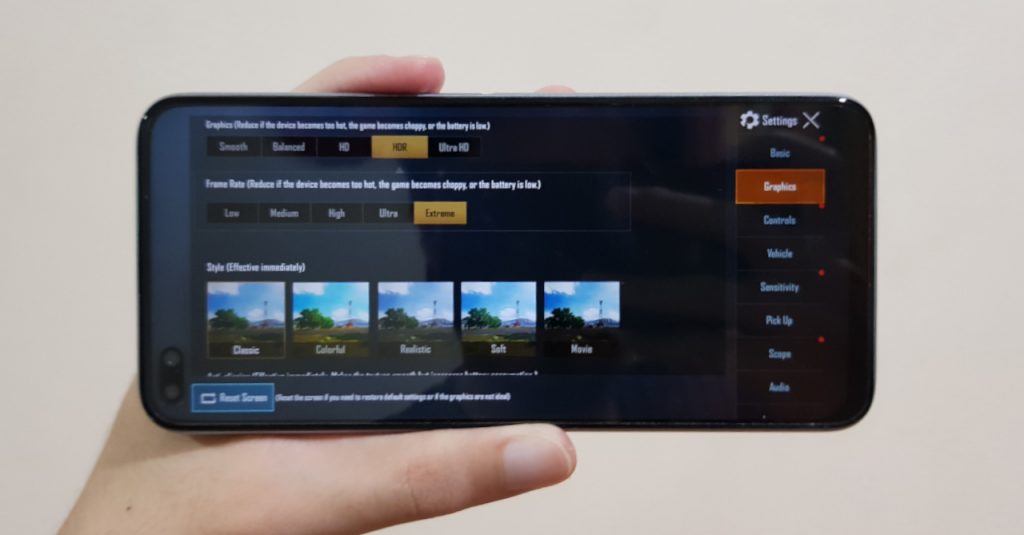 The realme X3 is powered by a Qualcomm Snapdragon 855+ processor, a flagship chipset that provides the phone with lots of power. How much power? Well, practically every game I tried on the phone ran at max settings without a hitch. Be it Call of Duty Mobile, PUBG Mobile, Asphalt 9, and more, the X3 all ran these popular titles without a hitch.

Gaming on the X3 is a great experience, though most popular games nowadays can’t take advantage of a 120Hz display yet. If more games do add support for high refresh rate phones in the future, the X3’s hardware should still have enough power to run them by that time.

In the camera department, the realme X3 packs a 64MP main +  8 MP ultra-wide + 8MP periscope telephoto (5x optical zoom) + 2MP macro quad-rear camera setup. On the front meanwhile is a dual 32MP + 8 MP ultra-wide selfie shooter setup. On paper, these are very much flagship cameras, but how do they perform? Pretty well I should say!

As expected, shots taken outdoors during daytime turn out well thanks to the realme X3’s 64MP main shooter. Images in these conditions are detailed and have good colors which are fairly accurate to real life. If you want more vibrant colors, you can use the camera’s AI Dazzle Color feature.

At night, the X3 also takes some good photos, especially with Night Mode. Though when compared to other flagship level phones, night shots are just a bit fuzzier and dimmer with the X3.

If you have a tripod though, the realme X3 takes amazing low-light shots thanks to Tripod Mode. With this mode, you’ll need a tripod as the phone will need around 40 seconds or so to capture a shot. But the wait time is worth it as images in this mode are bright and detailed, even in very low light conditions.

Aside from Night Mode, the X3 also features the Starry Night mode which in theory should be able to capture great shots of the starry night sky as it takes multiple long exposure shots for a total of around 5 minutes. When I tried it out though, the results weren’t that great, but that may be because it was cloudy that day and I didn’t have a proper tripod (I only used a gorillapod).

Now we move on to the 5x telephoto camera, the reason why the X3 is called the SuperZoom. For outdoor shots, the X3’s telephoto camera works wonders, capturing 5x zoom shots with no noticeable loss in detail. Zooming up to 10x also works well as shots are still sharp and detailed. If you’re so inclined, you can even zoom up to 60x; shots are blurry and not exactly ready for social media sharing, but the level of detail is still pretty impressive (especially for its price).

At night, the 5x telephoto zoom captures decent low-light shots, but Night Mode or Tripod Night Mode is recommended for the best photos.

Similar to recent releases from realme, the X3 has a 2MP macro camera. This macro shooter captures images that are around the same quality as macro shots from other realme phones, meaning they’re good enough as long as you have plenty of light.

Finally, the realme X3 works great for selfies. Of course, the 32MP main front shooter takes much better selfies than the ultra-wide, but having a wider option for selfies is definitely a bonus. Personally, I prefer having an ultra-wide selfie camera compared to a front-facing depth sensor as it just gives the user more options. 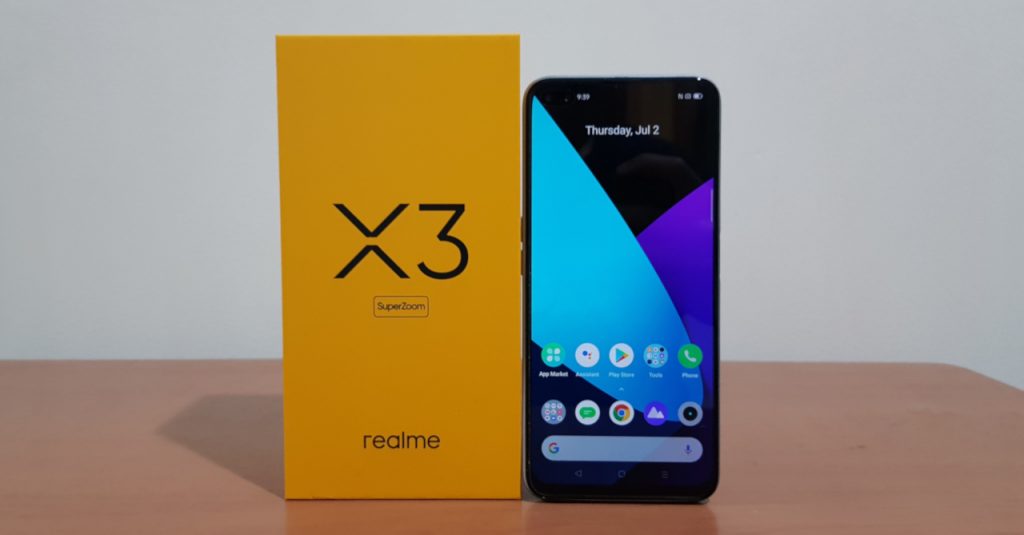 Given that the realme X3 was powerful enough to handle every game I threw at it, it comes as no surprise that it’s also a fast and snappy phone for general use. For multitasking and/or switching between apps, the realme X3 was responsive. The smoothness of the 120Hz display also helped make the phone feel quick to load or switch between apps.

As for battery life, the phone’s 4200mAh battery may not seem as large these days, it still provided the phone with enough juice to last for a full day of use with a bit of charge to spare. Though if you do need to charge, the X3 SuperZoom has a 30W fast charger inside, meaning you can top up for just a couple of minutes and get hours of battery life.

The only thing I would’ve wanted from the X3 is a headphone jack as the phone does not have one. Sure, most flagships today have gone away with headphone jacks, but I think it’s still a useful feature, especially if you’re a content creator who shoots videos with a phone.

Thanks to a combination of a powerful Snapdragon 855+ processor, a 120Hz display, and a quad rear camera setup with a 5x telephoto zoom shooter, the X3 SuperZoom is another great smartphone from realme.

While its low-light camera performance and lack of an AMOLED panel may not put it on par with the top-of-the-line flagships these days, I would say that the realme X3 is a much better deal. While most flagships are in the PHP 40-50k territory, the X3 SuperZoom is priced at only PHP 24,990. At this price, there’s no doubt that the X3 SuperZoom is an incredible deal for a phone that packs plenty of high-end features.

The realme X3 SuperZoom is available for pre-order from July 9-17, 2020 at realme concept stores, kiosks, and partner retailers nationwide. The X3 SuperZoom is also available as a special offer on Lazada where early buyers of the phone will get a free realme Buds Air (worth PHP 3990).  This Lazada deal is only available today though (July 9).

At its price point of PHP 24,990, the realme X3 SuperZoom is no doubt an incredible deal thanks to a powerful processor, fast 120Hz display, and capable camera setup with a 5x telephoto zoom--a feature that you'd be hard-pressed to find in a phone with this price tag. realme X3 SuperZoom Review | Geek Lifestyle