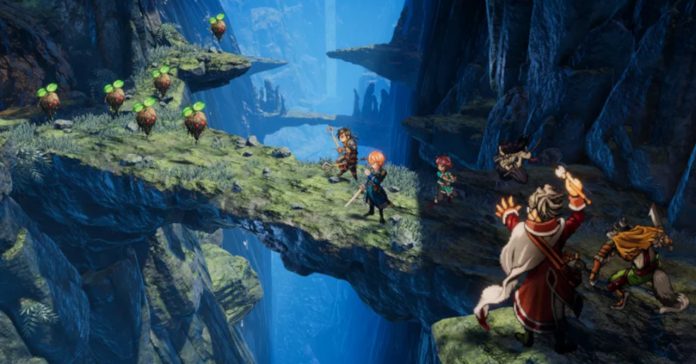 The Suikoden series is easily one of the most popular JRPGs from the PS1 era, sadly though, the series is pretty much over as the last main Suikoden entry was released all the way back in 2006. But now, there’s some good news for fans of the franchise as several Suikoden creators have teamed up for a new project that’s going live on Kickstarter on July 27.

Eiyuden Chronicle is billed as a JRPG that harkens back to the heyday of the genre, featuring classic turn-based combat, as well as world exploration. The game’s story is described by the developers as (via The Verge):

“Our story begins in one corner of Allraan, a tapestry of nations with diverse cultures and values. By dint of sword, and by way of magical objects known as ”rune-lenses,” the land’s history has been shaped by the alliances and aggressions of the humans, beastmen, elves, and desert people who live there. The Galdean Empire has edged out other nations and discovered a technology that amplifies the rune-lenses’ magic. Now, the Empire is scouring the continent for an artifact that will expand their power even further. It is on one such expedition that Seign Kesling, a young and gifted imperial officer, and Nowa, a boy from a remote village, meet each other and become friends. However, a twist of fate will soon drag them into the fires of war, and force them both to reexamine everything they believe to be right and true.”

So far, Eiyuden Chronicle is very early into development, but the initial screenshots of the game look quite promising. In fact, the shots look reminiscent of Octopath Traveler, another JRPG with a decidedly old-school style.

Even with the game being in development, the only way we’ll see a release of Eiyuden Chronicle is if its Kickstarter campaign reaches its funding goal. If its campaign proves to be successful, expect Eiyuden Chronicle to release on PC sometime in 2020, with possible console release sometime after as well.