The ROG Phone 3 is launching in the Philippines this August 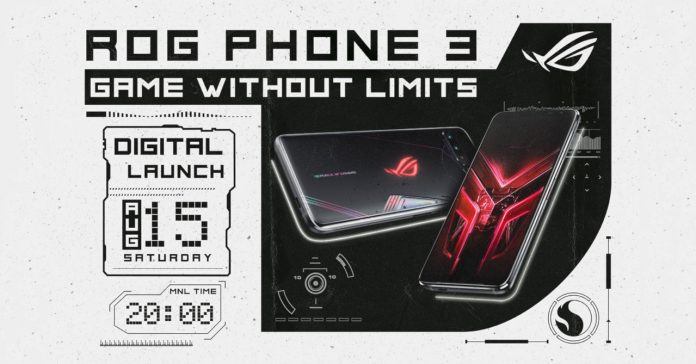 Last Wedensday, ASUS officially unveiled the ROG Phone 3, the newest version of ASUS’ premier gaming smartphone. As the latest iteration of the ROG Phone, this device packs more powerful hardware, as well as an even bigger battery, all while retaining the signature ROG look.

Now, ASUS has announced that the ROG Phone 3 will officially launch in the Philippines on August 15 via a digital launch happening at 8pm. The launch event will reveal the official pricing for the ROG Phone 3, as well as promos and its full specs. 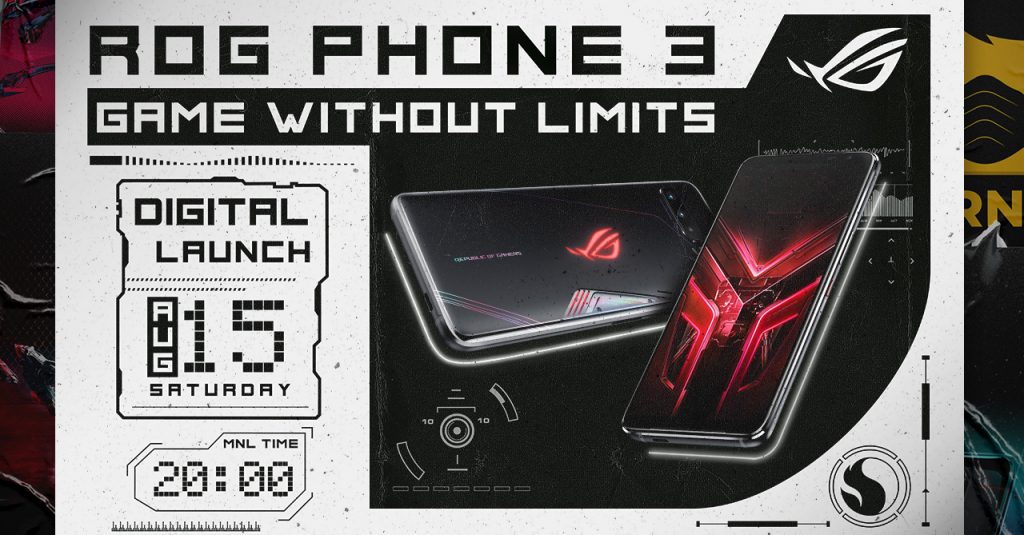 In case you missed the phone’s global announcement, the ROG Phone 3 packs the latest Qualcomm Snapdragon 865+ processor that not only has more than enough power for practically every mobile game, but also comes with 5G connectivity.

The processor isn’t the only highlight feature or the ROG Phone 3 though, the phone also packs a 144 Hz / 1 ms AMOLED 6.59-inch display–even faster than the ROG Phone II’s 120Hz screen. Other stand-out features of the ROG Phone 3 include the upgraded GameCool 3 cooling system, AirTrigger 3 for enhanced touch control, and a massive 6,000mAh battery. To top it all off, the new ROG Phone 3 also has two USB type-C ports, as well as a bundled AeroActive Cooler attachment.

The ROG Phone 3 will launch in the Philippines on August 15, 2020 at 8:00PM. Stay tuned to the ASUS ROG Philippines social media pages for the latest updates on the launch event.