The samurai films that inspired Ghost of Tsushima, according to Sucker Punch 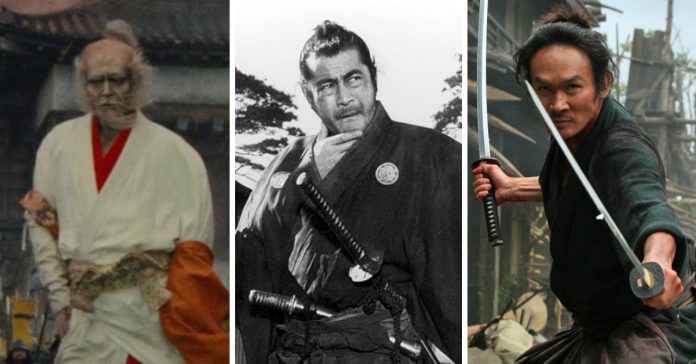 In creating Ghost of Tsushima, the developers drew upon various classic samurai films. These movies inspired the game’s visuals, story, and overall style. If you’re interested in watching classic samurai films prior to or while playing Ghost of Tsushima, it can be a bit difficult to narrow down which films to start with. After all, there are dozens upon dozens of samurai classics to choose from. 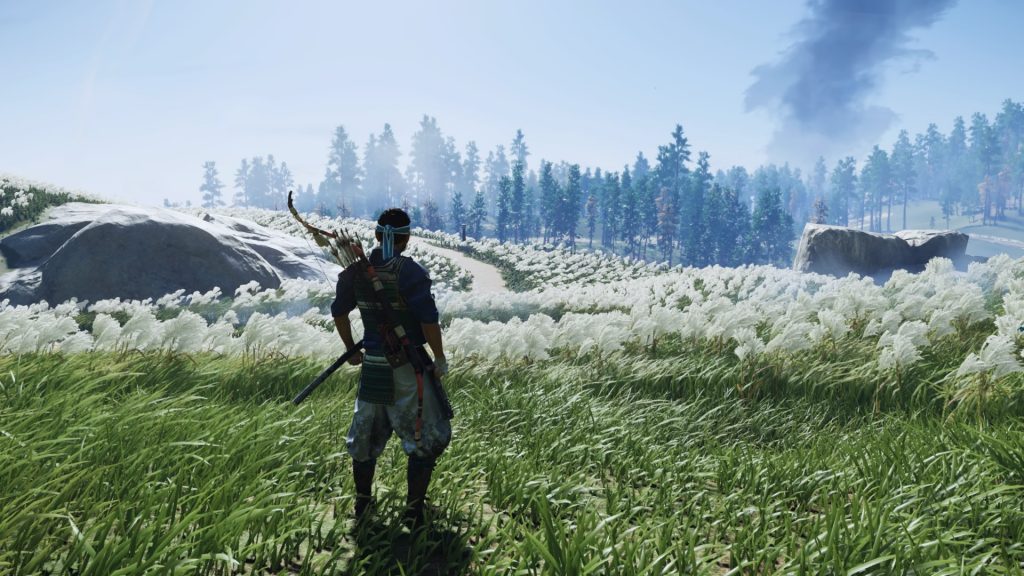 To help narrow down the specific films that you should watch, we asked the game’s Art/Creative Director Jason Connell and Environment Art lead Joanna Wang which specific samurai films inspired them in creating Ghost of Tsushima. Here are the films that they mentioned: 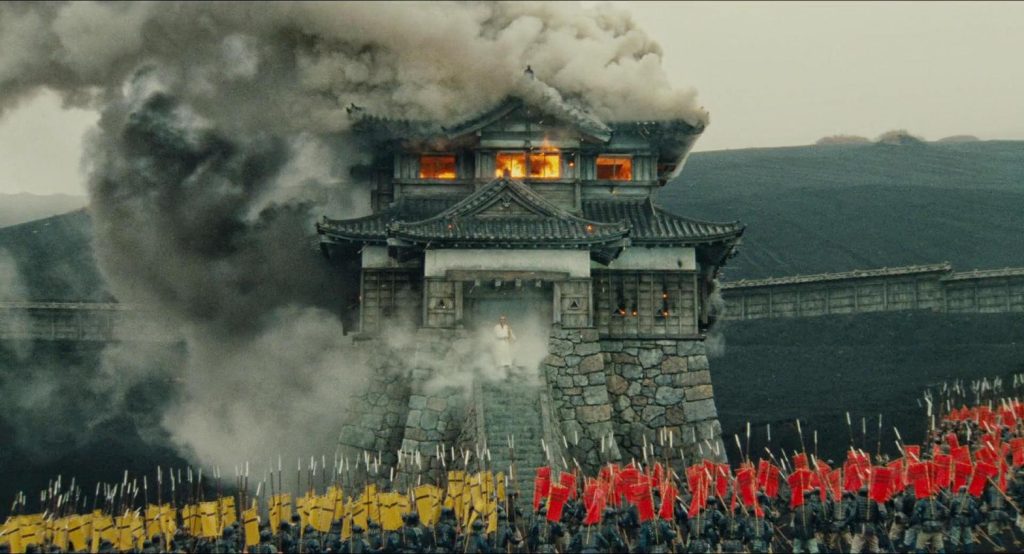 Based on Shakespeare’s King Lear, Ran is one of the last movies from legendary director Akira Kurosawa. Given the film’s striking use of color, it’s no surprise that Ran was a major inspiration for Ghost of Tsushima.

“Color-wise, I think Ran has really bold colors. It has lots and lots of bright reds and yellows. Also, there are so many good cinematography shots inside of Ran, like some of the shots with the castle centered in the screen and it’s on fire. That movie is touted as such a great cinematic masterpiece in some ways, and it’s very different compared to some of the other films that Kurosawa has made,” said Connell.

Another Kurosawa film that the Connell drew upon is Yojimbo; specifically, in how Yojimbo portrayed its iconic main protagonist.

“I would say also, personally I’m a big fan of Yojimbo,” said Connell. “It’s not a direct story inspiration, but I do like Yojimbo a lot. Yojimbo is this story of this ronin who goes into this town and pits two gangs against each other, and he’s just very clever. The guy constantly feels like a total badass, nobody is going to take him down. There are also many iconic shots in that film which were inspiring to me in terms of how to portray somebody who has a lot of confidence, a samurai in particular. So that movie did a lot for me [in that regard].”

For Wang, The Last Samurai is one of her main inspirations. While it’s not an old classic from Kurosawa, the film contained serene imagery that helped her and the team give the game a distinct Japanese vibe.

“I think one movie that’s not as old is The Last Samurai. I remember that there is a poster or still from the movie where two people were holding their swords, kind of practicing, and far away, there’s a tiny cherry blossom tree, a grass hill, and a mountain with a valley where you can see a small rice paddy. It’s just very peaceful. And there are lots of shots or scenes in the movie that we also looked at as references. I know it’s a more modern film, but they captured the simplicity and the vibe of Japan to us. So personally I liked it a lot,” said Wang.

Aside from these three films mentioned by Jason Connell and Joanna Wang in our quick interview, here are some other films that served as inspirations for Sucker Punch Productions:

In a PlayStation Blog post, Sucker Punch co-founder Chris Zimmerman mentioned Takashi Miike’s 13 Assassins as a film that the team drew upon in creating the game’s combat. Specifically, the development team wanted the game’s combat to feel as intense as 13 Assassin’s memorable fight sequences. Sucker Punch managed to do this by having enemies swarm players to keep them on their toes. 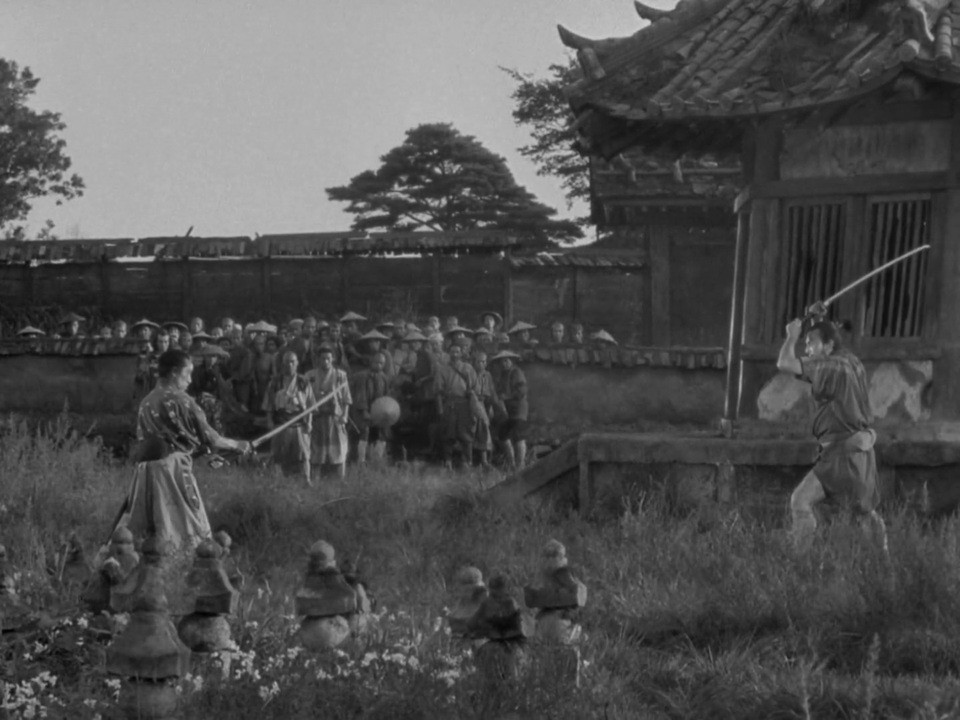 Seven Samurai is arguably the best work of Akira Kurosawa and is even considered as one of the best films ever by critics. Even though the film was released way back in 1954, it remains incredibly beautiful, entertaining, and moving, even with its 3 and ½ hour runtime. It’s no surprise then that Sucker Punch drew from Seven Samurai in creating Ghost of Tsushima.

In an interview with Entertainment Weekly, Creative Director Nate Fox said that Seven Samurai defined his concept of what a samurai is, and that “the samurai in that film have a dignity and a heart that [they] really strived to capture.”

While Seven Samurai is a swash-buckling adventure, it also presents and explores deeply what it means to be a samurai. Given that Ghost of Tsushima also tackles a similar theme, there might not be a better film to draw from in this regard.

As Yojimbo was referenced in the game’s development, it follows that the film’s standalone sequel Sanjuro was also a major touchstone. In the aforementioned Entertainment Weekly interview, Fox said that Sanjuro’s iconic standoff served as a very direct inspiration to the game’s combat.

Specifically, standoffs are a mechanic in Ghost of Tsushima that allow players to challenge enemies prior to engaging in combat. These standoffs are similar to western standoffs, but with swords instead of guns. Having seen Sanjuro, I can definitely say that the standoff mechanic is directly inspired by the film.

Ghost of Tsushima releases on July 17, 2020 exclusively for the PS4.

- Advertisement -
Previous articleIs Ghost of Tsushima worth playing in Kurosawa mode? Here’s what the devs have to say
Next articleGet to win a Samsung Galaxy S20+ BTS Edition and more at Smart’s K-Quiz Night on July 18