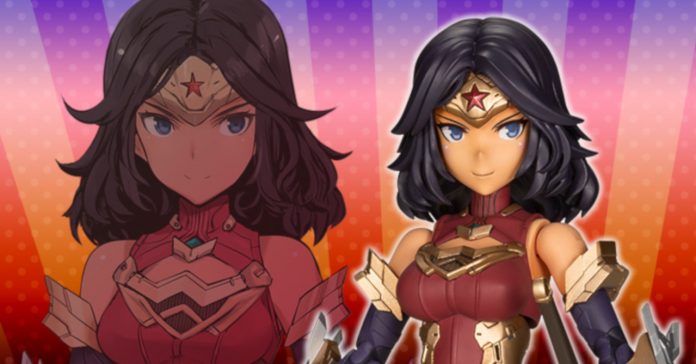 As one of DC’s big three, Wonder Woman is one of the world’s most popular superheroes. Given her popularity, it shouldn’t be difficult to look for Wonder Woman figures, whether you’re looking for one that’s based on a specific comic, or if you want a Wonder Woman fig inspired by the recent live-action film. While there are already a lot to choose from, this upcoming Wonder Woman figure might just be the most unique yet!

Designed by Humikane Shimada, this Wonder Woman Cross-Frame Girl is an upcoming figure by Kotobukiya, and it’s an anime-inspired take on the iconic superhero.

While this version of Wonder Woman may have a more cutesy look to her (especially her face), fans of Princess Diana will definitely not be disappointed as she still looks fierce and strong. Plus, the figure also comes with Wonder Woman’s iconic weapons, including her sword, shield, indestructible bracers, and of course, Lasso of Truth.

In case you’re unfamiliar with this figure’s designer, Humikane Shimada is a Japanese artist who served as the character designer of Strike Witches and Girls und Panzer. Shimada also designed figures in the Mecha Musume and Frame Arms Girl lines. 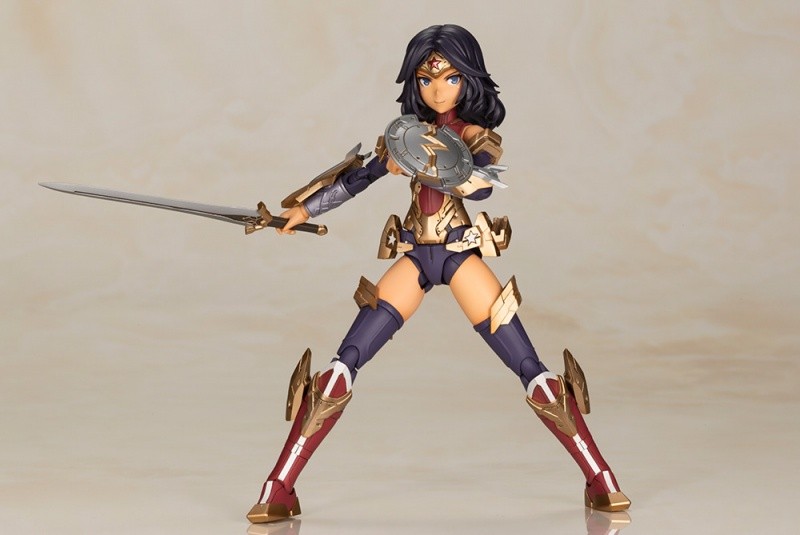 Want to get your own Wonder Woman Humikane Shimada figure? This anime Wonder Woman fig is available for pre-order now in Kotobukiya retailers, and it releases on January 2021.

In the Philippines, this figure is up for pre-order at retailers such as Hubbyte Toy Store. At Hubbyte, the figure has a pre-order price of PHP 2,700.