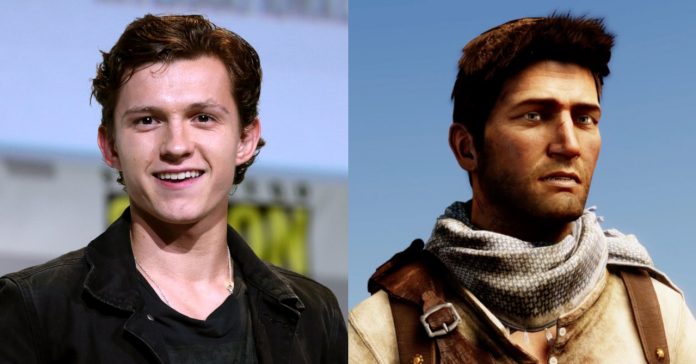 The Uncharted series is one of Sony’s biggest first-party franchises, and the games in the series are praised for their incredible set pieces. The Uncharted games are even described as playable blockbuster movies. So it’s no surprise then that Uncharted was being developed into an actual blockbuster film for the longest time, though now, we finally have word that the filming has officially started.

In an Instagram post, Tom Holland posted confirmed that the Uncharted movie has started now filming, with the words “Day one #Uncharted” on the caption. In case you haven’t seen the news, Tom Holland will play Nathan Drake in the upcoming Uncharted film.

Joining Holland is Mark Wahlberg who is set to play Victor Sullivan, Nate’s treasure hunting mentor. Other members of the cast include Antonio Banderas (who we presume is the film’s villain), as well as Sophia Taylor Ali and Tati Gabrielle.

While Tom Holland may seem a too young to play Nathan Drake, it does make sense as the film is a prequel to the Uncharted games. This should mean that the film will give us a more in depth look at Nate and Sully’s earlier adventures (reminiscent of some parts in Uncharted 3).

Video game movies may not have the best track record in terms of critical reception, but we’re hoping that Uncharted bucks this trend. After all, it is directed by Ruben Fleischer, the director of the Zombieland movies and the 2018 Venom flick. Plus, the Uncharted movie is written by Art Marcum and Matt Holloway, two writers who worked on the 2008 Iron Man film (though they did also write Transformers: The Last Knight).

The Uncharted movie is scheduled to release on July 16, 2021.

- Advertisement -
Previous articleDo you wear glasses? This ramen face mask is perfect for you!
Next articleTeam Tempest are your Valorant SEA Invitational champions