A limited-time closed technical test on PC is happening now until July 7. 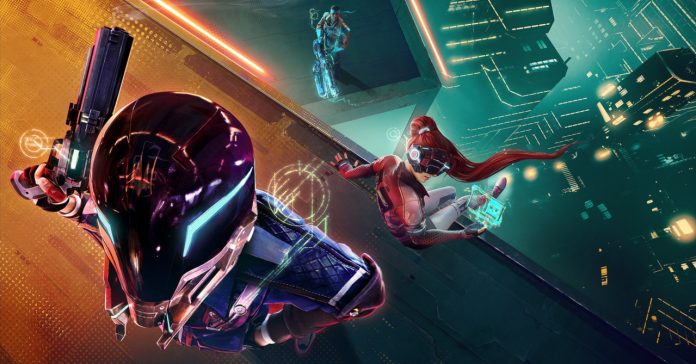 Battle royales are easily one of the most popular mutliplayer games today, just look at games such as Fortnite, Apex Legends, CoD: Warzone, and many more. Now, another battle royale is entering the fray, and it’s from Ubisoft,

Hyper Scape is the name of Ubisoft’s new battle royale, and it takes place in a futuristic setting called Neo-Arcadia. In this game, up to 100 players battle it out to be the last players or squad standing.

Check out a quick overview of the game here:

Another new addition in Hyper Scape is Decay, this dissolves the map of Neo-Arcadia into different patterns, making for trippy visuals and adding depth to traversal. There’s also the Echo mechanic which keeps players active in battle even after they’ve been taken down. Finally, once only a few players remain, the Hyper Scape crown spawns. Players can win either by being the last man/squad standing, or by carrying the crown for 45 seconds.

“We’ve built something really unique and fresh by streamlining the experience to focus on fun and intensity. We’re really excited to let players have a try at it right away and we can’t wait to hear what they think of it,” said Graeme Jennings, Senior Producer on Hyper Scape at Ubisoft Montreal. “But this is just the start. Hyper Scape is a universe that is built to grow, and our players will see the beginnings of that even during our technical test.”

Hyper Scape is currently available in a limited-time closed technical test on PC now until July 7. The test features the three-player squad Crown Rush mode as well as the limited-time Dark Haze solo mode. Players who participate in the technical test will have their progress carried over to future live phases and into the game’s launch.

For more information on how to play Hyper Scape, visit: https://hyperscape.com/TechTestFAQ.