These ASUS ROG pre-built desktops are out now in the Philippines! 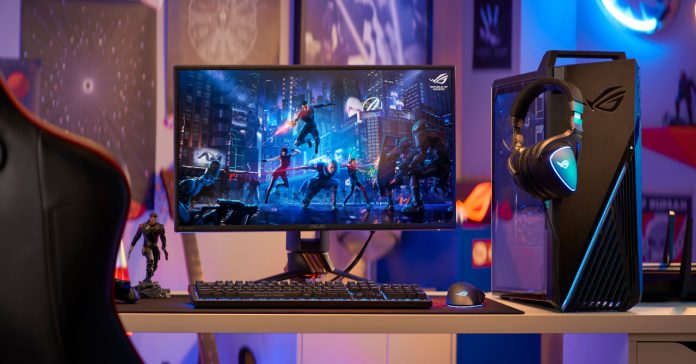 Part of the fun for PC gaming enthusiasts is building a custom rig. Not only does building your own gaming PC let you select specific components that fit your needs (and budget), building a rig also gives an immense sense of satisfaction. Though not everyone has the time to build his/her own gaming PC. If you’re one of those gamers, ASUS’ latest gaming line is just for you!

ASUS ROG Philippines recently announced the release of its new line of pre-built ROG Strix gaming desktops that are all powered by AMD Ryzen processors. This new lineup consists of two main models–the Strix G35DX and the Strix G15DH. 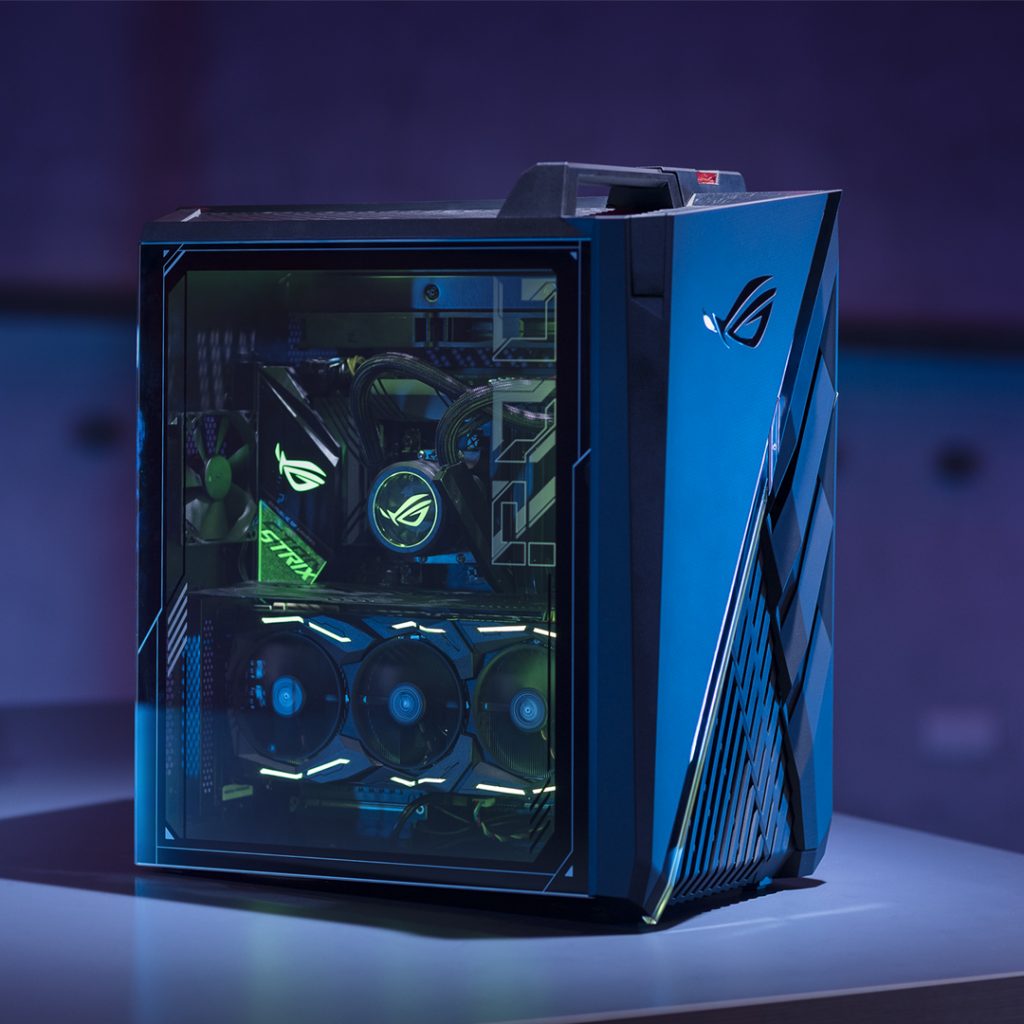 First up is the Strix G35DX. This pre-built ROG desktop packs up to a Ryzen 9 3950X CPU as well as up to an ROG Strix GeForce RTX 2080 Ti graphics card. Thanks to this combo, the Strix G35DX should be able to handle pretty much any game you throw at it. The desktop should also be able to handle video encoding and 3D rendering thanks to its 16 core and 32 thread CPU.

The Strix G35DX’s other features include two hot-swap drive bays which let users add/remove SSD’s without special tools, as well as AIO liquid CPU cooling that allows for overclocking without heating up the system. To top it all off, the Strix G35DX supports the latest PCI Express 4.0 standard and allows for multi-GPU configurations. 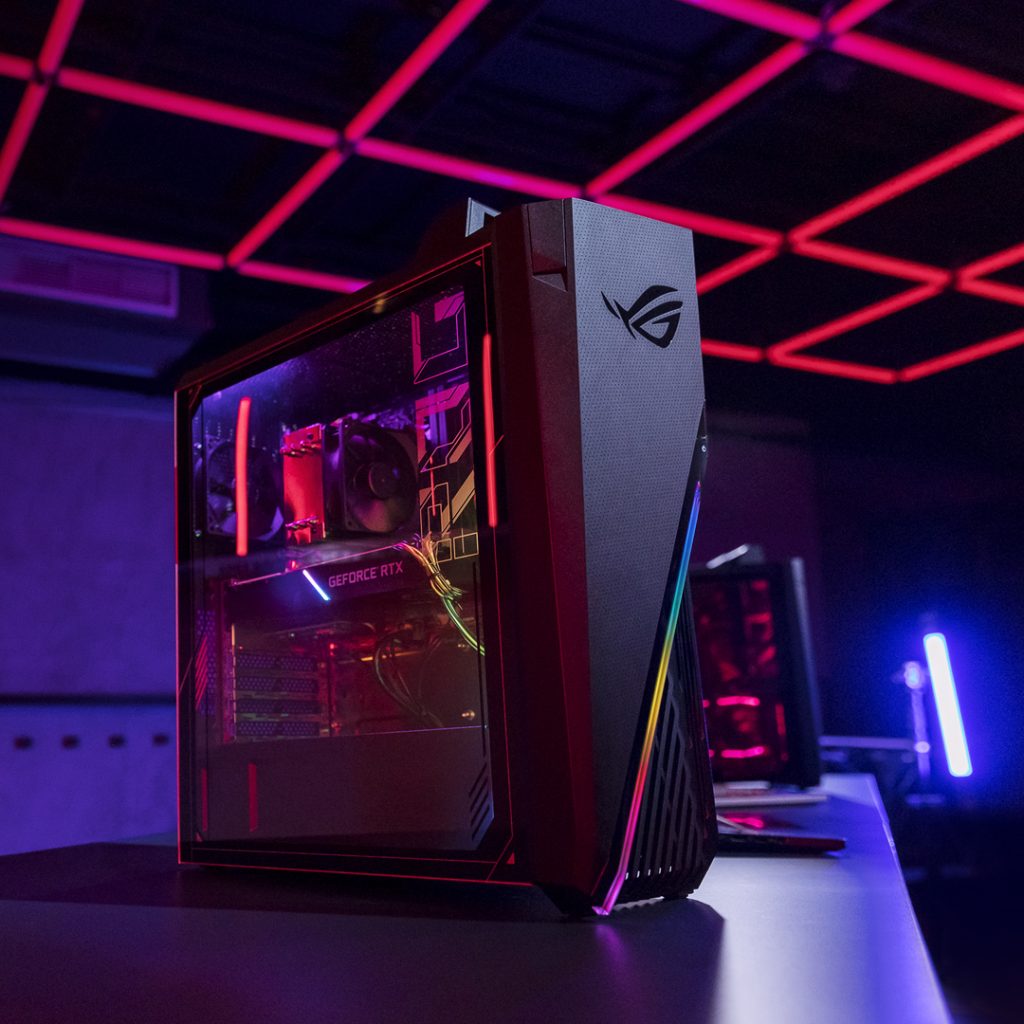 The second laptop in the ROG pre-built lineup is the Strix G15DH which packs up to an AMD Ryzen 7 3800X CPU that has 8 cores and 16 threads, as well as an NVIDIA GeForce RTX 2070 SUPER graphics card.

For cooling, the Strix G15DH packs a compact version of the airflow-enhancing Wind Shear design featured in the high-end ROG Strix G35DX. The G15DH also features a dual-chamber design and widened vents for extra cooling while keeping noise levels low. 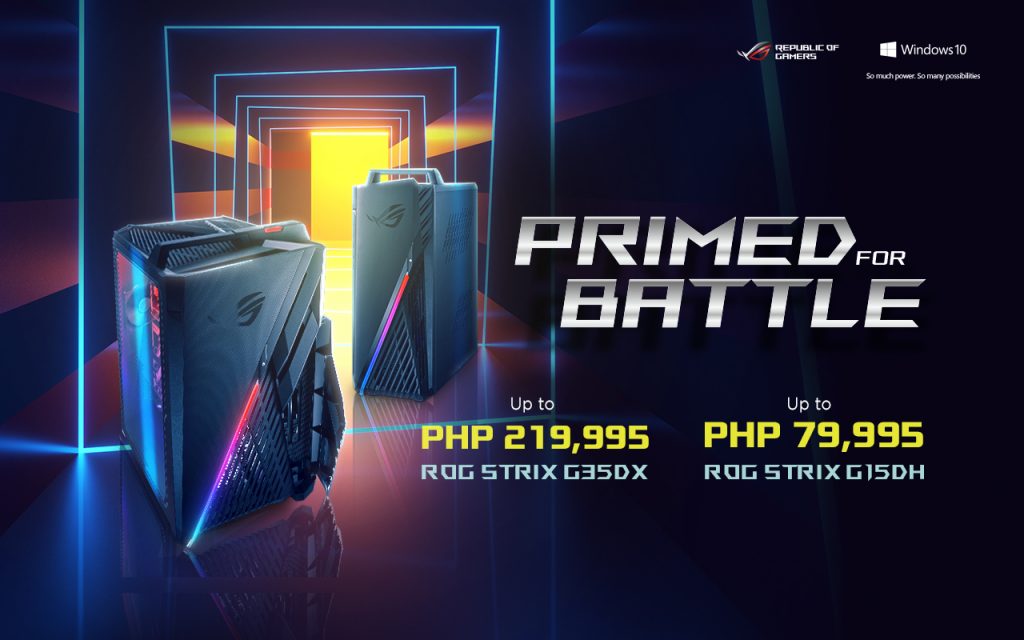 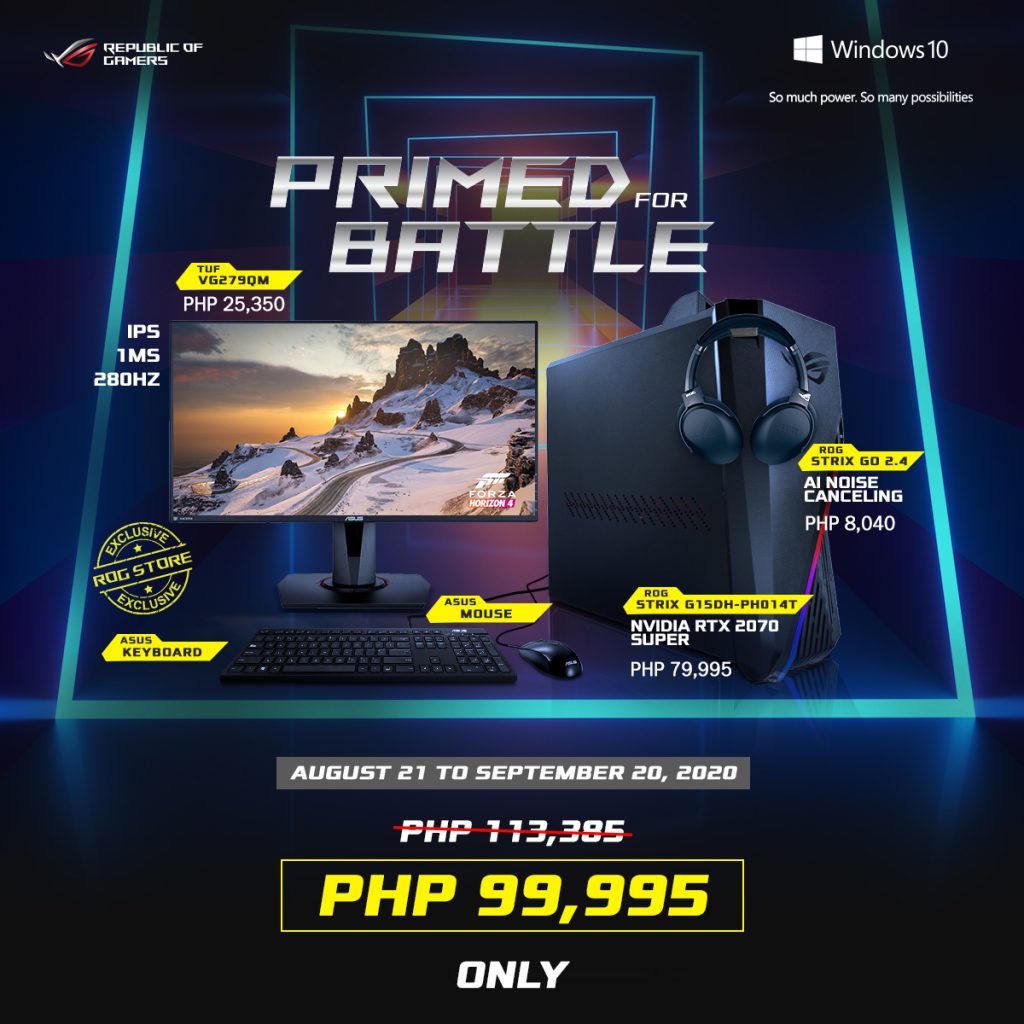