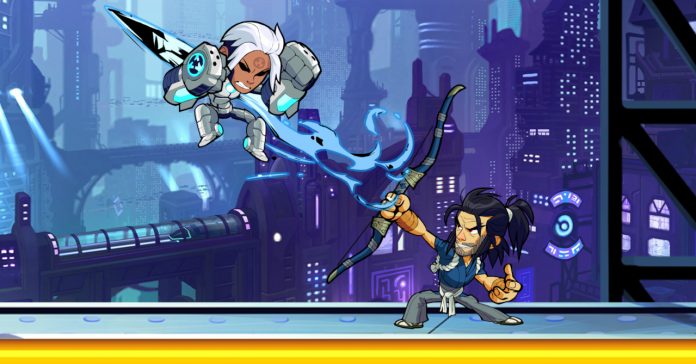 Looking for a new game to play on your smartphone? Then you better check this out! Ubisoft has finally released its platform fighting game Brawlhalla on iOS and Android. As with its console and PC versions, Brawlhalla is free to play on mobile devices.

To celebrate the game’s launch, players who log-in during the first two weeks of the launch on all platforms will get a free skin!

While most mobile ports of established titles may be lacking in features, Brawlhalla promises to provide just as good of an experience as its console and PC counterpart. In fact, the mobile version of Brawlhalla features cross-play support for more than 40 million players on the Nintendo Switch, PlayStation 4, Xbox One, and Windows PC.

Aside from cross-play, Brawlhalla’s mobile port also lets players fully customize their touch screen control schemes, as well as use controllers. Mobile players can enjoy over 10 game modes for up to 8 players. As for playable characters (aka Legends), players on mobile can choose from 50 unique Legends, including Epic Crossovers with popular IPs such as Finn and Jake from Cartoon Network’s Adventure Time and aliens such as Diamondhead, Four Arms and Heatblast from Cartoon Network’s Ben 10.

Brawlhalla is available now on the App Store and on the Google Play Store. For more information on the game, visit www.brawlhalla.com.