Fall Guys: Ultimate Knockout is an instant hit, selling over 2 million copies on Steam in a week 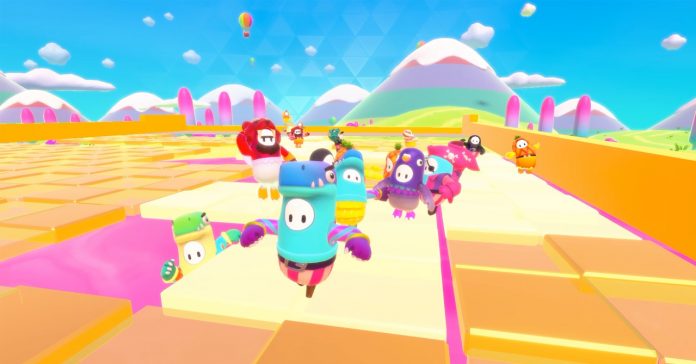 Released just a bit over a week ago, Devolver Digital and Mediatonic’s Fall Guys: Ultimate Knockout is a certified hit! In just one week, Fall Guys has sold over 2 million copies on Steam!

Aside from the game’s impressive sales record, Devolver Digital also released a couple of other interesting stats for Fall Guys. During its first week, the game has seen 1.5 million crowns grabbed, 60 million “fall guys”, and 23 million hours watched on Twitch.

The incredible team @Mediatonic and the super chill @FallGuysGame community have put up some wild numbers in just one week!

Big thanks to all for all the great jellybean vibes. pic.twitter.com/6nW9vp6qeS

Aside from PC, Fall Guys was also released on the PS4, but no sales figures were released. This is due likely to the fact that Fall Guys is free for PlayStation Plus subscribers for the month of August. Given that Fall Guys is a multiplayer game, players need a PS Plus subscription anyway to play the game, making it practically “free” in a way.

In case you’re unfamiliar, Fall Guys: Ultimate Knockout is basically Takeshi’s Castle/Wipeout meets Battle Royale. How Fall Guys works is that in every match, 60 players will face off in a series of mini-games. Each mini-game features various obstacles or puzzles (that are straight out of Takeshi’s Castle) that players must go through in order to proceed. After five mini-game rounds, the last player standing wins!

Fall Guys Ultimate Knockout is available now on PC via Steam and on the PlayStation 4. As mentioned above, Fall Guys is free for PlayStation Plus subscribers for the whole of August 2020.