Gotham Knights revealed at DC FanDome, and Batman is dead

Batman is dead, and his proteges are here to take up the mantle. 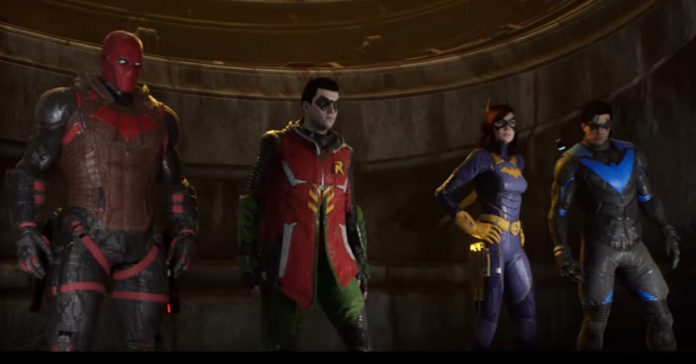 Warner Bros. Game Studios has just unveiled the newest Batman game–Gotham Knights! As the title implies, instead of featuring the caped crusader himself, the game will feature Batman’s proteges as the playable characters.

Why are the Gotham Knights taking on the Batman mantle? That’s because Batman is dead.

Gotham Knights is officially described as:

“Batman is dead. It is now up to the Batman Family – Batgirl, Nightwing, Red Hood and Robin – to protect Gotham City, bring hope to its citizens, discipline to its cops, and fear to its criminals. You must evolve into the new Dark Knight and save Gotham from chaos.

Your legacy begins now. Step into the Knight”

Aside from the reveal trailer, Warner also gave us our first look at Gotham Knights gameplay. Check it out here:

From what we’ve seen based on the reveal trailer and the gameplay walkthrough, Gotham Knights looks incredible! The art style in the game looks great, and the gameplay looks quite satisfying to boot.

While we liked what we saw so far, Warner Bros. has yet to reveal any details regarding the game. From the looks of it though, it seems to have a major co-op multiplayer element.

Gotham Knights will release in 2021 on PS5, PS4, Xbox Series X, Xbox One, and PC. Given that it releases in 2021 though, expect it to release on next-gen consoles.