A great choice for the 5G era. 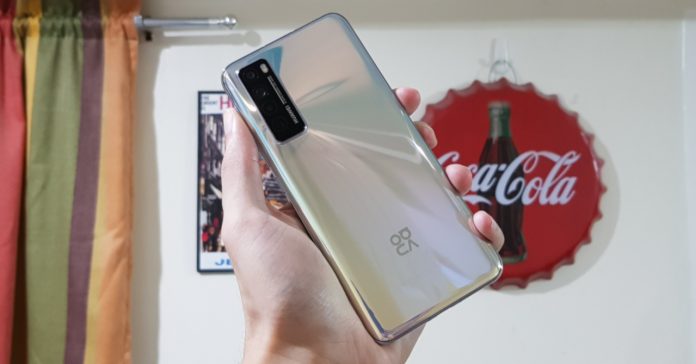 With news that Smart and Globe are starting to roll out 5G networks in the Philippines, now might just be the time to get a 5G-ready smartphone. While some of you may think that only select flagship phones support 5G, Huawei has actually released two mid-range 5G smartphones–the nova 7 SE and the nova 7 5G. Of the two, the nova 7 5G is the more recent release, and it has better specs on paper with its Kirin 985 processor and quad camera setup with a 3x telephoto shooter. 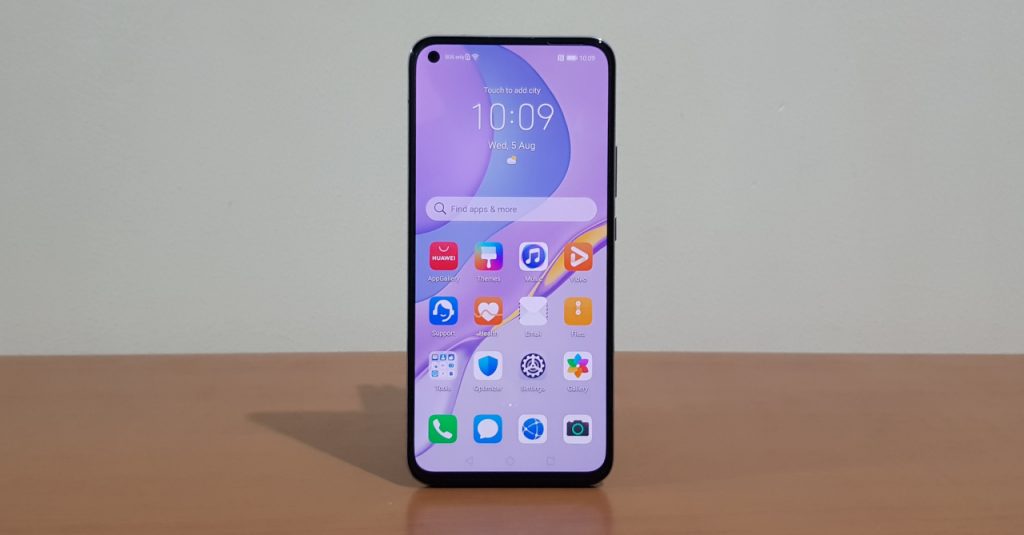 Thanks to its impressive specs, the Huawei nova 7 5G definitely seems like a worthy smartphone to get right now. In fact, I came away impressed with it when I first got my hands on it a bit over a week ago. Now though, after more time with the nova 7 5G, I can finally give my full verdict on Huawei’s newest 5G mid-ranger. 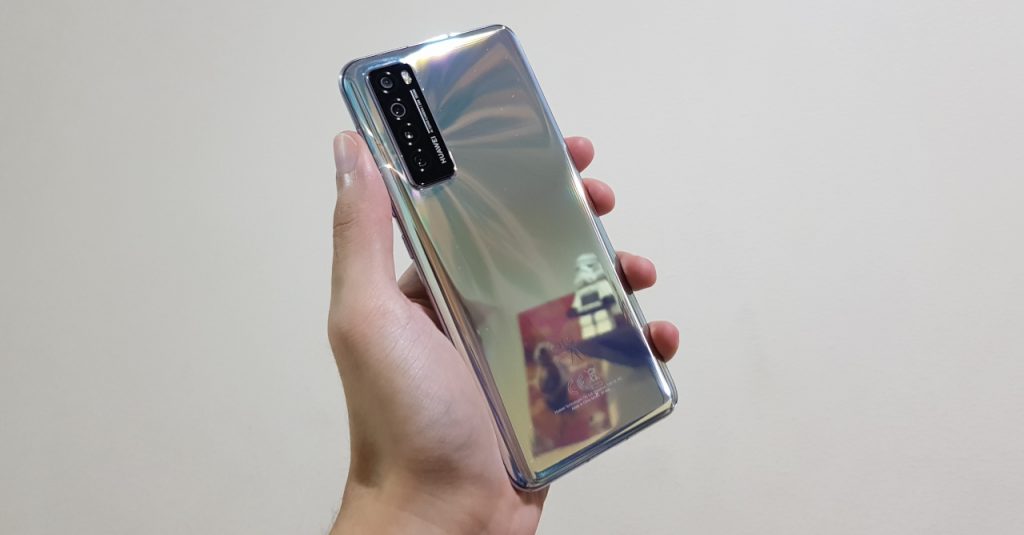 As I noted in my first impressions, the nova 7 5G has a very striking design, especially in Space Silver colorway. Aside from featuring a unique light patter, the back of the phone is highly reflective because of the mirror-like finish. Even when you put a case on it, the phone’s back is still reflective, making the phone one heck of an attention-grabber. 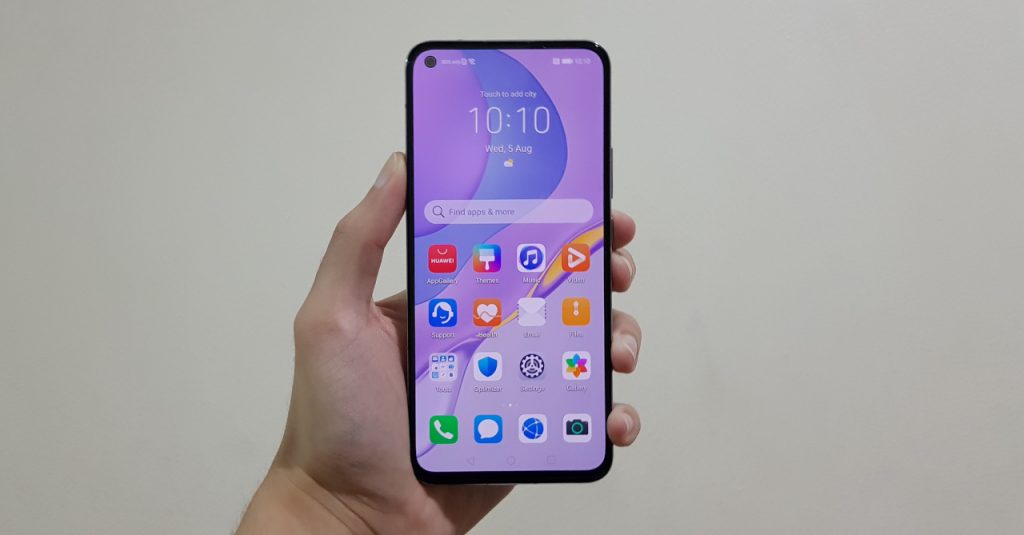 The phone’s front is also just as eye-catching as the back thanks to the large 6.53-inch FHD+ display with its minimal bezels and tiny holepunch notch at the top left corner. As I’ve often mentioned in my other reviews, this is my preferred notch style as it doesn’t take up much space as an iPhone-style notch, and it’s not as distracting as phones with a holepunch notch at the middle. 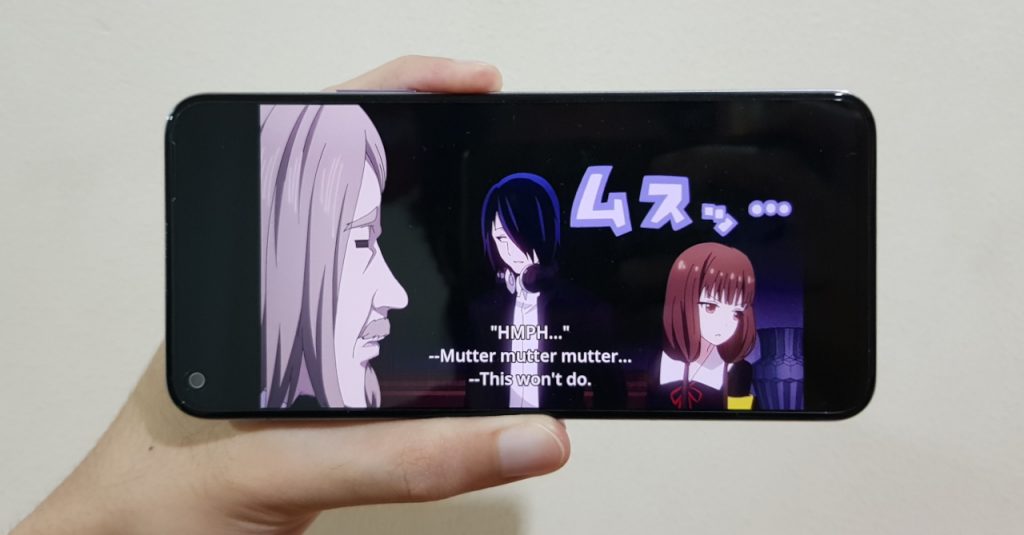 Speaking of the display, the nova 7 5G’s screen is an excellent fit for binge-watching movies, TV shows, anime, or whatever type of show you’re into. This is because the phone’s 6.53-inch FHD+ display is an OLED panel, meaning you get more vibrant colors that make it great for movie/series marathons. The display’s Full HD resolution and adequate brightness level also helps for video-viewing.

As for audio, the nova 7 5G’s bottom-firing onboard speaker outputs decent quality audio without much distortion even when near max volume. The trade off though is the speaker doesn’t get too loud, meaning headphones or speakers are recommended for movie watching or music listening.

Huawei’s latest mid-ranger is powered by a Kirin 985 processor, a new chipset with a 5G modem. Even though it seems to be part of the Kirin 9-series, the performance of the chip is reportedly in between that of the Kirin 820 and the Kirin 990.

So how does it perform for gaming? Pretty well actually! 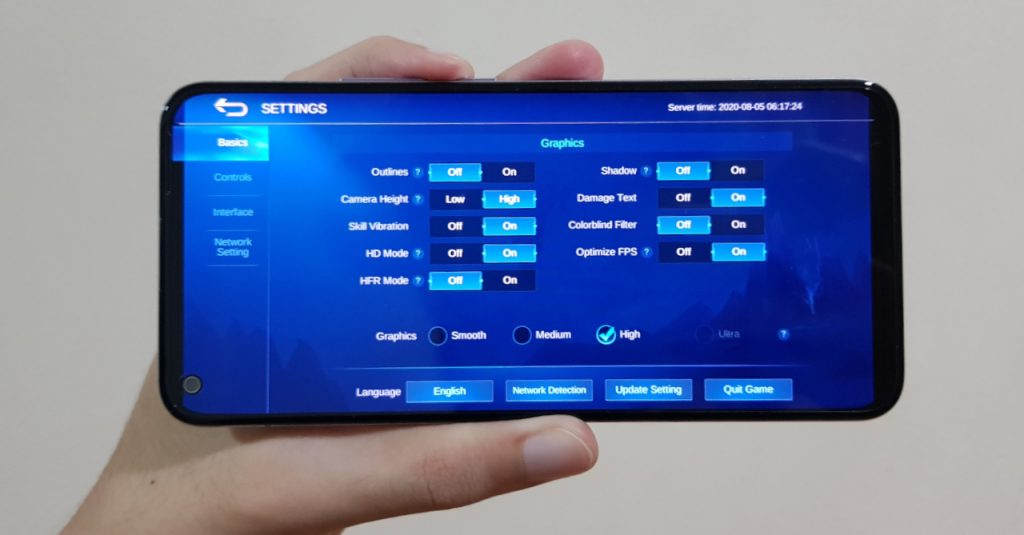 As expected, the nova 7 5G makes quick work of popular titles that aren’t too hardware intensive such as Mobile Legends: Bang Bang. Specifically, ML:BB ran smoothly at the high graphics setting. As the Kirin 985 isn’t the top-end chip from Huawei though, the Ultra setting is greyed out. 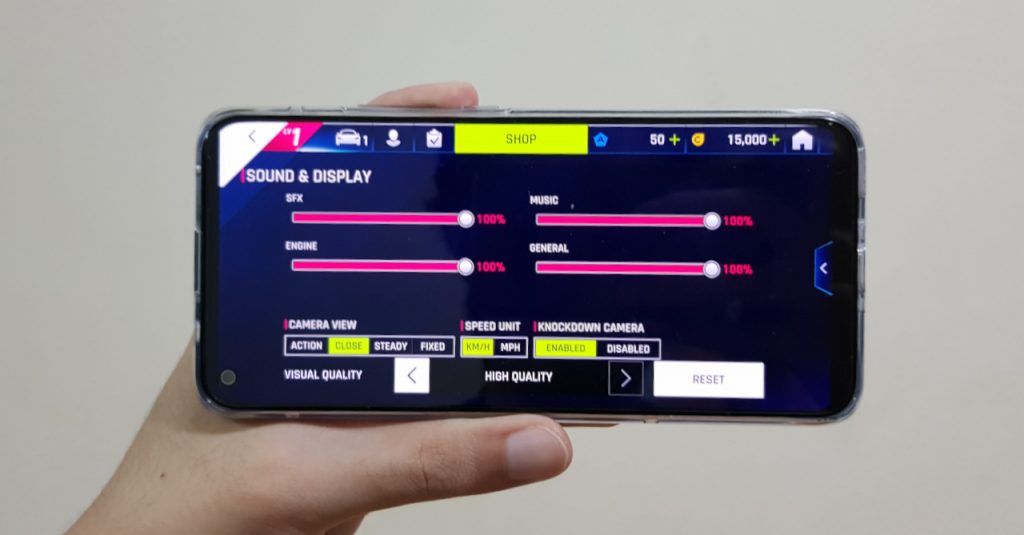 For more hardware-intensive titles, the nova 7 5G didn’t disappoint either, as it was able to run games such as Asphalt 9 at the high graphics setting. While you probably won’t be able to max out every game, the Kirin 985 should have enough power to run most (if not all) Android games that are out right now.

The nova 7 5G’s rear camera setup is similar to the nova 7 SE 5G, but instead of having a 2MP depth sensor, the nova 7 has an 8MP telephoto shooter with 3x optical zoom. The selfie shooter of the nova 7 is also improved compared to the SE at 32MP compared to 16MP.

The 8MP ultra-wide shooter also does well for daytime photography. Though unlike the 64MP main, the nova 7 5G’s ultra-wide struggles with low light photography as this specific shooter cannot be used with the phone’s Night Mode.

Moving on to the 8MP Telephoto shooter, this camera lets the nova 7 5G capture quality 3x optical zoom shots, even at night thanks to the phone’s Night Mode. Zooming in to 5x also results in good quality images, but not with 10x and above as image quality dips in these zoom levels.

As for the 2MP macro camera, image quality of macro shots are decent when there’s ample lighting. Though don’t expect to shoot high quality macro photos in low light (it is only a 2MP shooter after all).

Given how well the nova 7 5G performed for gaming, it didn’t come as a surprise for me that the phone also handled day-to-day tasks with ease. Whether checking emails, chatting with friends, or working on some documents, the nova 7 5G did not stutter at all in my time with it. Switching between apps and going through the menu is a snappy experience too.

Performance aside, the phone’s 4,000mAh batter was also big enough to let it last for over a day of use on a single charge. The nova 7 5G’s in-display fingerprint scanner is also fast and responsive, making for quick unlocks of the phone.

While the nova 5G is a great phone overall from a day-to-day usability standpoint, I do wish that Huawei didn’t remove the 3.5mm headphone jack as I still prefer phones with one for my wired earbuds. The nova 7 5G does at least come with a 3.5mm dongle inside the box. 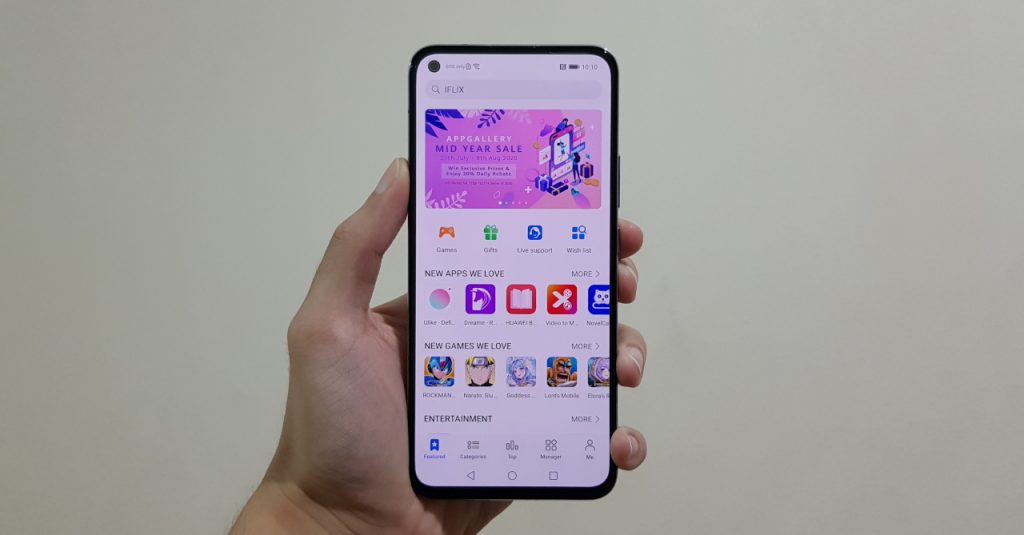 One thing to note with the nova 7 5G is that it comes with the AppGallery, Huawei’s own app store. To get apps on the phone, you’ll have to download them here; so it’s a good thing that there is an ever increasing number of apps being released on the AppGallery. 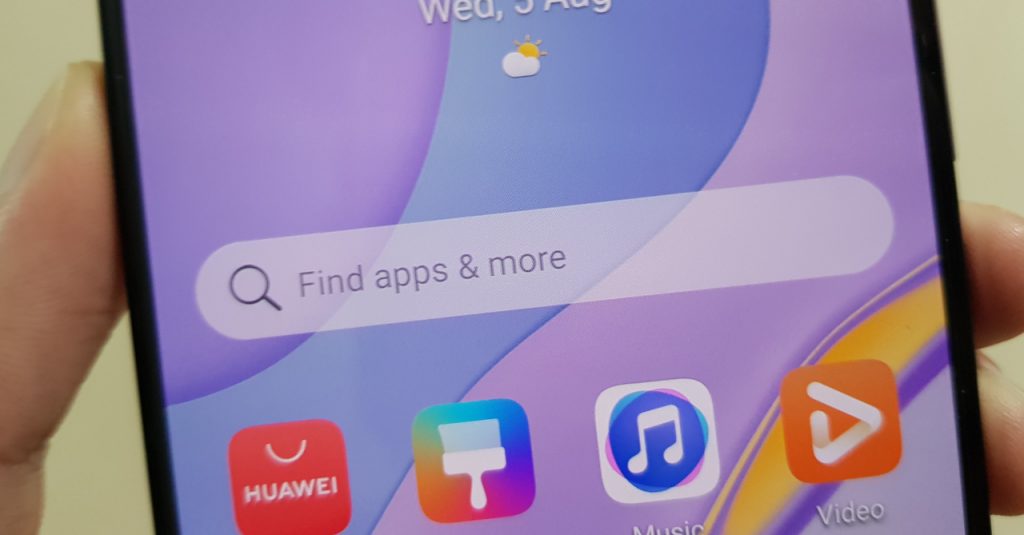 If you do need to download apps that aren’t available on the AppGallery yet, you can download them via the new Petal Search Widget (the search bar in the image above). What Petal Search does is automatically find the app you need via third party apk stores. This means you won’t have to manually search for apps via sites such as APKPure or APKMirror. 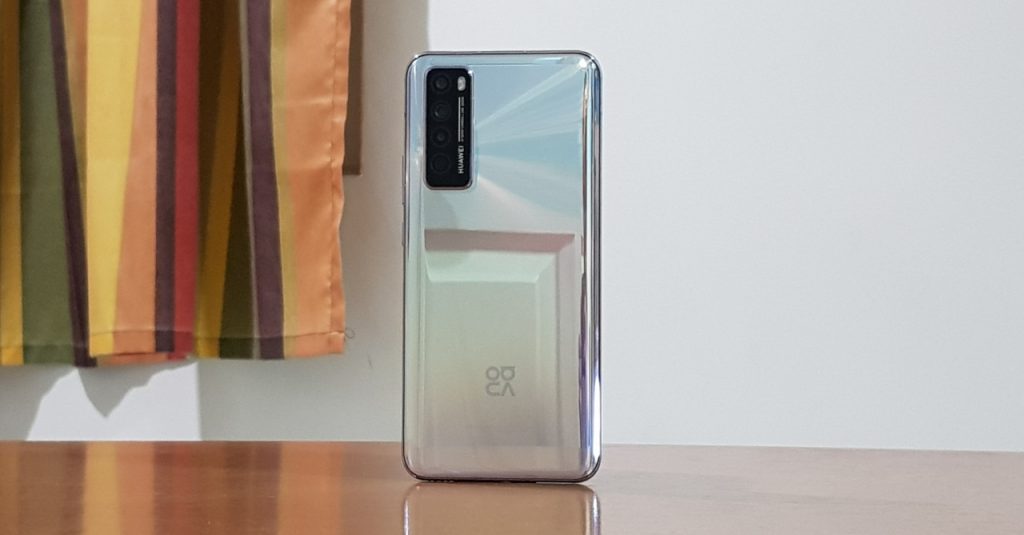 Overall, the Huawei nova 7 5G is an impressive smartphone thanks to its combination of powerful performance, great cameras, and quality display. Though its killer feature is no doubt its 5G capability. Considering that 5G networks are starting to roll out in the Philippines, the nova 7 5G is definitely a smartphone worth considering at its PHP 23,990 price tag.

- Advertisement -
Previous article
Brawlhalla is available now and free-to-play on iOS and Android
Next article
A Pokemon virtual theme park is opening this week!