Meta.us and JBL team up for new DOTA 2 Open League in the Philippines 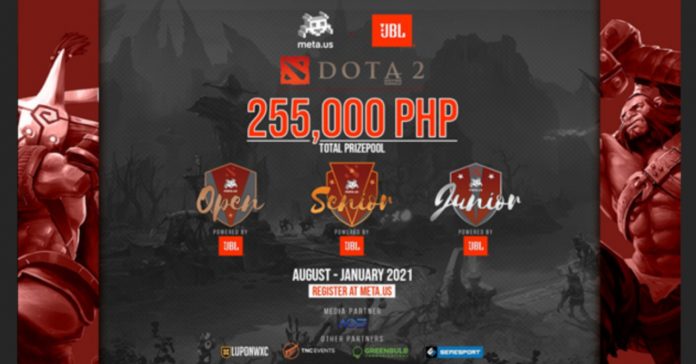 Dota 2 is easily one of the biggest esports titles in the Philippines. Not only is the country filled with lots of Dota players, the Philippines is also home to talented pros, including the likes of TNC (a perennial TI participant since 2016). Soon though, even amateur players will be able to show off their skills thanks to a new Philippine Dota league.

Meta.us, in parntershp with JBL, recently announced the new Meta.us Philippines Dota 2 Leagues. These leagues are a tiered set of Dota 2 competitions and are divided into the Open, Junior, and Senior Leagues. The Open League matches happen every week starting August 6, and will run until January 2021. 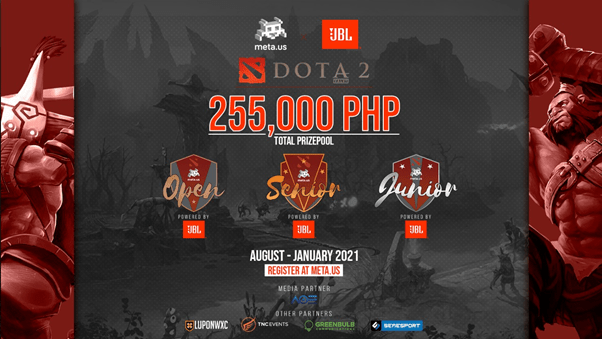 How the league works is, players in the Open League will earn Meta Rank points as they win matches. Once a team reaches a certain Meta Rank point, they will be able to progress to the Junior and Senior divisions. Each cycle of the Junior and Senior divisions will run for four weeks, with a playoffs at the fifth week. After this cycle, there will be a promotion/relegation period where teams can move up or down tiers depending on their performance.

The Meta.us Philippines Dota 2 Leagues will have a total prize pool of PHP 255,000, with the winners receiving a special opportunity to receive coaching sessions from the pro players of TNC Predator.

“We started Meta.us to give gamers—regardless of their status or experience—a chance to grow and an opportunity to make it big in the world of esports. With this Dota 2 tournament series, we’re giving Filipinos those same opportunities,” Meta.us founder and CEO Alan Chou said.

Interested in joining the leauges? Players can register for the first weekly Meta.us Philippines Dota 2 Open Tournament from July 26 until August 5, 8:00 PM at www.meta.us. Tournaments will happen weekly from August through January of next year. For live streaming, updates, highlights, and recaps, follow https://www.facebook.com/MetaMaster.