Try the game out now ahead of its release! 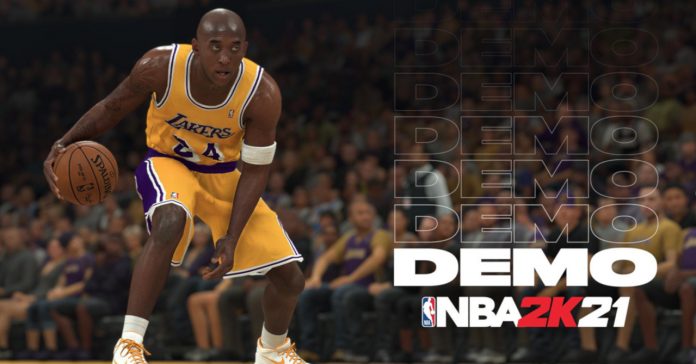 NBA 2K21’s release is just over a week away, but if you can’t wait to try it out, here’s some good news for you! 2K has just released the current gen demo of NBA 2K21 for the PlayStation 4, Xbox One, and Nintendo Switch.

Aside from playable teams, the demo marks the return of the the ever popular MyPLAYER Builder. The builder lets you select your position, set your attributes, and many more. This iteration of MyPLAYER Builder also features new additions, including oversized 6’8 point guards and more. Best of all, your created build carries over from the demo into the full game.

Other features of the demo includes an opportunity to try out some of the latest gameplay innovations such as innovations to the Pro Stick, to a redesigned shooting system.

Finally, NBA 2K21 is taking a new approach to player ratings due to the delay in the start of the 2020-2021 season. For NBA 2K21, player ratings will be updated when the game releases on next-gen consoles which follows the completion of the NBA 2019-2020 season.

- Advertisement -
- Advertisement -
Previous article
Is the new League of Legends Champion ‘Seraphine’ Filipino?
Next article
realme PH culminates month-long Fanfest on August 28 with a music festival and a Lazada sale