One Punch Man: The Strongest | Tips for players that are just starting their Hero Career 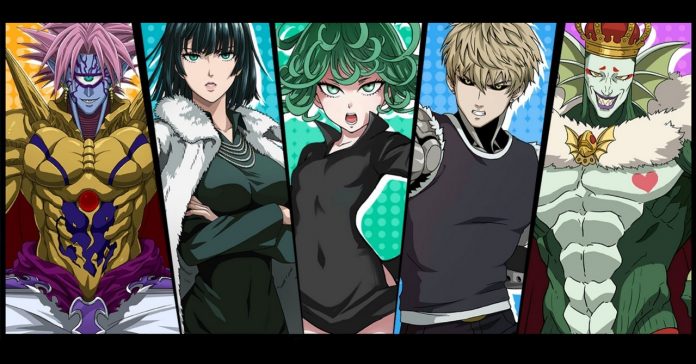 Are you still struggling to raise your Battle Points and can’t progress through your own strongest Hero/Monster journey? If you are, here are three quick tips on how to strengthen your dream team so that you can truly become the strongest Hero or Monster in a world where only the strong thrives.

Perhaps one thing that people usually neglect, especially for new players, is understanding how the lineup works. Yes, new players may find it difficult to form a solid lineup at the early point of the game, but characters like Mumen Rider and starting Hero Genos can already provide bonuses for your early team. For instance, Mumen Rider’s Justice Crash gives the Berserk status for an ally that increases their attack by 30% and speed by 20%; while Genos deals damage in a column hitting 4 times and applies the burn status with his Ultimate. But what players must understand is there are characters with Core Skills; triggering a Core Skill will provide bonuses for the whole team.

Examples of characters that have Core Skills is the aforementioned Genos, Amai Mask, and Doctor Genus. Triggering Core Skills requires you to form a specific characters in a team like Amai Mask’s Idol Power, which requires you to compose a team that has 1 Duelist, 1 Grappler, and a 1 Hi-Tech unit. If you have enough characters, you can also trigger the additional effects of a Core Skill, giving your team even more bonuses.

For players who are just starting out, upi can never go wrong with Genos as a core plus Mumen Rider as both of them already fills the Hi-Tech and Grappler role; not to mention that Justice Crash will trigger Genos’ Core Skill. So taking a character with a core skill in your lineup and building a team around that character will boost your team power, giving you even more edge in battle.

Better hold on to those recruit vouchers of yours and horde diamonds as this tip actually requires you to do a roll. Because, lets face it, if you want a competitive team, you’ll have to aim on getting the best characters in the roster. Getting SSR characters like Atomic Samurai, Child Emperor and, Terrible Tornado (Tatsumaki) is really beneficial for your whole team. Not only do they have high synergy with many characters, they also deal AOE damage to the whole enemy lineup while applying debuffs like stun and shatter.

If these SSR characters elude you, you can settle on other SR characters like Amai Mask, Golden Ball, or Sky King. Amai Mask can shatter the enemy team’s backrow (which is really useful for picking bosses) while Golden Ball acts like a budget Atomic Samurai as he deals damage to all enemies while applying Shatter status. Iairon can also fill this role, but he will only affect enemies in a row. His passive can prove to be useful though as he will enter the Berserk state when hitting a Shattered enemy, so having both in the team can also beneficial. Finally, Sky King’s passive Sky Ruler will give the team extra damage for 2 rounds this triggers at the start of battle.

Even if your luck is just the worst and you keep on getting bad rolls, collecting other characters can still trigger character perks. For example, if you manage to collect King, Allback-man, Genos, and Lightning Max, it will trigger the character perk Blond Hero which will give them a permanent +10% HP. So at least there’s an upside to not getting a single SSR.

Maybe we can’t actually play as the caped baldy, but we can always count on him to show up and immediately end the battle if we call him through the One Punch Meter. But the other thing that he can provide is an increase to BP if we level him up on his own menu.

Here in the Saitama Quest, we can partake in his training regimen, sending Saitama to train for a duration of time. Just like in the anime, Saitama can do push-ups, sit-ups, squats, and runs; finishing these training sessions will give you rewards, whiledoing all types of training will give you more rewards. But to actually increase your team BP, you’ll have to unlock Saitama’s Talent tab. Here you can spend talent points to increase your team’s stats. You can obtain these talent points by doing daily targets on the Saitama Quest tab that will give you 5 talent points everyday, provided that you hit the daily quota; so everyday training is a must.

Another way to raise your BP on the Saitama Menu which is accessible early on is completing puzzle picture through the Memory. This puzzle book permanently increases your BP through collecting and unlocking pieces by spending Saitama coins that you can also get through the training regimen. Progressing through the story mode will unlock more memories, so finishing the main story mode is also a must; not to mention with a solid team, the story mode can be done fairly easily.

There are tons of other ways to raise your BP, but these 3 tips are perhaps the best ways to start increasing your power at the early point of the game. But as you progress, you can unlock even more functions to increase your BP like Gears, Figures, and more Training options; though these are targeted more for advanced players.

One Punch Man: The Strongest is available now for free with in-app purchases on the Google Play and the App store.

- Advertisement -
Previous articleASUS announces PH pricing and availability of new A520 Motherboards
Next articleDC FanDome is a 24-hour celebration of all thing DC superheroes starting August 22!