Ok first of all, I am approaching this game without any knowledge whatsoever of the sport. Though for the longest time I found myself really interested, I never really took the dive into learning Golf. Maybe its the because of the learning curve, or the idea that this can be a really expensive hobby. Whatever it is, there was always a reason that keeps me pulling back… Until this title came swinging along.

PGA Tour 2K21, developed by HB Studios came as a surprise for a console that’s nearing the end of its heyday. Its been a long time gamers have gotten a game for their beloved sport but now things are about to change with this officially-licensed PGA Tour title. Luckily from the start, this digital implementation looks to be in good hands because aside from getting the “2K” polish and treatment, fans who previously tried “The Golf Club” games are pretty much at home here, with an even bigger playground to mess with. 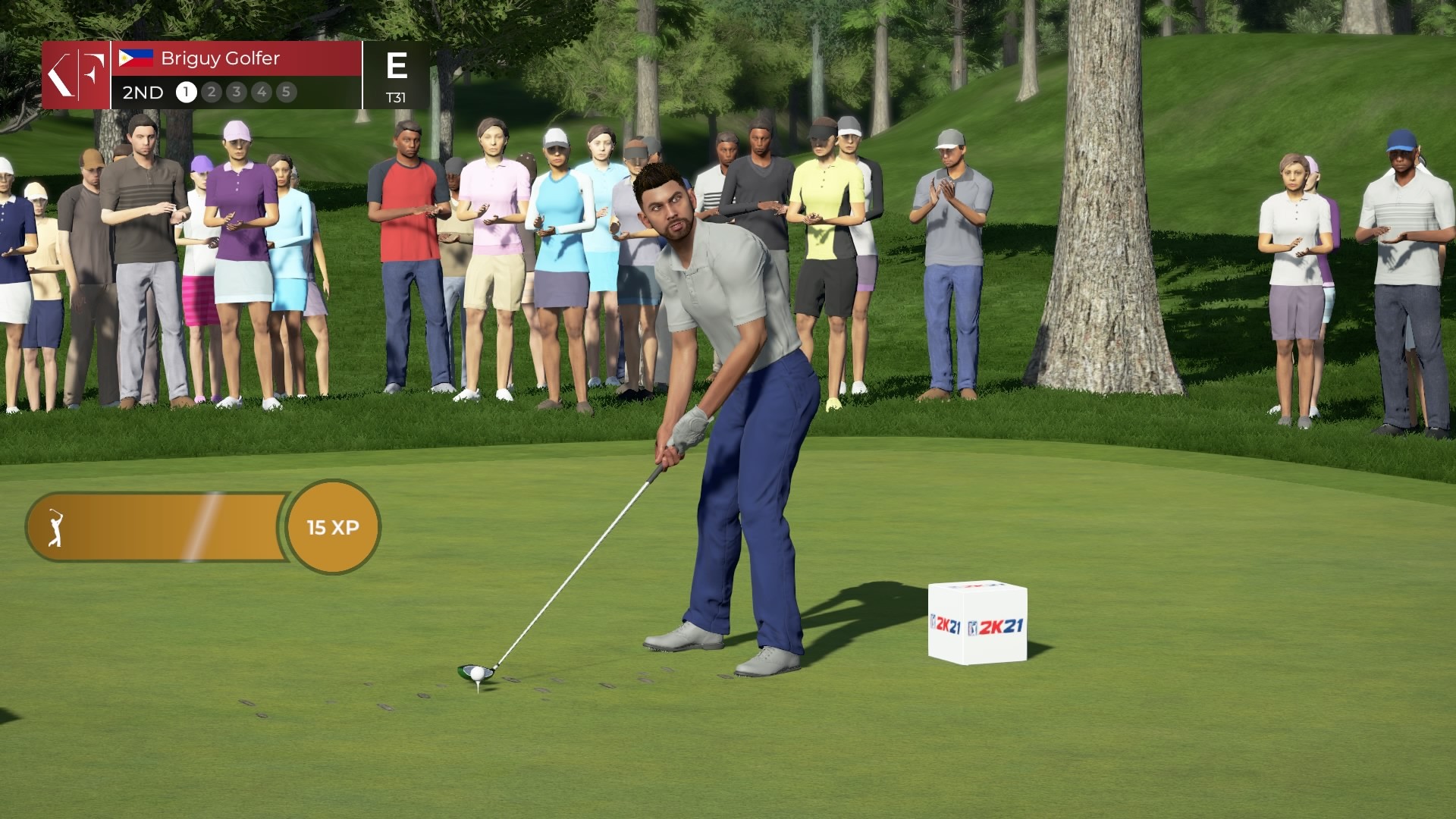 A Lot of Green to Go By

There’s really a lot of green to immerse yourself into. Aside from the 15 PGA Tour courses that are identical to its real-life counterparts, there’s also 30 official events where you can compete in. And no, you’re not just swinging with some randomly-named golfers, this being an official golf game be prepared to swing with the likes of Gary Woodland and Cameron Champ, not to mention the game’s cover-sake Justin Thomas, who is arguably the best in the world.

Additionally, for those who got the all courses down at the back of their hands, it might interest you to know that you can also edit your dream course with the included “Course Designer” feature for a nearly-unlimited replay value (feature not included at the Nintendo Switch but they might add it post-launch). 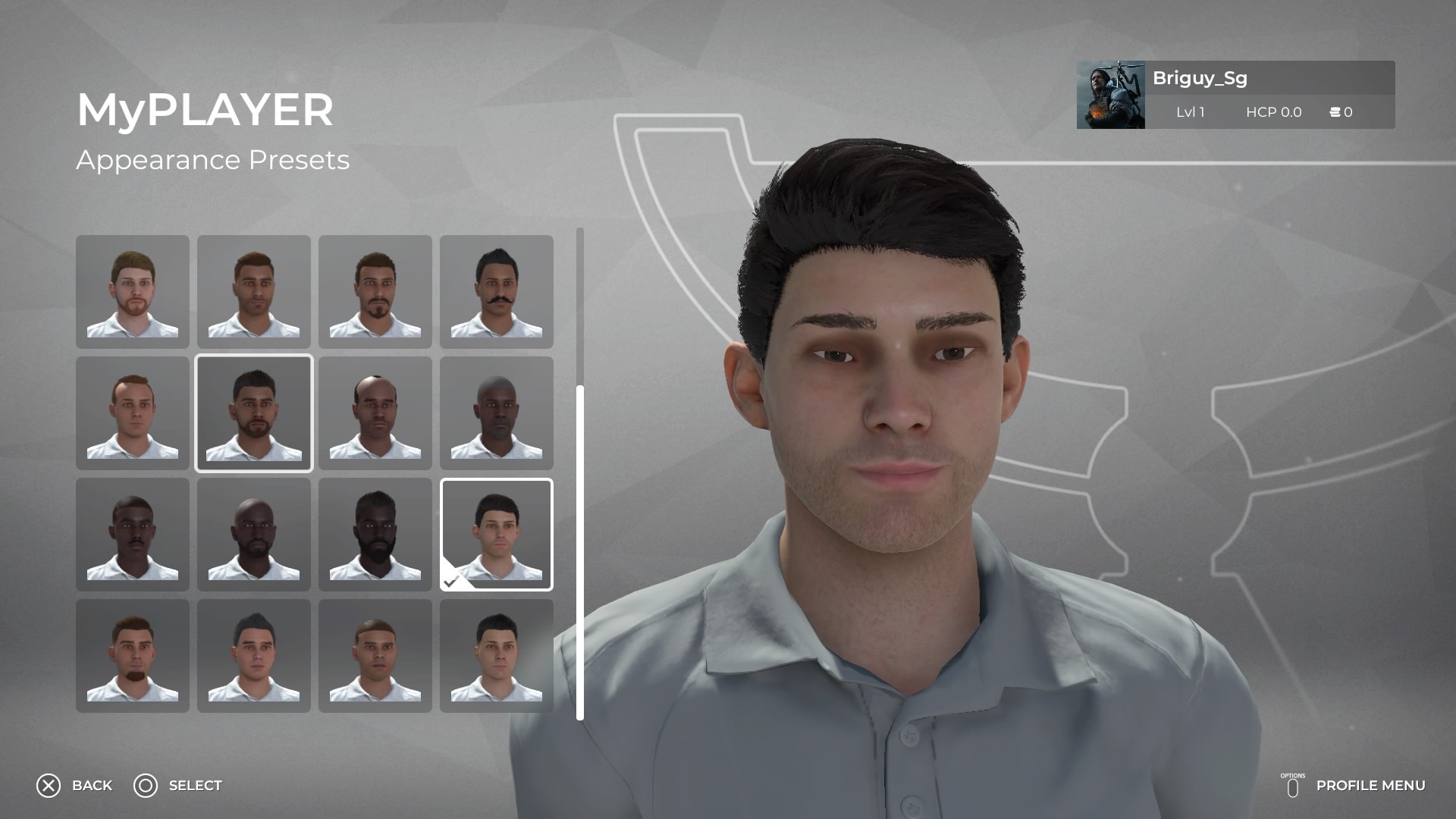 Everything is really presented great here especially the environment and nature-y ambiance that one can expect, but for some reason I was hoping that some of the textures, specifically from the human players could have gotten that PS4 “swan song” treatment, but this is a really minor nitpick. 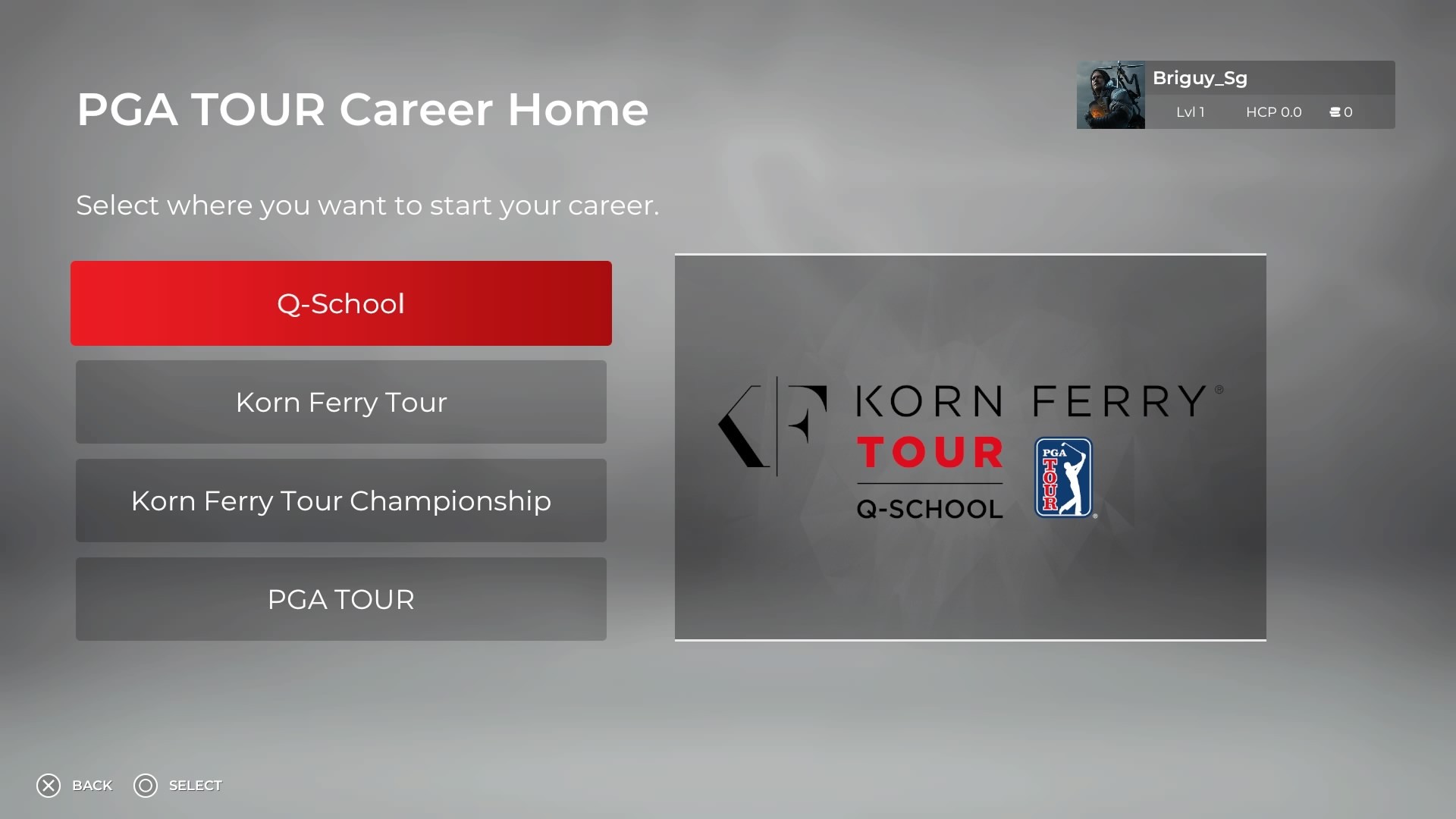 Climb up with the Greats in Career Mode

This is probably my favorite part of the game before I duke it out with real-world opponents. But before anything else let me just say that before you go crazy swinging your club, I have to commend the very intuitive and easy-to-follow tutorial at the start. 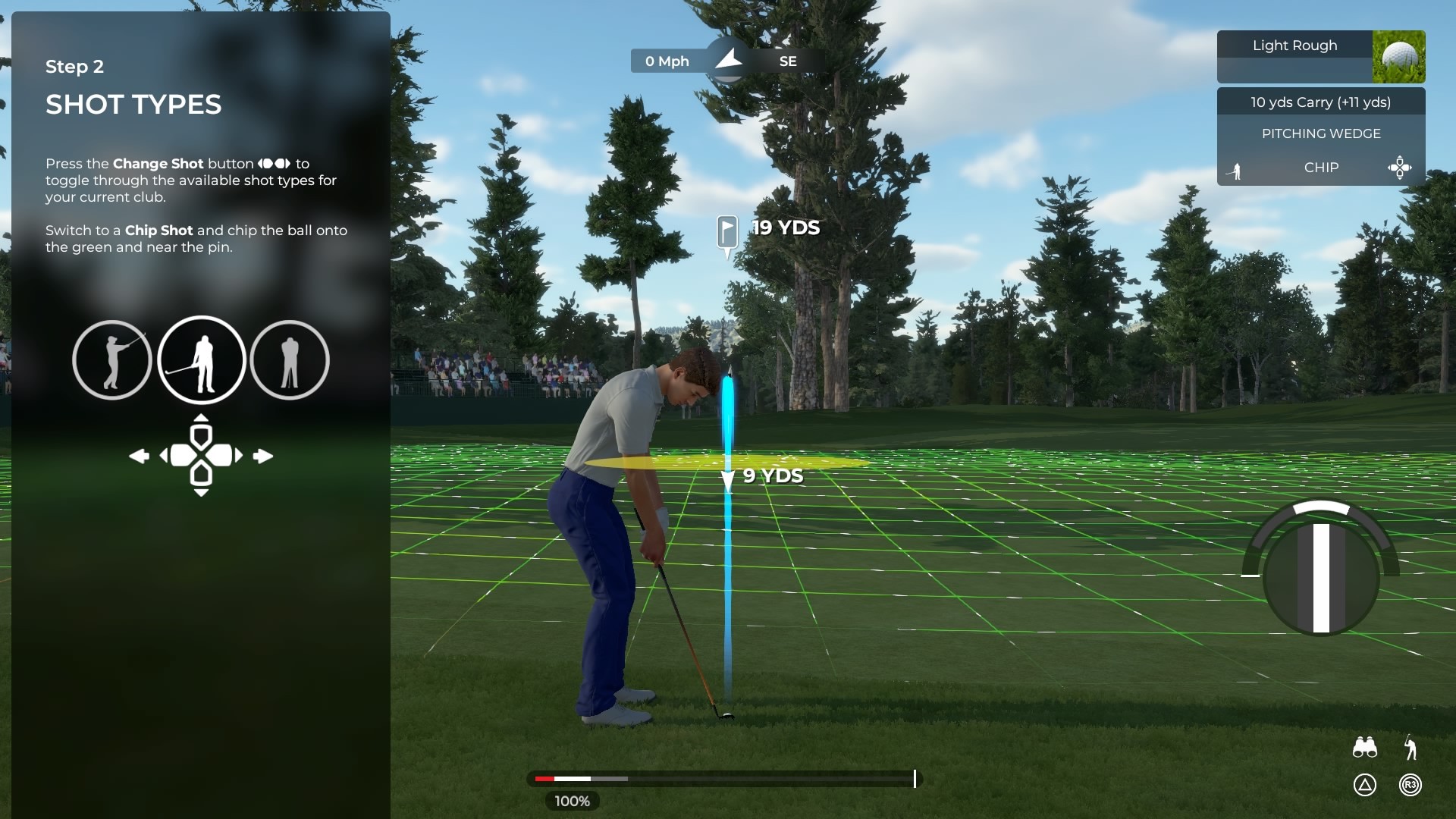 For someone who is just planting his shoes on the grass for the first time, this was really a very nice and welcoming addition before starting out in Career Mode. Overall, just by trying out the tutorial, you can get a really good feel on how accurate the game’s physics are at the same time, marveling on how buttery intuitive the game engine works with you. 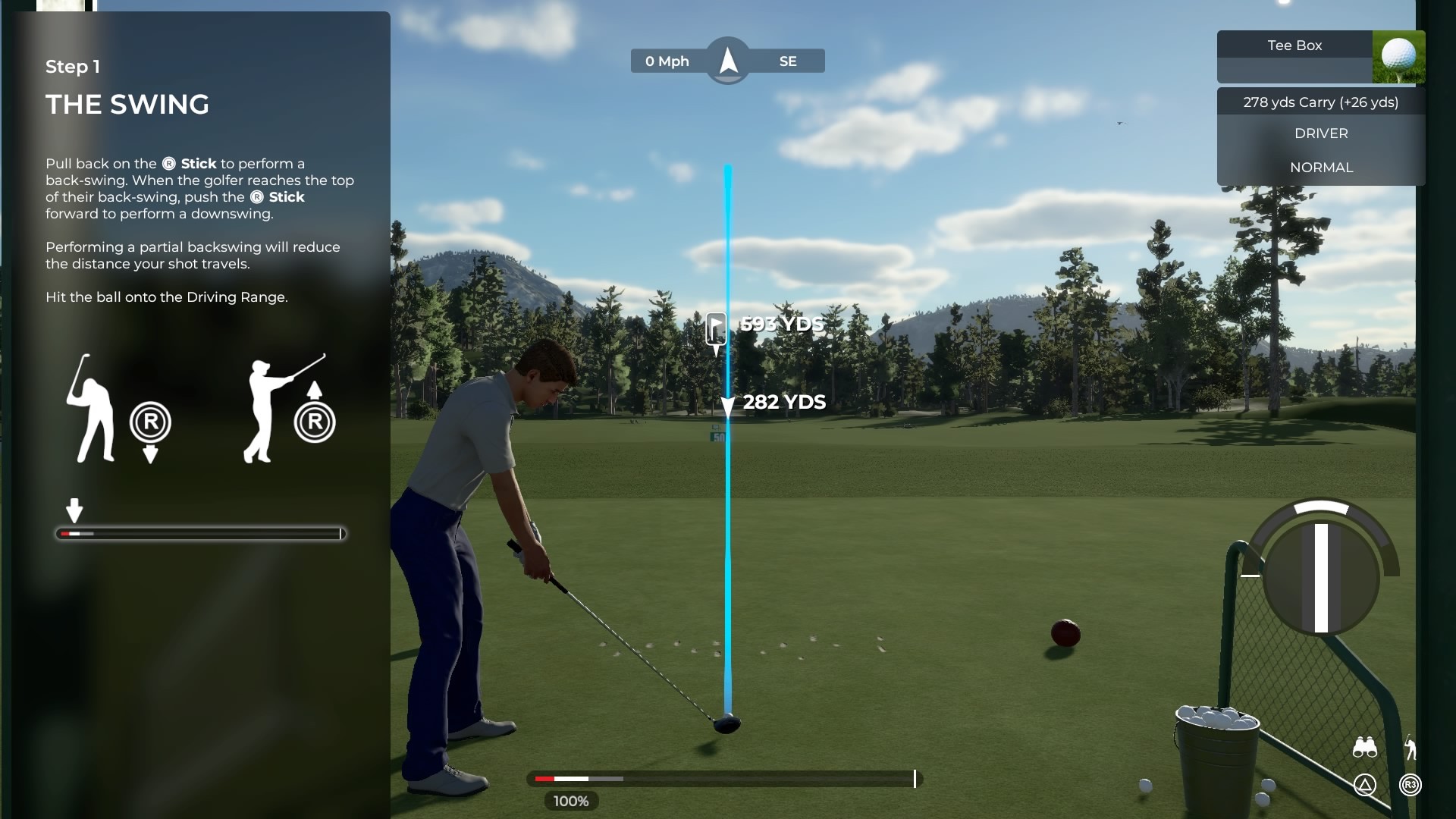 At first, getting accustomed to swinging the golf club is easy, but it will take awhile to really get the hang of it. The basic idea is you pull down with the right analog stick to raise your club backwards, then pushing it backward to swing. It seems easy at first but when you factor in environmental variables, as well as the way your swing, which might deviate with regards to how you push the stick back up, it gets really challenging. But after a few tries and practice shots, you’ll get into grips in no time. 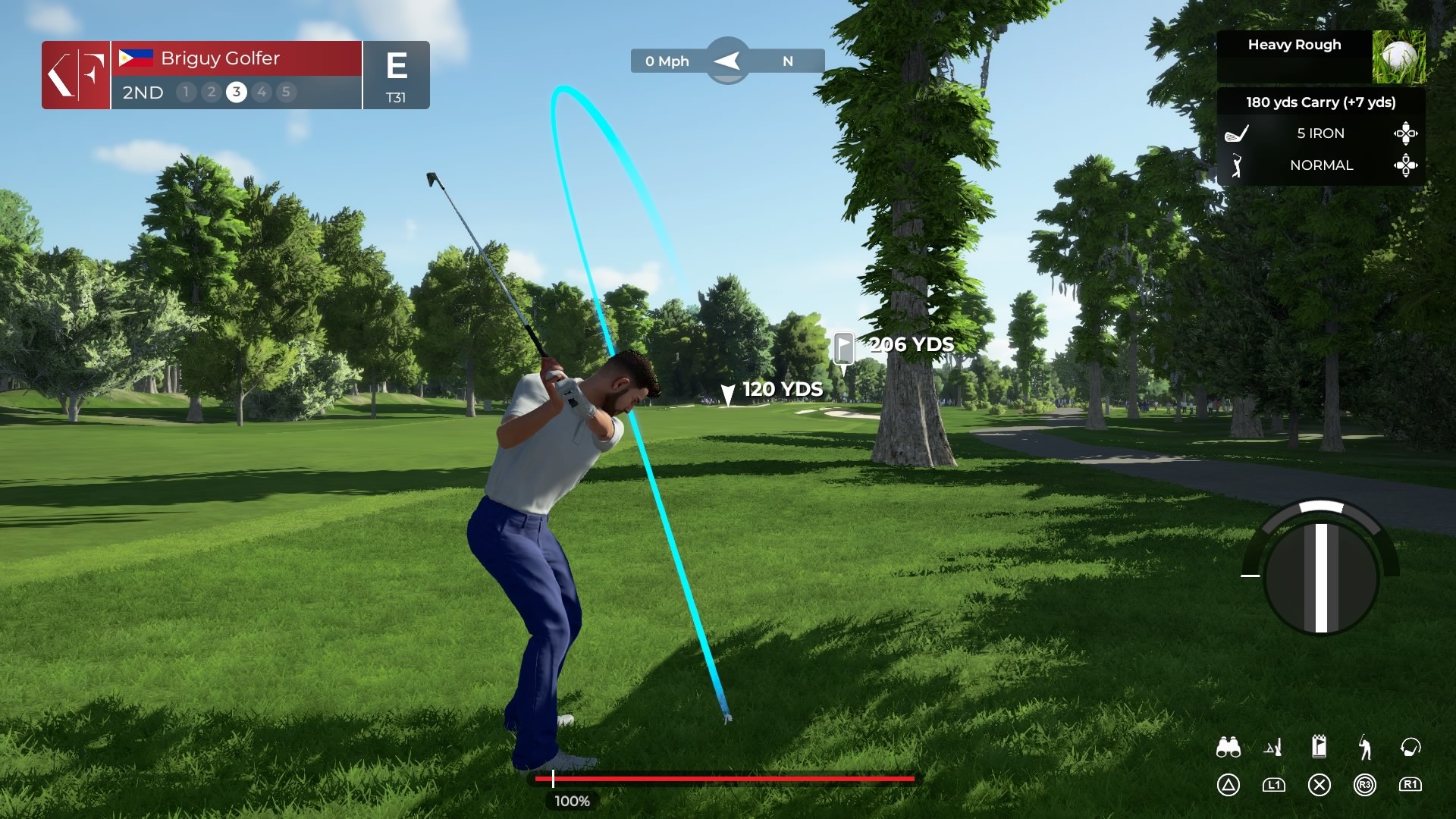 Additionally, you can further the accuracy of your shots with the game’s “True Shot” mode by pressing the L1 button. This feature allows you to adjust certain parameters to your shot and even plot the way you want to curve the trajectory of your swing. 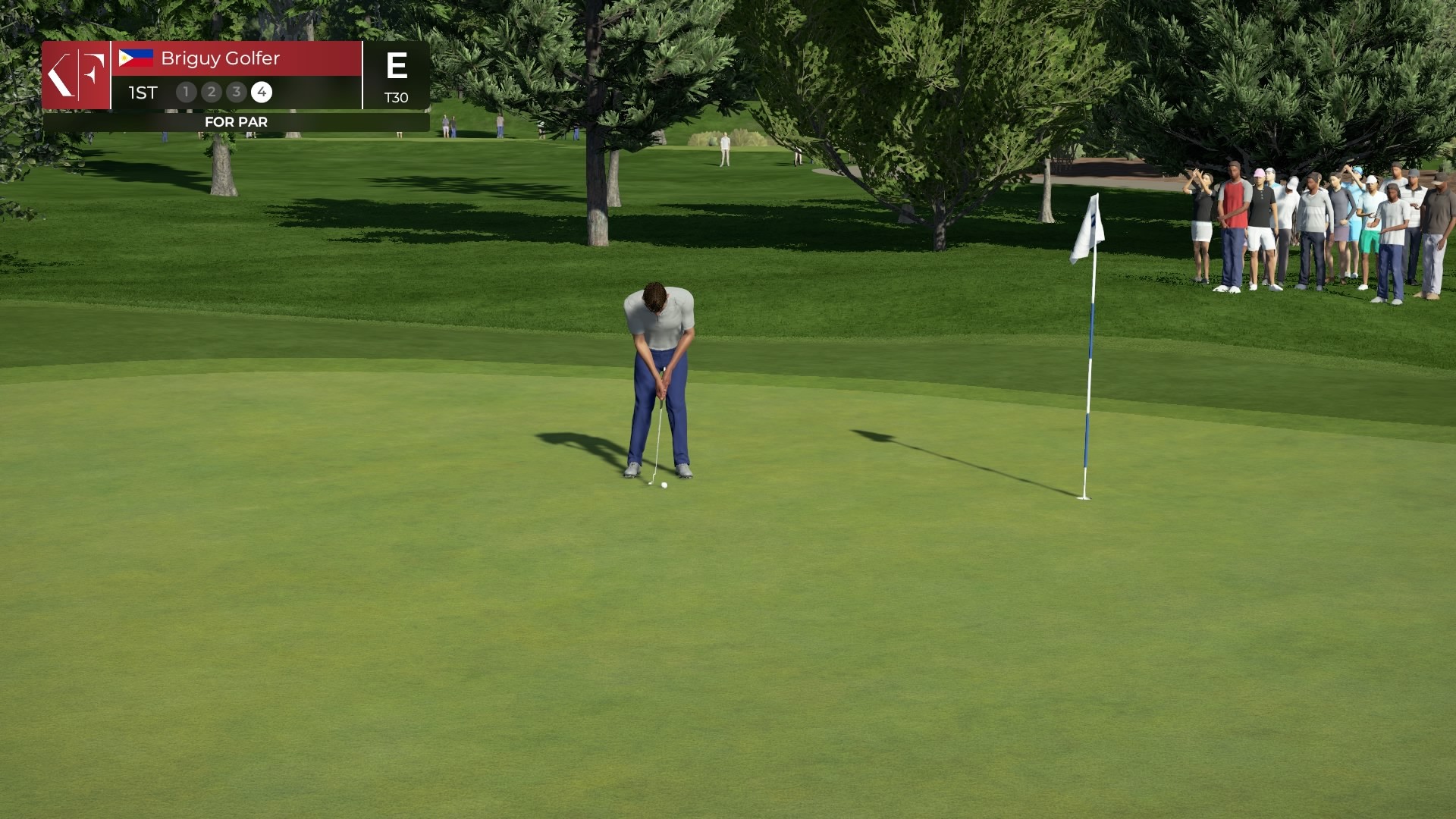 After some time that you get really accustomed to the interface, you might want to dial the challenge up a bit and tinker with the wealth of customization options the game provides. I’m not there yet but when I really get the hang of it, I want to try removing all the visual aids and HUD for that true golf simulation experience, but for now the fun I’m having here is actually learning the ropes at my own pace.

Adding to this, just like with every signature 2K game, I dug the TV-like presentation though don’t expect some verbose commentators here. Since we are talking about Golf, expect the overall feel to be laid back and relaxed. 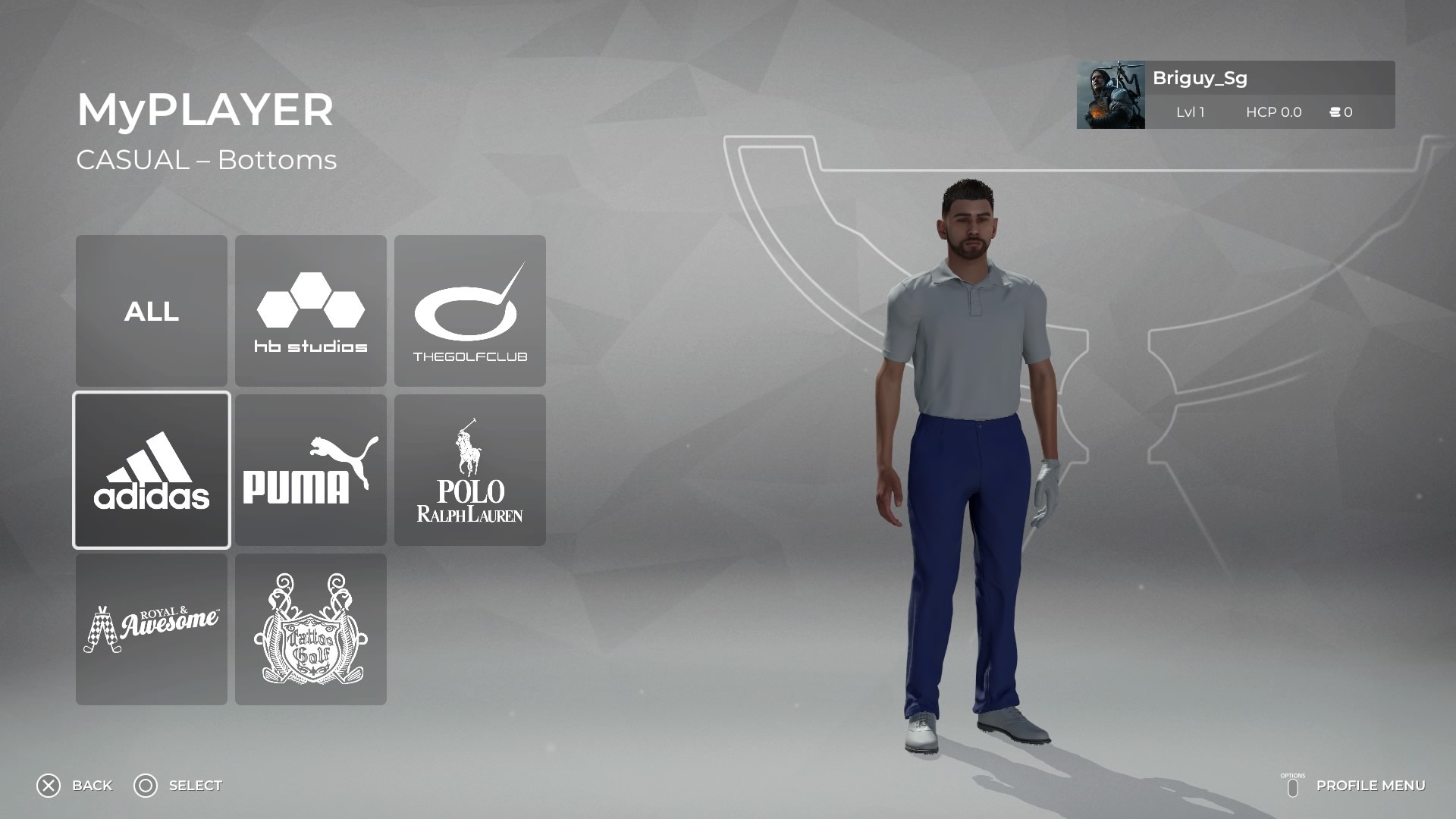 If you’re the type of gamer who wants to bling things out the way you like it, the game also features a lot of customization options via its tried and true “MyPlayer” mechanic which was present in other 2K games. Fancy a specific brand like Adidas or Under Armour? Well you can sport your favorite brand or mix and match them with other known names. That does not end with the simple cloth aesthetics though, because down the line you are also furthering to improve your bag of tricks with your arsenal of clubs – all with varying levels of usage, upping the authenticity of this already deep gold simulator.

The Rory to your Tiger 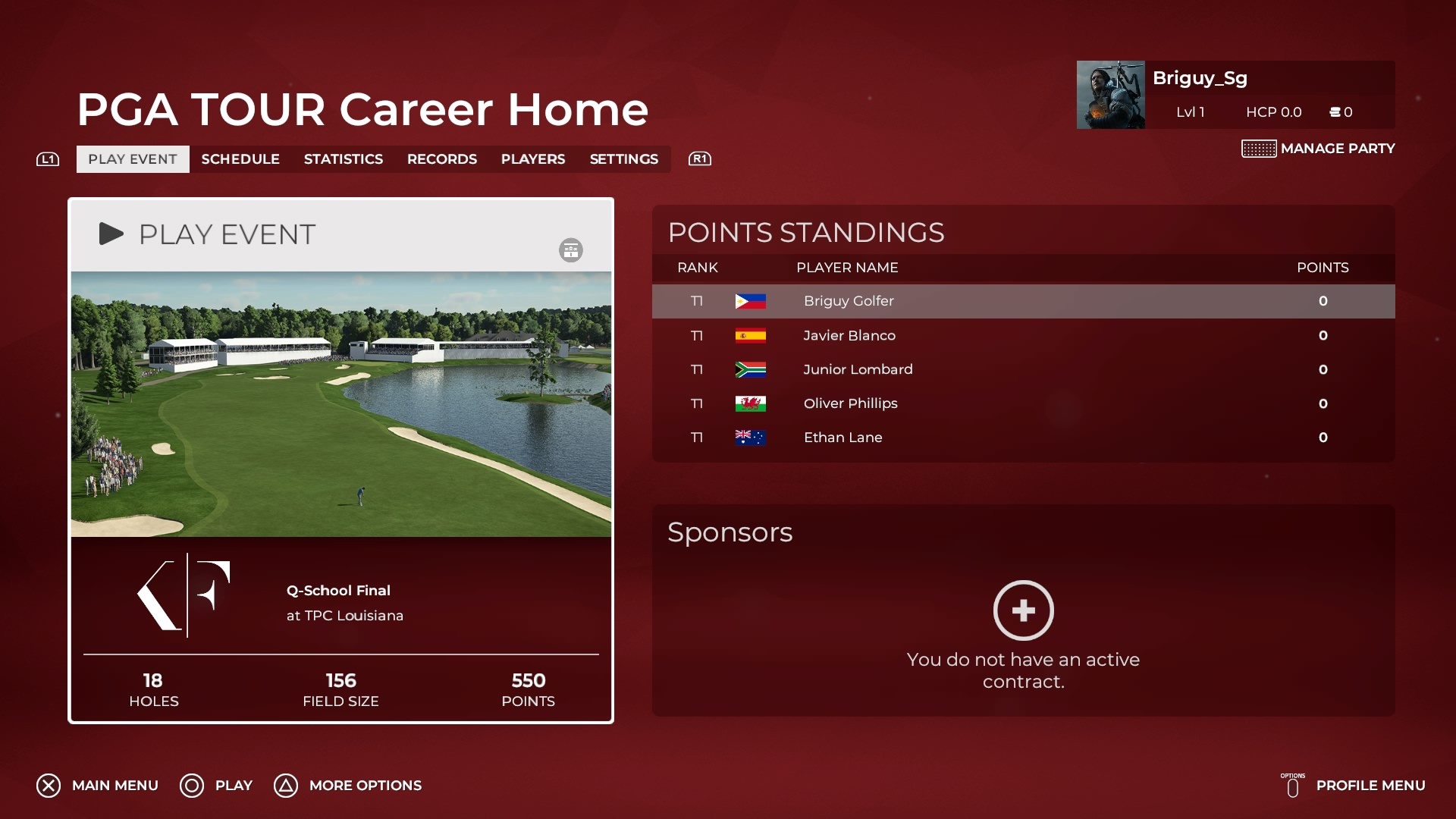 After learning the basics, I went easy at first starting at the Korn Ferry Tour Q-School, but for those who want to skip the lower tiers, you definitely have the option to take it further with more challenging ladders. For beginners though I would suggest starting at Korn Ferry, as the courses definitely get more technical further on.

Over time the game lets you unlock various sponsors that will grant you rewards when you complete a certain in the game, achieving this will earn you unique items that you can use throughout the season. Adding to this, when you reach a certain point in the game there will come a time where your stats will be compared against a rival opponent to which you can aim be better at, again for more unique rewards. As you further along (and depending on how well you performed), you are given “FedExCup Points”. You might want to focus on getting better for these as they will ultimately secure your position in career mode and eventually become the champion. 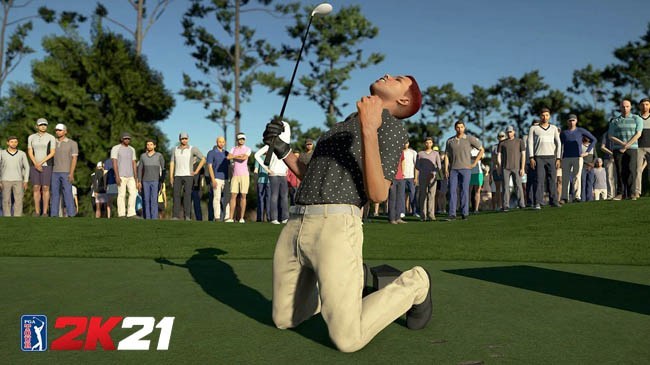 Who would I recommend PGA Tour 2K21? Well for those curious about this sport, this is really a good jumping-off point into something that your might like to do in real life. For those already familiar with Golf and have played it before in the green, this is probably the best title you can grab for the current generation.

Thanks to 2K for providing UnGeek with this early access. The game releases tomorrow, August 21, 2020 for the PlayStation 4, Xbox One and Nintendo Switch consoles, as well as on the PC via Steam.

Previous articleCall of Duty: Black Ops Cold War is official
Next articlerealme launches the C15, an entry-level phone with a massive 6,000mAh batter

PGA Tour 2K21 review | A lot of green to go byI wasn't really expecting much but HB Studious impressed me with this title, as they seemed to have perfected the right blend of ease-of-play vs. complexity. I would definitely say try the game out, it has everything you would expect and then some.