Time for an Overhaul

For the racing fans out there, if you know Project Cars 2 you would immediately remember that the title was at par with the best of ’em, racing neck and neck with other greats such as the Gran Turismo series or Forza Motorsport… And rightfully so since those were some of the greatest racing simulation games ever made. 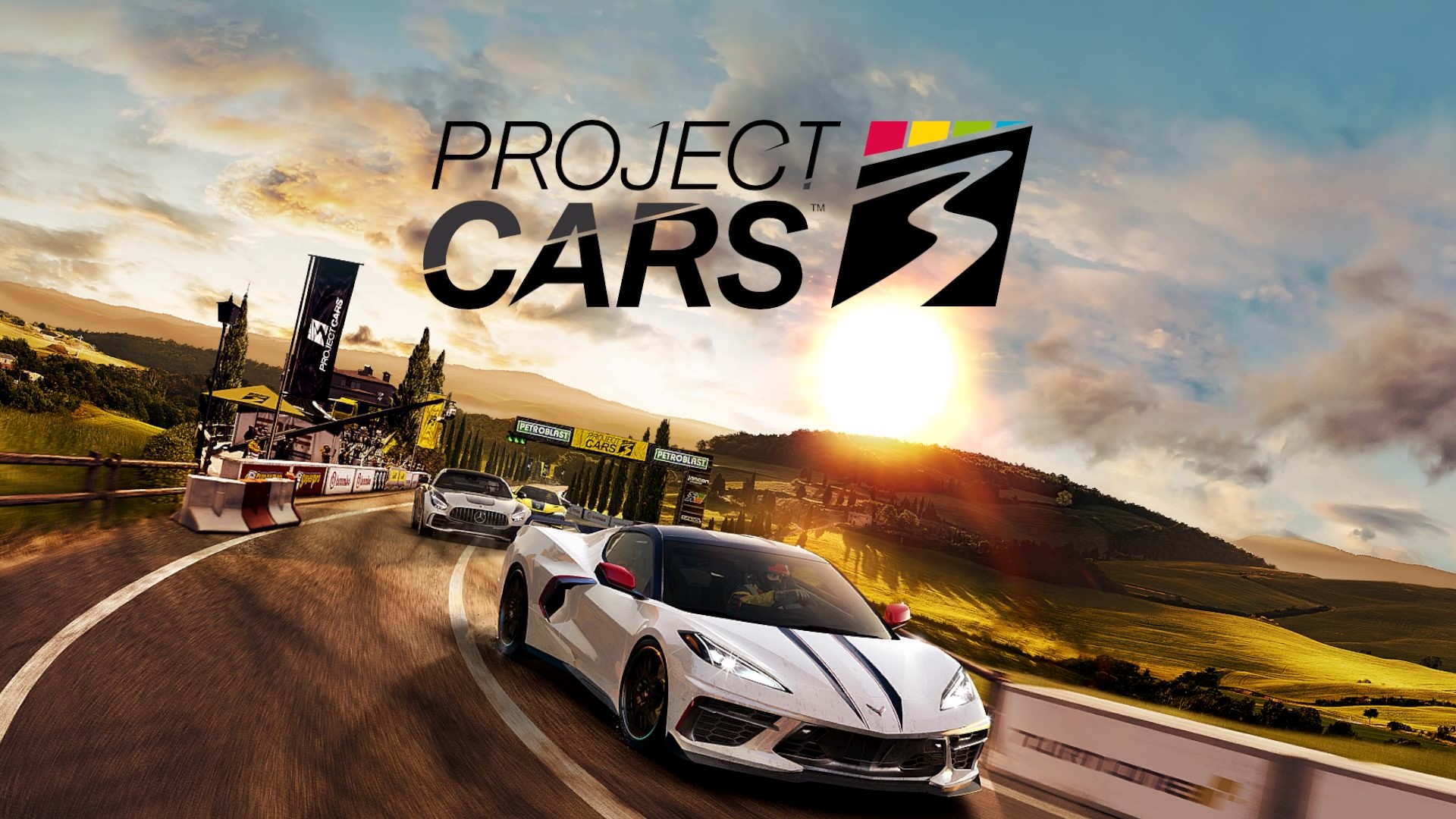 Now with Project Cars 3, the latest installment from developer Slightly Mad Studios and publisher Bandai Namco, it looks like the overall direction took a bit of a detour in terms of its gameplay feel and adopted a more arcade-y approach which, depending on how you look at it, could either be the racing game just for you or a dead-end. But before you do a cold start and make a complete pass on on PC3, you might want to U-turn and read this review and reconsider first before totally going out of your way (yeah I know, puns right?). 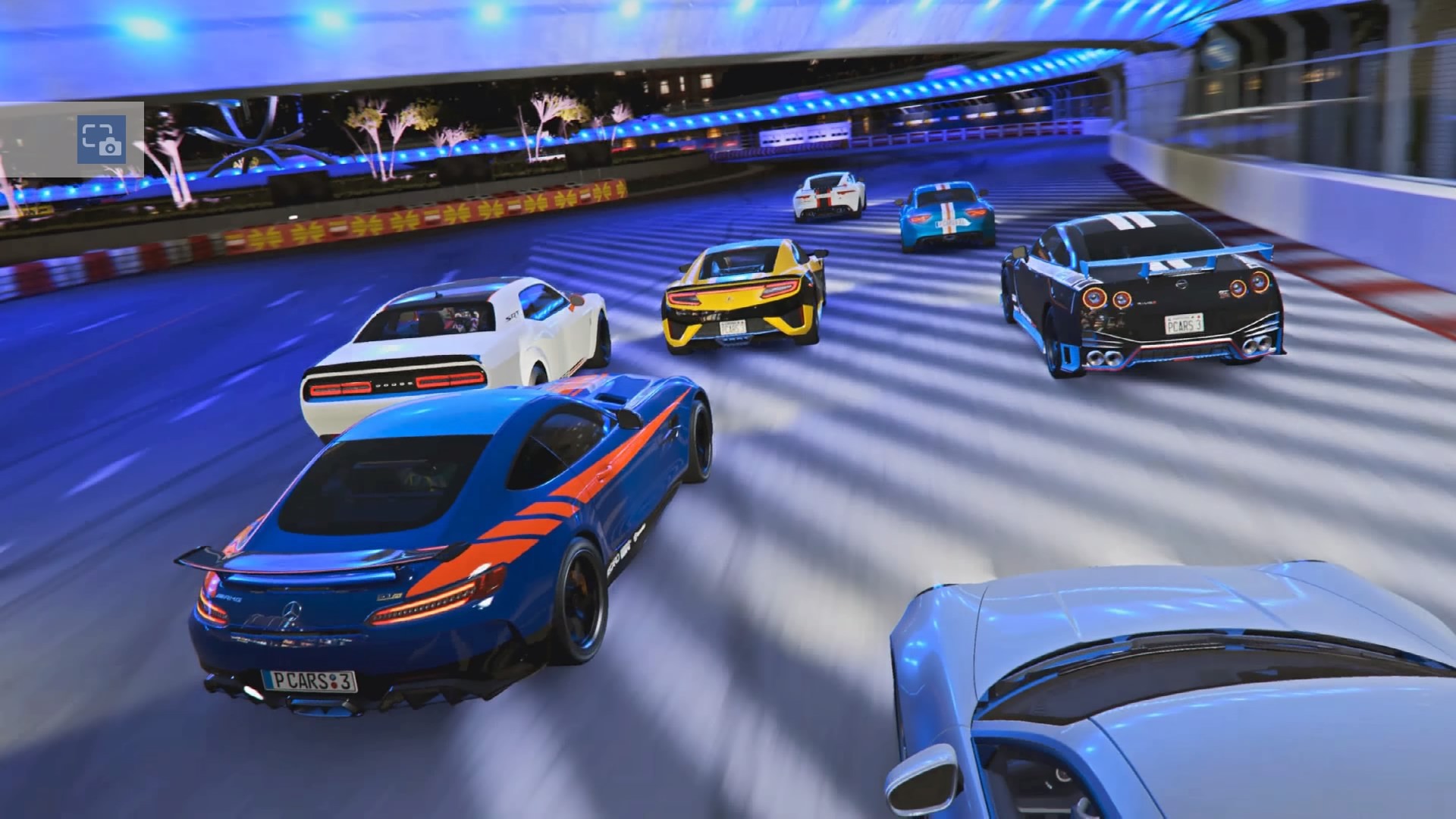 Time for an Overhaul

At its heart Project Cars 3 almost completely overhauled all the key aesthetics you knew and loved before and took the more casual route. The overall look and feel became more colorful and, like I said, arcade-y in nature – Which is a good thing especially for newcomers in the franchise as they don’t need to have prior knowledge on all the previous games. 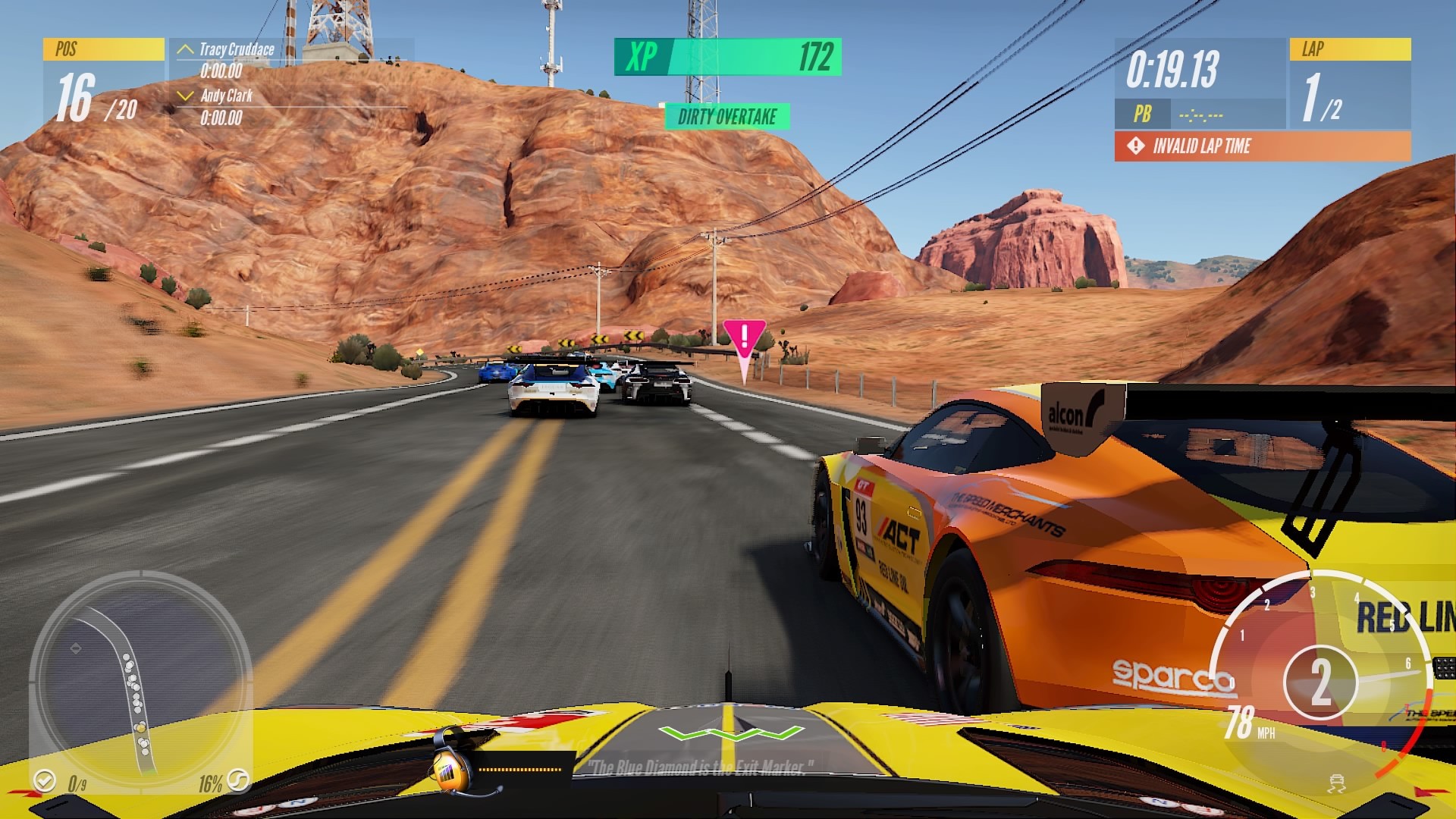 First off, for the new drivers the game eases you in on its tutorial mode that is really easy to pick up, though initially I found it a bit scattered but after the initial hurdle the game really bursts its way easy, especially with the game holding your hand in the first few minutes with all the driving assists. 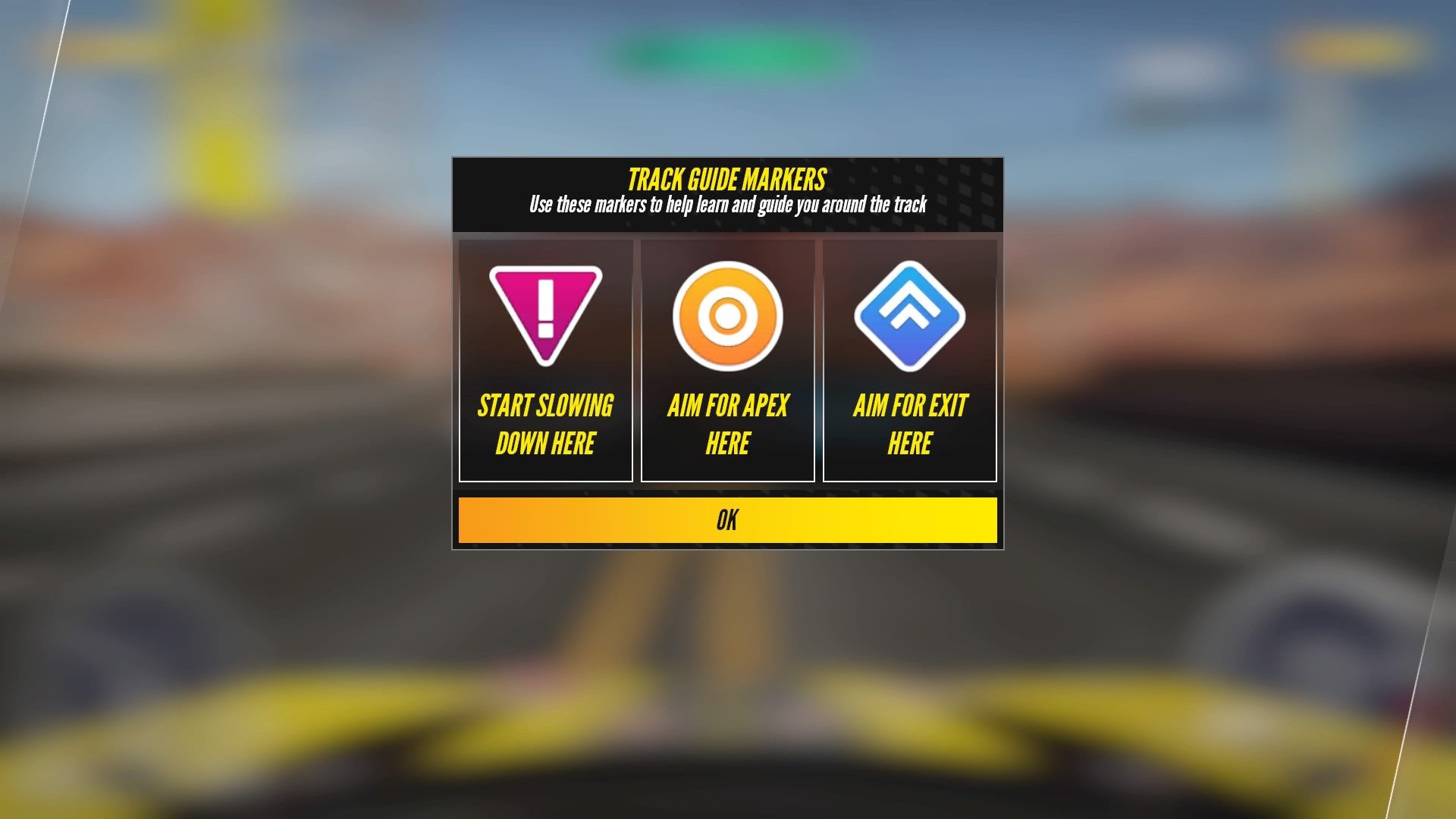 And I’m not even kidding on the part where they are holding your hand, because liberally scattered on the track are some handy guide markers letting you know in advance where to position and when to speed up or slow down. This is definitely a godsend during your first few races. 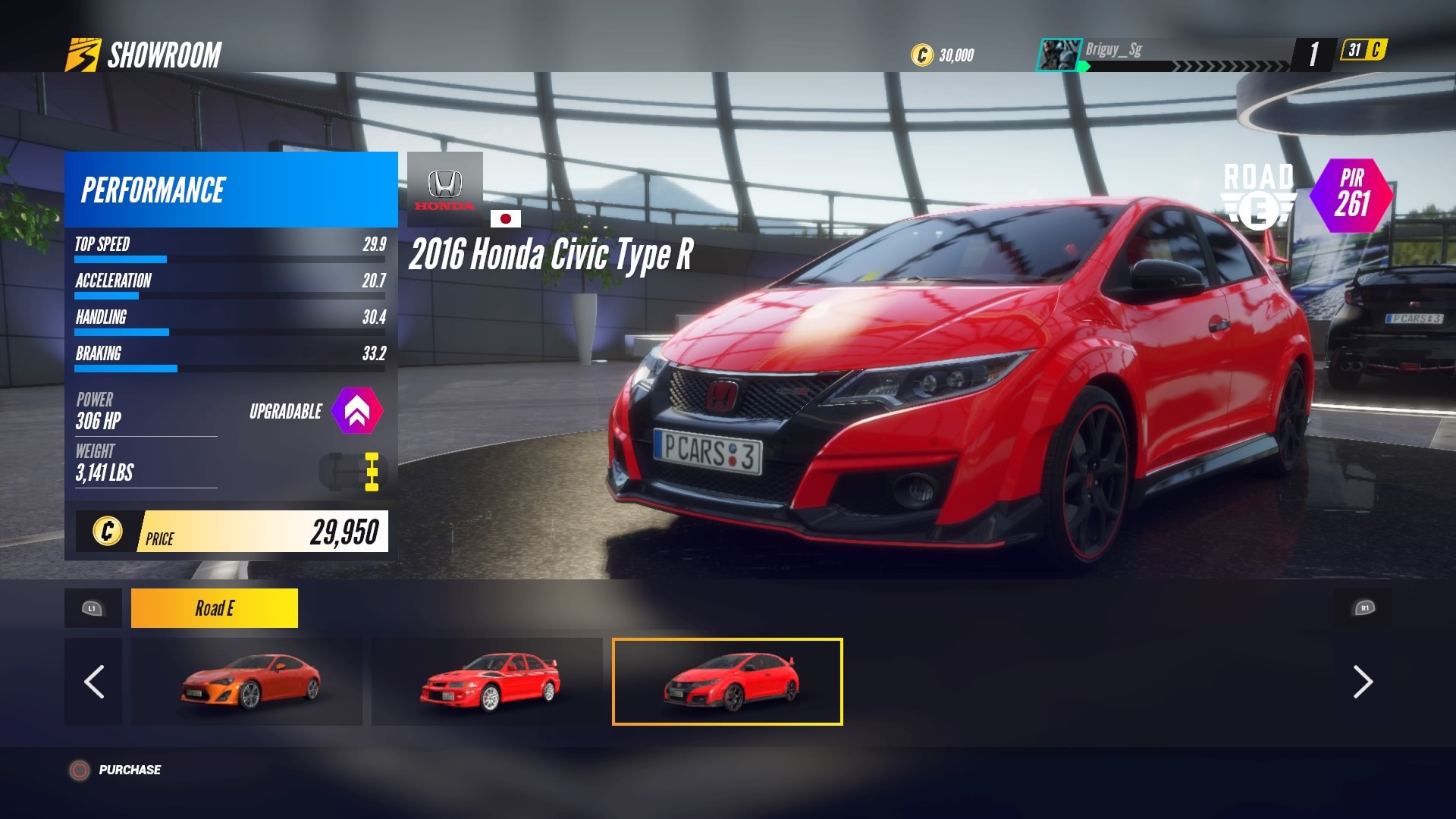 If the interface sounds like a case of simplicity in presentation for you, it would delight you to know that they did not skip on the truckload of content to be experienced in the game. Project Cars 3 has this in spades as you toy around with more than 200 cars a your disposal! From the Honda Civic Type R’s to the Jaguar F-Type’s of the world, all the popular car models are represented beautifully here. 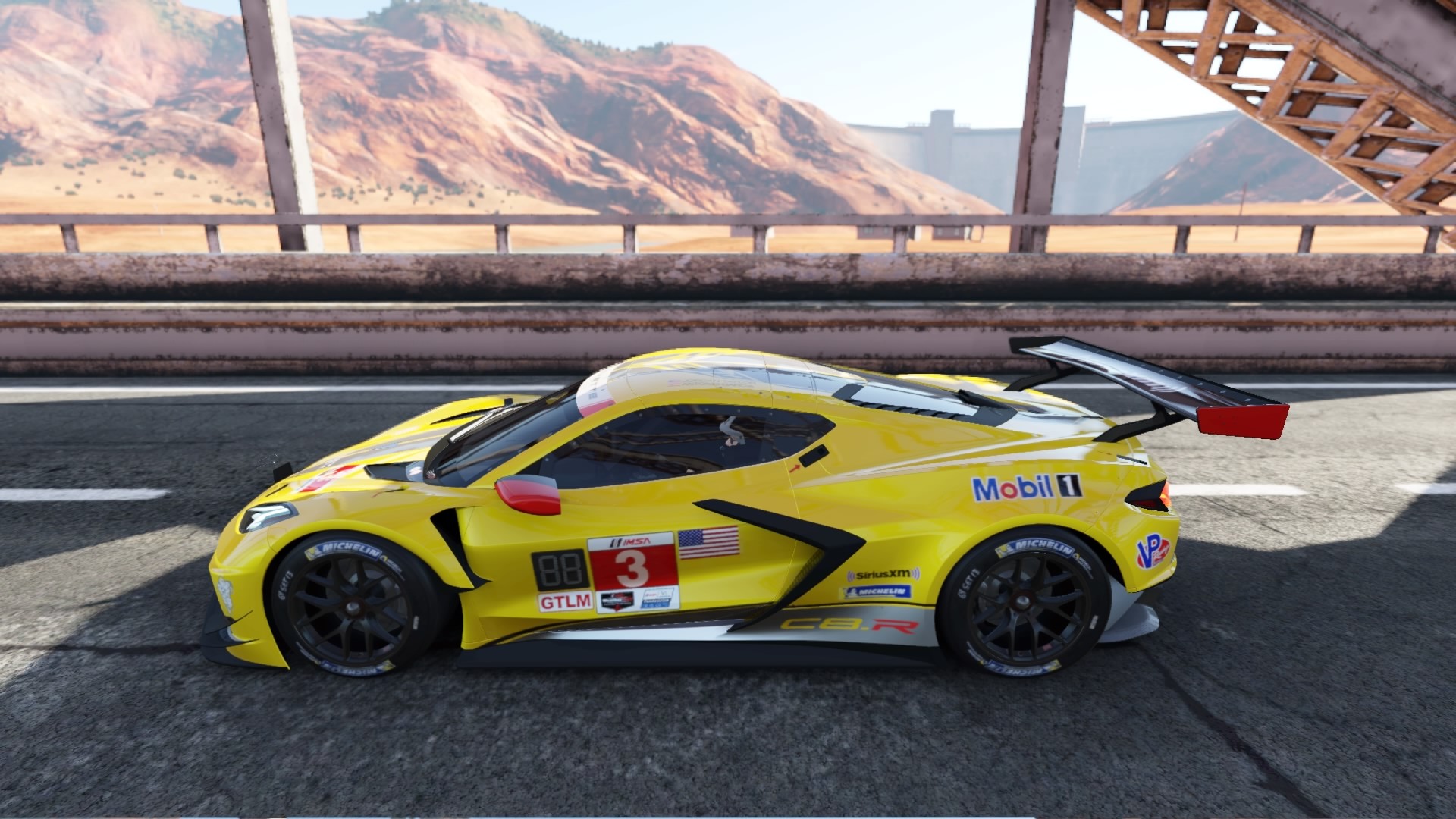 On the negative side, though the graphics are certainly eye-candy especially with the cars, there are some graphical let-downs here and there – some slow rendering on a few details that is very observable the background, most notably the flora and fauna like the grass and tress, which look like a step back a generation in gaming. Its a minor nitpick but for me it kind of detracts to the polish that they really intended to showcase, especially when playing on a console that is soon to bow out in style. 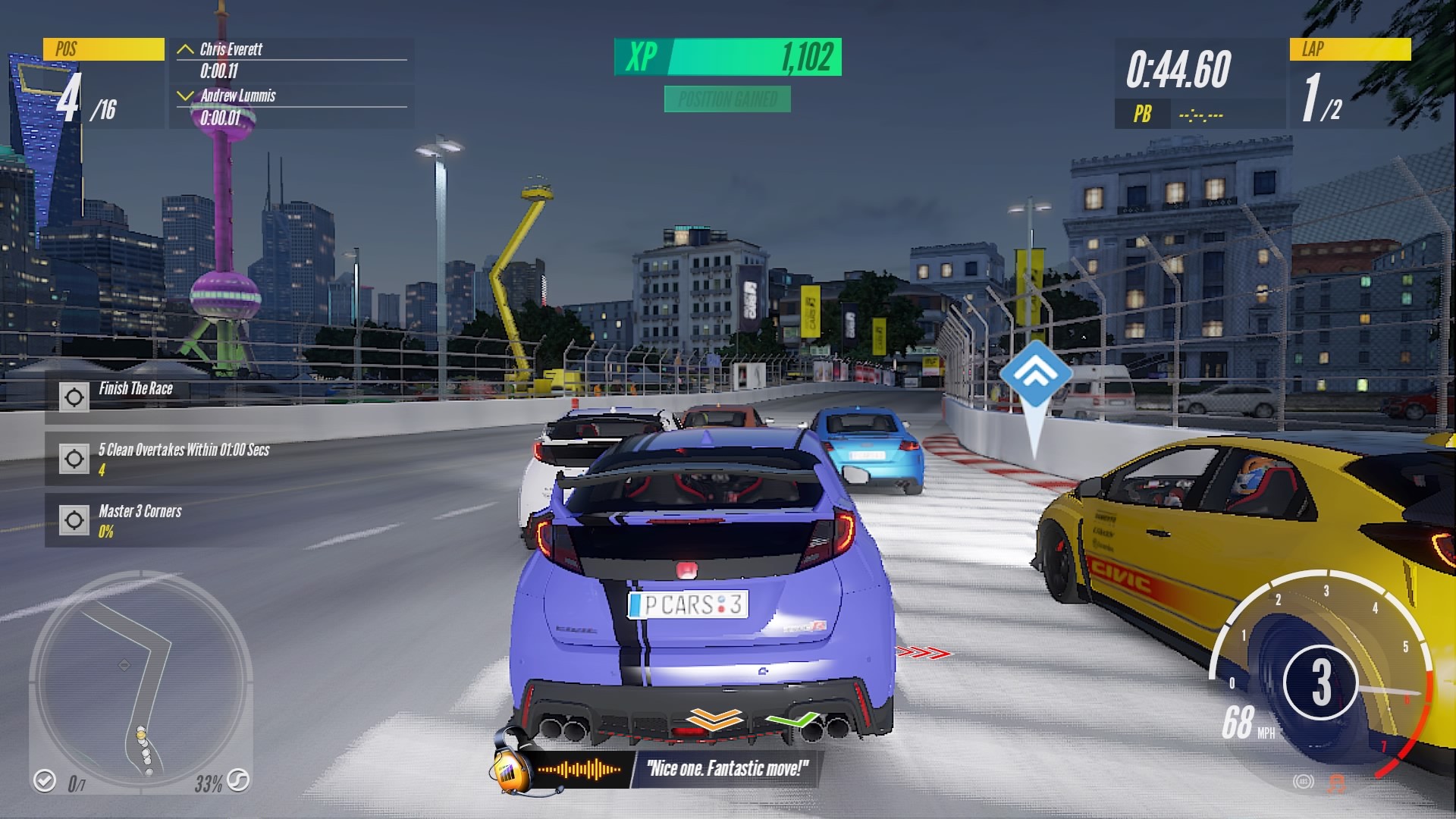 Also returning are the real-world tracks that you might be familiar with like the Fuji International Speedway in Oyama… I swear after knowing that Nürburgring is hear again, I instantly recall all the hours I sank on previous games. The return to some familiar roads is a nice touch. In all in all the game still provides the much-needed authenticity that simulation die-hards are definitely looking for. 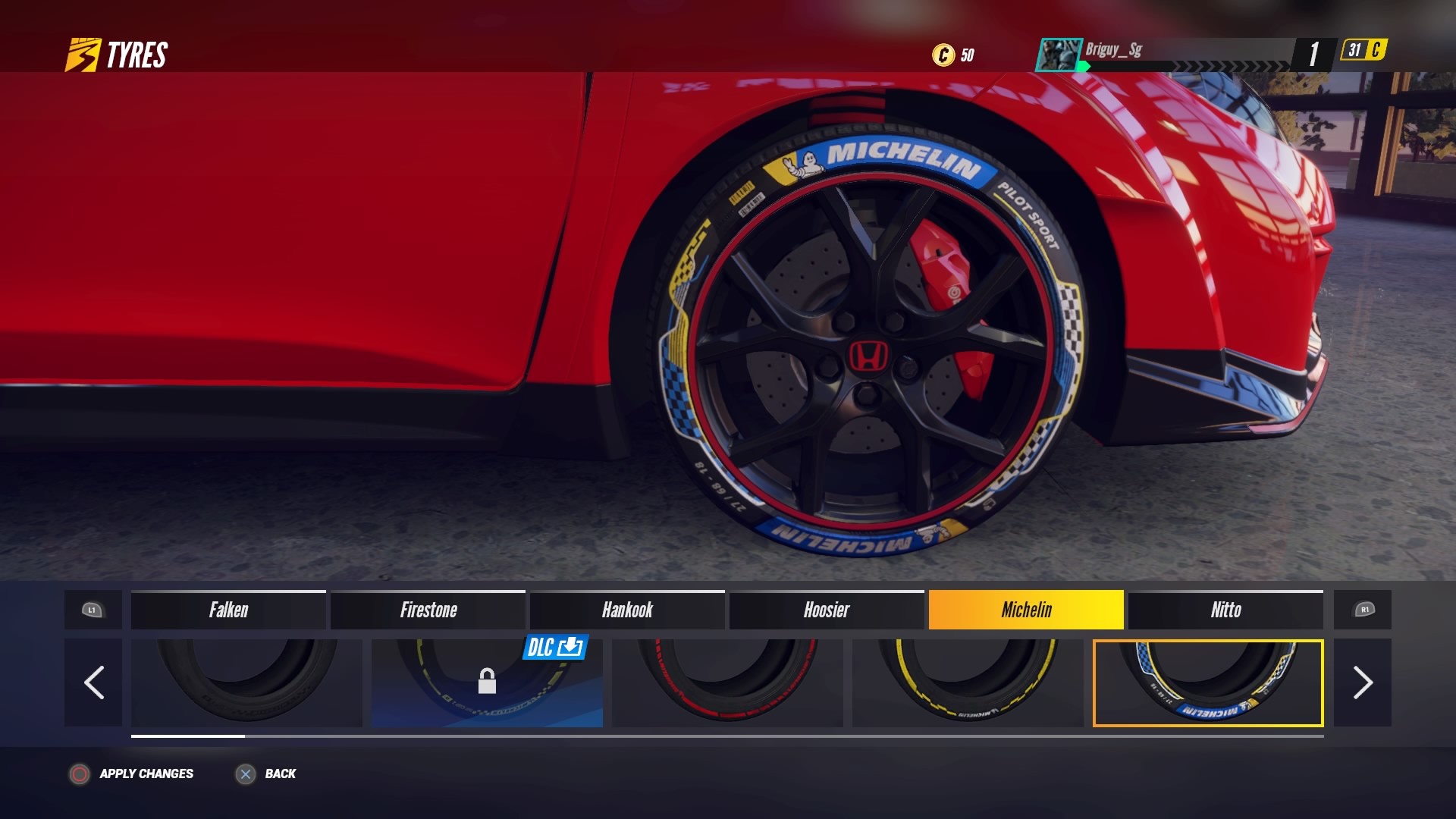 Perhaps a good chunk of the fun you will have here will come from all the customization with its tuning feature. In this mechanic you can mad scientist all you want and tinker with just about every bit of detail imaginable. With all the new chrome added to this game, you would really think that the developers really took their sweet time in threading that fine line between casual and technical, to which I praise them because they really did a great job in targeting polarizing audiences. 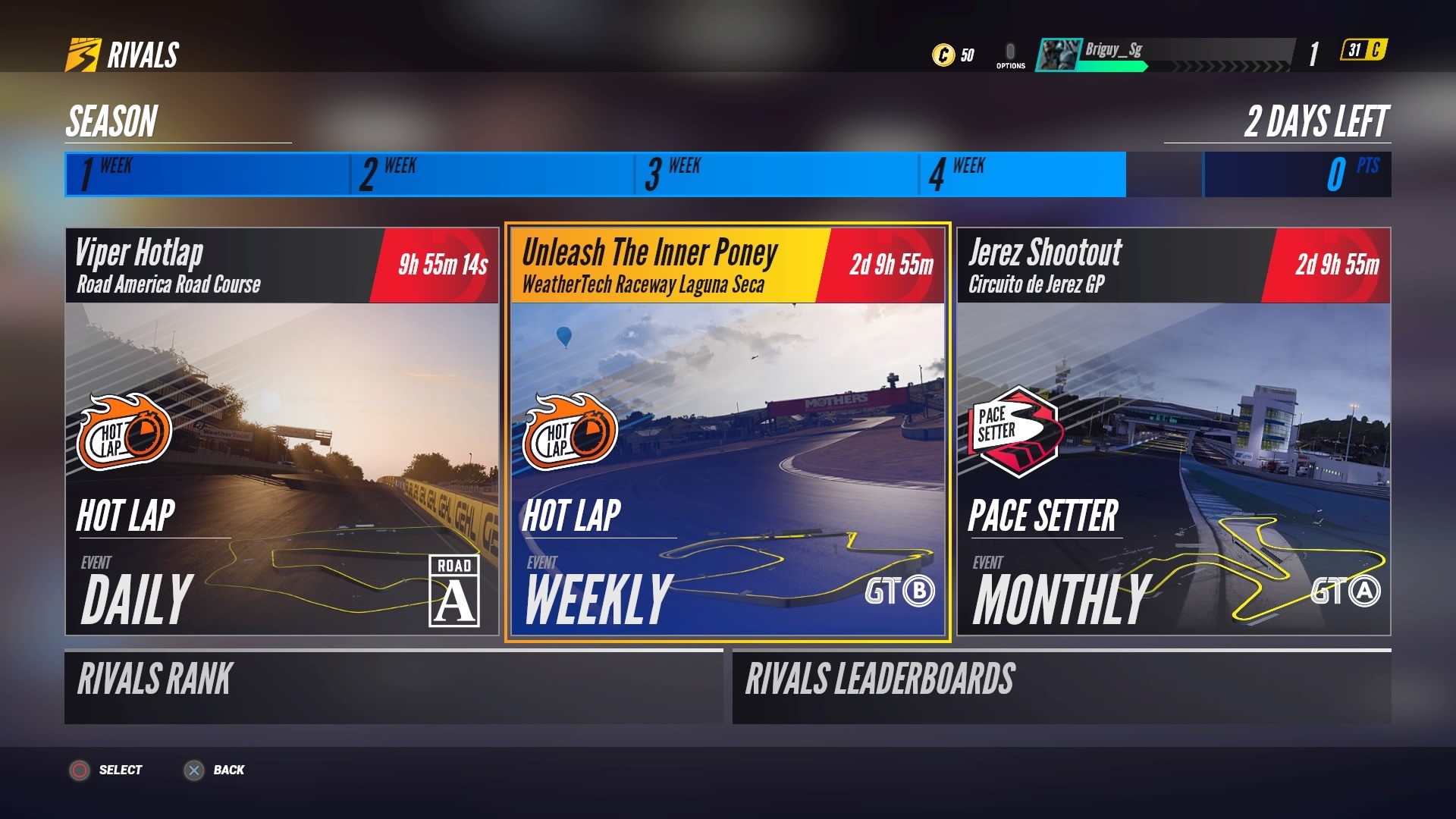 Shake things up with Rivals

If you get tired of the usual racing mold, you can change up the pace by trying its limited-time feature called Rivals.  Here, you compete in daily, weekly and monthly challenges where you try to achieve a high rank in the leaderboards by getting a good division finish, which in turn will award you with “Rival Points” that will determine your place during the event. These events are always rotating at a fixed time, so make sure to participate before the event ends. Not only is this feature a good way to test your skills and to improve your handling (because of tuning and vehicle restrictions), but by simply participating in Rivals the game gives you XP to further your driving career. 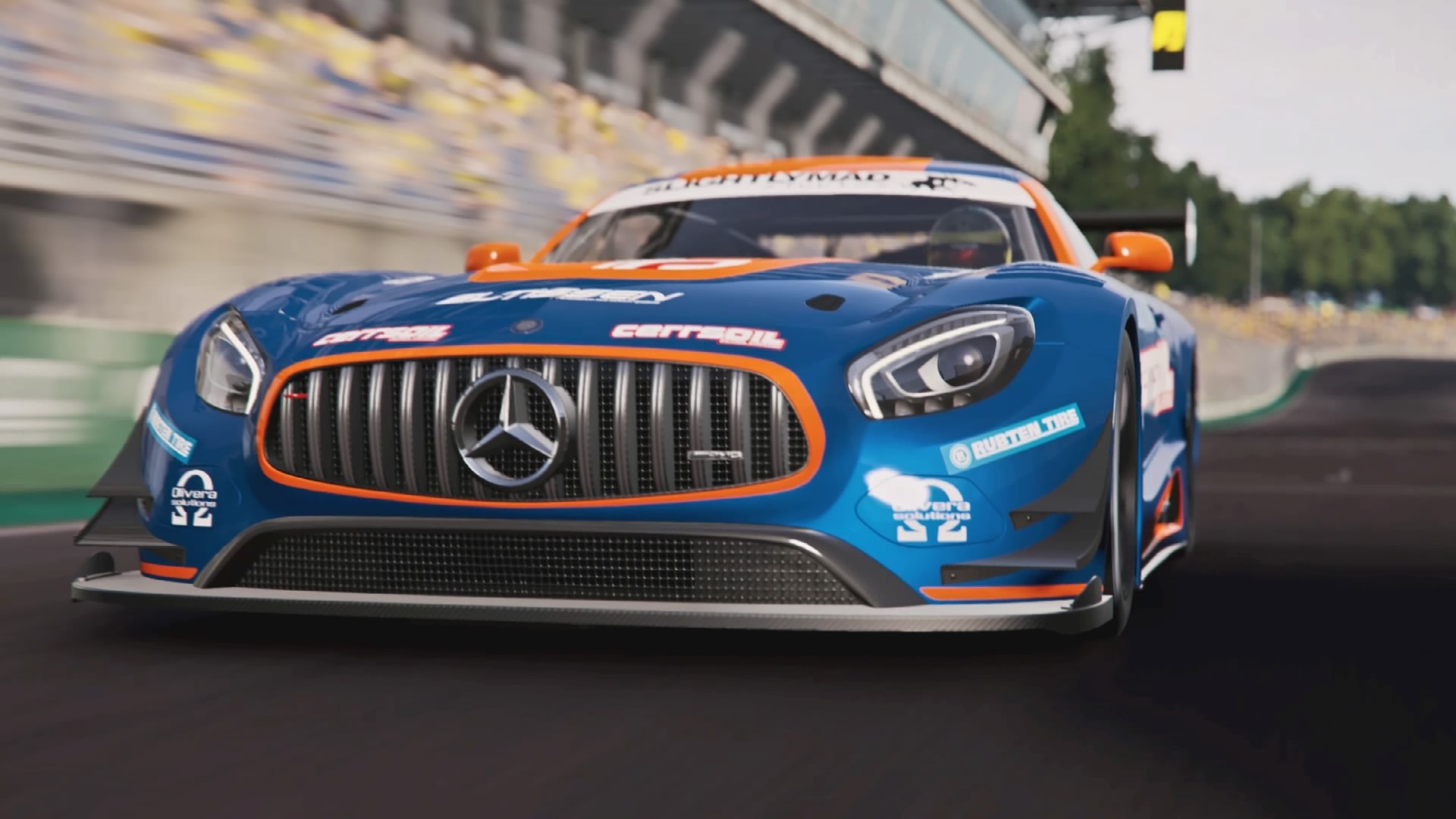 At the end of the line, ultimately Project Cars 3 delivers all the goods you would expect while pleasing both the casual and more seasoned gamers. Some improvements in the visual department could definitely push the experience to 6th gear but as far as recent racing titles go, I found myself really enjoying this title. For the vets out there, the new skin might throw you off at first, but personally I think that this change is for the better. 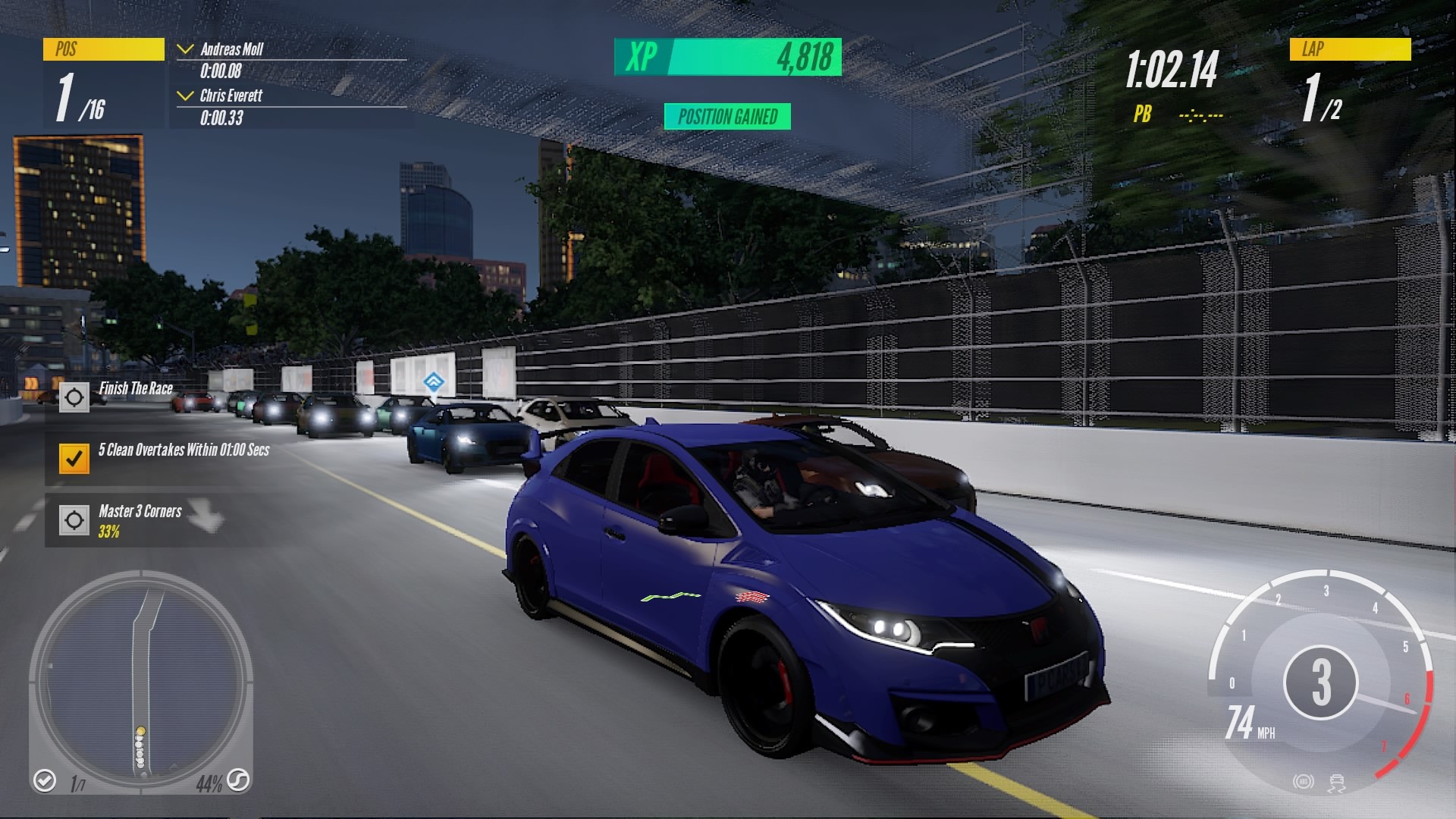 Project Cars 3 was provided to UnGeek via a review code and was played on the PlayStation 4.

Previous articleKFC Island returns to Animal Crossing, and the Colonel wants to visit your island!
Next articleBayani by Ranida Games is the only Filipino-developed title at gamescom 2020

Project Cars 3 review | Changing gearsProject Cars 3 just might be a shift in the right direction for the franchise. Automobile simulation nuts might find their enjoyment elsewhere but for the casual and even players who tried the previous outings, this game is definitely worth strapping yourselves into.