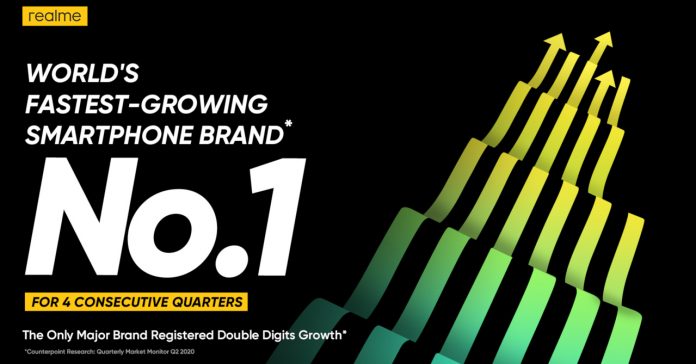 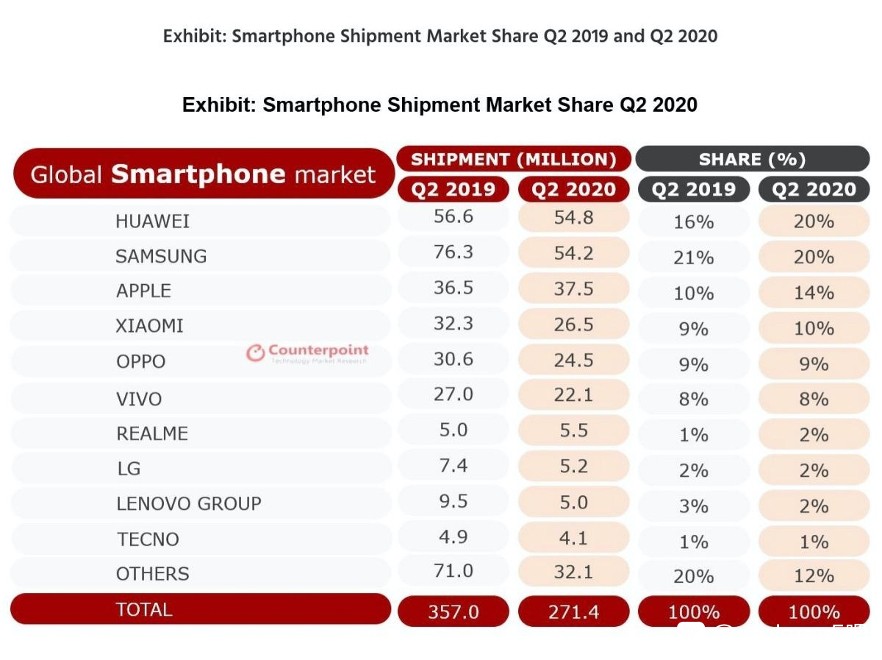 According to the Q2 2020 report of Counterpoint Research, realme is the seventh-largest smarthone brand in the world in terms of market share. Plus, the brand has also recorded 11% growth in the second quarter of 2020.

Meawnhile, realme also claims a fair share of the market in Southeast Asia as it records a 102% year-on-year growth in its Q2 2020 sell-in shipments, as reported by research firm Canalys. 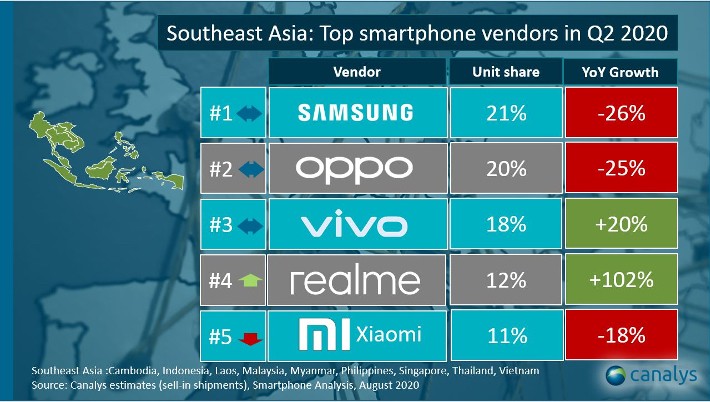 In the Canalys SEA report, realme is currently the 4th top smartphone vendor with a 12% unit share. This report includes data from Cambodia, Indonesia, Laos, Malaysia, Myanmar, the Philippines, Singapore, Thailand, and Vietnam.

What makes realme’s new record even more impressive is that the brand has grown to 40 million users in just two years. Considering the smartphone market is an incredibly competitive one, it goes to show that realme’s approach of creating devices for the youth is a highly effective one.

realme isn’t stopping there though, the brand is gearing up to launch even more high-value smartphones this year, including bang-for-buck 5G-ready devices.

- Advertisement -
Previous articleLog in to Fall Guys NOW and get this Legendary Prickles costume and 5000 Kudos
Next articleCheck out these new PlayStation Funko Pops featuring The Last of Us, Death Stranding and more