The teams are competing to represent the Philippines in an International tournament. 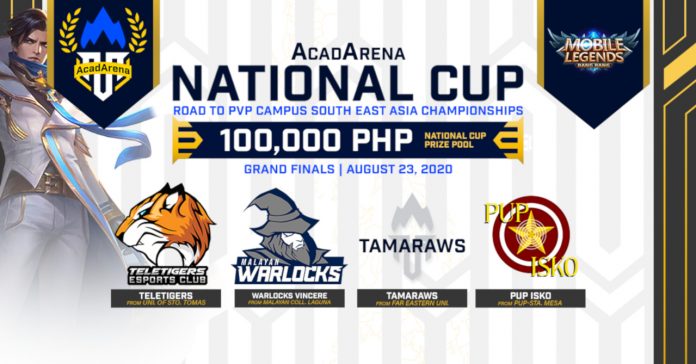 After weeks of grueling group stage battles against teams from all over the country the Esports AcadArena National Cup tournament is now down to 4 College Esports teams who all aim to become the nation’s pride in Collegiate Esports for the hit mobile game, Mobile Legends: Bang Bang.

The Teletigers from University of Sto. Tomas, Warlocks Vincere from Malayan Colleges Laguna, TAMARAWS of Far Eastern University and PUP Isko of the Polytechnic University of the Philippines have all ousted any opposition that came their way so far but this time, these teams will be up against each other in the Semi-Finals stage of the Esports AcadArena National Cup.

Built not just for the competition, some of these college teams are also supported by their clubs such as UST’s Teletigers Esports Club and the Malayan Colleges Laguna’s Malayan Esports Club through the Esports AcadArena Alliance Program, which aims to promote 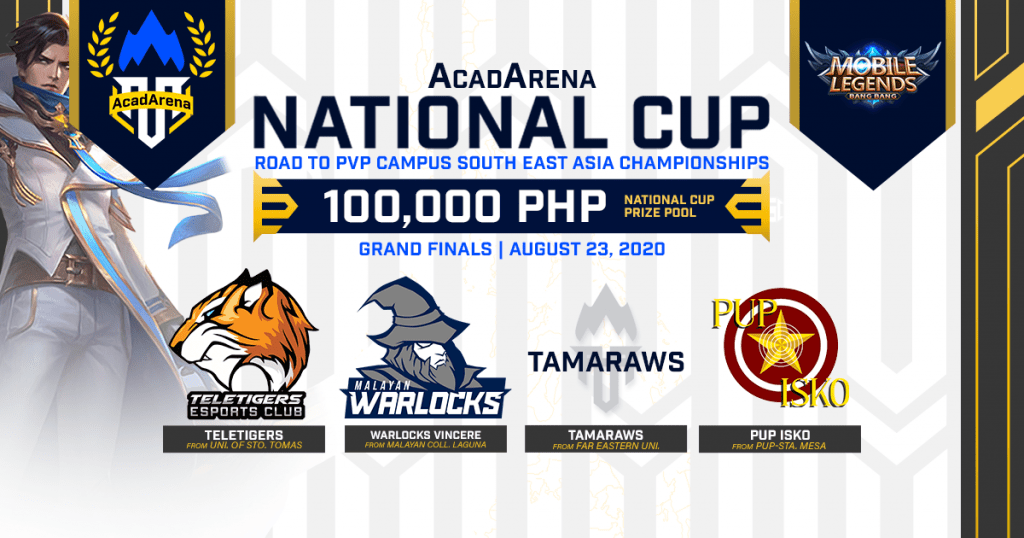 Esports culture and responsible gaming in Philippine schools and educational institutions. Application through the Esports AcadArena Alliance program is available at https://acadarena.com/alliance.

Together with the PHP 25,000 cash prize and the additional PHP 10,000 campus grant, the winning team of the Esports AcadArena National Cup MLBB Tournament will also be representing the Philippines in the upcoming PVP Esports Campus Championships 2020 this September, where they compete against the rest of SEA’s top MLBB Collegiate Esports teams.

All of this and more will be happening this Sunday, August 23, 2020 live at the official Esports AcadArena Facebook page, fb.com/acadarenaph. In addition to Mobile Legends, Esports AcadArena also hosts various video game competitions and tournaments available for campus esports teams and amateur players.

- Advertisement -
Previous articlePGA Tour 2K21 is now available on PS4, Xbox One, Switch, and PC
Next articleNew Study Reveals Technology Changes from COVID-19 Will Have Long-lasting Impact on Education